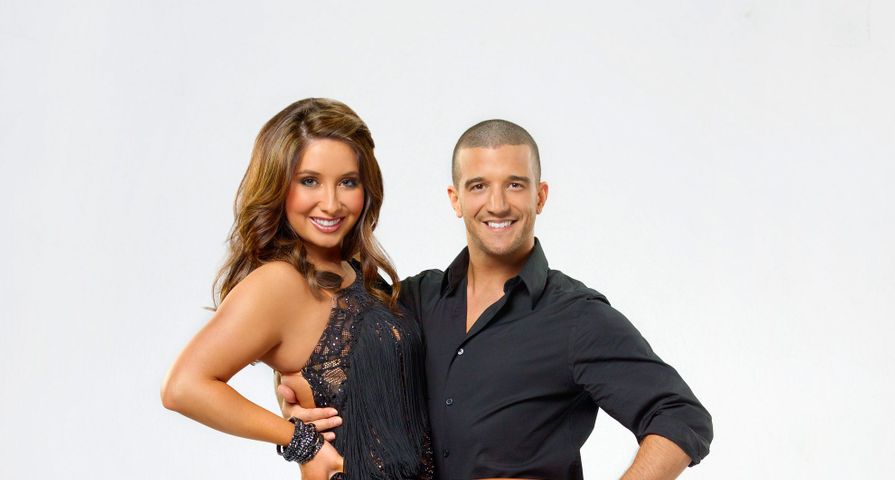 Sometimes celebrities are able to really pull it together on Dancing with the Stars; however, at other times, it’s obvious that they have been miscast because their dancing skills are just not up to par. Here are 16 celebrities who probably should have never been cast on the show:

Mike “The Situation” Sorrentino – from the reality show Jersey Shore – may have spent a lot of time in dance clubs, but that did not prepare him for his stint on Dancing with the Stars. He was voted off during the fourth week after Judge Bruno Tonioli called his Argentine tango “a terrible mess.” Nothing good came out of this experience. According to the former reality TV star, an injury during his time on the show led to his prescription painkiller addition.

When it was announced that Ryan Lochte would be joining season 23 of Dancing with the Stars, there were a number of people who weren’t happy about the decision because of the Rio controversy that it occurred weeks before. Ryan and his three teammates had been caught lying about being robbed in Rio during the Summer Olympics and the USOC and USA Swimming had just suspended Ryan as a result. Scandal aside, many of us also assumed that he probably wouldn’t excel at dancing. He’s a swimmer and they don’t have a reputation for being particularly coordinated on dry land.

When Michael Bolton – who was a contestant on season 11 of Dancing with the Stars – was on the show, he received one of the harshest critiques from judge Bruno Tonioli. He told Michael that he performed “the worst” jive he’d seen in his 11 seasons on the show. Michael didn’t take it so well and demanded an apology from Bruno, but he never got one.

Jerry Springer was cast on season three of Dancing with the Stars and he somehow lasted seven weeks. He couldn’t really dance, but at least he was entertaining, which explains why he was able to last so long on the show with his two left feet.

Master P got some of the lowest scores in the history of the competition when he was on Dancing with the Stars, but lucky for him, he became a fan favorite because of his offbeat personality. Still, he was kicked off after only four episodes, which is hardly surprising given his lack of coordination on the dance floor.

Apple Inc. co-founder Steve Wozniak is a great businessman; however, as a dancer, he left a lot to be desired. We have to give it to him though – he was really popular, which is how he managed to last as long as he did even after receiving some ridiculously low scores. It didn’t help that his dancing abilities were impeded by some really serious injuries, including a pulled hamstring and a fracture in his foot.

Wendy Williams’ dancing skills just didn’t impress the judges or the viewers when she was on the show during season 12. She and her partner, Tony Dovolani, were the second pair eliminated that season and it wasn’t a huge surprise given that their foxtrot earned some of the lowest scores and some pretty harsh criticism from judge Len Goodman. “To be honest, it was a struggle. It lacked fluidity. There was no movement. It was a dance more suited to the radio. It just wasn’t great to watch,” he told her and Dovolani.

Redfoo – from the electro-pop band LMFAO – was fun to watch during his short tenure on Dancing with the Stars. He really looked like he was having a good time. Unfortunately, dancing just doesn’t seem to be his calling. He looked like he was really out of his element, and the judges and fans agreed, as he was the first person eliminated on season 20.

One of the big reasons that Cloris Leachman was able to hang on as long as she did during season seven of Dancing with the Stars was because of the viewers’ votes. The judges weren’t impressed with her dancing skills and her low scores reflected that. Judge Carrie Ann Inaba made no secret of her disappointment in Leachman’s performances when she told her that she was sad that Toni Braxton had been eliminated a week earlier instead of her. Ouch!

Fox News commentator Tucker Carlson knew that he wasn’t a great dancer. He even compared himself learning to dance to being “like Einstein teaching addition to a slow child.” While he gave the competition his best – he actually took four half-a-day ballroom dance classes to prepare for it – he and his partner, Elena Grinenko, were the first pair eliminated during season three.

Texas congressman Tom DeLay didn’t have the easiest ride on season nine of Dancing with the Stars. He had stress fractures in both feet and continued to keep on going until week three when he decided to follow his doctor’s advice and leave the show. Sadly for DeLay, his brief stint on the series didn’t earn a lot of praise from the judges. In response to his and Cheryl Burke’s cha-cha-cha, judge Len Goodman said, “Parts were magic; parts were tragic.”

Kim Kardashian was on season seven of Dancing with the Stars and she and Mark Ballas were the third pair who were eliminated. Her dancing skills didn’t really impress viewers, judges or even Ballas, who said that she “wasn’t the best dance partner.” According to him, dancing just wasn’t her thing and we’re sure she would agree with that!

Paula Deen lasted six weeks on Dancing with the Star, which is amazing considering she wasn’t especially skilled on the dance floor. Even she doesn’t understand how she lasted that long. When she was finally voted off, many were relieved (including her). She was tired and ready to go home!

When Kate Gosselin was cast on season ten of Dancing with the Stars, she received nothing but criticism for her less than fancy footwork. In spite of this, she somehow made it to week five before she was voted off. Kate hadn’t had enough of dancing though. She reportedly asked to come back for season 15 but was rejected. This might have had to do with all the trouble that she had with her partner Tony Dovolani.

Mischa Barton was totally out of her element on Dancing with the Stars. Dancing clearly isn’t one of her strong suits and the criticism she received was clearly too much for her. She spent so much time almost in tears after her performances that it was a relief when she was finally eliminated after only three episodes during season 22.

Bistol Palin was on the show twice and her first stint during season 10 ended up causing some controversy. Even though she had received some really low scores for her performances, she somehow managed to keep evading elimination. As a result, some questions were raised about the integrity of the public voting process. In spite of all of the controversy, Bristol was invited back for the show’s fifteenth season, but she and her partner, Mark Ballas, were voted off in week four.