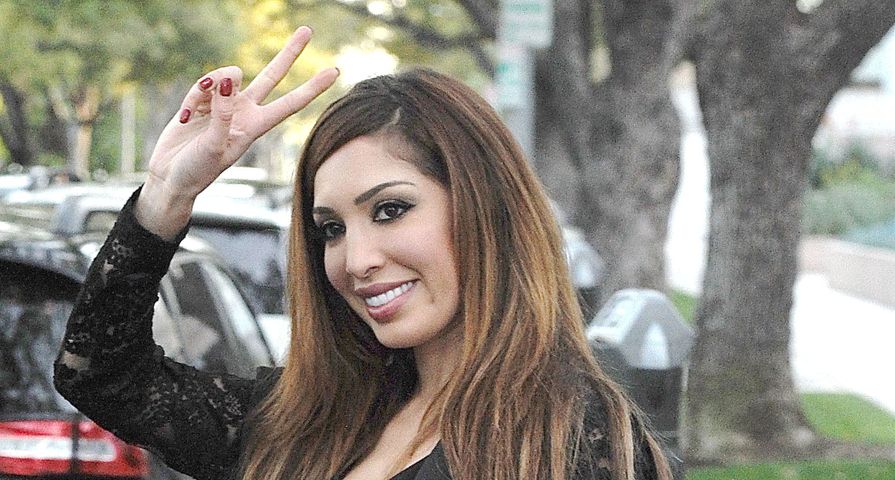 Teen Mom OG star Farrah Abraham is no stranger to fame and having her name in the headlines, and she also has no problem comparing herself to major stars.

The MTV reality star sat down for a new interview with the Nik Richie Podcast in which she discussed a lot of things including how much she is in the media because of the things she does and says, and the host, Richie, pointed this out saying everything she does “gets picked up” by the media.

“You are like Kim Kardashian. Anything Kim Kardashian says, automatic news. Do you put yourself into that category of Kardashian?” The 24-year-old is known for her seemingly twisted take on reality and responded by saying she thinks she has done more than the super famous Kim Kardashian. “I’ve been beating out Kim on a lot of things […] I think I’ve surpassed her in certain aspects. Then again, I conduct myself and my brand in a different way and my life in a very different journey.” Abraham also added, “I think I’m doing very well, if not better.”

Of course both Kim and Farrah have become famous off of sex tapes and reality TV shows, but it is pretty safe to say they aren’t on the same level when it comes to celebrity status. Kardashian is married to Kanye West and last year alone raked in an estimated $52.5 million, meanwhile Abraham has a net worth of $1 million.

Interestingly enough, Richie went as far to ask Abraham if she is sociopathic as many have described her that way, but since neither he nor Abraham actually knew what sociopathic was, he just asked if she thinks she is as self-absorbed as people think she is, and her response was classic Farrah as fans of Teen Mom will know. “No, I’m not self-absorbed. I think, cause now I do acting, and I do films and stuff, people say I’m so selfless and that’s why I’m so good at acting. They can’t even believe it.”