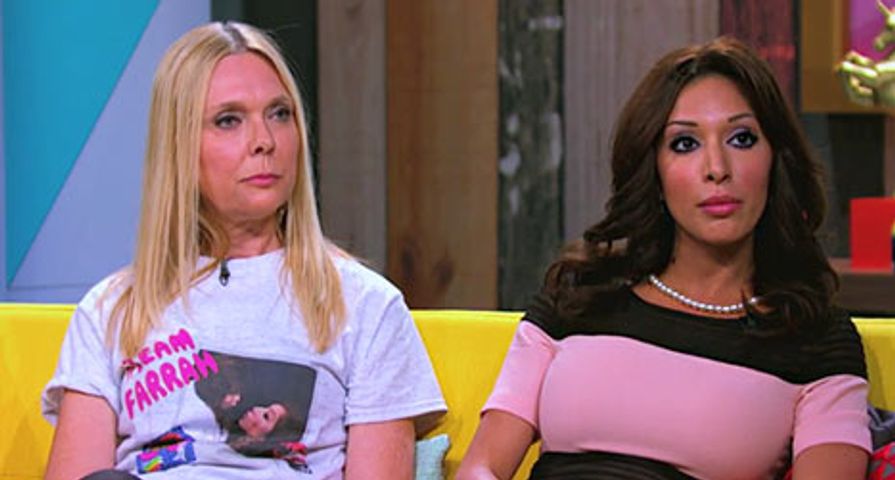 With a show titled Teen Mom, and as a spin-off of 16 and Pregnant, it is in no way surprising the MTV series is stocked full of drama. While having a baby at a young age is difficult enough, the women on Teen Mom OG, Teen Mom 2 and Teen Mom 3 all had it aired on the show, leading to a lot being revealed about their lives and relationships, and some of it was truly shocking and scandalous. On and off the screen the reality stars have gone through major ups and downs and tackled some big problems, handling some of them in not the best way possible, and thanks to their prominence as stars of the MTV series, whether or not the scandals were on the show, it could be guaranteed the media grabbed a hold of it. After several seasons, and 12 teen moms, check out the 11 biggest scandals.

Without a doubt, Jenelle Evans, 23, is one of the most dramatic people to ever appear on the show and there is not much she is involved in that isn’t scandal worthy. Unfortunately that also means her pets are involved in her drama and the Teen Mom 2 star has been accused of animal abuse when it comes to her dogs, not once but twice. In the summer of 2014, an episode of Teen Mom 2 aired in which Evans is left to take care of her and her then-fiance’s two dogs, while she was eight months pregnant with their son Kaiser and her fiance Nathan was serving time in jail. In the episode, Jenelle screamed at one of the dogs who broke out of his crate and made a mess of the laundry room, she then dragged him through the garage and shut him in a crate with another large dog. After the episode and several viewers voicing concerns for her pets, Jenelle received a letter from PETA and MTV posted a message at the end of the episode about animal abuse and an additional video from Jenelle explaining the stress she was under at the time. In the summer of 2015, she received major backlash again after sharing a clip of her dog Jax playing with a live firework; however, both times she just shrugged the issues off and attacked anyone who commented on the situations.

Teen Mom 3 star Mackenzie McKee has had quite a few scandals starting with getting pregnant at 16 after growing up in a religious household. After marrying her baby daddy and welcoming baby number two, McKee has stirred up some more controversy after apparently getting into talks with Vivid Entertainment to star in adult film star along with her husband Josh McKee. The tape never came to fruition although there were rumors that a tape between the two was stolen from her phone, however, maybe she never made the tape because she didn’t get the breast implants she wanted. Just before rumors about the tape circulated, Mackenzie caused a scandal when she started a crowdfunding campaign to pay for breast implants, but she quickly had the page deleted after the news went viral saying she didn’t know she was asking people to pay.

In terms of one of the stable people on the show Catelynn Lowell and her longtime boyfriend now husband Tyler Baltierra did everything they could to get their lives on the right track including giving their baby girl up for adoption. However, in the summer of 2012, a photo went viral of Lowell taking a bong hit at a party, and while in the scheme of things a bong hit isn’t a huge deal, everyone became very concerned given her mother’s history of drug abuse and Lowell and Baltierra’s own past experimenting with drugs which they revealed in their memoir Conquering Chaos.

Leah Messer and Corey Simms got pregnant with not one child, but twins after only a month of dating and were married a year later after welcoming their daughters into the world. Before their marriage however, the two were split up when Leah reportedly cheated with one of her exes. The scandal really hit when she cheated on Corey one week before their wedding, but didn’t tell him until the end of their six month marriage. Not long after her divorce, Leah met, dated, had a baby with and married Jeremy Calvert and it didn’t take long for rumors of a breakdown of their marriage to surface, along with rumors that she had cheated on Jeremy as well.

Back in 2011, Jenelle Evans was arrested and charged with assault after a brutal video went viral in which the then 19-year-old attacked another woman in a front yard in North Carolina. In the video, Jenelle hurled insults at the woman, Brittany Truett, before punching her in the face and taking her to the ground where she continued to hit her before someone pulled her off. In the end, it was revealed the entire fight was over Jenelle’s boyfriend at the time Kieffer Delp, and her lawyer argued that the whole thing was set up.

Amber Portwood has dealt with many issues through her time on Teen Mom, and while a lot of the focus was on her anger issues, there was the underlying problem of her addiction to prescription pills. While there was speculation about there being a problem, it wasn’t until after she went to jail and got herself clean did Portwood explain just how bad the problem was. She admitted she was high on opiates almost 24/7 while filming the show and the addiction began after appearing on 16 & Pregnant and being prescribed Klonopin to relieve post-birth anxiety. Child Protective Services became involved several times due to concerns for Portwood’s child Leah and while Portwood now remains sober and co-parents with her ex Gary Shirley, he continues to have the majority of custody of their child.

On the most recent season of Teen Mom 2, fans of the show saw problems and stress growing greater and greater for Leah Messer. Although she originally handled co-parenting twins with Corey and helping her disabled daughter keep up with her sister, the stress of three kids and a crumbling marriage with Jeremy Calvert, led to much bigger problems for Leah. Throughout the season issues of Leah developing a dependency to prescription pills became an issue and although she denied there was a problem, scenes showed Leah nodding off and Corey often spoke about her being passed out so bad her daughters couldn’t wake her up. Not to mention Corey confronted her that people in their small town would come up to him saying Leah was constantly looking for where she could “score” and would take anything she could get her hands on.

Following the most recent season of Teen Mom 2, the stars took part in the usual reunion special with Dr. Drew and it seemed Corey Simms and Leah Messer dropped a major scandal bomb. Corey and Leah were bickering back and forth and incidentally seemed to reveal they had slept together while Corey was married to his new wife Miranda. Leah asked, “Where were you at for the first few months of your marriage?” and when the discussion came to lack of communication and respect between Leah and Miranda, Dr. Drew asked if Leah and Corey had “continued relations” while he was with Miranda, which Leah seemingly confirmed. “Things happened that shouldn’t have happened and it was disrespectful to Miranda and I have apologized.” Given Corey’s history of being cheated on by Leah, this was a huge shock.

At this point, Teen Mom OG star Farrah Abraham is better known for her antics outside of life as a Teen Mom star than anything which is of course due to her infamous foray into the adult entertainment world. At first she tried to pass it off as a leaked tape, but it was quickly clear it was professionally produced and Farrah had agreed to the project. While that was extremely scandalous for a Teen Mom star, it didn’t help that she branched out in the industry with her own line of adult toys and continued to do appearances and promotions as an adult film star.

2. Farrah Abraham vs. Her Mom

Farrah Abraham has been a single mom to her daughter Sophia since Sophia’s dad, Derek Underwood, died in a tragic car accident before she was born. As a result, she relied on her parents for help and, starting in her episode of 16 and Pregnant, it was evident the relationship with her parents was very tumultuous culminating in her mom Debra slapping her on-screen and creating a huge scandal. While the issue was addressed and both agreed to go to therapy, in 2010 Debra was once again arrested after Farrah called the cops claiming her mom had choked and hit her. Debra ended up being charged with assault, but pleaded not guilty in the incident, and Farrah and Debra continue to work on their relationship, which is discussed frequently on the show.

Source: MTV
Everything To Expect From Teen Mom OG Season 7B

Jenelle Evans has easily been in the most trouble out of all of the Teen Mom stars. Since 2010 Evans has been arrested 10 times, three of which were in 2013 alone and has been involved with the cops on several more incidents where her boyfriends have been arrested. Unfortunately a lot of her interactions with police have been because of domestic abuse incidents with several of her boyfriends where she is not only the victim but also the attacker in some instances. While many of her arrests have been shocking, her drug addiction was also one of the biggest scandals on the show and truly terrifying to watch. When Jenelle was with Kieffer Delp, the two became very involved in heroin, resulting in the couple actually passing out from the high while being filmed for the show.