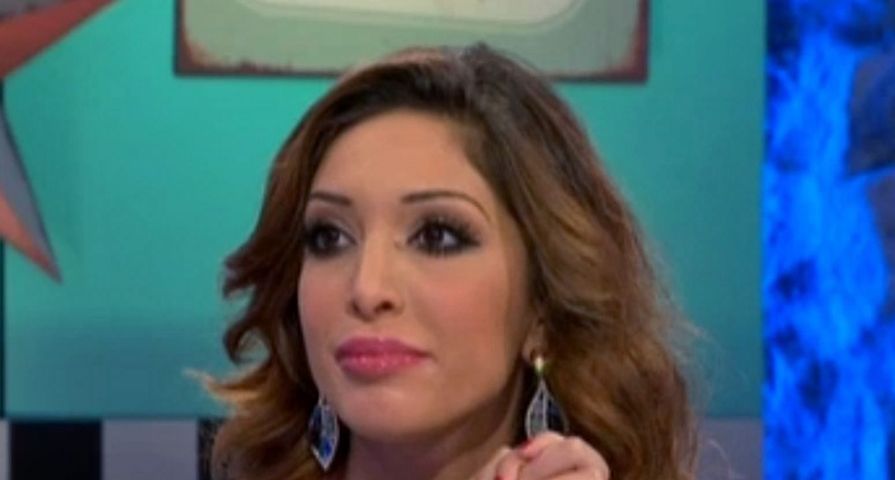 Farrah Abraham may have gotten her start on Teen Mom, but the reality star has taken her drama and controversy way outside of the MTV Teen Mom world. Although she continuously says she is “positive” and doesn’t focus on the “haters,” Farrah sure has a fair amount to say to and about those people, and has been in some very big feuds in a short period of time. Abraham has received serious backlash after diving into plastic surgery, releasing an adult film, and portraying some very questionable behavior towards others on Teen Mom. She definitely thinks she is a bigger star than she is and will take on anyone who tries to tell her otherwise. Check out her 9 nastiest feuds!

Fans of Teen Mom are well aware that Farrah Abraham was invited and then uninvited to Lisa Vanderpump’s exclusive White Party after being told she was too “controversial” and not the type of person they wanted in attendance. After being uninvited, Farrah decided to crash the event and only four minutes later was escorted out. When asked about the controversial star, Vanderpump said she had no control over the guest list, but added a jab at Farrah stating, “I certainly wouldn’t know her if she sat on me!” Of course, that didn’t fly well with Farrah who told TMZ that Vanderpump was obviously lying about not knowing who Farrah is, and added her own jab, stating, “Maybe her Alzheimers kicked in, ya know? Maybe she shouldn’t be on TV.”

Teen Mom OG fans are well aware that Farrah has had her issues with some, if not all of her Teen Mom cast-mates, and one of the most recent feuds was on the last season of the show between Farrah and fellow Teen Mom star Maci Bookout. After Farrah’s move into the world of adult entertainment, she was left out of the season of Teen Mom OG because of concerns from cast-mates on her image. When she was brought back, Maci was the most upset and threatened to quit the show. The tension between the two came to a head during a NYC press tour in which Farrah shouted at Maci, “Hey Maci, why are you here? I think you should not be here because you don’t want to be here. Bye-bye! My life’s not about porn. I have a child too, I see her every day, and it doesn’t affect her.” Maci would not back down or apologize and left the conversation, stating Farrah addresses her “like a dog,” adding, “I can have better conversations with my 6-year-old.” 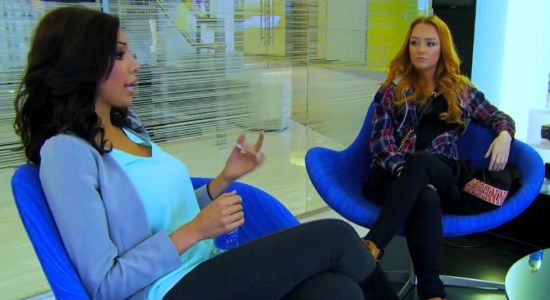 The Teen Mom star reached a new level of reality celebrity when she appeared on Celebrity Big Brother UK, where she unsurprisingly had a feud with a co-star. After being evicted from the house, she appeared on a panel for the aftershow Celebrity Big Brother Bit on the Side and ended up in a physical altercation with co-star Aisleyne Horgan-Wallace. While Abraham was answering a question, Wallace heckled her, causing Abraham to respond with, “Hag, be quiet. Hag, be quiet.” Sure enough Wallace ended up throwing her champagne glass, and Abraham threw two of her own which ended up sending another contestant who was stuck in the middle to the hospital. Now there are lawsuits pending on all kinds of sides, and this feud is far from over.

As mentioned, Farrah has feuded with quite a few Teen Mom co-stars and one of the worst was with Catelynn Lowell and her now husband Tyler Baltierra. Farrah has always thought she was better than all of her castmates and when news leaked of Catelynn and Tyler’s second pregnancy after giving their first daughter up for adoption, Abraham criticized the pregnancy calling it a “poor decision.” Both Tyler and Catelynn took to Twitter to respond, writing things like, “Huh bad choices?!? Hahaha I didn’t make a so called ‘sex tape’ but WE make the bad choices? Seriously her comments made my night!” Both sides hashed it out on Couples Therapy in 2014 but, in late 2015, an Instagram video surfaced in which some Teen Mom stars were out for a night and Catelynn is seen saying, “To Farrah, that h-ebag. Amen to that b–ch,” before taking a shot. Farrah then responded on Instagram and, needless to say, she was not invited to Cate and Tyler’s wedding this past summer. 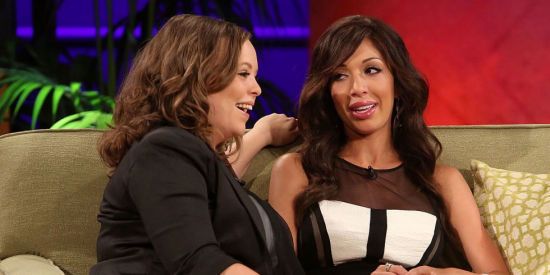 Many would assume Charlie Sheen and Farrah Abraham would get along given their penchant for talking trash about other people with no care in the world, their all around controversial status and of course her involvement in the adult entertainment world, but back in 2013 the two were anything but friendly. The two started by texting about meeting up for a role for Abraham on Anger Management; however, after she leaked the texts Sheen lashed out with some very Sheen specific insults. Abraham then responded with her own unique insults including, “So for a old train wreck like yourself you sit in your own pedestrian troposphere of lame-suck and zero-life, enjoy your dwindle…” Needless to say she didn’t get the role. 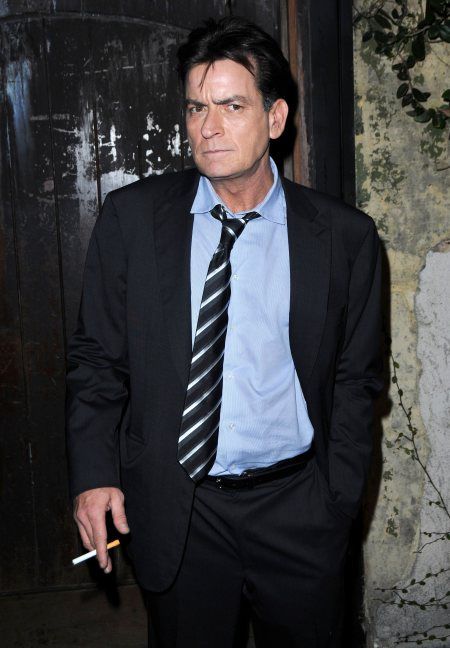 Farrah really can’t appear on any show without making a new enemy and the same could be said of her stint on Couples Therapy, where she became the first person to appear without another half for the therapy. After filming Real Housewives of Beverly Hills star Taylor Armstrong spoke out about being rubbed the wrong by Farrah and even called her a “f–king rat.” Abraham responded in her classic way by calling out Armstrong’s own faults: “I would just hope that the insults came because of her habits, or maybe is it bereavement…kind of going through depression..those type of things. Is it her acting out of that or is it out of jealousy?” 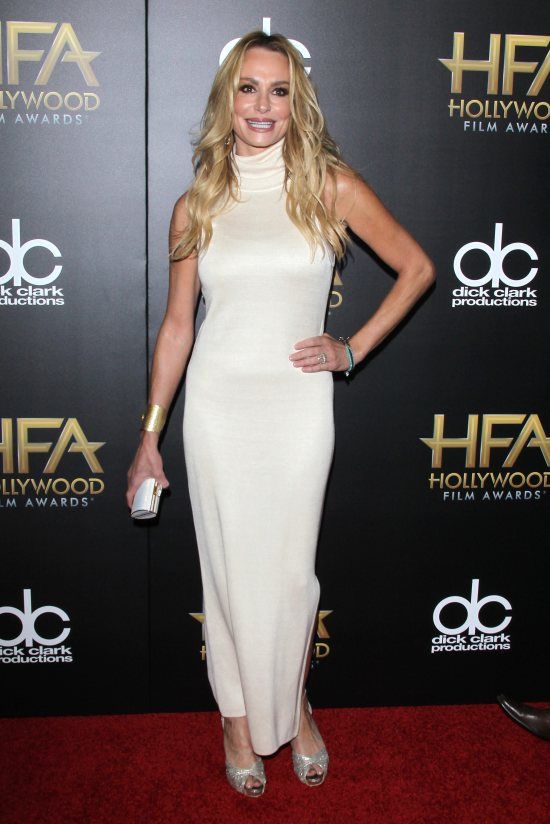 Farrah expanded her Teen Mom feuds when she began a fight with Teen Mom 2 star Jenelle Evans. It all seemingly began when Jenelle slammed Farrah’s appearance on Couples Therapy, saying Farrah staged a relationship just to get on the show where coincidentally her “boyfriend” did not appear. A few months later Farrah criticized Jenelle’s decision to have another child while not having custody of her first son, Jace. Evans replied on Twitter with, “I was waiting on ‘Miss Pornstar’s’ comments, lol. She has to always stay relevant in the media or she’s afraid she will be forgotten fast.” Farrah retaliated, as did Jenelle’s boyfriend at the time, Nathan, resulting in Farrah responding with, “You know what? I really don’t pay attention to white trash.” 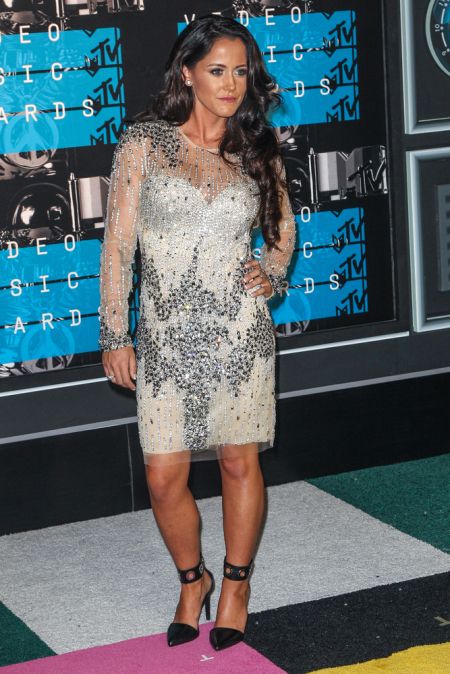 Somehow Farrah always ends up in feuds with people who can sling the same mud at her, yet always tries to make it seem she is better than them, and she had no problem taking on the biggest family in the entertainment industry right now, the Kardashians/Jenners. On the first episode of Khloe Kardashian’s new show, she mocked Farrah in a skit portraying Farrah’s feud with Nicki Minaj. After the skit, a group of guests discussed the feud including Kendall Jenner who stated, “I don’t really agree with a lot of Farrah’s decisions in life. That’s why I’d say I’m on Nicki’s side,” while Khloe agreed. Farrah wasted no time in responding on social media, posting a photo of a throwback Kardashian-Jenner Christmas card photoshopped to feature Kim Kardashian’s ex Ray J with whom she has an infamous sex tape and the card read, “I made this whole family famous with my d–k!!” and Abraham added, “#Lifechoices @KendallJenner.” 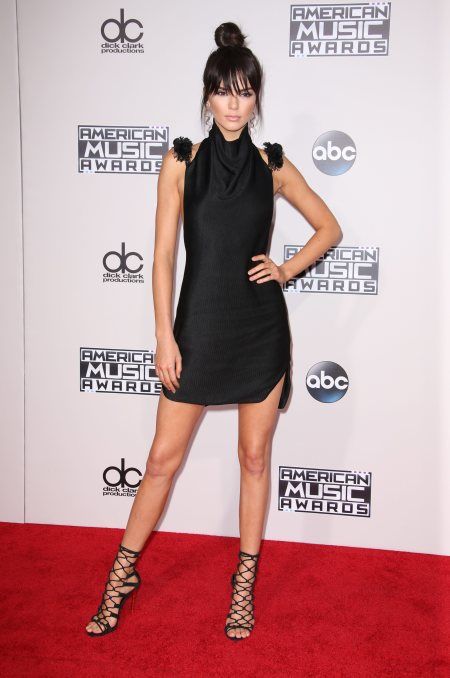 Last, but certainly not least, is the feud that started the last, the back-and-forth between Farrah Abraham and superstar Nicki Minaj. Minaj tweeted some nasty words at the Teen Mom star have apparently watching a recent episode of Teen Mom OG and reacting to how Farrah treats her mom on the show, calling Farrah a “c–t” several times. After Farrah responded, a back-and-forth began in which they both slammed each other. After it all seemed over and done with, Abraham took it one step further to post a video from her 6-year-old daughter’s Instagram account in which Sophia Abraham calls Minaj a “loser” and Abraham has now stated she will no longer allow her daughter to watch Minaj’s videos or listen to her music because she is a “bad influence.” Oh the irony.