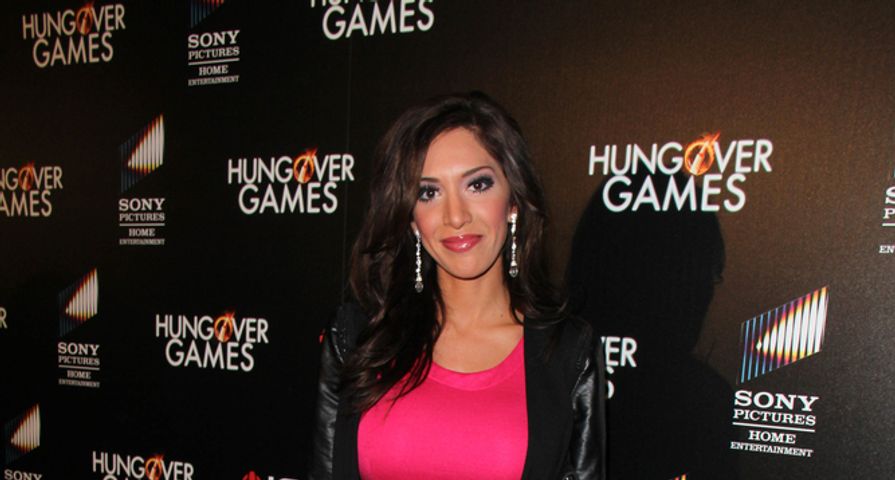 Teen Mom Farrah Abraham is coming under fire again for her questionable parenting style – this time for controversial photographs of her young daughter.

Yesterday, 25-year-old Abraham shared Instagram photos of her daughter Sophia, 7, at a photo shoot. The picture showed Sophia wearing a blue gingham bathing suit with red ruffles, and heavy makeup on her face. The mother captioned the photo, “Happy #sunday @rlsmodelsphotography God gave me an extraordinary young lady @sophialabraham I’m so blessed – excited to see all the great things flourish in Sophias life journey #blessed #beauty #photography.” She also uploaded the image to Sophia’s Instagram account with the caption, “#swim had a great shoot with @rlsmodelsphotography one to remember #summer2016 #photoshoot #kids.”

Instagram users came down hard on Farrah for the photo shoot. “You never want to brush her hair or put any effort into her looks any other time unless it’s a modeling gig that you can profit from,” one user wrote. Another wrote, “What the hell is wrong with you Farrah? I hope child services takes Sophia. You are a horrible horrible mother!”

Farrah is no stranger to criticism about her parenting. In 2013, she caused uproar about her decision to wax her then-year-old daughter’s eyebrows. In an interview with Good Morning America, Abraham said, “People just kept commenting on a unibrow. And I was like, maybe I am letting it go too far.” She stood by her decision to remove the hair by saying, “If I can help my daughter in a little way by just plucking a few hairs … I think I did something right.”