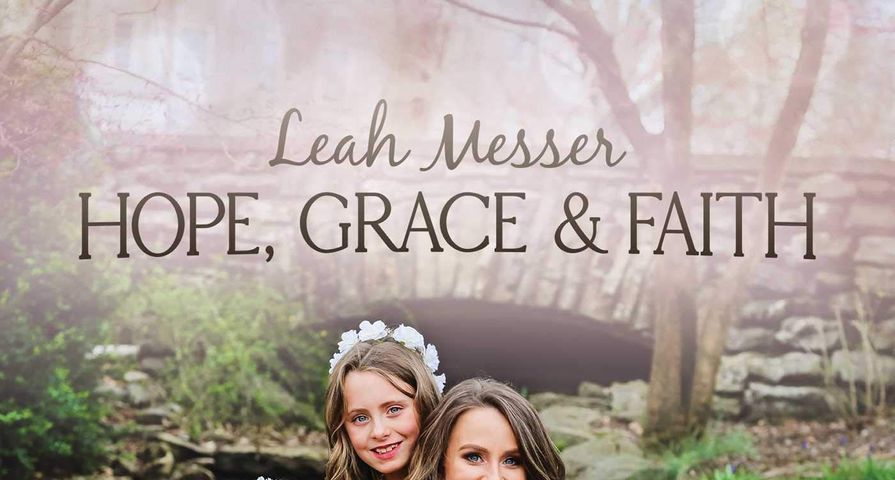 Teen Mom 2 star Leah Messer is ready to tell her story, her way, in her upcoming memoir Hope, Grace & Faith.

Messer was first introduced to MTV fans in 2010 during the second season of 16 and Pregnant. Shortly after she was selected as one of the leads for the spinoff series Teen Mom 2, and she has been sharing her life with fans on-screen for the decade since.

Despite sharing so much of her life, there is so much more that happened behind the scenes that fans never knew about. In her book Messer details a very traumatic and abuse-filled childhood, but also reveals that a lot of what was shown on Teen Mom 2 wasn’t what it seemed.

In the book, Messer opens up about her drug addiction, which fans saw play out on-screen, but she always denied. In her book, she reveals that she doesn’t even remember filming some parts of the show. “A lot of that period of my life is just a blackout to me. Even though people will tell me I did things. I don’t remember, or I’ll watch footage of myself on the show and have no memory of it,” she writes. She also reveals that her pill addiction started after a botched epidural from her daughter Addie’s birth led to a spinal leak and being prescribed narcotics for the spinal headaches and the pain.

Among many of her bombshell revelations in the book, another that will surely surprise fans is the reality of what happened in her divorce from Corey. In season two of Teen Mom 2, it was revealed that Leah had cheated on Corey the week before their wedding with her ex-boyfriend Robbie Kidd and when Corey found out they divorced. In Hope, Grace & Faith, Leah reveals that Corey actually knew about the incident for six months and they had moved on, and they were actually fighting over her wanting a new home and Corey wanting a new truck instead when they split.

“I got a call from one of the producers who said she had talked to Corey and he had told her that we were splitting up because I cheated on him. I was taken aback that this was coming up now, even though we had agreed six months earlier to put it behind us, but she said it was still an important part of our story and Corey had already agreed to film about it.” She adds, “What bothers me about how it all played out isn’t that I got called out on the show for cheating on Corey, it’s that I felt like I had been manipulated into a situation where it looked like I had been lying to him about it and that’s why our marriage fell apart [..] I still believe that we might have been able to work through our problems, but once he put it out there that I had cheated he start-ed getting pressure from everyone around him. We had parents involved, we had producers involved, we had an entire show involved, and the next thing I knew he hired an attorney and we were filing for a divorce.”

Teen Mom 2 fans can find out all else that Leah reveals when Hope, Grace & Faith is released on May 5.