Teen Mom 2: Things You Might Not Know About Chelsea Houska 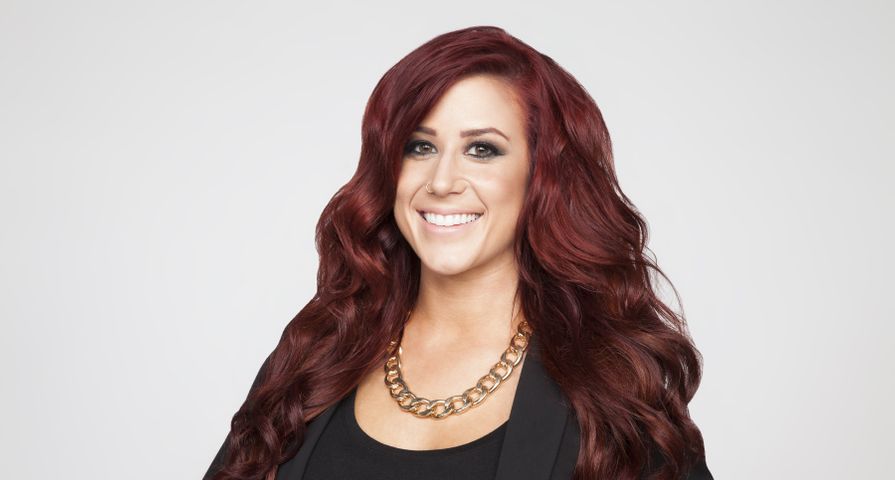 The success of MTV’s series 16 and Pregnant led to a major life change for eight ladies who appeared on episodes of the series and were then selected to star in the spin-offs, Teen Mom OG and Teen Mom 2. After a dramatic pregnancy that involved fighting with her baby’s father and the five week early arrival of daughter, Aubree, Chelsea Houska has now become a star of Teen Mom 2 and she has openly shared her journey of adjusting to life as a young, single mom, getting a degree and a job, and dealing with co-parenting with someone like Adam who had quite a few run-ins with the law. Chelsea is one of the least dramatic of all the Teen Mom stars, and for the most part, everything seems to go well for her thanks to her large support group of family and friends, but there are some things not known about the star. Check it out!

Although Chelsea’s dad Randy and occasionally her mom, Mary, make appearances on the show, the rest of her family has made it clear that they have no interest in the Teen Mom fame. It turns out Chelsea is the youngest of four girls. Her oldest sisters Melissa and Angie are in their 30s; Emily is 27; and Chelsea is 24. Now, all of the girls also have daughters as well! Angie and Emily have two each and Melissa and Chelsea each have one daughter.

Even though there is almost 12 years between Chelsea and her oldest sister Melissa, the girls were very close growing up and have remained so which Chelsea keeps off-camera. The family has remained close even through the divorce of Randy and Mary who are still friends and happy to both be a big part of their daughter and granddaughter’s lives.

After a long period of focusing on raising her daughter Aubree and continuously fighting with ex Adam Lind, Chelsea finally jumped back into the dating pool, and got herself a real catch. Cole DeBoer has now moved in with Chelsea and, even though he prefers not to be a main focus of the show, he appears sporadically in her storyline and even more so now that they are engaged! Since he prefers to remain private, not much is known about him, but here is what we do know. Chelsea related the adorable story of how they met at a gas station one day and, while there was some serious eye contact, neither one spoke, but luckily Cole reached out to her on social media a few days later, sparking the relationship. DeBoer is also a college grad and his profession is listed as a traffic control specialist, which is pretty broad, but one thing is for sure, it is stable and he is very dependable.

Chelsea wasn’t the first teen mother in her family. Her next closest sister Emily welcomed her first daughter Braylee when she was 18.

Back in 2012, rumors ran rampant that Chelsea had a growing problem with prescription medication. An insider reportedly close to Houska was telling outlets that Chelsea “pops pills like I’ve never seen before” and that “Chelsea pops pills that aren’t prescribed to her, and abuses the ones that are.” It is quite obvious that this was never true and Houska responded to the rumors with a tweet, stating, “This is entirely false & disgusting.”

For fans of Chelsea that haven’t seen her episode of 16 and Pregnant, they missed out on a lot of drama with Aubree’s father Adam Lind. He showed little interest in being a father after she became pregnant and, while he warmed up a little, things quickly went downhill and in a big way for the two. After giving birth to Aubree, Adam sent Chelsea very horrible text messages, which included, “You fat stretch mark b–ch…Tell me where and when to sign the rights over for that mistake,” referring to baby Aubree at the time.

Given everything she went through with Adam, everyone was especially shocked when on the Teen Mom 2 season 4 reunion special she admitted that she had continued to hook up with Adam again. To make the matter worse, Adam was still on-and-off with his pregnant girlfriend of the time, Taylor Halibur, who then sparked a feud with Chelsea and tried to ban Adam from talking to her even though they were still trying to work out custody issues.

Wellll looook who I found

For a brief season, MTV aired another show that took off called Caged, focusing on teenage cage fighters hoping to make it big and escape their small town. Then in February 2012, Chelsea was linked to Caged star Daniel Payne after photos of the two partying and hanging out were posted online after there was noticeable flirting via twitter. Many were rooting for the relationship while the two maintained that “they were just friends,” and then someone pointed out that Daniel had a girlfriend in his hometown and many of his fans quickly turned on Chelsea for being a homewrecker. The two were adamant they never dated, and Chelsea even responded to one Daniel Payne fan group, “please stop. You honestly don’t know what you’re talking about and it’s unfair that you’re talking about me like that.”

A few weeks ago Chelsea announced that her website chelseahouska.com will be launching soon, but this isn’t the first time she has tried to launch a site. Back in 2012, her first official website got shut down because she allegedly didn’t pay the web developer who made the site. Only days after the site went live, the developer posted a message stating, “Hi Everyone – Sorry to be the bearer of bad news, but after being told I would be paid for my services and have a signed contract in hand since Sunday by Chelsea herself, I still haven’t gotten anything and even tried several times today, so this site will no longer be running. This of course was after I was contacted by a member of her family to possibly jump start her career. I worked really hard at the word GO and START on Sunday and trusted she would send the contract and payment as promised with no accord. I personally felt it was EXTREMELY important for Chelsea to connect with her fans more and made this site as part of a whole management/pr package to go along with a speaking tour, endorsements, etc. I even went as far to say if they wished not to work with me, I would transfer the site at a cost, but no response. Another lesson learned, don’t take someone for their word…”

A few years ago, Chelsea reportedly wanted to pose for Playboy or Maxim following many offers. Apparently her always dependable father Randy stepped in and shut the whole idea down.