Another Bachelor wedding may be happening sooner than you think!

Former Bachelorette Kaitlyn Bristowe is officially engaged to Bachelor alum Jason Tartick. The couple got engaged on Monday while recording an episode of Bristowe’s Off The Vine podcast. The proposal came as a complete surprise because Bristowe was under the impression that she was interviewing a special guest, but was surprised by a proposal instead.

“It was everything I could have asked for,” Bristowe told Entertainment Tonight on Tuesday. “The words that came out of his mouth were insanely beautiful. We’ve never locked eyes like that in our lives. We were holding hands, so intense, and I was listening to his every word, but still blacked out.”

“It was really special,” she added.

Bristowe starred as the lead on The Bachelorette‘s 11th season in 2015. Fans of the franchise will remember Tartick as a fan favorite who made it to the final three on Becca Kufrin’s season of The Bachelorette in 2018. The duo first met when Tartick made an appearance on Kaitlyn’s podcast and became instant friends. They eventually began dating just two months after Bristowe announced her split from fiancé Shawn Booth.

The couple announced in May 2019 that they were taking their relationship to the next step by moving in together in Nashville. “We’re at the next step in our relationship where we want to grow even more and we can’t do that long distance,” Bristowe said on Off the Vine at the time. “Cheers to new roommates! I can’t wait to see what things you do that drive me nuts.” 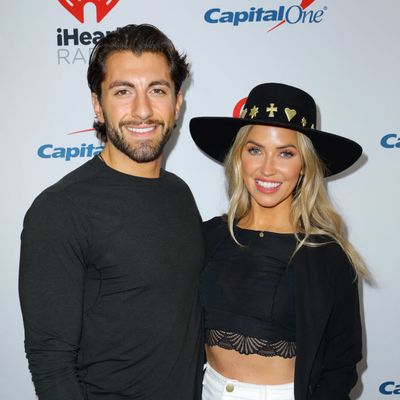