Home » Style » Fashion » 11Richest Fashion Designers: How Much Are They Worth?

11Richest Fashion Designers: How Much Are They Worth? 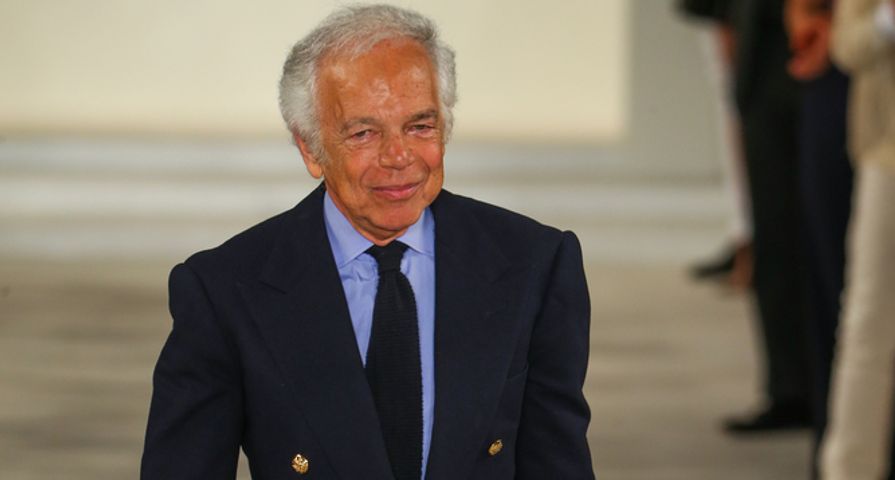 It’s no secret that the fashion industry reels in some serious dough, but what you may not know is just how much fashion designers are able to make when they’re at the top of their game. Creating wearable art in the form of couture is as just about as lucrative as you can get when it comes to professional creativity and the names on this list prove that multiple times over — rather, they prove it billions of times over if we go by their worth. The very lowest entrant on this list is sitting on a fashion fortune of many hundreds of millions and that only managed to nab them the last spot on this list and it only goes up from there. Check out this list of the 12 richest fashion designers and how much they’re actually worth.

Estimated Net Worth: $700 million. Calvin Klein started out as young as you can, inheriting the love of sewing from his seamstress grandmother. He attended the High School of Art and Design before moving on to New York’s Fashion Institute of Technology. Before he could graduate, he began working as an apprentice for a suit manufacturer, eventually working his way up to launching his own line. From there, fashion history was made with Calvin Klein, inc. From jeans to eye wear, to socks and accessories, perfumes and swimwear — everything with the Calvin Klein name on it is sure to be a success. Known for controversial marketing and bold campaigns, Calvin Klein the man and Calvin Klein the brand are both powerhouses in the industry which had earned the designer a personal net worth estimated to be at $700 million. Nothing can come between us and our Calvin’s and nothing can come between Calvin and his Benjamin’s.

Estimated Net Worth: $800 million. Pierre Cardin is another designer who started earlier on in life, working in a men’s shop as a tailor from the time he was just 17. His skill then earned him a job at Paquin, a Parisian fashion house where he designed costumes. By 1959, he had established himself and created the first ready-to-wear collection for women and the following year launched the first designer ready-to-wear collection for men. His popularity continued to grow and by the ‘70s he was named one of the top fashion designers in the world and was receiving multiple awards which established him among the best of the best in the industry. This, along with acquisitions of stores, restaurants, hotels, and licensing food products under his name, Pierre Cardin has amassed a personal net worth of $800 million.

Estimated Net Worth: $1 billion. Tory Burch came from an affluent background and always had luxury and beauty in her life (FUN FACT: her father dated Grace Kelly and her mother dated Marlon Brando). Starting out in the industry working for Zoran, a Yugoslavian designer, she then landed a jobs with Harper’s Bazaar magazine, Vera Wang, and Polo Ralph Lauren before launching her own fashion label, TRB by Tory Burch which later just became Tory Burch. With 120 stores around the world including, New York, Los Angeles, London, Rome, Tokyo and Seoul, Tory Burch has added to her inherited wealth to the total super-massive amount of $1 billion.

Estimated Net Worth: $1 billion. Michael Kors’ exposure to the fashion industry also came at an early age, but as opposed to a grandmother seamstress, Michael’s mother was a model and instilled a love of the business in her son. When he was a teen, he began designing and selling his own clothes and worked his way up to launching own his collection which was picked up by stores like Goodman, Bloomingdale’s, Neiman Marcus, Lord & Taylor, and Saks Fifth Avenue. It was only up from there and these days includes multiple lines including the Michael Kors Runway Collection, the MICHAEL line, and the KORS line which are popular with celebrities like Jennifer Lopez, Heidi Klum, Catherine Zeta-Jones, and Michelle Obama. Also acting a a judge on Project Runway and voted as one of the 100 most influential people in the world, he’s another powerhouse designer sitting on a personal net worth of $1 billion.

Estimated Net Worth: $1.2 billion. Diane von Furstenberg came from a very different background from some of the other top fashion designers on this list. The daughter of a Jewish family, Diane’s mother survived the Auschwitz concentration camp during the WWII, getting out just months before von Furstenberg was born. Determination was obviously in Diane’s blood and after studying economics at the University of Geneva, she began working in Paris and Italy eventually securing investors in order to create her first fashion line in 1970. From there, she became an icon in the industry and has continued to expand her business as well as charm celebrities with her designs including Michelle Obama, Gwyneth Paltrow, Madonna, Jessica Alba, and Catherine, Duchess of Cambridge which has resulted in a personal net worth for Diane von Furstenberg estimated to be $1.2 billion.

Estimated Net Worth: $1.5 billion. A phenomenon in the business for over 45 years, Valentino’s name is synonymous with beautiful designs and style status. Becoming interested in fashion while he was still a child, he worked as an apprentice to his aunt and a local designer before attending the École des Beaux-Arts and at the Chambre Syndicale de la Couture Parisienne where he fined-tunes his expertise. In 1960, Valentino’s father gave him the money needed to open his own fashion house and two years later the young designer debuted his work internationally where his work was lauded as “a true revelation” and immediately was in high demand from buyers all over the world. In just a few years, he had established himself as the “undisputed maestro of Italian Couture” and kept the honor until his retirement at which point he had earned himself an estimated fortune of $1.5 billion.

Estimated Net Worth: $1.7 billion. You’ll surely recognize Stefano Gabbana’s name as half of the super successful designing duo Dolce & Gabbana. With initial intentions of pursuing a career in graphic design, he met Domenico Dolce which working as an atelier in 1980. The two hit it off and started their own fashion line together and soon after presented their first women’s line in the mid-‘80s. They were an immediate hit and began following their lines with boutiques and expanding into menswear and fragrances while being another pair popular with the Hollywood crowd, even designing clothes for the movie Romeo + Juliet and stage wear on multiple tours for Madonna, Missy Elliot, and Beyonce which have not only earned him a place among fashion’s elite, but also earned him an estimated net worth of $1.7 million and the fifth spot on this list.

Estimated Net Worth: $1.7 billion. Stefano Gabbana is only half of Dolce & Gabbana and you’d need Domenico to fill out the powerhouse pair. Growing up with a father who was a tailor, Domenico Dolce knew early on that fashion was his destined career. When he met his future partner, Stefano Gabbana, while the two were young, ambitious, and ready to take on the world, he took another step along his fated path towards fame and fortune. And really, what would Dolce be without Gabbana and what would Gabbana be without Dolce, which is why Domenico Dolce has a fortune equivalent to his business partner’s at an estimated $1.7 billion.

Estimated Net Worth: $8.2 billion. Ralph Lauren is as successful as you can get when it comes to American fashion designers and rightfully so. He was even the designer that Rachel worked for on Friends which fully solidifies him within pop culture history. Dropping out of Baruch College in New York where he was studying business to instead sell menswear, Ralph Lauren soon moved on to selling his own designs, focusing on men’s fashion including neckties. Eventually venturing into women’s wear, Ralph hit big time success when he launched his Polo shirts “in a style usually associated with men’s clothing.” Becoming his wildly popular Polo brand, it shot him into the superstar levels of fashion and now with over 35 boutiques around the world and a reputation that’s larger than life, Ralph Lauren is estimated to be worth an incredible $8.2 billion.

Estimated Net Worth: $9.6 billion. If you need a suit that says style and success in equal parts, then you definitely need a suit from Giorgio Armani, no doubt. First finding success in the ‘80s with his pristinely and perfectly designed “power suits” he quickly became the name to claim for stars walking the red carpet. If you weren’t wearing an Armani suit, then you just weren’t doing it right. By the end of the ‘90s, Armani stores were popping up around the world with over 2,000 stores bringing in around $2 billion each and every year, as well as getting into publishing and hotels which all added to Giorgio’s personal net worth estimated to be around $9.6 billion.

Estimated Net Worth: $11.1 billion. You may think that Miuccia Prada owes her massive wealth to her family since she inherited the luxury goods manufacturer that she based her business on from her brother, but then you’d have to ignore everything that she has done in the years since she took power – you’d also have to ignore the fact that she has a Ph.D. in Political Science, but that’s something else entirely! Along with her business partner and husband, Miuccia Prada turned her family brand into one of the top fashion houses in the world even taking over other brands such as acquiring Jil Sander, Helmut Lang and shoemaker Church & Co. In charge of the 250 shops around the world as well as any and all creative decisions for the company, Miuccia is known for being incredibly “fussy” about each design which has resulted in a business that deals with nothing but the best and has helped boost Prada’s personal net worth to an estimated $11.1 billion.