Young And The Restless: Crazy And Shocking Spoilers For Spring/Summer 2018 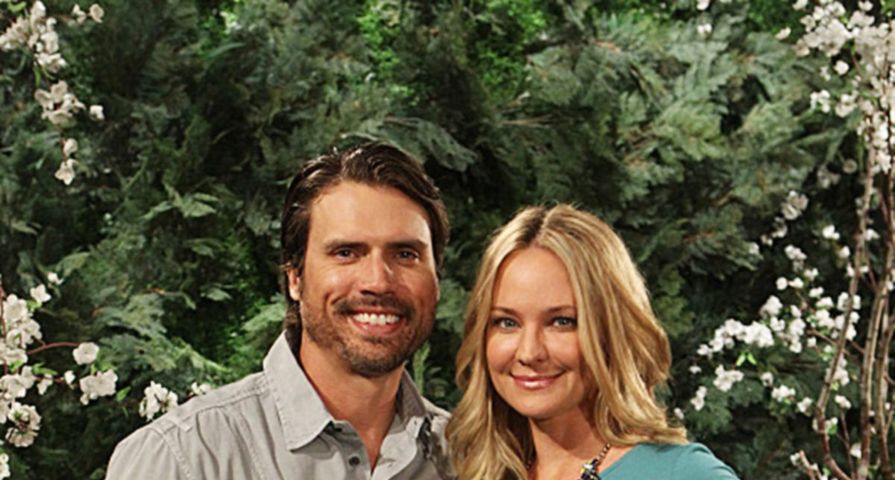 The Young And The Restless' 7 Biggest Betrayals

It’s an exciting start of the year already on The Young and the Restless and viewers are starting to ponder what is next for the folks of Genoa City! Who’s coming? Who’s going?  Who’s getting married? Who will be killed off? Who will have babies and, of course, who will each baby daddy be? Let’s take a look at what may be!

Fans know that Hillary has been wanting a baby for some time now and even chose a sperm bank donor and in vitro fertilization. It’s not known if she’s actually pregnant yet. She’s had the mood swings for sure! But the rumor mill says that it’s not Hillary who is pregnant at all. It’s Mariah! If Mariah is, in fact, pregnant, it must be Devon’s baby since he’s the only guy she’s been with, so far as fans know. Interestingly enough, Mariah was absent from the family dinner hosted by her half-brother, Noah. Sharon said she had a bug and hadn’t been feeling well for a few days… morning sickness maybe? What does this mean for Mariah and Devon? Could it rekindle their romance or will they simply co-parent this new child? And, what will it mean for Hillary who would love to have Devon’s child?

15. Who Is Christian Newman’s Real Daddy?

When Christian was first born, he was stolen from his Mama Sage’s life and given to Sharon as her baby. He knew Dylan as his father. After the whole baby switch came to life, he was returned to Nick after Sage’s death. Nick has been raising him as his own, but Victor and Chelsea somehow know that Adam is the real baby daddy! They’re working together to keep that a secret from Nick, and everyone else for that matter. Rumor has it that he IS, in fact, Nick’s son! Not Adam’s. How this is all going to play out is a mystery, but it will certainly have something to do with Chelsea leaving and Adam returning.

Adam Newman. Will he return? Fans get excited every time his name is mentioned on the show. Recently, his name has been dropped more often! But what does this mean? Adam was killed off but it wouldn’t be the first time that the soaps bring a man back from the dead! His character has been played by three different actors, but the most popular (and most handsome) was Justin Hartley. Since Justin is now a primetime star in This Is Us, it’s not likely to be him, sadly. It will be a great new twist on the family dynamics if Adam is brought back. Victor, Nick, Chelsea and baby Connor will all be massively affected. Viewers are excitedly anticipating what will happen next in the Newman Family if he comes back to town!

10 Best Young And The Restless Actors

Abby is supposedly in Paris working and hasn’t been on the show in several weeks. In reality, she is off on a maternity leave and is ready to return! Melissa Ordway, who plays Abby, gave birth to her second daughter and recently said on Instagram, “Exciting stuff guys. I’m on my way home. I went to work for a couple of hours for a meeting. After next week, I’m officially off maternity leave so I will be back filming next week. I’m super excited. It was so good to see everyone…I miss everyone…Abby is back!” What’s in store for Abby Newman next?

Looks like Hilary Curtis could be on her way out of Y&R. Did she get another role? Another show? Just kidding! But Mishael Morgan did share on social media that she is going to be on The Price is Right as a guest model. On Twitter, she posted “Hilary is busy taking over another show lol. Check out my modeling skills tomorrow on @PriceIsRight.” CBS opens up the chances for cross-promotion in its shows. Other Y&R stars have also appeared on the Price are Right, Joshua Morrow (Nick Newman), Daniel Goddard (Cane Ashby) and Doug Davidson (Paul Williams). That should be a fun show for fans to watch!

11. What Is Going to Happen to Tessa?

Noah Newman’s ex-girlfriend, Tessa, hasn’t been seen in a few days. With Noah’s big announcement that he is moving to Dubai to work for his Grandpa Victor, will Tessa have a storyline moving forward? Could writers have her leaving Genoa City? Or could she and Mariah become closer again? If Mariah is pregnant, they may just raise that baby as a committed lesbian couple. Fans will anxiously await to see how this all folds out.

10. Neil Winters Is Coming Back

Who else has missed Kristoff St. John (Neil Winters) on the Y&R? You aren’t alone. The actor needed to take some much-needed time off late last year to help deal with some outstanding issues he had around the 2017 death of his son Julian, and thus has not been seen on the show since November 2017. Good news is that St. John is back on set and fans can expect to see him onscreen sometime in April.

Young And The Restless' 7 Most Ridiculous Deaths

For those who have been wondering just where Ravi Shapur has been hiding, turns out the actor who plays the role (Abhi Sinha) was simply on hiatus and filming a pilot season. Y&R fans will be happy to learn that before spring is over in Genoa City, techy wizard Ravi will be back on their daytime screens doing what he does best, entertaining soap opera audiences.

Rumors have been confirmed that Chelsea (Melissa Claire Egan) will be exiting the show soon. She’s been a part of the Y&R cast since 2011. Melissa recently posted on Instagram, “After much thought and six wonderful years, I have decided to leave The Young and the Restless. I love this show (and this genre) so very much, and am so grateful to this amazing crew and cast, especially my beyond wonderful, Josh Morrow. This cast, crew, everyone behind the scenes at Sony and CBS are truly the best at what they do and are my family. To you incredible fans, thank you for EVERYTHING. This isn’t goodbye. Truly. Just goodbye for now. All my love, Melissa.” So the door is still open! Will she marry Nick before she leaves? Does this open the door for her beloved Adam to return to the show?

7. A Kink In The Hevon Reunion

Fans of super couple Hilary and Devon are quite excited that these two are planning on having a baby together. While the stipulations are clear — they do not want to get back together — as we all know, a baby can truly bond a relationship in the soap opera world. But, is there a kink in the near future for Hevon fans? Shanica Knowles, the actress who played Simone, a brief love interest to Devon back in February of this year, recently hopped on Instagram to let her fans know that she’d be returning to the show in early April for a few episodes with more dates to be added. Trouble in paradise for parents-to-be? It very well could be.

Scott Reeves, who played Ryan McNeil on the Y&R from 1991 to 2001, recently posted some photos he snapped on the set of the show on Instagram. This started a flurry of speculation on social media as to whether or not he might be returning to the soap. For long-time fans who remember, McNeil was actually shot and killed right before he was about to re-marry Victoria Newman. Could Ryan come back as a ghost? Could Y&R writers somehow resurrect Ryan from the dead? Is Scott slated for a new role on the Y&R? He might have simply been visiting old colleagues to help celebrate the show’s 45th anniversary. Y&R viewers will have to wait and see, but the idea of Scott Reeves back on the soap is very exciting!

Young And The Restless: Jack Abbott's 9 Love Interests Ranked From Worst To Best

Jack and Victoria are secretly working together to get Ashley out of Newman Enterprises. Victoria is insanely jealous and doesn’t want to compete for her father’s approval and adoration, and Jack wants his sister, Ashley, to return to Jabot Cosmetics after he betrayed her causing her to leave the iconic family business behind and take a prestigious role at Newman.  The irony here is that Jack is betraying Ashley again in order to rectify his previous betrayal. Fans are left wondering what Ashley will do when she learns the truth, and eventually she will.

4. The Truth about Juliet’s Lawsuit Against Brash & Sassy

Devon found a hard drive and popped it into his computer. Turns out, it isn’t the song demo he thought it was and it actually belongs to Hilary. When he watches it, he is going to learn the real truth about the lawsuit Juliet brought against Brash and Sassy for sexual harassment when Cane drunkenly slept with her in Japan. He is going to learn that Hilary is the one who encouraged Juliet to twist the story and make those accusations that essentially ruined his career and his marriage, not to mention a huge financial loss to the company. Devon is sure to be livid and he won’t be the only one in line to confront Hilary.

3. What’s Going on with JT Hellstrom?

He’s popping pills, stating they are for the damaged heart that he lives with because of the electrocution that he received years earlier. But there is something starting going on because the normally laidback JT is starting to become short-tempered, leaving the house and slamming the door. In the next scene, he is back to his normal self. Are those pills really for his heart and could the pills be causing awful side effects? Could the pills possibly be opioids and he is addicted? Y&R is known for addressing current social issues, and opioid addiction is at a crisis level. What will this mean for him and Victoria? Looks like their reconciliation could be short-lived.

Y&R Weekly Poll: Should Phyllis Be With Jack Or Billy?

Here’s some really exciting news! Kevin Fisher is coming back to Genoa City! Greg Rikaat will be back on the show soon. Hopefully not just for a day or so. Kevin is Mariah’s best friend and with everything she has gone through, she really needs her bestie. And, if she is pregnant, she will appreciate him being around more than ever. Because of Chelsea’s involvement in Chloe’s downfall, Kevin holds an enormous grudge against her. Perhaps he will be in Genoa City to help bring Chelsea down. But what about Chloe? She is in hiding, believed to be dead. And then there’s their daughter Bella. Will they both return and spill the beans on Victor’s involvement in Chloe’s life and disappearance? That’s a storyline that could bring down the great Victor Newman!

14 Things Only The Biggest Y&R Fan Would Know

1. A Sharon and Nick Reunion?

Sharon Newman is alone after she found out that her boyfriend Scott cheated on her with Abby. Nick is going to be single after Chelsea leaves town. What will this mean for this on again, off again couple? Nick and Sharon are close friends again and Nick has confided in her often with the mystery and suspicions surrounding Chelsea’s behaviors. Fans may hope that the two reunite again! The timing is perfect. Both are single and both devastated by their exes. It is a definite possibility that faithful viewers would love!