Home » Entertainment » TV » Young And The Restless’ 10 Most Iconic Moments 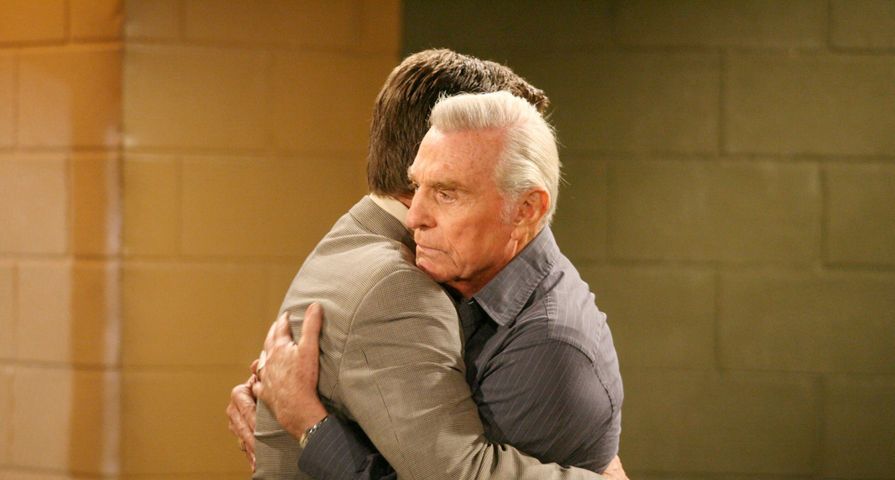 There is not a Young and the Restless (Y&R) fan out there that doesn’t get excited when they hear that sad piano tune-intro blare out of their television set. It sparks a certain feeling for audiences of the show, as they know they’re about to experience an entertaining and drama-filled hour. While every Y&R episode can’t be epic, there have been some pretty memorable moments over the 40-plus years that the show has been on the air. Below are some of the Y&R’s most iconic moments.

Katherine’s facelift storyline was a very controversial one for its time, as it detailed the real-life journey that actress Jeanne Cooper was going through. While everyone has their own opinion on arc (and whether or not the show should’ve covered it), the moment in 1984 when Katherine eyes herself, post-surgery, in a hospital bed through a handheld mirror is simply iconic.

Pretty much any confrontation between Sheila and Lauren could have made this list; therefore, it was hard to narrow it down to just one. Rewinding to 1992 when Sheila kept Lauren and her own mother Molly captive in a farmhouse and then revealing the truth about the baby swap is still a legendary moment in the Y&R. Molly and Lauren would desperately try to untie themselves, and as Sheila discovered what was going on, she and Lauren had a struggle that knocked over a kerosene lantern, causing a fire. Watching the house go up in flames is something most viewers will never forget.

While most Y&R viewers knew that Neil was not the father of Lily for years (even before she was born in 1996), the truth in Genoa City hadn’t come out until 2005. There was a major buildup to a secret reveal (literally) years in the making. When all was said and done, the truth changed little between Lily and Neil, and he continued to play a major role in her life as Dad #1.

What would the land of Genoa City be without Nikki and Victor? They are truly an iconic super couple and although they break up a lot, they always manage to come back together. They initially hooked up in the early 1980s, and their first set of ‘I dos’ in 1984 was certainly an affair to remember with all the “who’s who” of the town attending.

Speaking of weddings, the union of Chloe Mitchell and Billy Abbott in 2009 screamed insanity from the get-go. There was awkwardness between Billy, Sharon, and Jack (due to Sharon and Billy’s one-night stand), and Chloe was an overall obsessed mess. With that said, the highlight of the event had to be the cake fight between Katherine Chancellor and Jill Abbott. While the two had been playing nice for a while, it helped to re-ignite the epic rivalry these women shared in the past. It was hilarious, entertaining, and also an iconic Y&R moment!

8. Vicky Gets Arrested On Her Wedding Day

Victor’s rivalry with Jack spilled onto Billy when the youngest Abbott sibling began to fancy the Moustache’s daughter, Victoria. Vicky ignored her dad’s warnings about Billy and continued to pursue a relationship with him, where the two even headed to the altar. Victor was outraged, and the controlling side of him wanted to ensure these two never made it to their ‘I dos.’ In 2010, when Vicky and Billy decided to get married, Victor organized his own daughter’s arrest on her wedding day! The silver lining was that Victor failed to stop the wedding, but Vicky spent her wedding night in jail rather than with her new husband.

7. Ashley And Victor Reunite In Paris

Victor was a hot mess after his wife Sabrina passed away in 2008. He took off to Mexico and sent Nikki, Nick, and Victoria on a wild goose chase as they tried to find him. Nikki reached out to Ashley because she and Victor always had a special friendship. Nikki hoped that Ashley could bring Victor back home to Genoa City, so when they located Victor in Paris, Ashley went looking for him to help convince him to come home. Sadly, the plan to bring Ashley into the fold ended up biting Nikki in the butt. As Ash was staring at a Saint’s statue in Paris, Victor approached her from behind and their reunion was sealed in a hotel bedroom later that night.

Iconic moments can come in all shapes and sizes; however, but not all of them are happy occasions. Sadly, the passing of Cassie Newman in 2005 was a tragedy that forever changed the landscape in Genoa City. She was involved in a car accident and while in the hospital (with both Sharon and Nick at her side), fighting for her life, she prophesied the couple would have another little girl, right before she passed away. There wasn’t a dry eye in the house that day for Y&R fans, and when the memory clips or reruns air to this day, many people still shed a tear for the terrible circumstance these parents had to go through.

When John Abbott passed away in the summer of 2006, many Y&R fans were in shock. He was a beloved character who audiences would miss dearly. In an interesting turn of events, John’s character is still seen from time-to-time when he visits his children (mainly Jack, but sometimes Billy, Ashley, and Traci too) to offer support and love when they need him. John Abbott passed in August of 2006, but since that following September viewers have seen him grace the show numerous times as a ghost. Every scene offers goosebumps each time.

Brad Carlton was a staple in Genoa City for over two decades which is why it was such a shocker when the character passed away in 2009. Not only did Carlton pass away drowning in a frozen lake pond trying to save Noah Newman, but his death was so final that fans knew he would not be returning anytime soon. It was such a devastating episode for many Y&R viewers and changed the dynamics of the show moving forward. That moment when it was revealed that Brad was under a sheet of ice within the pond where he heroically saved Noah is still considered bone-chilling to this day.

As sad as Brad’s death was that winter of 2009, the death of his daughter Colleen later that year was heart-wrenching. Colleen had fallen victim to Jack and Victor’s rivalry, and the Moustache had been trying to set his goddaughter up for embarrassment before her passing. Sadly, in a weird twist of events, Colleen was also kidnapped by token-town-crazy, Patty Williams, and drowned despite efforts from her Uncle Jack to save her.

Across town, Victor happened to suffer a heart attack and needed a new one. When Colleen was brought to the hospital she had no brain function, and her mom Traci made the hardest choice any parents could make when she gave her daughter’s heart to the man in town that not only needed a transplant but a makeover when it came to having a heart. That moment will forever be engraved in many Y&R fans’ memories.

In the early 1990s, the rivalry between Jackie and Victor was hotter than ever, and after a heated confrontation, Victor collapsed. What does Jack do? Well, he simply walked away. Even though Jack hated Victor, the beauty of his character is that he did have a conscience. While yes, Jack’s first instinct was to step out of the office, he would end up returning to help save his arch enemy shortly after the fact.

1. The Spark That Started It All

Ever wonder why Jack and Victor hate each other so much? It seems that their rivalry goes in circles: one vicious cycle of revenge that simply won’t stop. The two always seemed to have a rivalry when it came to the corporate world, but things took a turn for the personal when Jack married Nikki in the early 1990s. The couple was desperate to have a child together, but sadly, Nikki had two miscarriages while they were wed. Unfortunately, Victor/Jack’s rivalry took a turn for the ugly in 1993 when a heated discussion between Nikki and Victor caused her to fall down the stairs during her third pregnancy with Jack. The baby boy sadly was born early as a result and passed away shortly after his birth.