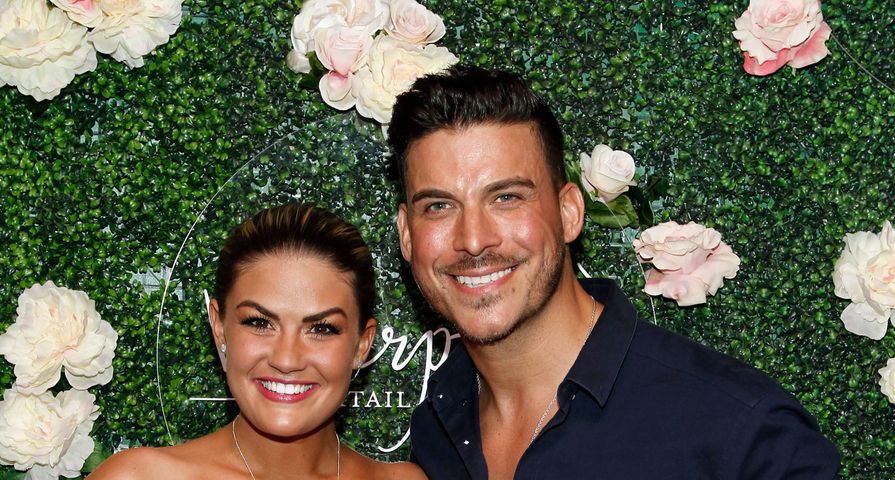 Jax Taylor and Brittany Cartwright have only been dating for a couple of years, but their relationship has already become an important part of Vanderpump Rules. The pair are normally really solid, but not this season. Jax slept with a friend and former coworker and now the couple’s relationship is in shambles. Because of all of the drama surrounding their relationship, we’ve collected these 8 things most people don’t know about their relationship:

These two met in Las Vegas in May 2015. Jax was in town (with another woman) for Scheana’s birthday party and, according to Brittany, he fell in love with her at first sight, and ditched the woman he was with for her. There was a rumor that they met online – on Instagram of all places, but Brittany and Scheana’s mother have disputed that.

These two moved really fast! On the first night that they met, Taylor asked her to move from Kentucky to L.A. so that she could be with him and she did! She left her family and friends and moved across the country to live with the notorious playboy. Although she wasn’t immediately hired at SUR, she did get a job at Hooters.

6. She’s the Best Girlfriend He’s Ever Had

Early on in their relationship, he described her as “probably the best girlfriend [he] ever dated in his [life]! “She is just such a put-together, solid girl. She’s beautiful, amazing. She takes great care of me. She’s just got all the Southern charm. Her upbringing is amazing. She’s just got good family values,” he told The Daily Dish. “She’s always smiling, no matter what, even when we’re arguing. We’ve had our arguments [and] I can’t even argue with her because she’s just smiling. She’s got a Southern drawl. She’s so cute and she’s just so innocent. She’s just, I don’t know, it’s really good right now. Knock on wood.”

According to Jax, he has always been against marriage, but that changed when he met Brittany. “Before I met Brittany I was against marriage,” he told Us Weekly. “It had nothing to do with Brittany, it’s the idea of marriage I just don’t believe in it. I just want to make sure that it’s legit, that it’s real. It’s a commitment; it’s a big commitment. I just want to make sure we’re both ready.” He’s also said that when he gets married it will definitely be to Brittany.

They both want children, but Taylor is closer to being ready for that than Cartwright is. He joked with Us Weekly in November 2017 that he would have kids tomorrow, but she said that she isn’t quite ready for that yet. She wants to be married before they take that step, but even for that she is waiting for the right time.

They don’t plan to spend the rest of their lives living in L.A. Taylor has said that he doesn’t like the traffic or the high cost of living and that he might want to spend more time in Brittany’s home state, Kentucky, or Florida. “Ideally, I’d like to end up in Florida, close to my family, back to Tampa or Clearwater. I love Florida. I love Florida very, very much. It’s, like, my favorite place,” he told The Daily Dish. “The beaches are beautiful. The people are beautiful. The people are a lot friendlier. I get to drive. There’s no traffic. I just love Florida. There’s so many things about Florida that I just love.”

1. They Weathered the Cheating Scandal

Brittany and Jax were reportedly on-and-off after he cheated on her with former SURver Faith Stowers, and producers were the ones who allegedly forced them to get back together; however, a source close to the show disputed this. According to Jax, he and Brittany are currently working things out. “We’ve kind of weathered the storm,” he told People. “We’re still going through it … [but] we’re in a great place now — probably better than we’ve ever been. I can say the last eight months have been better than when we first started dating. But yeah, it’s never good to watch this again. My main concern is that Brittany’s okay and making sure she’s getting through this. It sucks. You can run me through the dirt, but I just don’t want her to be hurt.” One of things he’s doing is seeing a life coach to work through his issues.