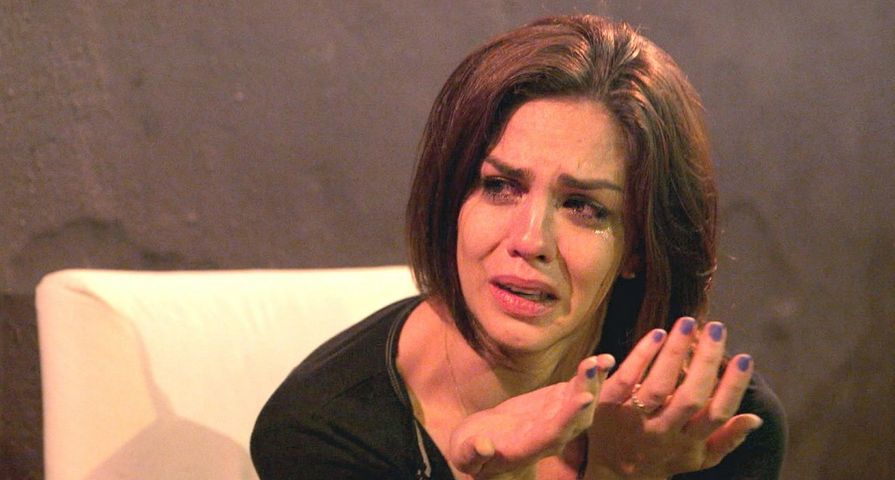 Vanderpump Rules is one of the most dramatic reality shows on TV! Betrayal is one of those things that’s always on the menu over at Lisa Vanderpump’s restaurant SUR and these servers and bartenders are always ordering at least one serving per episode! Today, we’re looking at the some of the biggest betrayals that we’ve seen on the show – check it out!

10. Jax Cheating on Stassi in Vegas and Lying About It

We really felt for Stassi Schroeder during season one of Vanderpump Rules. She was told that Jax Taylor cheated on her and had gotten the other woman pregnant and she believed it, but he denied it right up until the very last episode when he finally confessed with a bouquet of flowers. Naturally, Stassi was pretty destroyed about the whole thing and, even though Jax spent part of season two trying to win her back, she ultimately decided that she couldn’t because it would be impossible for her to ever fully trust him again.

9. Kristen and Katie Taking Jax’s Side During His Cheating Scandal

We’re not sure what’s worse – having your boyfriend cheat on you and then lie about it or having your friends believe your cheating boyfriend instead of you. Poor Stassi had to deal with both of these things during season one. When she found out that Jax had cheated on her and impregnated some random girl in Vegas, her two best friends, Kristen Doute and Katie Maloney, didn’t believe her and initially took Jax’s side. Stassi was possibly more heartbroken about her friends’ betrayal than by Jax’s.

8. Tom Sandoval Cheating on Kristen with a Bottle Service Girl in Vegas

During season two of Vanderpump Rules, we learned that Tom Sandoval cheated on Kristen with some bottle service girl he met in Las Vegas. Understandably, Kristen was heartbroken and unable to trust him anymore. She spent most of the season either fighting with him or trying to get their relationship back on track.

As if cheating on Kristen with a random in Vegas wasn’t enough, Tom also had cheated on her with Ariana Madix three years prior. For a good part of season two, both he and Ariana lied to Kristen about the kiss they shared, but he finally came clean near the end of season two but, by that point, Kristen had driven herself crazy trying to get the truth out of them.

6. Kristen Betrayed Tom By Hooking Up with Jax

Kristen may have spent the better part of season two fretting about Tom cheating on her in Vegas and obsessing about whether he cheated with Ariana, but it turns out she had her own cheating scandal that was just waiting to get out! During the last couple episodes of season two, we learned that she cheated on Tom with his best friend Jax – once while Tom was sleeping in the other room! While Tom initially defended Kristen, he did decide to break up because of it.

5. Kristen Betrayed Stassi by Hooking Up with Jax

Stassi and Kristen had been best friends for years. Throughout Kristen’s tortured relationship with Tom, Stassi always had her back. When she found out that Kristen had hooked up with Jax when he was supposed to be trying to win her back, Stassi was livid. Kristen lying about it didn’t help, which is why Stassi slapped her. Even when Kristen finally came clean, it was pretty clear that the friendship was irreparable.

4. Jax Betrayed Tom By Hooking Up with Kristen

Tom always had Jax’s back, so when he found out that his best friend had hooked up with his girlfriend and wasn’t even remorseful, Tom attacked Jax, leaving him with a bloody forehead. The damage was so bad that Lisa Vanderpump reportedly asked if him needed a plastic surgeon! Although Tom initially claimed that he could never forgive Jax, these two have become friends again.

3. James Hooking Up with Kristen Behind Tom’s Back

According to Tom Sandoval, the reason he didn’t like the James Kennedy/Kristen thing was because they started hooking up in his apartment while he and Kristen were still living together. James was making music with Tom and was supposed to be moving in, but instead, he decided to start getting it on with Kristen in Tom’s bed! This led to James and Tom having a falling out.

2. James Cheating on Kristen with Jenna

James Kennedy cheated on Kristen with Scheana’s friend Jenna and then lied about it right to her face and then laughed about in an aside interview, confirming what we all suspected – he and Jenna were “definitely boning” that night when he ordered her an Uber at 6 a.m. It took him months to finally tell Kristen the truth, but by then they were already broken up and he was pursuing Lala Kent.

1. Tom Schwartz Cheating on Katie and Lying About It

In season four of Vanderpump Rules, Katie and Tom Schwartz were the next couple to get embroiled in a cheating scandal. It turns out Shwartz made out with a couple of different ladies – one was a friend of Scheana’s and another one was a random in Vegas. While he did confess to the first one, he lied about the one that happened in Vegas. He did eventually come clean and Katie has since forgiven him and has accepted his marriage proposal.