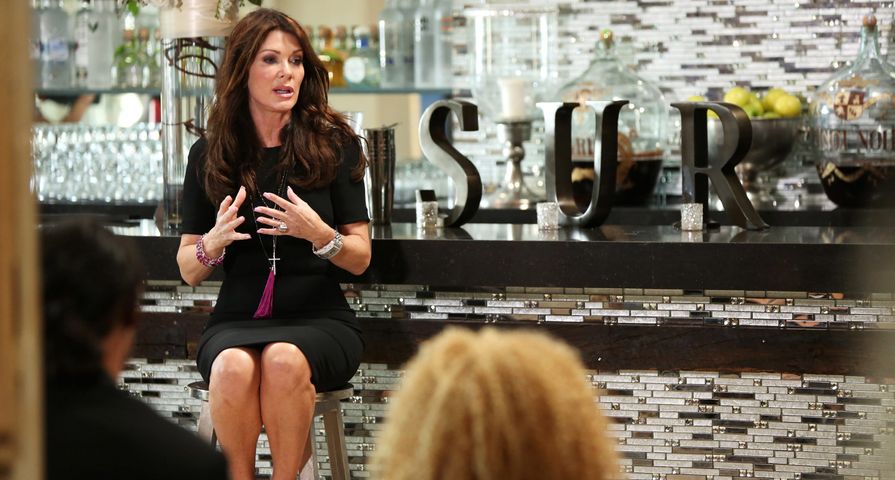 Bravo’s reality series Vanderpump Rules has been a huge hit and quickly rose to the top as one of the most popular reality shows. The show is a direct spin off from Bravo’s Real Housewives of Beverly Hills, focusing on current housewife Lisa Vanderpump’s restaurant SUR and various servers who work there while pursuing careers in acting and modeling. But the incredible success of the show has made these servers full blown reality stars! Unlike most reality shows, a lot of what we see on the show is what we get in reality, meaning the show for the most part is real, but there’s definitely things that have happened off-camera or behind-the-scenes that viewers aren’t privvy to. Here’s a list of 10 behind-the-scenes secrets you might not have known:

In an interview with Glamour, Stassi Schroeder revealed the she met Jax Taylor through Kristen Doute. The two were introduced because Stassi was going through a break up and she needed a distraction. Kristen linked the two up on social media and they began messaging one another back and forth on Facebook. It eventually lead to them all meeting up a bar, but to Stassi’s surprise (and this probably was her first red flag) he showed up with another girl. Stassi said, “I didn’t see him for another year later. Nothing came of it, obviously, because he showed up with someone else. A whole year later, we went to Vegas, and he was working. I — this is embarrassing– I took a Xanax that night, so I don’t remember anything. All I remember is that I woke up the next morning, and I was in his bed in his hotel room.” Apparently nothing intimate happened between the two that night, but somehow he was smitten with her after that night and moved in with her two days later.

Scheana Marie didn’t want to be on the show because she thought it would interfere with her future acting career. When she was first approached by producers about doing Vanderpump Rules she refused because she was looking for acting gigs and was afraid it would taint her image in the public. She said, “You can’t go from a reality show to acting.” But she eventually accepted after been prompted by Lisa Vanderpump and because producers said the show would be more career driven, focusing on the cast working hard on their pursuit to acting and modeling careers.

8. Other Servers at SUR Turned Down the Show

When the idea for a show called Vanderpump Rules was first introduced, producers approached several of the servers at SUR to find out who would be interested in making up the cast. Stassi said in an interview with Glamour that a lot of the servers said no to appearing on the show. She said, “I think they’re kicking themselves right now. Right when I got the opportunity I was like ‘Yes! I’m going to own that sh-t! I was so excited.” Jax pipped in, “It used to be if you were reality, you were blackmarketed. It’s not like that anymore. The girls from SUR, some of the girls who want to be actresses are like, ‘No I’m anti that,’ But now they see how big it’s becoming.”

7. The Cast Watches the Show

The cast watches the show on Monday nights along with everyone else. The cast will avoid working Monday nights so they can see what is going on during an episode. Stassi said in her interview with Glamour, “I’m not going to work another Monday night because just getting those hate tweets when I’m supposed to be serving people, I can’t even handle.” That would be pretty distracting!

6. Does the Cast Still Work at SUR?

The big question on all of our minds now that the cast are reality stars — do they actually work at SUR? During an interview with Heather McDonald, Scheana Marie revealed that the cast does in fact still work at SUR, but it isn’t part of the requirement to be on the show. She said the production team cannot force them to continue to work at the restaurant, but it’s highly encouraged. She said, “Production can’t force us to work if we don’t want to, but if there is a couple weeks that go by and people aren’t working, we get a phone call from Ken [Todd] and Lisa.” She also said that the work environment has changed since the show gained popularity. “We have more modified shifts now with smaller sections and shorter hours, so it’s easier for us to talk to fans and interact. Now it’s a lot easier for us to work and hang out.”

Being on a popular reality show means the cast has to serve fans all the time. Fans come into the restaurant and request photos ops with particular cast members of the show. One of the cast members is bound to be working at any given time and fans will constantly come in and request particular servers, but the staff at SUR have a strict rule against that. Scheana Marie said in an interview with LA Weekly, “You have to be photo-ready everyday for work. I used to dress more casually when serving, but I can’t do that anymore because then I’m taking pictures with people with a ponytail and no mascara.” Stassi quipped in how weird it is that people will come into the restaurant and gush about how they are famous, “And I’m like, ‘I’m serving you Shrimp Risotto. This is crazy.'” Jax also added that half the time when he’s working now he’s explaining the show or taking pictures with people, and that business at the restaurant has blown up.

Being on a show while still serving at a restaurant can be tricky, especially when people who have seen the show come in and don’t necessarily like the person they’ve seen on television. Stassi Schroeder said in an interview with LA Weekly, “I’ll go to a table and they’re like, ‘Oooooh, yeah, we watched you last season.’ And you have to serve them the entire time, and you know they hate you.” Katie Maloney once admitted she was serving a table of ‘older people’ and all the while they were passing around a photo of her in a bikini while she was trying to take their order.

According to TMZ, once the show started taking off and getting higher ratings the cast began to demand a higher pay. During the first season, cast members (not including Lisa Vanderpump) only made $5,000 for the entire season. After the success of the first season, they began demanding more. For season 2 the cast was making roughly $3,000 per episode and in season 3 it went up to $5,000 per episode!

2. The Show is Very Real

What makes Vandeprump Rules different than some of the other reality television shows is that the cast actually does work together and hangout with one another outside of filming. The show wasn’t about taking various people and putting them together to film a show, but rather it was a group of friends who spend all of their time working together and hanging out. Stassi said in an interview, “Everything is real. We’ve all been friends. I’ve dated Jax, so we’ve all been used to dealing with each other and how we are; we relate to each other…We’re not random people put together to tape a reality show. We’re friends. It’s kind of a fly on the wall, the camera.”

1. How Did the Cast Get Hired at SUR?

Turns out SUR is a pretty exclusive job! The cast revealed that the only way to get hired at SUR is to be basically invited by a friend who already works there or to know someone important. The restaurant does not accept resumes or hire anyone off the street, the only way to get in is if someone who already works there recommends them personally. Stassi got her job there because she had friends working there and said she would be at the restaurant visiting them all the time to have drinks and figured she might as well work there! Scheana on the other hand knew Lisa Vanderpump because she worked at Lisa’s other popular restaurant Villa Blanca, and Jax got his job after he started dating Stassi. She called him up one night and asked him if he wanted to come in when the restaurant was short a bartender.