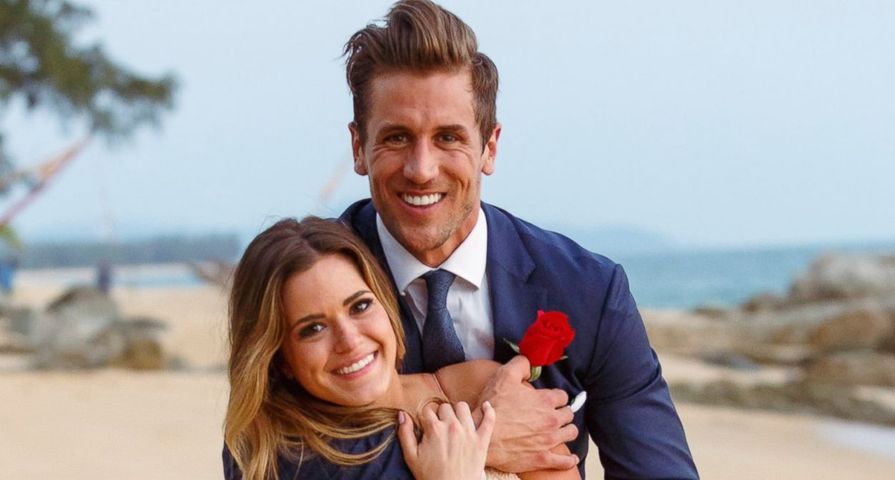 Even though The Bachelorette has only been on for 12 seasons, there have been a few couples that have stood out to — just maybe not in a great way. Warranted or not, some couples have been labeled as the worst or most hated couples to come out of the Bachelorette franchise, and we ranked them for you!

If you can recall, there weren’t many people that wanted to see Jillian as the Bachelorette. So already, the season was doomed as general interest was lacking. However, it was Jillian’s final choice in suitor that really pushed viewers over the edge. Both contestants on the show and viewers at home all agreed she had chosen the wrong man which was evident in the eventual termination of the engagement between Harris and Ed Swiderski. Overall, the season wasn’t memorable, mainly because it lacked a lot of the passion and spark past couples had shown on the show. Although hate might be a strong word to describe feelings towards this couple, its safe to say they definitely weren’t liked.

The passion Ali felt for Roberto was undeniable, but alas it couldn’t stand the test of time. Runner up Chris Lambton and Ali not only seemed to have a lot more in common, but their relationship overall seemed to be the most genuine. However, we secretly wondered whether or not Ali really had recovered from Frank Neuschaefer walking out on her because he was still in love with his ex. It was a dramatic season finale and to be honest; viewers at home were going to be upset no matter who won. In the end, no matter who Ali chose, it would have felt forced because we all knew that she was not over Frank.

After DeAnna had her heart broke by Brad Womack (The Bachelor Season 11), everyone wanted her to find love on The Bachelorette. However DeAnna seemed to pass on a life with stable and suave Jason Mesnick for snowboarder Jesse Csincsak. Truth be told, DeAnna honestly seemed torn when trying to choose between the two men; however, Jason just always seemed more genuine than Jesse. Jason consistently went above and beyond to demonstrate his love for DeAnna. I mean, how can we even compare the photo album Jesse made to the board game Jason made of their relationship? The negative feelings really rolled in when DeAnna mentioned that she had made up her mind long before the proposal, so she had most definitely been leading Jason on much longer than necessary.

This one is a total hit or miss. Viewers either loved the banter between JoJo and Jordan and the alliteration of their names, or they hated their constant bickering and just wanted to see her end up with Robby Hayes. Throughout the season, Robby just seemed to harbor more genuine feelings for JoJo and Jordan didn’t seem capable of feeling. Even JoJo’s family, every single member, was rooting for Robby over Jordan. JoJo has admitted to previously not having the best taste in men and had consistently voiced concerns that Jordan seemed too similar to guys from her past. At the moment, the couple are still engaged, so only time can tell what will happen in the future for these two.

Throughout the season Kaitlyn had been made out to be a woman who just wanted to hook up on the show. Fans either loved the sexual liberation the show was portraying or they absolutely hated it. Now combine the controversy some of Kaitlyn’s decisions caused, as well as the extreme jealousy issues Shawn displayed and you had a potential recipe for disaster. At times it honestly seemed as though Shawn wanted to control Kaitlyn or tone down who she was on the show, and it just didn’t really seem fair. However, both have since stated how their relationship has improved since resuming a normal life after the show.

This season was just confusing, which is probably why it had some of the lowest ratings for the entire franchise. When Jen turned down John Paul Merrit’s proposal, we thought for sure she would choose Jerry Ferris. However, when the proposal was shown, Jen essentially told Jerry to hold off from asking the question to make sure “he” was sure about it. To many, it like a cop out and that it was Jen who actually wanted to take some time to make sure she actually felt the love she professed to have for Jerry. The whole ordeal was received with mixed opinions and none of us were surprised that the couple didn’t make it down the aisle.

Most of the hate for this couple really took off since their break up and it has resulted in the couple being named the most hated couple in Bachelorette history. I think it’s safe to say, we’re all happy they are no longer together. Since the break up, Andi has referred to the relationship as the most volatile she has ever experienced. Andi described Murray in her tell all memoir as a controlling and paranoid partner. I guess it doesn’t help when Josh himself has stated he believes Andi and Nick Viall (runner up for Andi’s heart) probably should have ended up together. 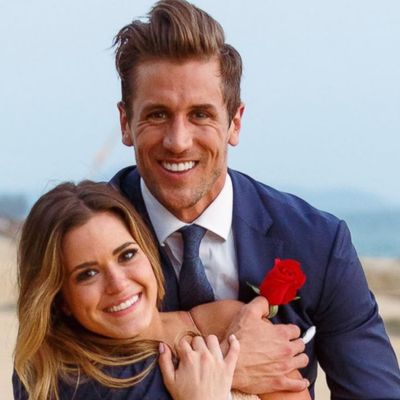