Home » Entertainment » TV » This Is Us: Season One’s 12 Biggest Moments And Shocking Twists

This Is Us: Season One’s 12 Biggest Moments And Shocking Twists 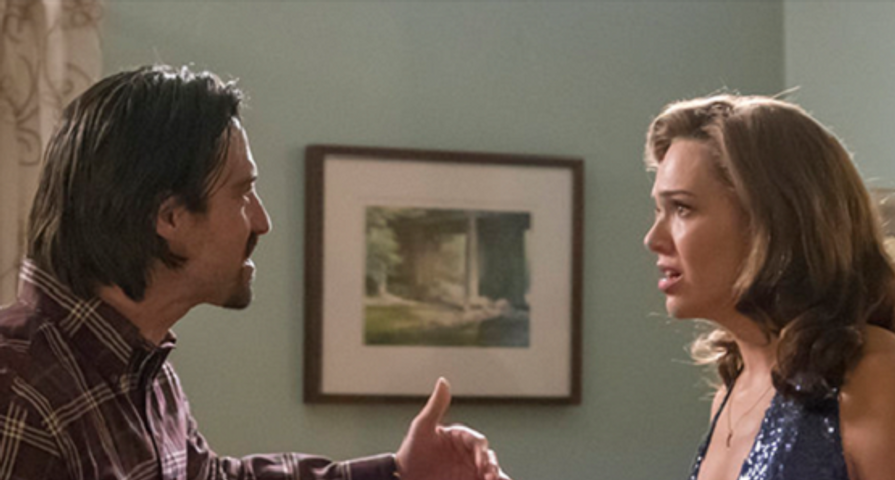 It is hard to believe, and sad to admit, but season one of This Is Us has now come to an end. It is difficult to recall any other series that had such an immediate success, reaction, and engagement with fans than This Is Us has had since its premiere on September 20, 2016. With an absolutely amazing cast and even better storylines, a lot from season one still has fans reeling, and already wondering how season two will even compare. Through 18 episodes, fans went through a lot of laughs, tears, heartbreak and more with their favorite characters, so as we eagerly await season two, take a look back at the incredible first season with This Is Us‘ 12 biggest moments and shocking twists!

It seems like forever ago now, but one of the show’s biggest and best twist was the original one. This Is Us began with the story of Kate, her brother Kevin, along with the beginning of Jack and Rebecca who have a box of photos labeled ’75-’79. While fans were pulled into every character’s story, no one will forget the big revelation at the end of the episode when a firefighter offers Jack a cigarette in the hospital, that Kate and Kevin were in fact Jack and Rebecca’s babies. That moment was the catalyst for how the series would continue with present day stories and flashbacks, and was crafted so perfectly, all fans wanted was more. It was the show’s very first big twist, and still arguably the best one.

Through all of a season one, Jack Pearson was characterized as an unbelievably perfect husband and father. From telling the guys at the golf course he never wanted to “get away” from his family, to his huge romantic setup in his and Rebecca’s first apartment to “voguing” with Kate, everything Jack did was heartwarming and wonderful, maybe perhaps a little too wonderful and perfect. It seems Jack’s one vice is drinking, and it clearly became a big enough problem that Rebecca had to tell him to stop it, and Jack being Jack, he did. That was until his fight with Rebecca and fans saw him down a whiskey in a couple of sips. Fans have now been led to believe that his drinking takes some vital toll on his relationship with his family, or even might play a part in his death, making his return to drinking one of the show’s biggest moments.

Through each episode, a little more from previous episodes is revealed and explained on This Is Us, and since the beginning fans wanted nothing more than Randall’s whole story. Over the course of the first eleven episodes, fans knew that Randall had been adopted after being left at the hospital, the same day that Kevin and Kate were born and the third triplet was lost. Episode 12 “The Big Day” finally tells Randall’s story of going from being dropped off at the firehouse, to be taken home by the firefighter in an attempt to save his marriage, to finally being taken to the hospital where the firefighter offers Jack a cigarette and explaining he brought a baby in. Getting to know the Big Three as adults only made their full story of becoming The Big Three on their birthday one of the biggest and most significant moments of season one.

Through flashbacks into adulthood Randall Pearson was characterized as a stable, smart, responsible and loving person who takes everything seriously. His work ethic and empathy made him extremely successful both professionally and personally, but the show again tugged at heartstrings while revealing there is no such thing as “the perfect life” when it cracked Randall’s calm, cool exterior. Episode 15 “Jack Pearson’s Son” gave a better insight to Randall, including he had suffered nervous breakdowns as a teenager due to self-inflicted pressure, and had reached the same breaking point in his career in present day. Randall’s breakdown was simultaneously paired with Kevin realizing the brother he had been, and the brother he wanted to be, causing him to rush to Randall’s side. The episode not only gave fans one of the best Randall and Kevin brother moments, but also revealed the development from in the pair from episode seven where they brawled on the street.

Episode eight’s Thanksgiving episode was one of the biggest of the entire season. Fans had already been confronted with the revelation that Rebecca had met William not once but twice and denied him access to Randall’s life while keeping the secret from Randall his entire life. The Thanksgiving episode saw Randall find out his mother’s secret before his wife, Beth, could tell him. Randall’s anger at his mother was shocking not because it was so out of character, but because he and his mother had already been so close.

The season one finale focused almost completely on Jack and Rebecca, but what we did see of the Big Three, saw fans left with big changes for each one. With everything that has happened since, fans had almost forgot that Kate has her mother’s singing talents, and when she and Toby returned home she declared to him that she knew what she wanted to do for work…sing! Is she finally ready to face her stage fright, what does this mean for Kate’s future? We don’t know and now we have to wait until season two. Another huge decision was also made by Randall who, after looking at childhood photos, calmly approached Beth and told her “I want to adopt a baby.” Then there was the fact that after rekindling his romance with his ex-wife Sophie, the two are once again dealing with his burgeoning career as he took off to L.A. for a big movie audition. The finale dropped some huge revelations for the Big Three, and only more anticipation for the second season.

Episode five delivered a momentary answer, but not one that fans especially wanted about why everyone except for Jack had been present in the present day scenes so far. At the end of the episode Kate finally reveals to Toby that her father Jack is dead, and from that moment on fans have been preoccupied with figuring out how and when Jack dies. Kate’s revelation to Toby during the Pittsburgh Steelers game was a huge moment for the show, and the only thing that could match it was the flash of his funeral. Episode thirteen saw Kate attend a health camp where she finally broke down about her father’s death. The fleeting flashback of Jack’s funeral was extremely powerful as it brought Jack’s death on the show even closer, but also gave a timeline as it gave a glimpse of The Big Three who appeared to be in their teens.

If the Thanksgiving episode wasn’t big enough, the show had even more up its sleeve for the Christmas one. The episode was full of twists, turns and big moments which included a flashback of Kate getting appendicitis on Christmas Eve, and Dr. K on the brink of death. Present day saw Randall talk a co-worker out of suicide, and Tess succinctly points out to her dad that William “is gay, or at least bi.” As stated, the episode was packed full of jaw-dropping moments, but nothing was bigger than Toby showing up at Randall’s to declare his love for Kate. The episode ended on quite the gut wrenching cliffhanger for fans when at the very end, Toby seemed to suffer a heart attack and is rushed to the hospital.

Much of This Is Us was defined by the relationship between Jack and Rebecca and Pearson, but episode two delivered fans a heartwrenching blow when it came to our favorite lovebirds. The second episode revealed that Jack and Rebecca had not made it to 2016 together, but to make matters worse, in the present Rebecca is now married to none other than Jack’s best friend, Miguel! The revelation was huge for both the obvious split of Rebecca and Jack, but also the question of how did she end up with his best friend? The twist was huge for the storyline as well as character development, and also proved more than ever that the writers were definitely messing with the audience’s emotions by having Jack give an impassioned speech about being a better husband in a flashback only to show Rebecca with Miguel in the present in the very next scene.

While Jack’s death has been imminent and unanswered, fans were faced with one major death they knew was coming: William’s. Despite knowing from the outset that William was battling cancer and slowly dying, fans couldn’t help but growing attached to the character. The episode “Memphis” was one of the best of the entire season as it focused solely on William’s story from birth, to a musician, to drug addict and giving up Randall, and once again finding himself in William’s life. The episode paired the Randall-William focus with attention on Randall’s relationship with his adoptive father, and it was brought full circle in a beautiful and extremely emotional moment where Randall calms William as he passed.

Source: Glamour
This Is Us S2 Episode 8 Recap: 8 Can't Miss Moments From 'Number One'

Very few huge revelations centered around Kevin, and for the most part it seems like his life has had smaller obstacles. He has always been interested in acting, always good looking, but also insecure it seems. Thanks to all of this however, no one saw one of the biggest twists coming after Kevin was trying to decide between Olivia and Sloane and “pictured” the love of his life, only to show up at the house of a woman we had never seen before. That was when Sophie dropped the bombshell that she wasn’t only Kevin’s ex, she was his ex-wife, and he had cheated on her! Then we also learned they were childhood sweethearts and she had been Kate’s best friend as kids, opening up a whole new door to Kevin and his life.

(Photo by: Ron Batzdorff/NBC)
This Is Us S2 Episode 7 Recap: 8 Can't Miss Moments From 'The Most Disappointed Man'

The season one finale didn’t exactly include what fans thought it would, but it also gave them more than they saw coming. While Jack’s impending death had been looming all season, it went unanswered, but the finale did show the beginning of Jack and Rebecca, but also sadly, the beginning of the end. The beloved couple engaged in the biggest fight we had seen yet, and resulted in Rebecca asking Jack to leave for awhile. Now fans are left wondering, is this how Jack and Rebecca split? Are they not together at the time of his death? And the fight showed cracks in a relationship that we had held on a pedestal, signalling a major turning point for their relationship, the future, and the tone the show will enter going into season two.