Home » Entertainment » TV » This Is Us: All Of Jack’s Death Theories Ranked

This Is Us: All Of Jack’s Death Theories Ranked 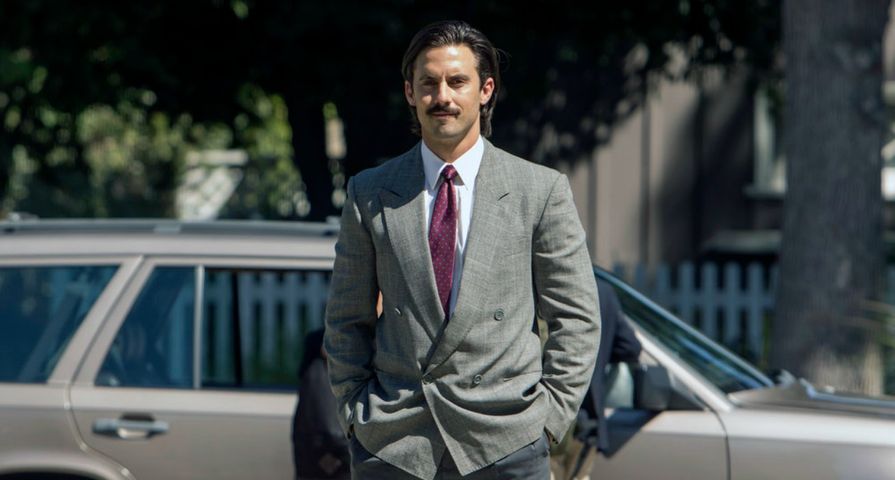 Season one of This Is Us threw a lot of twists and turns at audiences, but one of the biggest and most heartbreaking was when it was revealed Jack Pearson is dead in the present. Afterwards it was then also revealed that his wife Rebecca is now married to his best friend Miguel, and immediately fans were hard at work trying to figure out the mystery around Jack’s death and how he died. Now, the theories of his death have ranged from plausible to completely wild, and it seems fans will finally learn the truth in season two! Ahead of finally finding out exactly what happened on the new season of This Is Us, here are all of the theories about his death ranked:

Out of all of the theories that have surfaced, this is the one that has gained the least ground from fans. In season one Kate said it was her fault her dad was dead, so many took that literally and started presuming she killed her father albeit accidentally. At the time the show seemed to be leading up to Jack being involved in a drunk driving accident and many theorized that Kate asked him to come pick her up somewhere and, not wanting to let her down, he drove drunk to get her and died in an accident on the way. That isn’t what ends up happening of course and while Kate’s extreme guilt and “It’s my fault” statement might mean she is inadvertently tied to his death, it isn’t likely she killed him accidentally or otherwise.

Another theory that doesn’t really make sense, and is probably very far from what actually happens to Jack, is the one suggesting that Miguel kills him on purpose. According to the theory, while Miguel is putting on the front of the best friend, he is actually secretly in love with Rebecca and jealous of Rebecca and Jack’s relationship so he plans Jack’s demise. The whole theory began after a joke made by producer Glenn Ficarra at the PaleyFest panel for the show, and is in fact just a joke. To cement the fact that this is definitely not what happens, even Milo Ventimigilia joked that this was his favorite theory so far about Jack’s death.

In the midst of all of the other suggestions about Jack’s death, the theory that he dies in a house fire really took off has become quite elaborate through the minds of fans. After the idea that Jack dies in a house fire, it was then furthered with the suggestion that he dies while trying to save Miguel’s ex-wife and kids from a house fire. The theory would explain why there is no mention of Miguel’s kids in the present and would further emphasize Jack as the almost perfect man and true hero. Despite being well thought out, there is really no basis for this theory and it can almost certainly be ruled out that Jack doesn’t die in a house fire and certainly not while trying to save Miguel’s family.

Naturally, the death theories took an even darker turn with one suggesting that Jack commits suicide. While suicide does not seem like an angle the show would take for the character, there are many signs that pointed to a darker side to Jack, especially his struggles with drinking and stress at work and with money. The theory also took shape after the Christmas episode of season one where in the midst of his office’s Christmas party, Randall has to talk his co-worker out of committing suicide on the building’s roof. The scene was emotional but also seemed out of place and led many to believe it was some sort of foreshadowing, not to mention the fact no one has talked completely openly about Jack’s death and all seem severely traumatized by it even years later as if they never had closure, which all point to a possible suicide. Although this also remains unlikely for how Jack dies, there are a lot of strong points in the theory that make it a contender.

While there has been no indication that Jack would have any health problems or heart issues, a very significant amount of time of season one has been spent in the hospital dealing with others peoples’ health problems, leading to the theory that Jack dies from some sort of illness. It is highly unlikely that Jack’s death is because of something like cancer because that would have most definitely been addressed through the death of Randall’s birth father William. Something else like heart problems or even liver issues if his drinking returns are plausible and much more in tone with This Is Us‘ realistic life situations.

Source: This Is Us/YouTube via Bustle

In season one it seemed that audiences would find out Jack died from drunk driving after episode 15 “Jack Pearson’s Son” ends with Jack telling Rebecca he doesn’t want her to go on tour and has his first drink in years. It is then revealed that it is Kate who convinces him to go chase after her, which fell into line with Kate saying in the present day it was her fault her dad died. Of course, in episode 17 “What Now?” Jack made it to the show, and did not get into an accident, once again throwing fans off after a lot of anticipation. Regardless, drunk driving still is one of the best death theories out there for Jack because after that plot line, fans won’t be expecting it and This Is Us creators could be employing the old cliche “Fool me once.” There is no confirmation that Jack never drinks again, and just when everyone thinks things are going well, it wouldn’t be surprising for drunk driving to actually be the cause of his death; it’s only a few years later from the incident in “What Now?” which could have been foreshadowing.

In early February, as season one was winding down, one of the most heartbreaking but extremely convincing theories about Jack’s death went viral. The theory concluded that Jack died during the 9/11 terrorist attacks in New York City and there were many points surrounding this theory. The first was that season one had pointed out the Big Three’s issues with planes which include Kate and Kevin both being terrified of flying as well as the scene that showed Kevin as a kid destroying all of his model airplanes that he once loved. There is also the fact that it has not yet been explained how Randall and Rebecca ended up living in New York City, so there will be some explanation for the family going from Pittsburgh to New York at one point which will explain Jack being there. Of course, as convincing as the theory was, there are many problems with it including the fact that Jack’s funeral scene showed the Big Three as teenagers which suggests he would have died well before 2001 as they would have been adults in 2001.

Lastly, after taking into account the devastating 9/11 theory and its problems, fans began to research other well-known real-life plane crashes that happened at a time that would place Kevin, Kate and Randall as teenagers. That is when the 1994 UsAir jet crash theory has popped up and seems even more plausible than the 9/11 one. Along with all of the evidence for the 9/11 theory, such as the twins hating airplanes, the crash happened just outside of Pittsburgh where the Pearsons were living and since it occurred in 1994 it means the Big Three would have been 14 at the time. Of course, there is no suggestion that Jack’s death had anything to do with a real-life event at all and he could die due to a fictional plane crash or fictional tragedy.