Home » Entertainment » TV » This Is Us: 11 Things We Want To See In Season Two 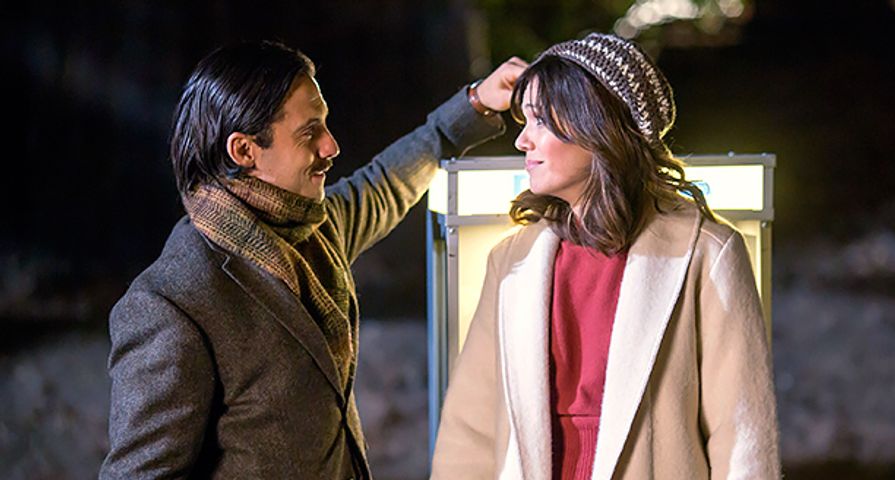 The new NBC series This Is Us has quickly become one of the most talked about series on TV. The show has captivated viewers with its story that takes us on a rollercoaster ride of up and down emotional moments and huge monumental twists and turns. Sadly, the first season just wrapped up, but we’re super excited because the show has already been renewed for a second season! While the season finale didn’t disappoint, it still left us with a lot of unanswered questions. Here’s a look at 11 things we want to see in the second season of This Is Us!

Fans were shocked and pleased to watch Randall walk into work and quit. It seemed like when William died, Randall realized there are more important things in life than work and money. This change of heart was further fueled by the fact that he was widely underappreciated at his job. Before he quit, he announced to his boss and co-workers that he had dedicated the last 10 years to his job, pulled in the majority of the company’s clients, put in 12 hour days and essentially built the company from the ground up, but when his father passed away, his boss and co-workers showed no empathy and proved they barely knew Randall! He realized he had invested his life in people who didn’t care about him. We want to know what Randall is doing since he quit his job!

10. Will Toby and Kate Get Married?

Kate met Toby in the beginning of the season, so by the season finale, they had been together for quite some time and definitely been through a lot. These two are easily one of the most beloved couples on the show as they seem like the perfect match for each other. Toby’s goofy and outgoing personality takes the ease off Kate who is a little more high strung and self-conscious. He is also extremely kind to her which made it easy for her to accept his proposal. We didn’t get to see any wedding planning in season one, but we’d definitely like to see their relationship move forward in season two and hopefully watch these two tie the knot!

9. How Did Rebecca and Miguel End up Together?

Season one of This Is Us had tons of twists and turns, but one of the biggest was definitely when Rebecca and Miguel showed up at Randall’s house in present day. This showed fans that not only were Rebecca and Jack no longer together in 2016, but she was now married to his best friend, Miguel! A lot of what happens in the present day is explained through flash backs but this huge plot twist hasn’t received any explanation thus far. We know it’s coming eventually as they are still slowly revealing the entire story of Rebecca and Jack, but we’re hoping it’s sooner rather than later!

8. The Relationship Between Rebecca and William

Another unsuspecting twist was that Rebecca had known who Randall’s father was his whole life. She decided to keep it a secret because she was afraid she would lose Randall to his biological father. In flashbacks we see Rebecca meet with William not once, but twice. The first time was right after she and Jack adopted Randall, but then she met him again nine years later and became even more self conscious when she saw how much better William was doing. When William got excited about the possibility of meeting Randall this freaked Rebecca out even more. The fact that Rebecca never divulged these details to Randall makes us believe she has more to hide. If we think back to the first time Rebecca met William in present day, she was extremely stern with him about not letting Randall down and implied they had made a deal. There’s definitely more to this story!

NBC
This Is Us S2 Episode 7 Recap: 8 Can't Miss Moments From 'The Most Disappointed Man'

7. What Happened Between Kevin and Sophie?

Fans were shocked when they learned Kevin had previously been married. Not only was he an ex-husband, but his ex-wife Sophie was someone he had known since he was a little kid! Sophie was Kate’s best friend when they were about 9 or 10 years old. We learn that Kevin and Sophie had divorced about 12 years ago and we are learn that the marriage fell apart because Kevin cheated. It’s unclear how long they were married, but that these two have a deep history together, and according to Kevin, she’s the one and only woman he loves. We are guessing there is more to the story of Kevin and Sophie than the fact that one day Kevin just up and cheated on his wife. Did he engage in an affair? Were the couple fighting over other problems? Then in the season finale, Kevin leaves Sophie once again to take a job in L.A. and it’s unclear whether the two will stay together or break-up once again.

Photo by: Ron Batzdorff/NBC
This Is Us S2 Episode 8 Recap: 8 Can't Miss Moments From 'Number One'

In typical This Is Us fashion, the season one finale ended with a huge cliffhanger. In the emotional finale, Randall is seen looking at childhood photos. It’s clear this sparks something in him because he then walked over to his wife Beth and announced he wants to adopt a baby. We don’t get to see much of Beth’s reaction to this statement except an astonished look of surprise. We definitely want to see what happens with this in season two. Will Beth and Randall start the process of adopting a baby or will Randall’s desire to have another child cause a rift in their relationship? We’d also like to learn more about their relationship. We know Randall and Beth have been married for 17 years and have two children together, but it would be interesting to learn a little bit more about their backstory!

5. Rebecca’s Relationship with Her Parents

The Thanksgiving episode of This Is Us was a big one, not only because of all that was unfolding about Randall, William and Rebecca, but also because we got to see a glimpse of where Rebecca comes from. In this episode, we see that Rebecca is tense about going to her parents’ house, especially to see her mother, which leads us to believe her relationship with her parents is strained. Luckily their car breaks down on the way, so they never actually make it. She then finds a pay phone to call and let her mother know they aren’t going to make it. When her mother gives her grievance about not coming, she finally tells her mother off which seems to be a big moment for her. In season two we’d like to learn a little bit more about Rebecca’s relationship with her parents. Why is their relationship so strained?

One of the biggest storylines on the show is Kate’s struggle with her weight. Through the flashbacks we learn that Kate has struggled with her weight her entire life. As a child she’s extremely self conscious about her size, but it’s unclear where this all stems from or where it might have started. We figure as an adult she might have turned to food as a way to cope with her father’s death, but from what we’ve seen in the flashbacks, it might have started long before that. In present day, Kate announced to her mother she had decided to undergo gastric bypass surgery. Will Kate go through with the decision to have the surgery or will she find another way to lose the weight? Also in the season finale, Kate announced to Toby she has finally decided what she wants to do in terms of her career. She wants to be a singer like her mother. Will she follow through or will her weight and insecurity get in the way of her following her dreams?

3. Jack’s Relationship with his Dad

When the second half of the first season returned, viewers saw Jack and Rebecca stress about their financial situation, especially once they found out they are expecting not one, not two, but three babies! Viewers have caught glimpses of Jack’s father over a few episodes and from what we’ve learned these two have a horribly strained relationship. It’s learned through flashbacks that Jack’s father was an abusive alcoholic. In a later flashback, Jack came face to face with his father as an adult when he showed up at his house to ask for money. Jack’s father immediately thought the worst of his son and assumed he needed money for a gambling debt and what’s strange is that Jack doesn’t correct him. He doesn’t tell his father he’s expecting triplets or even mention Rebecca. We meet Jack’s father again in the season finale when we see Jack saving money to try and get himself and his mother out of the house and away from his dad. Hopefully in season two we get a better understanding of their relationship.

This was by far the biggest and most emotional twist of the entire show thus far! Viewers learned the heartbreaking news that Jack is dead in episode five when Kate becomes upset while watching a football game and finally revealed to Toby that her father is dead. Even though we’re already one season into the show, viewers still have no idea how Jack died. A lot of fans thought this question would be answered in the season finale, but to our dismay it’s still a huge question mark! The only clue we have about what happened is when we see a flashback to his funeral where The Big Three are seemingly in their teens. We do know that Jack’s biggest vice is alcohol, so that could play a big part in his death, but other than that it’s completely unclear. We’re hoping to find out more on this topic in season two.

1. Where Does Jack and Rebecca’s Relationship Stand

This is one question that wasn’t on our minds until we watched the season finale. In the finale episode, Jack and Rebecca get into a huge blow out fight. While we’ve seen these two argue before, it’s never been this bad. So far this season, these two have been the picture perfect couple and have been able to work through all of their problems, but now things are strained between them. At the end of the argument, Rebecca asked Jack to leave and go stay with Miguel which he does. Now the burning question is do Jack and Rebecca break up or get back together? Is this the beginning of the end for these two? It also makes it more unclear on whether the two are even together at the time of Jack’s death which we know happens not long after this major fight.