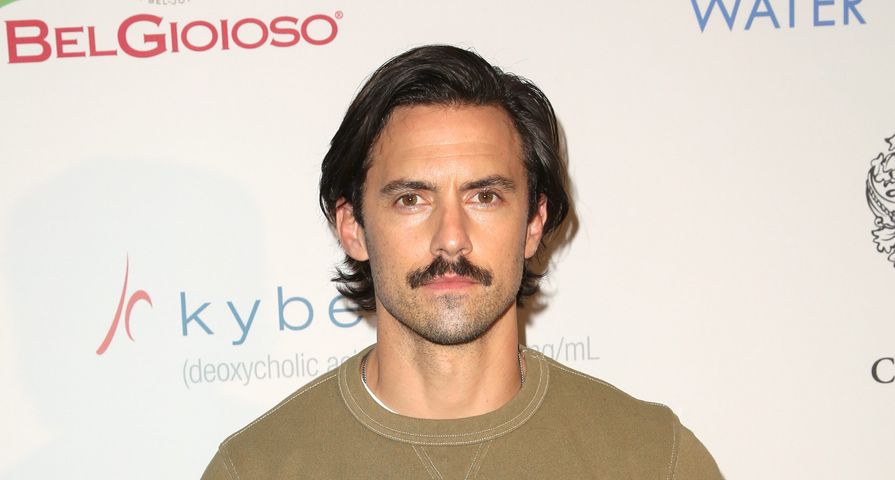 Milo Ventimiglia has returned to the small screen on what is becoming another fan favorite television series! He is currently appearing in the NBC series This Is Us, alongside Mandy Moore, as Jack Pearson. Ventimiglia is no stranger to the small screen. He’s held notable roles on some of the most successful series like Gilmore Girls, American Dreams and Heroes, as well as playing Rocky Balboa’s son in the sixth Rocky film called Rocky Balboa. Ventimiglia has flown pretty well under the radar, but has an extremely successful career under his belt. There’s been a lot of buzz around the show This Is Us and its leading cast members, so here’s a look at 8 things you probably didn’t know about Milo Ventimiglia!

Milo has been a vegetarian his whole life. His parents raised him and his sister on a healthy meat-free diet, so he’s been living the vegetarian lifestyle for quite some time now. In a Q&A with the Daily Mail, Ventimiglia prided himself on his healthy lifestyle: “I’m a lifelong vegetarian. That puts me ahead of the game in terms of health. Recently I’ve also been trying to keep dairy out of my diet,” he said. His dedication earned him the honorable title of PETA’s sexiest vegetarian in 2009 alongside country singer and American Idol contestant, Kellie Pickler.

Ventimiglia knows what it takes to be apart of a successful series and so one of his golden rules while working on set is a strict rule against dating co-stars! We’re a little disappointed because him and Mandy Moore have such great chemistry as a married couple on This Is Us. When asked by E! News what his thoughts are on the subject he replied with the age old rule, “Bad idea — don’t sh-t where you eat.” He’s probably speaking from experience considering he was linked to co-star Alexis Bledel when they were both working on Gilmore Girls and Hayden Panettiere from Heroes. During the interview he did offer up some relationship advice despite his bad experiences: “Be yourself. If you guys click – great. If you don’t, it’s ok. You’re not supposed to be with one another. Contribute as much as you’d like to take. That might be a good thing. Don’t just take, take, take, take, take — give, give, give, give,” he said. Possibly some more advice based on his experience with Bledel and Panettiere?

He was born in Anaheim, California, to parents Carol and Peter Ventimiglia. His father is a Vietnam veteran of Sicilian descent and his mother is of English and Scottish descent. Milo is the youngest of three children. He has two older sisters, Leslie and Laurel. Because of his father’s background, Milo is a huge supporter of the troops. While Heroes was filming, he took time off so he could join the USO tour and visit the troops in Afghanistan, Iraq and Kuwait. He also works with Iraq and Afghanistan Veterans of America and was a huge part of launching the 2009 PSA campaign called “Support Your Vet.”

5. He Loves His Fans

It’s always refreshing to hear that a celebrity appreciates their fan base and Milo Ventimiglia is one of them! While he admits his fans can sometimes get a little too personal, he still enjoys interacting with them. “People can say some aggressive stuff. I’m shocked at how graphically people ask about costars I’ve been intimate with on camera. But I appreciate when someone walks up to me. I’m a fan of people too! It’s not one-sided,” said Ventimiglia in an interview with Cosmopolitan. His new show This Is Us certainly plays on viewers emotions, especially when it comes to Ventimiglia’s character, Jack. He said he’s been getting a lot of “crying emojis, with like heavy excessive tears” from his audience.

Ventimiglia has admitted that if he weren’t an actor, he’d have way more tattoos on his body. He still does have a few, but not nearly as many as he’d like. Each one of his tattoos has a special meaning for him that is personal. He’s played a few characters in his time that require him to have a lot of tattoos, but he makes sure that they are all fake and his real ones remain personal to him. “I have a couple, but I feel like they���re personal. Sometimes on a job if the role demands a tattoo the producers say, ‘Hey, we’ll use yours.’ I’ll say, ‘No, cover up mine and use a fake one, because mine and mine,'” he said in an interview with the Daily Mail.

One of the most talked about aspects from the first episode of This Is Us was the fact that viewers got to see Milo’s butt! It was talked about a lot among fans and got more attention than anything else when the trailer was released! When asked about if he was uncomfortable with it during an interview with Collider, Milo said that he’s actually done a lot of nudity in his career, so it didn’t bother him at all. “Some people have seen some independent films that I’ve done, and you definitely see a lot of me. But with this, I think the opening words were, ‘Jack is in nothing more than his birthday suit and a Steelers Terrible Towel,’ and that was it. I understood it. And then, when I got to set, it was like, ‘Oh, okay, you really do want my bare a–.’ It’s no big deal,” he said.

2. He Doesn’t Drink or Smoke

Ventimiglia is extremely disciplined! He gave up alcohol when he was 22-years-old because he said it was starting to get in the way of his career. “I try to be good to myself. Look, we’re human and people have differences. I was never one to stand on a soap box and say, ‘This is how you need to live your life!’ It was never about that. Certain things work for me, certain things don’t. [Going out for drinks is] about connecting, hanging out, and having a reason to spend time together. But you don’t really need any kind of reason, other than you want to spend time with somebody,” he said.

1. Dead Nerves on his Mouth

Milo has dead nerves on the left side of his mouth which causes him to have that perfectly imperfect smile! It worked in his favor because he was once cast as Rocky’s son in Rocky Balboa, who also has a similar condition. In an interview with Glamour, Ventimiglia said he’s had it since he was a kid and it’s something he always tried to fix because it affected his speech. “When I was born, they didn’t work. They’re broken, the nerves in my lower left lip. When I was a kid, I would talk out of the side of my face. When I was 16 and came up to Hollywood from Orange County, I was in this cattle call audition for Batman and Robin at Warner Bros., and they interviewed me out front of the studio. When I got home, I was like, ‘Oh, this is exciting!’ But then when I watched the news, I was like, ‘Mom, what is wrong with my mouth!'” he said. He became insecure about the way he talked and looked so from then on he practiced talking in front of a mirror to try and teach himself to speak with a straight mouth.