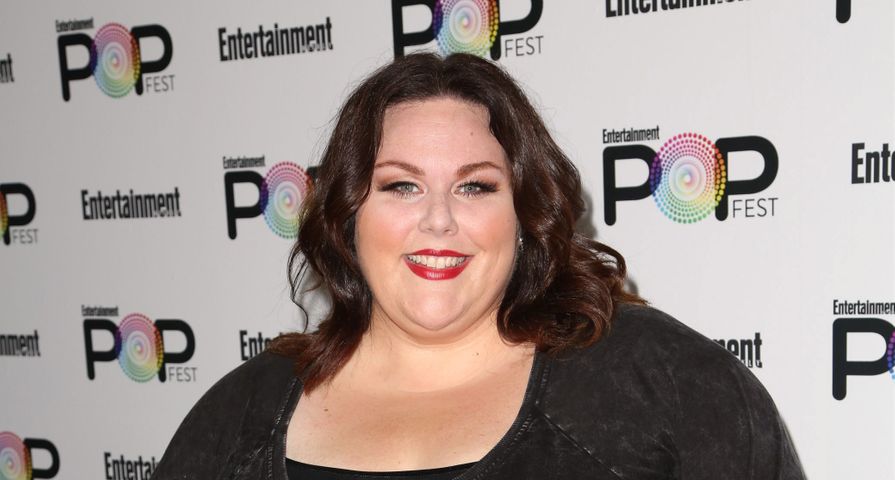 Not long ago, many TV fans did not know who Chrissy Metz was, but when the trailer launched for NBC’s hit fall drama This Is Us, they quickly took notice. It is safe to say that with talent such as Mandy Moore, Milo Ventimiglia, and Justin Hartley on the show, Metz has stood out and in many episodes stolen the show with her portrayal as present day Kate Pearson. With the huge following the show already has, fans can expect to hopefully see it around for some time to come, and it is safe to say Metz’s star is just on the rise now. Get to know the actress better with these 10 things you didn’t know about her:

Before This Is Us, Metz’s biggest role to date had been as Ima ‘Barbara’ Wiggles through a few episodes of American Horror Story: Freak Show. Metz revealed she landed the part because, as a plus-size actress, only a few roles actually come up for her, and her agents jumped right on it when hearing of the role. Most surprising for the actress, however, was that she wasn’t actually as big as producers wanted her to be, and asked her to wear a fat suit. “I was thrilled to find out that I wasn’t big enough. It was a first in my life. It was liberating. Physically, I am a different person onscreen because the suit is so cumbersome. My bust is something crazy like 109 inches. I can’t cross my legs. I walk differently. There are hallways at work I don’t fit in. If it is 75 or 80 degrees outside, it is like 100 in the suit, and it makes me sweat. All that helped me get into character.” 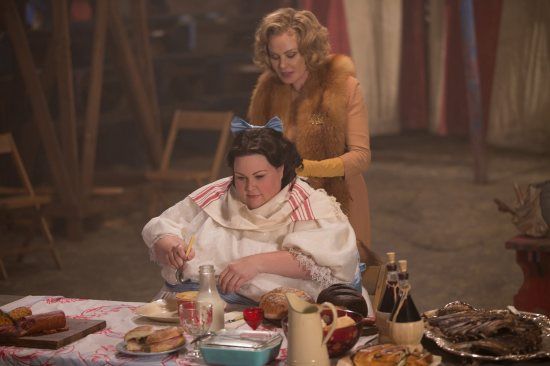 All of the stars on This Is Us have been extremely grateful and excited about the show’s success so far, but for Metz, it is even more special. Her role as Kate Pearson is Metz’s first ever leading role, which is something she has been waiting to check off her bucket list. “I have been in Los Angeles for a long time and I have wanted to be a series lead for a long time. It’s literally on my bucket list. But opportunities for plus-size women are few and far between,” she said during the summer Press Tour before the show’s launch. “I waited for this for so long. I’m like, Bring it on! Let me do this! Let me show up! Let me rise to the occasion!” 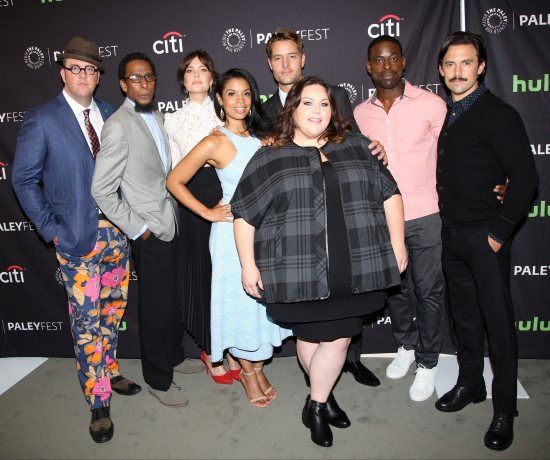 Before her two major roles in American Horror Story and This Is Us, Metz was struggling to compete for any role that was looking for a plus-size actress. Metz’s first ever role was in 2005 in the Entourage episode “The Sundance Kids” where she was credited simply as Counter Girl. She then appeared in similar small roles in films and series including All of Us, The Onion Movie, My Name is Earl and Solving Charlie, and in 2015 she also appeared in a episode of The Doctors to talk about her weight and how it is perceived in Hollywood. 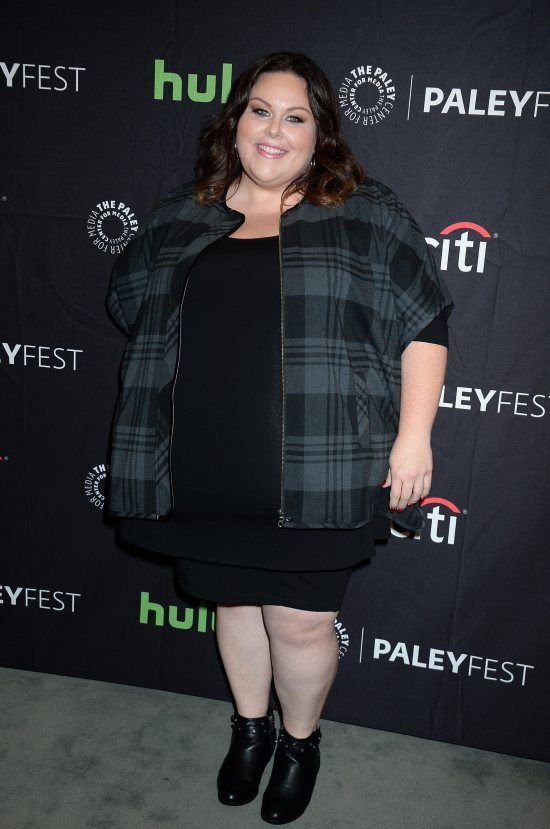 Metz grew up in suburban Miami with her parents and her four brothers and sisters, and has stated she has struggled with her weight from a very young age despite the fact she was always active playing with her siblings and rollerskating and riding bikes. She revealed her weight has always been an issue: “It was always something I was cognizant of. I’ve had pictures of when I was 3 and 4 years old, and I’ve always been chubby.”

Chrissy Metz’s leading role as Kate Pearson on This Is Us has left no doubt that she is a fantastic actress, but unfortunately it wasn’t as easy for everyone to see that when she first pursued a career in Hollywood. In one of her first high-profile interviews since landing the role, Metz talked to Glamour, where she revealed how bad things were before she got the role. “I kept auditioning, with no savings and no money, credit card was gaining interest. I went on unemployment. I bought ramen noodles at dollar stores. I never had to — God forbid — live on the streets.” She added, “When I booked This Is Us, I had 81 cents in my bank account. I could cry right now just thinking about it.” 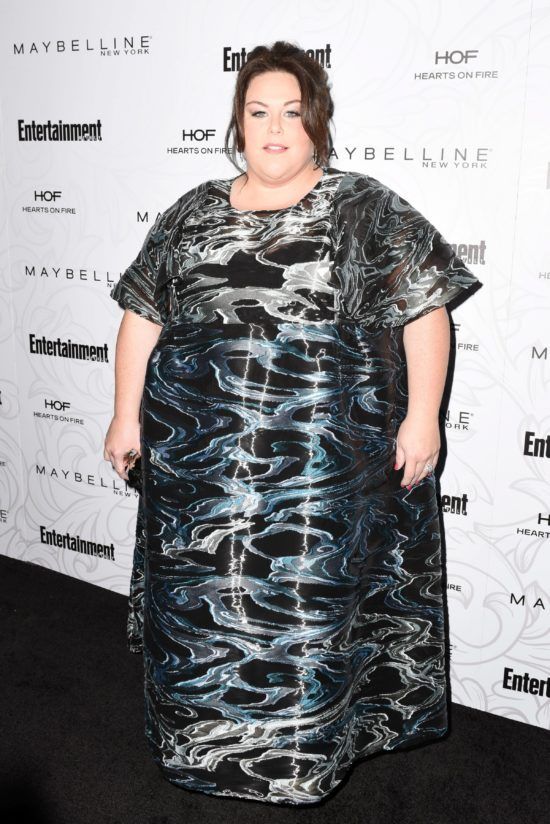 5. Getting a Job in Hollywood

Despite her struggles, Metz did not want to give up on her dream, and while acting wasn’t as easy for her to break into, she did get a Hollywood job. Before becoming a lead on This Is Us, Metz worked as a junior commercial talent agent. When she moved from Florida to L.A., her agent was in need of an assistant, so she went for that job too. “I came out here to be an actress but I needed to pay the bills and I didn’t want to work with the general public,” she said in an interview with The Hollywood Reporter. “I became really good at finding talent […]”I went on auditions maybe twice a year on my lunch break,” she said. And it wasn’t easy. “I ended up gaining weight sitting behind a desk and being depressed. All people do is send you Sprinkles cupcakes, which is lovely but not when you’re depressed and want to be an actress. But I thought if I can’t do it for myself in my time, I can help other actors facilitate their dreams.” While it seemed she was great as a talent scout, fans are more than happy that her acting career finally took off as well!

In an interview with People, Metz revealed that her mother always tried to support her daughter, but also was unsure of what avenues to take to help her be healthy which ended up in the actress joining Weight Watchers at a young age. “I remember being at Weight Watchers at, like, 11 years old and my mom just trying to figure it out for me. It’s one of those things where it’s heartbreaking because, as a parent, you want your child to have the best life possible and you want them to be protected and in this little bubble where everybody finds them to be beautiful and perfect and their lives to be amazing. But that’s not always the case.” She also revealed that her struggles with weight have been attributed to her unhealthy eating patterns. “I would not eat. And then of course I would get so hungry I would binge… and it was difficult because my parents were like, ‘I don’t understand, if you’re not really eating, why are you gaining weight?'” 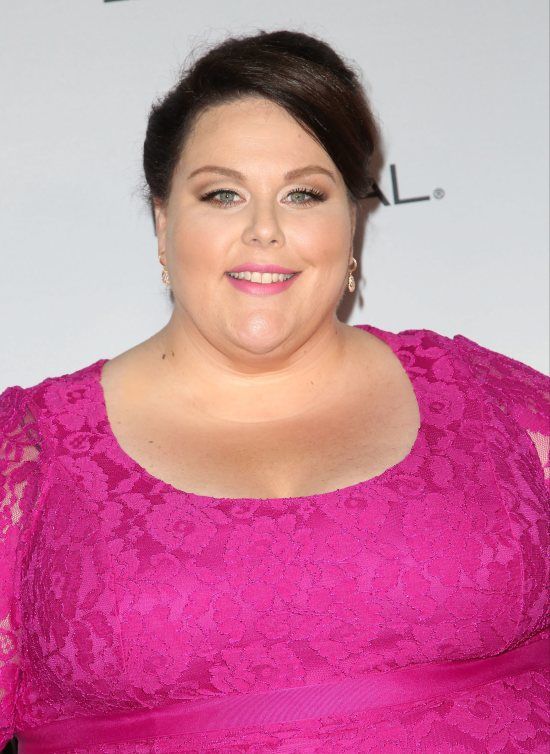 Despite Metz being proud to be one of the few plus-size women to land a leading role, after the pilot of This Is Us aired, many still complained because they felt it was too stereotypical for the plus-size woman’s storyline to revolve around her weight. Afterwards, Metz addressed the complaints saying that she understood, but it was also important because the character Kate is somewhat based on the sister of This Is Us’ creator Dan Fogelman. “The role is written about a woman who — it was loosely based on [creator] Dan Fogelman’s sister — who struggled with her weight and her self-worth. And a lot of people do, and I have myself, as a human being. So this is a story that needs to be told because there are people who find their self-worth in the number on the scale.” 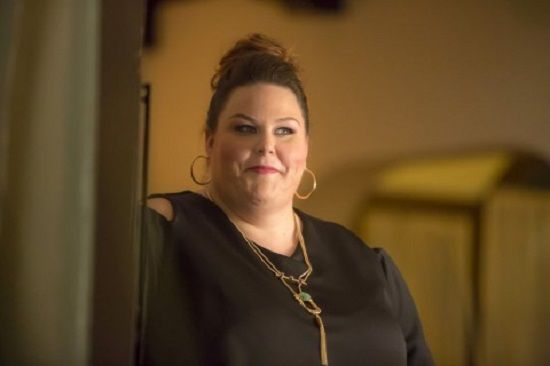 Although the role of Kate was met with some criticism, Metz has pointed out that there were strides made with her character, and they are what really drew her to the part. Notably, one of the central story’s has been Kate’s relationship with Toby Sullivan, which is sadly not so common to have the plus-sized character in a romantic storyline. “I was excited with the breakdown! I thought…What? A plus-size actress that is remotely attractive and has a love interest… in Hollywood? I need this. So many people are defined by a number. If there was going to be a pioneer of the plus-size girl of my shape on TV, why not me? We’re not defined by our weight or what we wear but this is a very poignant story that needs to be told.” 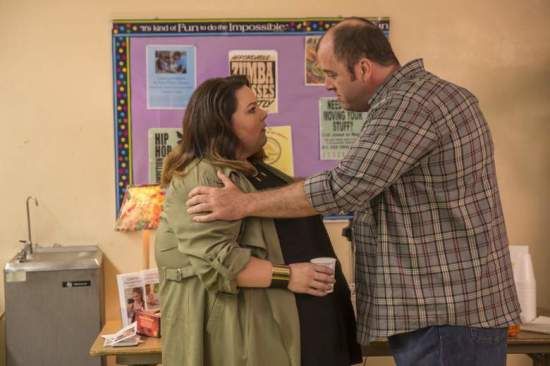 While Metz’s character Kate may be navigating the difficult waters of the dating world and starting a new relationship, Metz is much more private about her dating life, but did confirm she is seeing someone. “No matter what size I’ve been, I’ve never had issues dating. I’ve found really wonderful men, and I do believe that like attracts like. It’s one of those things where if you’re secure and you’re happy mostly, you find really wonderful people who come into your life.” As for who she is seeing now, the actress said she is going to keep it a “private thing,” adding, “I’m really excited to go to red carpets, but I think we’re just going to see what happens. We’re figuring it out.” 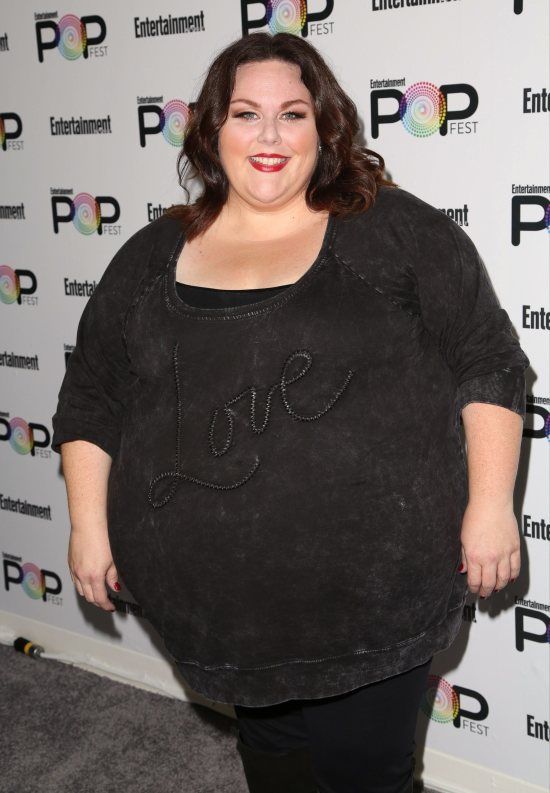