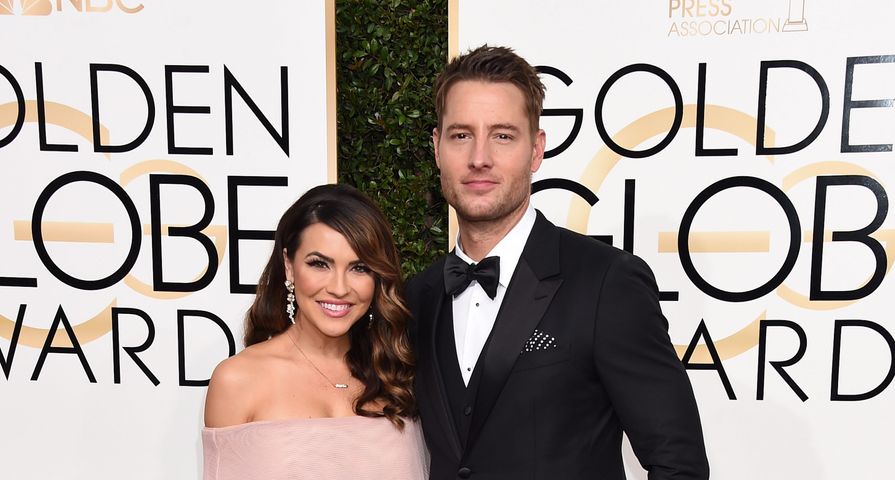 Justin Hartley may now be best known as Kevin Pearson on the hit series This Is Us but before the NBC drama came calling, he was beloved by many as Fox Crane on Passions and Adam Newman on The Young and the Restless. Now, he is married to fellow soap star, actress Chrishell Stause who portrayed, Amanda Dillon on All My Children, Jordan Ridgeway on Days of Our Lives and Bethany Bryant on The Young and the Restless. The gorgeous pair are fun-loving, down-to-earth, and just can’t get enough of each other, so get to know the couple better with these 12 things you didn’t know about their relationship:

As soap opera veterans, many would assume that the pair saw sparks fly through work, but in fact they only met in passing. Their love story actually began thanks to a friend who was acting with Stause on Days of Our Lives. Hartley admitted to Larry King that he had seen Stause through the show and was interested in her, but at first it didn’t go well for him. “I kinda asked about her, but I think she was seeing somebody at the time, so I let it go, and then several months went by and he was like, ‘Hey, I think Chrishell, I think she might be available but I’m not sure.’ So I was like, ‘Okay, well let me give it a few more months,’ Cause you don’t want to be the rebound guy,” he explained to Larry King. Luckily, when Hartley was ready to make his move, Stause was still single, so the mutual friend agreed to help set them up.

The pair officially met on October 28, 2013 when their mutual friend set them up on a date at a concert. “We met up at a concert and talked all night,” Hartley explained. Then, both revealed that immediately after the first date, they both knew they had found “the one.” “I drove her home and called the next day. We haven’t been apart since. I knew right away [and] was like, ‘Oh boy, here we go,'” Hartley said. After their date, Stause immediately contacted her best friend. “The next day I texted my friend: ‘I found him,'” she said of knowing Hartley was the man she wanted to be with.

It clearly didn’t take long for Hartley and Stause to hit it off and that is because they had much more in common than just working on soap operas. For instance, they are both animal lovers and rescued two dogs, Memphis and Gracie, in December 2016 who they adopted from the Burbank Animal Shelter. “We just adopted 2 older dogs that had to be adopted together with medical issues, neglected, matted & dirty. A Hollywood makeover awaits!” Stause excitedly revealed on social media.

The stunning couple has never been one for the spotlight, and only announced their engagement when Chrishell took to her Instagram on July 31, 2016, to share a photo of her ring with the caption, “You guys think I need sunscreen..? @justinhartley.” Hartley later admitted that he was fairly sure she was going to say yes and set up a quiet engagement at home. “One of the things I didn’t want to do was a destination proposal and that kind of thing, I don’t know why,” he told Dan Patrick on his radio show. “I wanted to have it be like an intimate moment, and so I decided to do it at home. I was like, ‘oh I’m gonna ask her to marry me today,’ I was pretty sure I knew that she was going to say yes, so that wasn’t stressing me out and I kind of knew where I stood.” Hartley then revealed that he faked her out with a different ring. “I had bought her this ring about a year earlier, really delicate sort of gold ring that she loved, but it broke and it was sort of my job to get it fixed. So I told her I fixed it and I gave it to her and I gave her the box and I said, ‘I fixed your ring,’ and she said, ‘Okay, fine.’ I kind of turned around and then she turns around and opens it and she looks at it and the ring is still broken, and she’s like, ‘Um, babe, I don’t know how to tell you this…’ and she turns around and I’m on one knee with a new ring.”

Justin Hartley and Chrishell Stause were married on October 23, 2017, four years to the day that they officially met and went on their first date. The pair exchanged handwritten vows at Malibu’s Calamigos Ranch and kept the entire thing intimate with only about 75 guests. Stause donned a Monique Lhuillier gown and walked down the aisle in the outdoor ceremony to Beyonce’s “XO.” Hartley wore a classic Brooks Brothers black tux, and while they kept the wedding small, the actor made sure to leave room for his This Is Us cast mates, Mandy Moore, Milo Ventimiglia, Chrissy Metz and Sterling K. Brown who were all in attendance. The two then had their reception in a “rustic, romantic” outdoor area with chandeliers hanging from trees. The couple did their first dance to The Contours’ “Do You Love Me,” and Hartley shared a special dance with his daughter to Taylor Swift’s “The Best Day.”

There is no doubt that the most important person in Justin Hartley’s life is his teenage daughter, Isabella, and he is so happy that she has a great relationship with Chrishell who is now her stepmom. In an interview with Larry King, Hartley was asked if the two got along and Hartley said that Chrishell is Isabella’s “best friend” which means he has been demoted to “second best friend.” During their wedding, Chrishell paused her walk down the aisle in order to hug Isabella, who acted as flower girl and ring bearer. “She’s been such an amazing part of our relationship,” Stause said of Isabella playing an important role in their relationship.

Why take just one honeymoon trip when you can have multiple? That is what Hartley and Stause thought after their fall wedding. Hartley opened up to Entertainment Tonight about life after marriage and honeymoon plans, saying, “We’re going to try to do as many honeymoons as we possibly can, in between work.” He added, “That’s sort of the goal. That’s what we’ve been doing forever anyways. Like, we work really hard and then we sort of try to party really hard, too. In a safe way.” So far, with such a busy schedule for Hartley working on This Is Us, the pair have only squeezed in a road trip.

Hartley has always been open about how grateful he is to live the life he does — especially when it comes to traveling. While the pair lives full-time in Los Angeles, they made different plans for Thanksgiving and started a new tradition as a married couple. “So, we’re in New York right now. We’re sort of making it our tradition — this is the second year we’ve done it in a row — where we’re kind of coming to New York for Thanksgiving. It’s a wonderful time to be in New York. It’s very festive, and the holidays are a good time to visit if you’re going to visit during the cold months.” He also revealed it was very important to him to incorporate Chrishell into his Christmas traditions. “We do this thing where we decorate the Christmas tree together. I’ve always done that with my family, and so we sort of brought Chrishell into the fold. It sounds really goofy, but it’s actually really cool. We get, like, your favorite beverage of choice, and we blast the Christmas music. ”

Prior to his relationship with Stause, Hartley was married to another soap opera star, Lindsay Korman. The two began dating in 2003 after they met while both starring on Passions. They became engaged in November of that year, around the same time Korman became pregnant. They were married on May 1, 2004, and welcomed their daughter, Isabella, on July 3, 2004. In May 2012, shortly after the couple’s eighth anniversary, Korman filed for divorce citing “irreconcilable differences.” While Stause was not married before, she was engaged once. Stause dated Glee actor Matthew Morrison for two years, and the two became engaged in December of 2006 before they ended their relationship in September of 2007. While rumors swirled that Stause ended things because Morrison wasn’t faithful, Morrison admitted he wasn’t ready for such a commitment. “When I was 27, I proposed to my then girlfriend, but I didn’t do it for the right reasons; we’d been going out for a year or so, and I felt under pressure from society…I was thinking, ‘This is the age when I should probably start having kids so this is what I should do…’ But after I did it, I immediately felt in my heart it wasn’t right. My instant thought was ‘What did you just do?’” he told British Cosmopolitan about his engagement to Stause.

Although Hartley and Stause couldn’t be any happier, the actor revealed that it took some time before he was ready to think about getting married again. “The relationship I have with Chrishell that evolved over a long period of time before the engagement changed me because I’d been married before. Divorces are not amazing. To get yourself into a place where you’re ready to make that commitment again, it takes a special person, a special situation, and a special chemistry. If you asked me three years ago if I thought I’d be engaged and ready to have a new wife and be on this show, I would’ve laughed at you,” he told Anthem magazine.

Before their October wedding, Hartley and Stause decided to set up a new home life together. In the spring of 2017, the actor bought a home in Valley Glen, Los Angeles for $1.67 million. The gorgeous home, which “combines farmhouse and traditional elements,” has five bedrooms, 5.5 bathrooms and a total of 5,000 square feet of living space. Luckily for Hartley, Stause went into real estate and helped secure the estate by representing him in the sale.

Although marrying Stause was not Hartley’s first marriage, and he was not her first love, the two can’t help but gush about each other now. After their wedding, Hartley said his favorite part about being married is “saying wife.” “I like saying it. It’s beautiful, I’m happy. I couldn’t be happier,” he admitted. “We’ve been doing that a lot,” Stause confirmed. “Like, ‘Hey, husband.’ They don’t make them any better than Justin,” Stause told People after the wedding, “and I could not be more thrilled to officially be Mrs. Hartley!” Hartley added, “It’s a special thing, isn’t it, that when you find that one person — and it sounds so cheesy. Some people are like, ‘Oh, there’s one person for everyone.’ But when you meet that one person, you realize like, What the hell have I been doing my whole life? This is the person.”