Home » Entertainment » TV » This Is Us: Everything We Know About Season 2 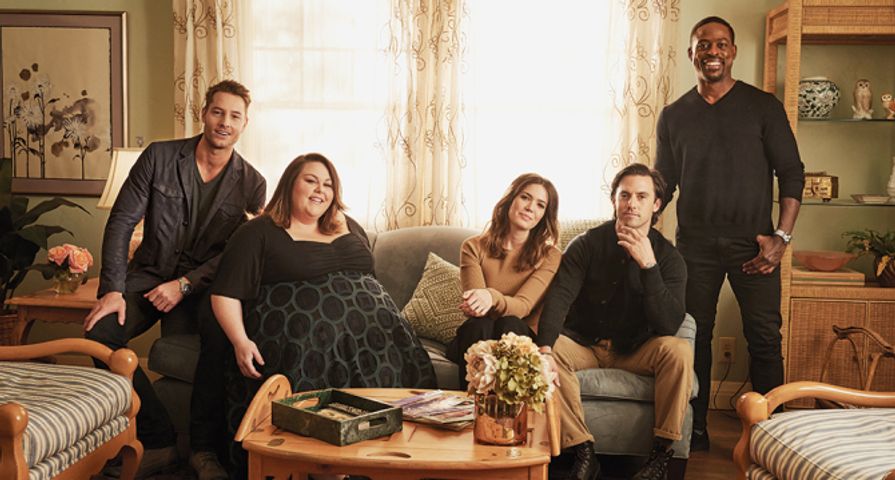 NBC’s This Is Us premiered last fall and quickly became one of the most buzzed about shows. The unique storyline followed several people from one family and their connections with different people. The comedy-drama managed to make us cry and laugh nearly every episode, and left viewers with so many unanswered questions. Starring big names like Mandy Moore, Milo Ventimiglia, Sterling K. Brown, and fresh faces like Chrissy Metz and Justin Hartley, This Is Us returns for season 2 on Tuesday, Sept. 26 at 9 p.m. ET and we can’t wait! Here’s a list of everything we know about the upcoming season!

13. We Will FINALLY Learn How Jack Dies

In season 1, fans were devastated to learn that Jack is no longer alive. Viewers were on the lookout for clues about what could have happened all season and patiently awaited some kind of conclusion in the season finale, but it never came! According to Sterling K. Brown, this will all be explained in season 2. In an interview with E! News he said: “I know we’ll find out how Jack dies and I know we’ll see it. Don’t cry yet! I can’t tell you exactly when it will happen…it will happen this season.” We won’t have to wait long to find out either because a huge hint will come in the season premiere! “You don’t want to know. Wait until Sept. 26, and then there will be a giant hint as to what happens with Jack. There will be,” said Mandy Moore.

12. But, There Will Be More Unanswered Questions

While the question of how Jack died will be answered, show creator Dan Fogelman said they will also put forth a whole new set of unanswered questions! “It’s fair to say that any looming big question that the audience has will be answered in the course of the second season of the show, but it’s also fair to say that we are going to be putting forth some new questions that are going to start getting asked after that, and that particularly involves Jack’s fate. But the answers people are looking for are going to come to them,” he said.

Last season the show ended with Jack and Rebecca in a heated argument and season 2 will pick up right where they left off. After a heated exchange, Jack moves out, but we’re not sure if this is the end of the road for them or just a blip in the road. According to Milo Ventimiglia, they “have a long, uneven, unpaved road to get back to being better.”

One of the major reasons This Is Us stood out among all the new shows last fall was because of it’s unique storyline. It jumped back and forth between past and present and carried out multiple storylines throughout the entire season with little snippets of both Jack and Rebecca’s life prior to having children. One of the things we’ll learn more about in season 2 is Jack’s life. “You have to understand that what we’re telling, the stories we’re telling are still gonna hit home, and you’re going to discover more about this family than you fell in love with,” said Milo Ventimiglia.

NBC
This Is Us S2 Episode 7 Recap: 8 Can't Miss Moments From 'The Most Disappointed Man'

9. And Kevin’s Relationship with Rebecca

At the beginning of season 1 it was clear that Kevin’s relationship with his mother is frayed, possibly due to the fact that she is now married to Miguel, Jack’s best friend. Show creator Dan Fogelman hinted that this will be explored further in season 2. “We want to explore Kevin with 60-year-old Rebecca. What’s that dynamic in the present day that we haven’t gotten underneath? And where did it come from in the past? We want to explore some of the stuff that’s been on the surface and we’ve touched upon, but we haven’t had the time to go deep with,” he said.

NBC
This Is Us S2 Episode 8 Recap: 8 Can't Miss Moments From 'Number One'

Kate is blessed with a beautiful singing voice and we will be seeing more of that. “We’re going to [have Kate] do a lot of singing [next season]. We’re excited to explore this part of her because she has a beautiful voice,” said Elizabeth Berger. According to Chrissy Metz, this will cause a bit of conflict between her and her mother. In an interview with Jess Cagle, Metz said: “It’s something that she and her mother sort of shared with one another…and it’s interesting too because the relationship between mothers and daughters, like mothers and sons is like, we’re impatico. But mothers and daughters can often have a sort of friction-full relationship, so we’ll see how this singing sort of brings up that tension between the two of them.”

At the end of season 1, Kate and Toby took a huge step and decided to move in together while waiting to get married. Season 2 will pick up where they left off and show how they are adjusting to this new phase in their relationship. “There’s going to be an adjustment period. It’s great to see the imperfections and how they work through the relationship together because, if you’re going to love somebody, you have to have compassion and learn a lot of patience,” said Chrissy Metz in an interview with People.

6. We Will Learn Beth’s Not Ready for Adoption

This Is Us has become known for dropping some of the biggest cliffhangers and it’s only been one season! In the season 1 finale, Randall told Beth he wants to adopt a child, like he was adopted. Viewers didn’t get to see much of Beth’s reaction, but we won’t have to wait too long into season 2 to learn that she doesn’t share the same sentiment as Randall. When asked if her character is ready, Susan Kelechi Watson said, “I’m not! That’s a spoiler!” According to Sterling, it’s going to be one of the major storylines this season. “The adoption storyline is big and the way that we go about it transforms from Randall’s original perception of how he thinks it should be. So Beth and Randall come up with a compromise together for what works for them as a couple, similar to how Rebecca and Jack did — but it looks a little bit different.”

Beth was definitely a fan favorite character last season. Not only did she have an adorable relationship with her husband Randall, but she managed to bond with his father and she’s a pretty kicka– mom! While it’ll become clear that Beth isn’t necessarily on board with the whole adoption process, we’ll also gain a lot more information on her and her history on a much deeper level.

This Is Us has recruited a pretty big A-list guest star for season 2! Best known as the star of the Rocky franchise, Sylvester Stallone will appear in at least one episode as Kevin’s co-star in his film with director Ron Howard. According to show creator Dan Fogelman, Stallone will act as a “father figure” to Kevin. “[He] hears Kevin is expecting in his life with his own father, and talks to Kevin a little bit about life and acting and memory and aging,” he said.

In addition to Stallone, there will be two new (but familiar) characters added to the regular line up, including Jack’s best friend, Miguel, played by Jon Huertas, and Alexandra Breckenridge, who plays Kevin’s ex-wife Sophie. Now that Kevin and Sophie are giving their relationship another try, Kevin will have to learn to balance working on his new movie and rekindling this old romance. But it also means we’ll probably learn why their relationship went bad in the first place! There will also be more time dedicated to Miguel. Even though we might not all like his character now, apparently with a little more back story, we’ll learn to love him!

2. Explore Relationship Between Kate and Rebecca

One of the great things about This Is Us is that their are so many characters and different relationships to explore. With so much going on, there wasn’t enough time to develop a lot of these relationships in the first season, so season 2 will dive into them a little deeper. One of the relationships that will be further explored is between Kate and Rebecca. “I’m excited to explore the relationship between Rebecca and Kate and why it’s still sort of frayed and disconnected in the present day,” said Moore in an interview at the Television Critics Association press tour. “I read [the script] and I bawled. I was like, ‘Oh, I think I have some stuff to deal with, with my own mother.’ It really touched something in me. We just finished an episode that addresses all of it. It’s interesting to sort of see the parallels in their lives with music and where sort of maybe the resentment started with her mother. It’s like two sides of the same coin. They’re both right and they’re both wrong.”

From the words of Dan Fogelman himself — Ron Cephas Jones, Randall’s biological father, will be back! “There might be a conversation that a character might have with him, imagining he’s there. But he’s not only going to exist as a ghost. We’re also going to go into his previous stories — things we didn’t know about him and didn’t see — so very much the way that Jack lives in the show, even though we know he’s already gone, is very much the way that William can.”