Home » Entertainment » Celebrities » Cast Of Father Of The Bride: Where Are They Now? 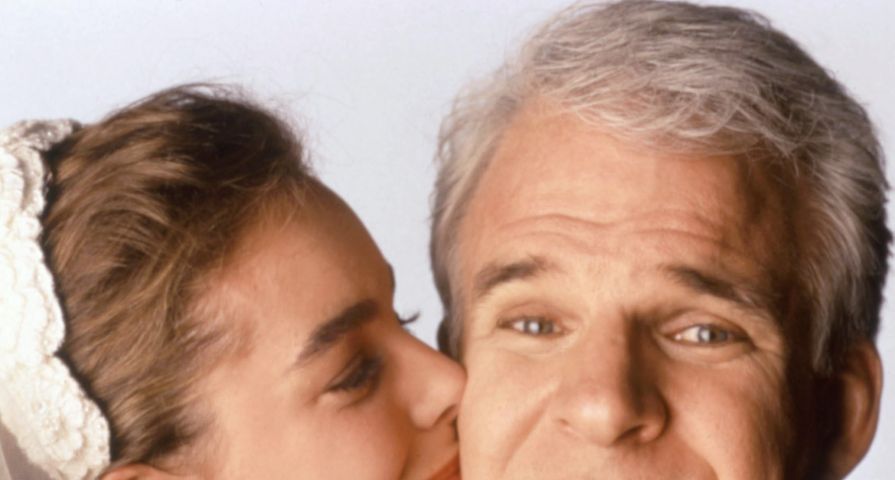 In 1991, we met the Banks family, parents George and Nina and daughter Annie and son Matty. Overprotective father George, had his whole world turned on its head when his precious daughter returns home from studying abroad, and announces her engagement to her new fiancé, Bryan. The story centers around George, his paranoia, frustration, sadness, and ultimately joy as they chaotically merged lives with the MacKenzie family while planning the wedding. All the while George narrates his hilarious thoughts as it goes. The movie became a classic and went onto have an equally popular sequel. So where is the cast of the 90’s classic comedy now?

George Banks, the nervous, over-protective father and protagonist of Father Of The Bride was perfectly portrayed by actor and comedian, Steve Martin. Steve Martin has had a very full career starting in the ’70s and since Father of The Bride he’s continued to star in film and television, while also dabbling in side work like writing. One of his written works, a novella titled Shop Girl, turned into a film in 2005 starring himself and Claire Danes. The movie was well received and made over $11 million in the box office. Steve Martin has long also had a rich musical side, and has released several albums, even winning multiple Grammy Awards. In 2001, 2003 and 2010, Steve Martin had the honor of hosting the Oscars. Currently, he is working on film called Billy Lynn’s Long Halftime Walk alongside stars like Kristen Stewart, Chris Tucker, Garrett Hedlund and Vin Diesel.

Nina Banks, the laid back loving mother and often parent to her own husband, George, was a role played by none other than Diane Keaton. Since 1970, Diane has starred in approximately a film a year! Father of the Bride was a massive hit for Keaton in the ’90s, but she went onto even more success with the movie The First Wives Club. In the 2000s she starred in the critically acclaimed Something’s Gotta Give which earned her several awards and nominations, including a best actress Oscar nomination in 2003. Nowadays, you can hear her lending her voice to much-anticipated Finding Dory as the voice of Jenny, Dory’s mother.

Annie Banks, the daughter and soon to be bride in Father of the Bride, was portrayed by actress Kimberly Williams. Her role in Father of the Bride in 1991 was her breakthrough role into acting. She went on to star in several more movies, including Father of the Bride 2, where Annie becomes pregnant, giving the George and Annie their first grandchild. Ironically enough, country star Brad Paisley took notice of Kim while watching film sequel and afterwards pursued the actress, eventually wooing her. The couple married in 2003 and now have two sons together. Since then, now named Kimberly Williams-Paisley, the actress had a long role as “Dana,” the wife of Jim Belushi on According to Jim, which ran for 8 years. She also had a recurring role as Peggy Kenter on the popular country music drama television show, Nashville. Most recently, Kimberly released a book, a memoir, titled  “Where the Light Gets In: Losing My Mother Only to Find Her Again” which journeys through her mother’s diagnosis of dementia, and the impact it’s had on Kimberly and her mother.

Younger brother Matty Banks, often overlooked by his parents as they are consumed with the life and love of older sister Annie, was played by actor Kieran Culkin. Culki as in the younger brother of Macaulay Culkin, who has often been left in his brother’s shadow. Life imitating art? Maybe so. However, this wasn’t the first acting role for the child star, as he starred alongside his brother in the Home Alone movies as well. Since then he’s had a long line of films most notably She’s All That, Cider House Rules and Scott Pilgram Vs. The World. In 2013, Kieran married foley artist (a form of artistry to create sound effects in film), Jazz Charton.

Bryan MacKenzie was the so-called villain in Father Of The Bride, “stealing” protagonist George’s precious daughter away from him with marriage, after only meeting Annie a few months earlier. The role of Bryan was played by actor George Newbern. George went onto many, many more acting roles on TV and film, as well as lending his voice as Clark Kent/Superman to Justice League movies. Now at age 51, he recently starred in the hit show Scandal. George is also married to his college sweetheart and has 3 children.

Franck was the flamboyant wedding planner in Father of the Bride, whose portrayal by Martin Short was the comedic relief that stole the show. Martin Short, stand-up comedian, film and TV actor, as well as author and theater performer, has had a very full career so far. These days, Martin can be seen making appearances on shows like Unbreakable Kimmy Schmidt, and has been cast in TV special of Hairspray Live! due to air in December 2016.

Howard Weinstein was Franck Eggelhoffer’s wedding planning assistant in the movie. While he wasn’t a main character, he still lent a lot to the story with his role. Howard was played by actor BD Wong. BD Wong went onto star in roles in Jurassic Park, and more recently, Jurassic World. He was also on several seasons of Law & Order: Special Victims Unit as Dr. George Huang. Now he appears on the TV show Gotham as Professor Hugo Strange. BD Wong is also active in the LGBT community, and donates his time and resources to theatre programs for kids.