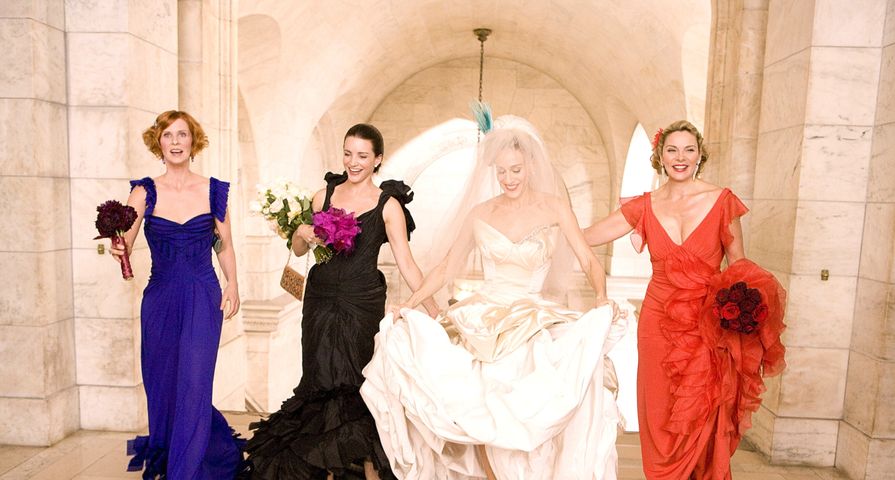 As July comes to an end, Netflix users are still basking in all the great content a new month has brought, but there is a lot more on the way for August. As always the beginning of the month has the biggest additions as well as the biggest exits, but there is a lot to look forward to at the end of the month as well. Find out what to expect this month with everything coming to and leaving Netflix this August:

Sex and the City: The Movie

Carrie, Samantha, Miranda and Charlotte are back on Netflix with Sex and the City: The Movie heading to Netflix on August 1. The first SATC film sees the women deal with the fallout of Carrie’s failed wedding to Mr. Big and big changes in their own lives.

Are We Done Yet?
Boyka: Undisputed
Four Weddings and a Funeral
Groundhog Day
Horns
Jackie Brown
Jupiter Ascending
Now and Then
Panic Room
Rocky
Rocky II
Rocky III
Rocky IV
Rocky V
Something’s Gotta Give
The Bank Job
The House Bunny
The Sinner: Julian
To Wong Foo, Thanks for Everything! Julie Newmar
Why Do Fools Fall in Love

Otherhood: The Netflix Original film Otherhood starring Angela Bassett, Patricia Arquette and Felicity Huffman is coming on August 2. The films follows three mothers feeling forgotten on Mother’s Day and then leave the suburbs and drive to New York City to surprise their adult sons. Instead of reinstating themselves as mothers, they find themselves outside of motherhood.

GLOW: Season 3: The Netflix original series GLOW (Gorgeous Ladies of Wrestling) returns on August 9th with its third season. The season picks up as the gang kicks off a run of shows in glamorous Las Vegas, power struggles, sexual tension and shifting priorities threaten their bond.

The hit Netflix original series Mindhunter returns on August 16th with its second season. The second season follows the Behavioral Science Unit’s killer instincts as they move from theory into action when the FBI joins in a high-profile hunt for a serial child murderer.

Lost Connection: Films You Had No Idea Were Actually Sequels

Love Alarm is a Korean TV series. The description for the series reads: In a world where an app alerts people if someone in the vicinity likes them, Kim Jojo experiences young love while coping with personal adversities.

No Country for Old Men

The Hitchhiker’s Guide to the Galaxy