The Bold And The Beautiful’s Regrettable Recasting Decisions 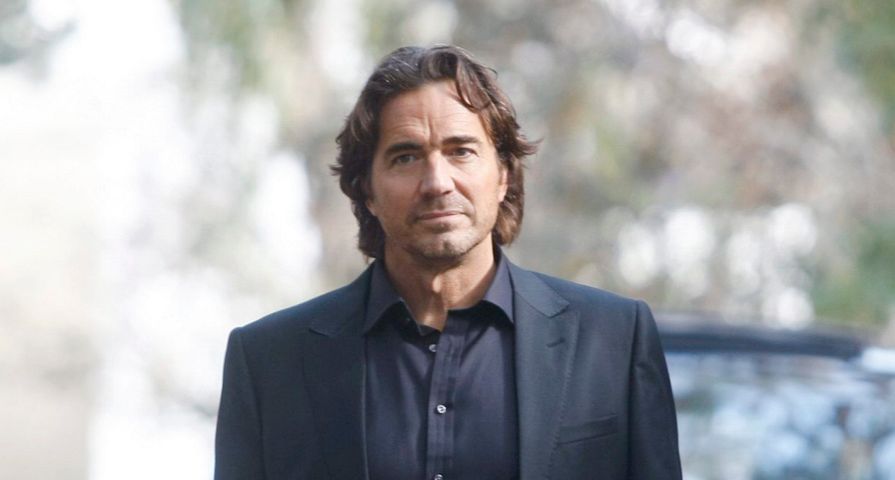 Fans of The Bold and the Beautiful (B&B) tend to bond with certain characters on the show and when the roles are recast, there is usually an adjustment period for viewers. But some characters lose their attraction when a new actor takes over the role. Sometimes, the shoes are just too big to fill and the task of replacing the original actor or actress is too much to overcome. Below are some regrettable recasting decisions made by the producers of B&B.

In 2017, B&B announced it was replacing Windsor Harmon, who had been playing the role of Thorne Forrester since 1996, with actor Ingo Rademacher. This caused a huge backlash from fans. They were not impressed B&B was swapping out an actor who had played the role for 20 years, with a version of Thorne who seemed to fit Dollar Bill Spencer’s nickname for him, Ridge’s “milquetoast mayonnaise brother.” Fans were even less impressed when reports surfaced this year that Jacob Young (who played Rick Forrester) was let go to accommodate a salary for Rademacher. Viewers were underwhelmed with the character, who played Katie Logan (who married Thorne after a five-minute courtship) like a fiddle. These days, Rademacher is suing General Hospital and likely won’t be back on daytime television anytime soon! 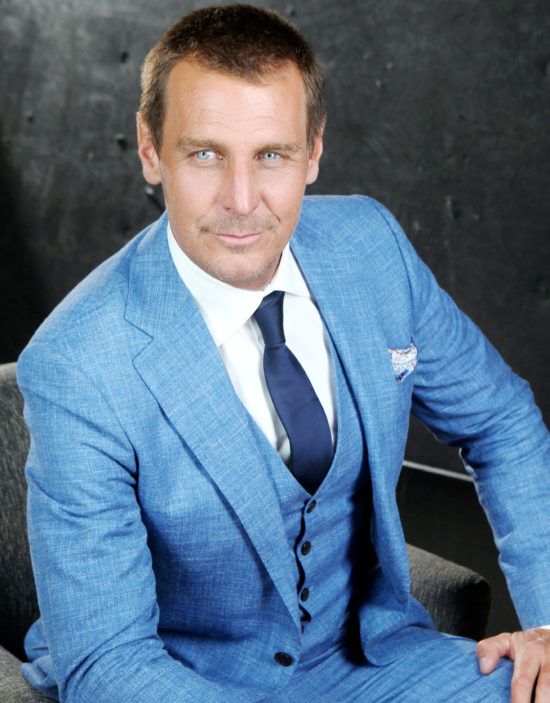 The character of Rick Forrester has been played by quite a few actors over the years and when Jacob Young left in 1999, his replacement Justin Torkildsen did not go over well. But, as is common on many soaps, actors eventually grow on viewers and he became quite popular as Rick. When Torkildsen left B&B in 2006 and was replaced by Kyle Lowder, fans were not impressed. Lowder seemed awkward in the role and was never the right fit, even though he played Rick for four years. When producers re-hired Jacob Young for the part when Lowder left in 2011, all seemed right with the character of Rick Forrester once again. Unfortunately, Rick was later written off B&B entirely. 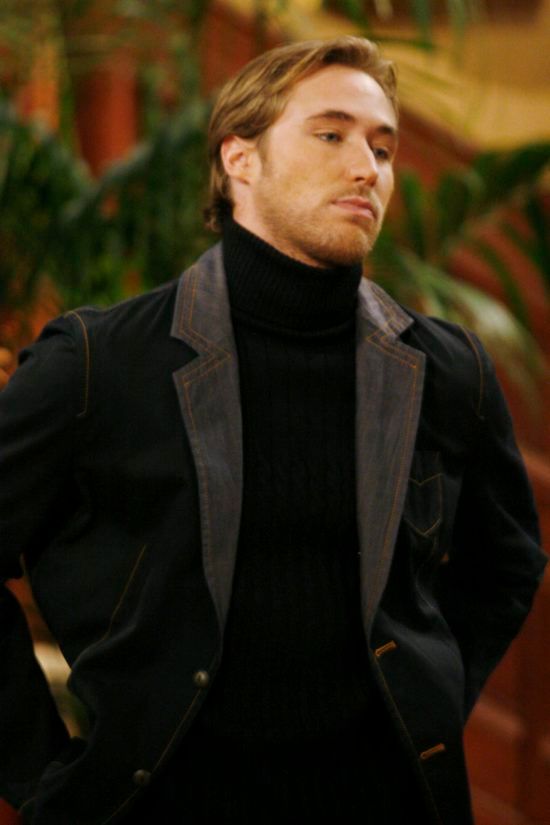 Colleen Dion played the part of Felicia when she first turned up in Los Angeles in 1994, as the sister to Ridge, Thorne and Kristen. She was a popular character and actress on the soap and Dion played Felicia until 2004. When she was replaced about a year later by Lesli Kay, viewers were not happy about it. But Kay seamlessly made the character her own very quickly and won over fans. The character of Felicia, as played by Kay, remains popular to this day, even though she only shows up on B&B sporadically. 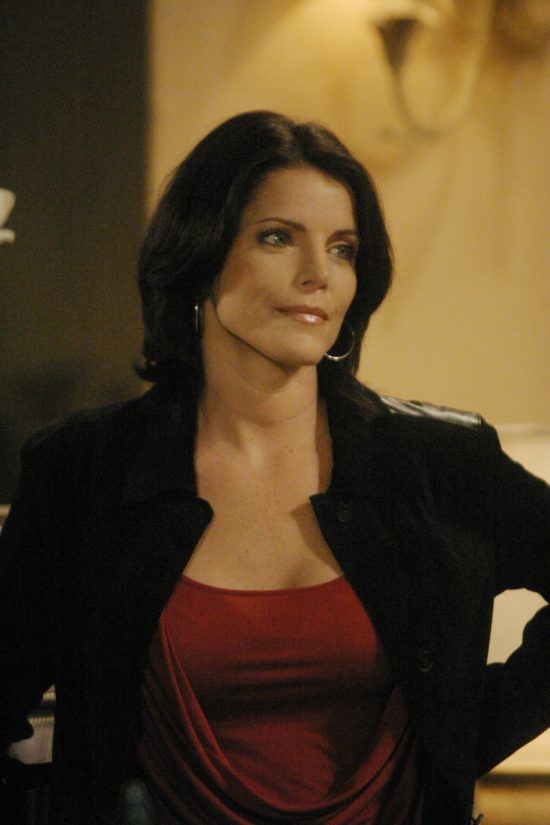 When Mary Sheldon took over the role of Donna Logan, it was only for a handful of episodes in 1991 and then 10 years later in 2001. This was confusing to viewers, as Carrie Mitchum had played the part since the advent of B&B in 1987 (and was also brought back throughout the years up until 2004 to play Donna). Mitchum, who is the daughter of legendary actor Robert Mitchum, was extremely popular in the role. When Jennifer Gareis took over as Donna in 2006, it was difficult for viewers to see an original actress replaced. Gareis has been playing the part on and off in a recurring status ever since. Although she now seems to embody the role of Donna, there are still fans who have never accepted her in the part. 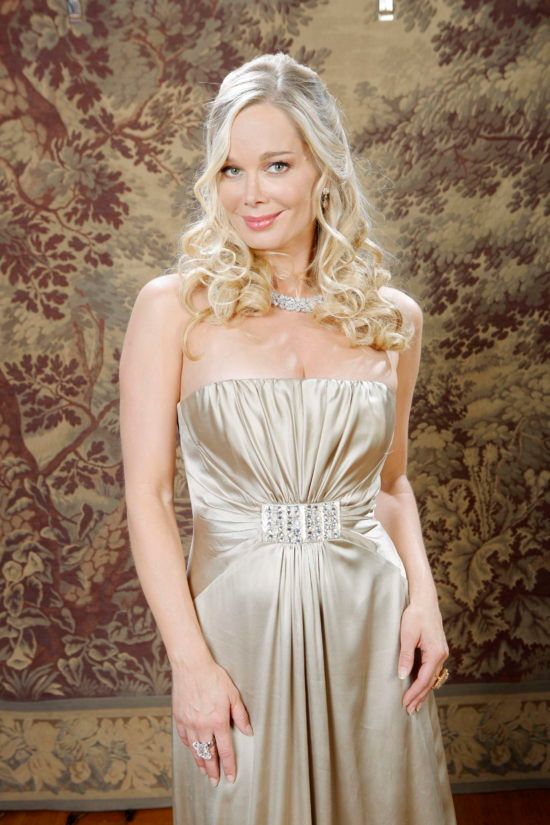 Soap Opera Rapid Aging Syndrome (SORAS) is a common practice of convenience on all the daytime soaps and B&B has been no exception to this. So, it came as no surprise to viewers when Thorne’s daughter Aly Forrester (born in 2004) was suddenly SORASed into teenager status in 2013. That didn’t mean fans had to like it and Ashlyn Pearce as Aly was not tolerated easily. But as viewers came to accept the actress, producers decided to turn Aly from a shy, eccentric teenager into a psychotic, deluded character, who tried to destroy her cousin Steffy at the side of highway and paid for it with her life. The character of Aly was axed off in 2014. 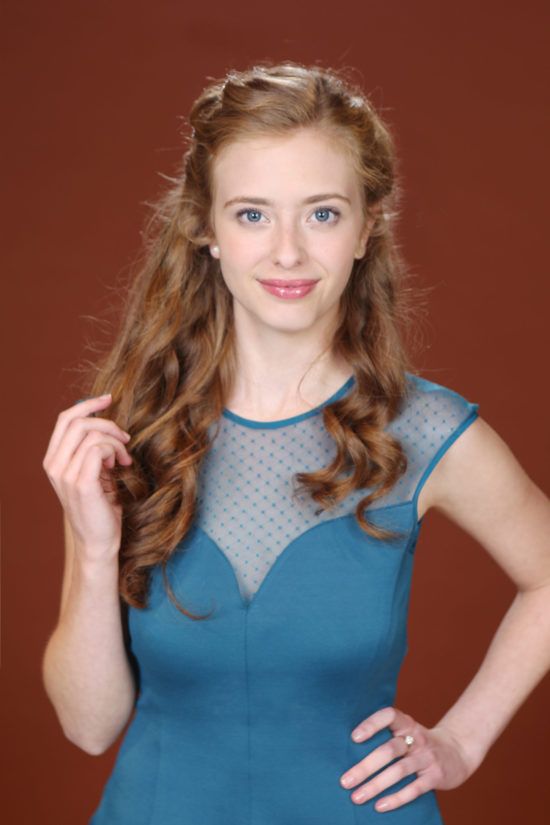 Yet another child that has been SORASed in recent years is Will Spencer, Katie Logan’s son with Bill Spencer. Played up until June 2018 by a five-year-old (actress Heather Tom’s real-life son Zane Achor), producers aged the character by five years in less than two months. Achor wasn’t dropped from the show, as Tom had made the decision to take him off B&B as he was heading to kindergarten in the fall. George seemed a little awkward and stilted in the role (understandable, as he is just a kid) but he has become more comfortable playing Dollar Bill’s youngest son. 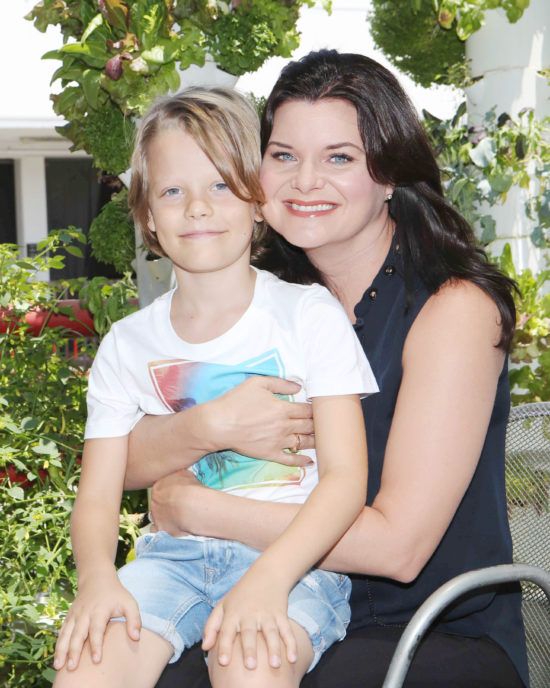 Steffy and Phoebe Forrester were always portrayed by identical twins (including Alex and Addison Hoover in 2005) and when B&B producers brought on Jacqueline MacInnes Woods to play Steffy, fans weren’t happy. MacKenzie Mauzy was already on the canvas as Phoebe and the two actresses look nothing alike. This problem was solved swiftly though when the character of Phoebe was axed, shortly after MacInnes Woods joined the soap. Fans ended up warming to MacInnes Woods quickly once Phoebe was gone and Steffy Forrester remains one of the most popular B&B characters to this day. 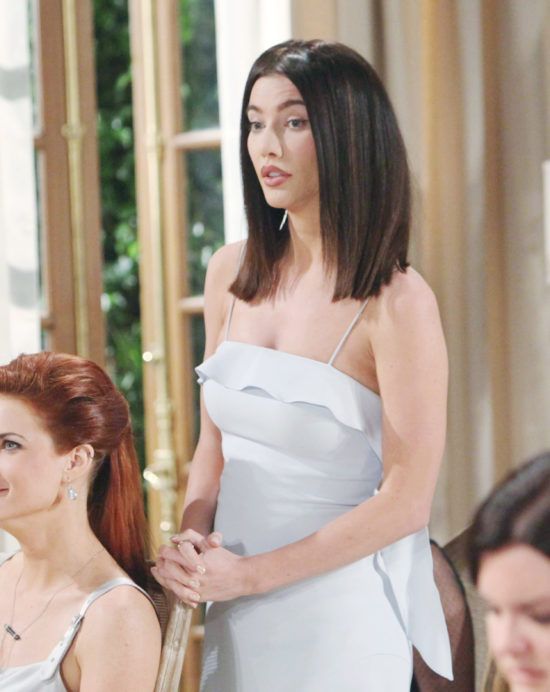 Since her birth on air in 1992, Bridget Forrester has been played by a few different actresses. As an adult, there have been three. Jennifer Finnigan played the part from 2000 to 2004 until Emily Harrison took over the role for a short 6 month stint. Then in came Ashley Jones, who took it over and still plays the role today. The character’s adult presence was created by Jennifer Finnigan and her performances were award winning. When she decided to leave the show in 2004, fans were devastated not knowing what to expect from a new actress taking over the role. When Ashley Jones took over the role, she had some huge shoes to fill, but she eventually made the role her own. Fans learned to love the new actress and she has come to love the role and sporadically makes appearances. 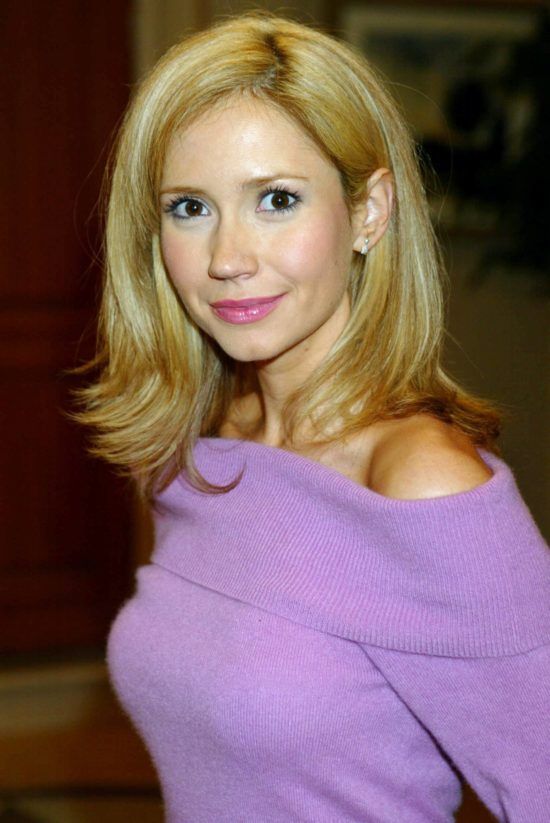 As the only child of Brooke and Ridge, Ridge R.J. Forrester Jr. was born on the show in 2004. After a custody battle, R.J. was living with Brooke until he was sent off to boarding school. He has returned to the show on occasion for visits at Christmas and such, but was recast with Mace to slightly age him. He is expected to make more appearances at family gatherings and fans are hopeful that eventually he will be recast as a teenager or adult and become part of the regular cast since he plays an important role to the main characters. Child characters are often a little more challenging since they have such a drastic period of growth and change. 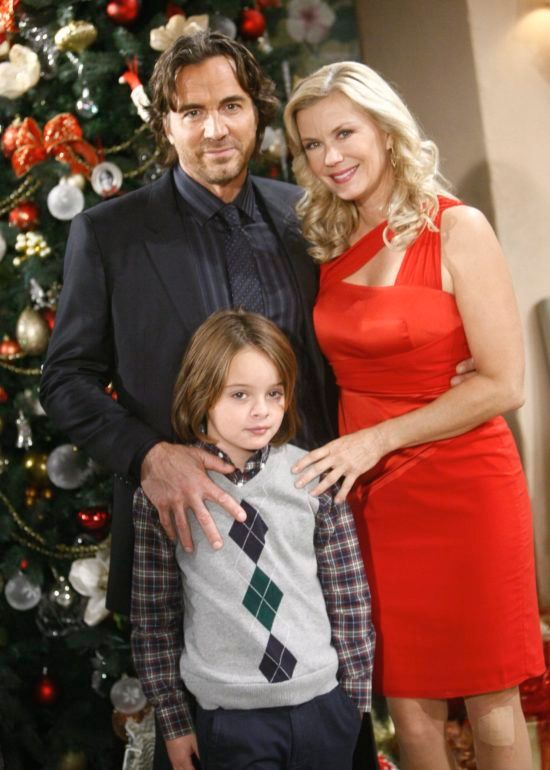 First portrayed by Drew Tyler Bell, Thomas Forrester is the son of Ridge and Taylor. Drew brought the character to life as a young adult even winning a young daytime actor award, but eventually the producers felt he should be replaced. In stepped Adam Gregory to the role in 2010. He stayed in the role until 2015, but his recent departure was highly anticipated as his screen appearances grew fewer and farther between. In June 2015, Pierson Fode took over as Thomas in a recurring role and slowly has won over the love of viewers. Finally, Matthew Atkinson took up the role in 2019 and has managed to show Thomas’ good and evil sides. However, after so many personnel changes, it’s hard to feel connected to the character. 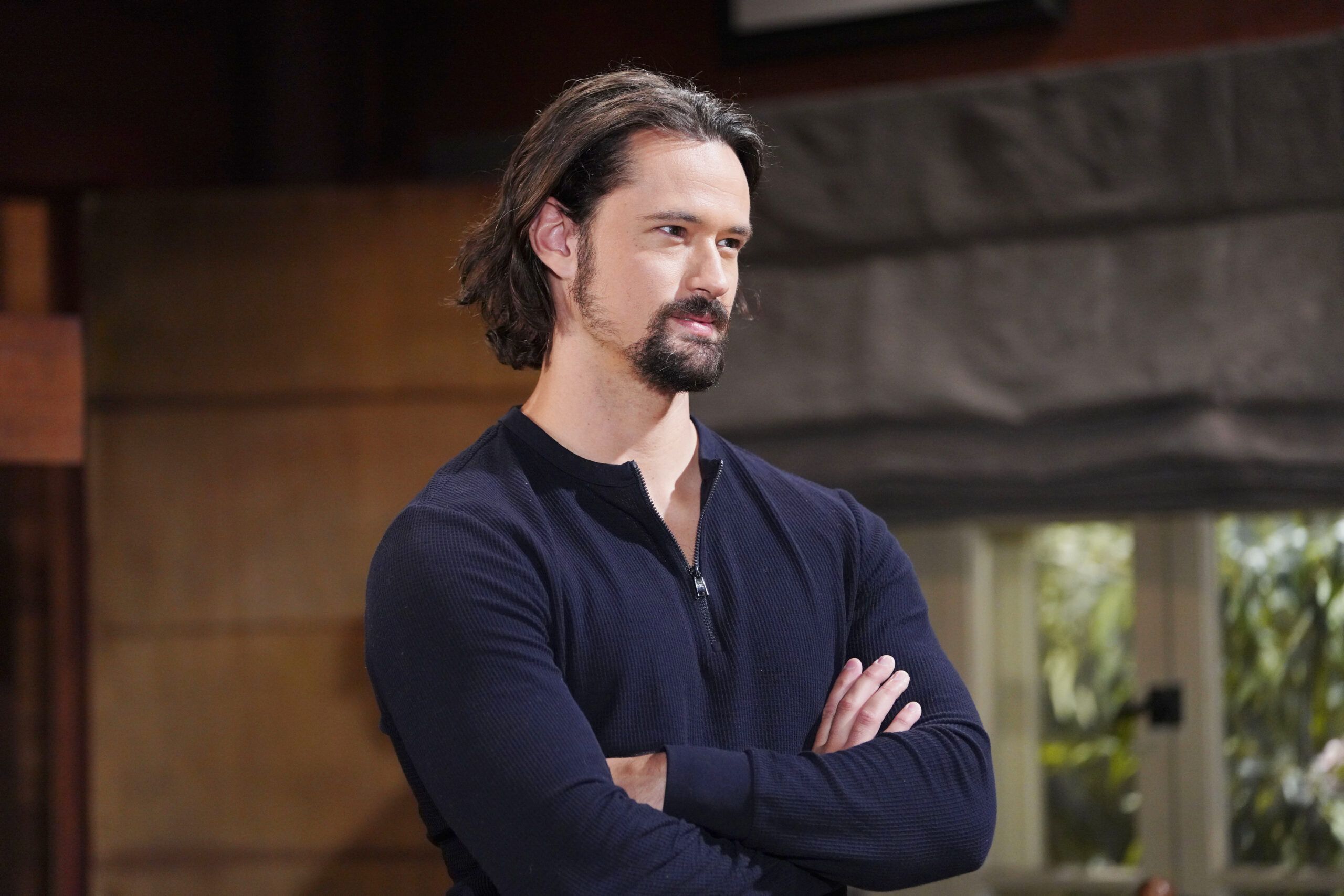 The role of Hope Logan has been portrayed by a few different actresses since her birth on the show. Child actresses Rachel and Amanda Pace are the best known for the role while she was still being portrayed as a young girl. When the show decided to dramatically age the character and have her appear as an adult, Rachel and Amanda Pace left the show and Hope was played by Kim Matula from 2010 to 2015. Through all the drama that followed, fans had a hard time seeing Kim leave the role. When the role was finally recast, with Annika Noelle playing Hope, viewers had just about given up “hope” on seeing Hope Logan again. Luckily, Noelle has been a fine addition to the case, although many fans still miss Matula. 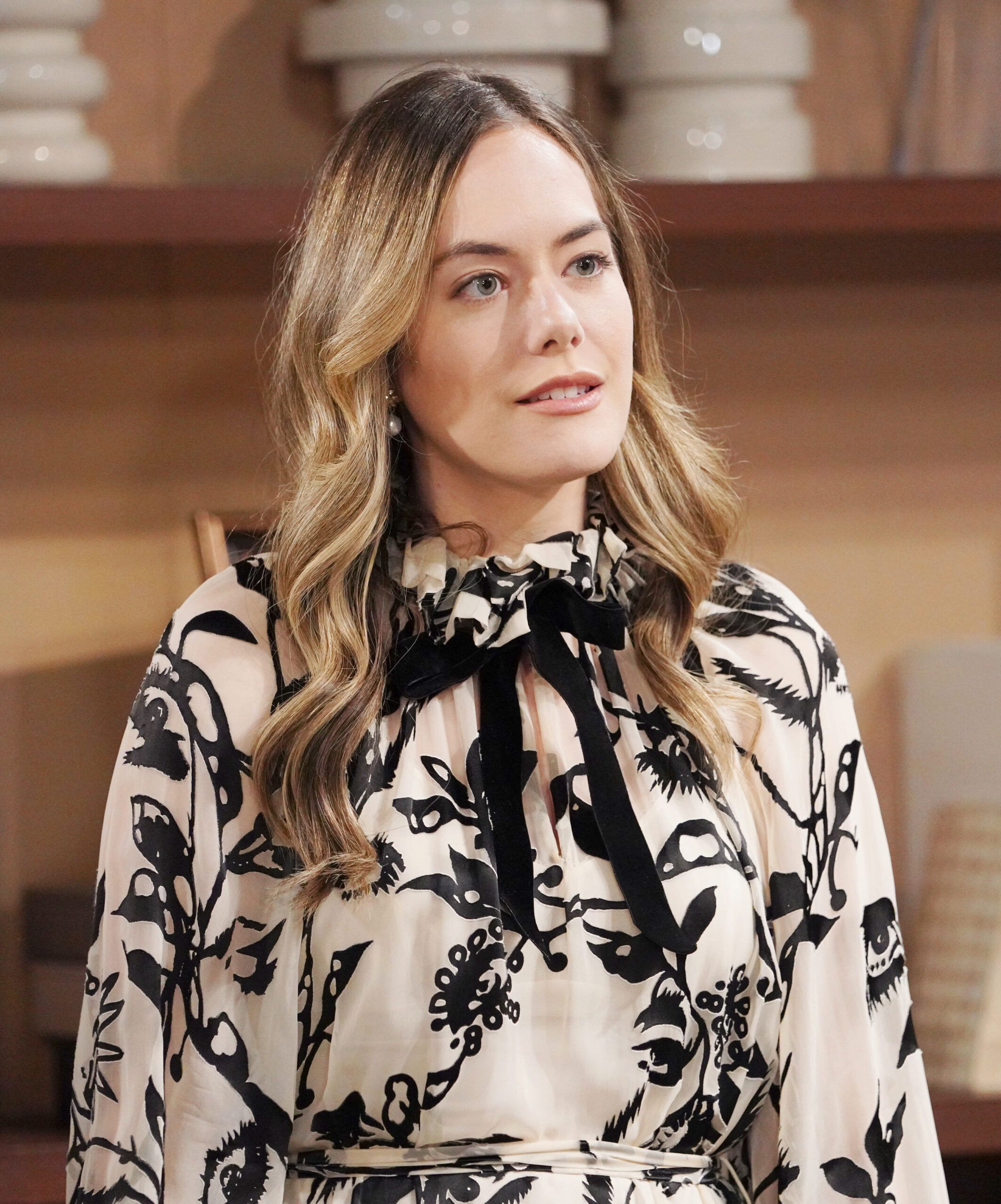 Since the series premiere in 1987, Ridge Forrester has been a B&B fixture. Ronn Moss was in the role from its inception and for the next 25 years bringing depth and personality to the very controversial man. In October 2013, Thorsten Kaye was recast in the role when Ronn decided to leave the show. With a character being played by the same actor for so long, it was a hard pill to swallow for fans of the show. Thorsten had an uphill battle ahead of him, their looks, acting styles, personality and more were polar opposites and it was a crap shoot whether or not the fans would take to the character. But it’s been two years now with Thorsten playing the role and fans seem to have adjusted and even grown to appreciate him in the role. 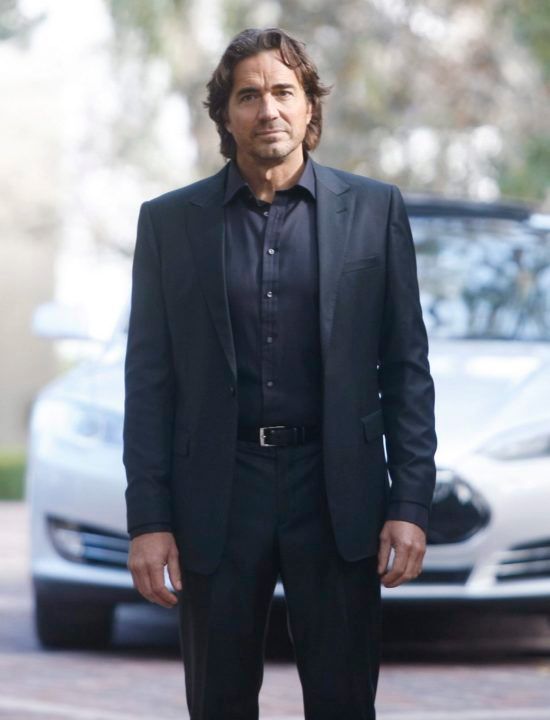