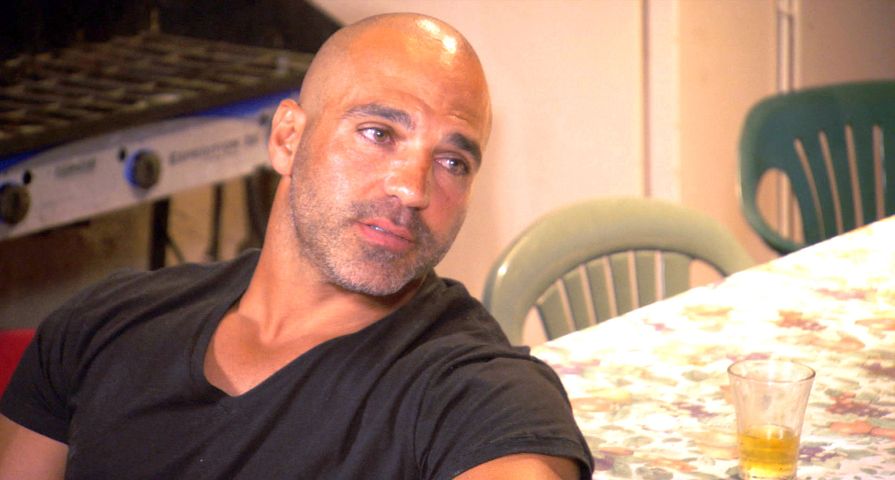 Bravo’s reality franchise known as the Real Housewives has been around for over a decade! It’s grown considerably since then from one single show to multiple and even a few spin-off series. The show is notorious for having a high turn over rate with sometimes multiple cast members coming and going each season, but there have also been a handful of women who’ve managed to hold their spots on the show year after year. Since they’ve been on the show so long, viewers are able to get to know these particular women and their families quite well, especially their husbands! In some cases the husbands are almost just as involved in the show as their wives! In honor of the hubbies who are so often overlooked, here’s a list of the 8 best Real Housewives husbands:

Ken is often looked at as another one of the ladies on The Real Housewives of Beverly Hills because he tends to gossip just as much as they do! Despite the fact that he can get a little too involved in the women’s drama and has even participated in one or two spats, there’s no denying he’s a good husband to Lisa Vanderpump. Remember when LVP was confronted about tabloid drama while on vacation with the ladies and her and Ken fled in the middle of the night? Many of the Housewives husbands tend to take a back seat when the wives are going at it, but not Ken! He’s always there to defend her even if she’s in the wrong (which is never, according to them) and he clearly has a lot of respect for her not only as a wife, but also a business partner! Not many couples couples could survive working together, being on a reality show and living in Beverly Hills! Ken and Lisa got married after only six weeks of dating, but you’d never know it because their marriage is rock solid. This British duo shares the same values, morals and good sense of humor — they are all around one of the best power couples in Real Housewives history!

The relationship between Gregg and NeNe on The Real Housewives of Atlanta is somewhat controversial, especially considering his past and the fact that they not only separated, but went as far as getting divorced! But in an odd twist of events they reconciled not long after and got remarried. Since then Gregg has been redeeming himself in their relationship. It takes a special kind of man to be married to Mrs. NeNe Leakes and he’s up for the challenge! When she told him she didn’t want to do all the domestic duties that come with being a “housewife” he strapped on some gloves and took over, no questions asked. Gregg pretty much worships the ground NeNe walks on. Just take a quick scroll through Gregg’s social media — he’s NeNe’s biggest supporter. In the past few seasons he’s been extremely laid back and nurturing towards her. He came to her defense when she got into an argument with fellow Housewive Kenya Moore and has been known to lend some sound advice when it comes to mending her friendships.

Joe Gorga is another husband from the Real Housewives who worships his wife, Melissa Gorga. Joe is constantly dishing out compliments to the New Jersey Housewife and has been her biggest supporter when it comes to tackling her dreams like becoming a singer and opening her own fashion boutique, Envy. Despite running into a few hiccups this season while adjusting to their new life with her as a working mom, at he end of the day, he’ll do whatever he can to make her happy. It’s adorable! Joe is also the brother of veteran Housewife, Teresa Giudice. Despite the fact that the RHONJ is all about “family comes first,” Joe proved that blood isn’t always thicker than water. When his sister and wife weren’t getting along, he backed Melissa all the way — even when it meant causing a rift between himself and his whole family. That’s all water under the bridge now since Melissa and Teresa are finally getting along, but he’s back at her defense this season when Jacquline Laurita turns on her while on vacation in Vermont.

This O.C. husband hasn’t been the only husband of Tamra Judge while she’s appeared on The Real Housewives of Orange County, but he’s definitely the better of the two! Tamra started dating Eddie in season 6 and just this past June they celebrated their 3 year wedding anniversary! Eddie is hands down one of the best husbands in the entire Real Housewives franchise. Firstly, he’s hot! Secondly, he’s so sweet and so supportive of Tamra it’s incredibly endearing. Fans of the RHOC will know that Tamra isn’t always the easiest to deal with because she’s got a hotheaded mentality and comes with quite a bit of baggage between her four children and vengeful ex-husband. But Eddie makes sure to let Tamra be herself and he doesn’t try to control her. He never gets involved in the drama — all he does is offer sound advice and a shoulder to lean on. She’s much more calm and level headed since dating him and she’s becoming financially independent. They both use their interest in fitness to open a gym together and this season he inspired her to enroll in a fitness competition! It’s clear Eddie makes Tamra a better person, inside and out.

Terry Dubrow is another O.C. husband who’s a fan favorite! His jokey sense of humor makes him totally adorable and the fact that he’s one of the best plastic surgeons in North America isn’t bad either! Terry Dubrow is married to RHOC Housewife, Heather Dubrow, also known as ‘Fancy Pants.’ These two are one of the most favorite couples in the Real Housewives franchise and their marriage gives us all relationship goals. There’s been a lot of chatter (mainly from Heather herself) about the fact that Terry works too much and isn’t as family oriented as he should be, but at the end of the day he provides for his family and it’s clear he cares about his children a lot. Terry’s personality is a little on the goofy side which is the perfect off-set to Heather’s more rigid attitude — they both compliment each other very well! Aside from a few miniscule arguments here and there, their relationship is extremely solid. Similar to Eddie, Terry typically stays out of the drama, mainly because he’s too busy for petty chatter, but he’s proved in the past that he’s not afraid to stand up for her if necessary!

He’s been voted the “hottest husband” time and time again, but he’s also a great husband to long-time Beverly Hills Housewife, Kyle Richards. Mauricio isn’t on the show a lot, but when he is, he’s the perfect hubby to Richards. He’s always by her side at events and makes sure to spend quality time with their family. He tries not to get involved in any of the drama, but it has snuck up on him a few times, like when tabloid rumors surfaced about his marriage to Kyle. To some people’s dismay they fought them off together and they’ve never been stronger! Marucio and Kyle definitely have one of the cutest families, especially when it comes to Mauricio’s relationship with their youngest daughter, Portia. He’s so sweet with her. He’s definitely a great role model for all of their daughters, even Kyle’s oldest daughter, Farrah, from a previous marriage. Lately Maurcio has taken her under his wing and been teaching her everything he knows about the real estate business — which is a lot! No doubt about it, he’s one of the best husbands in the Real Housewives franchise!

Chris Laurita is one of the sweetest Housewives in the franchise because he’s so devoted to his wife, Jacqueline Laurita, who is constantly at the center of controversy on The Real Housewives of New Jersey. Chris is definitely a gentle giant. He seems like he wouldn’t be upon first glance, but after all the many seasons he’s appeared on the show, he’s proven to be more of a diffuser than an instigator. He’s constantly trying to smooth things over whenever there’s a conflict, but at the same time, he would never not side with Jacqueline…even if she’s hard to defend. In the latest episode of RHONJ he drove this point home when he pulled Melissa’s husband, Joe Gorga, aside (without direction from his wife) and tried to smooth things over between them all. Chris is one of the most loyal and affectionate husbands on this list and Jacqueline is lucky to have him!

The man who lands the number one spot on this list is Real Housewives newbie, Mark Deuber! He’s the husband of Real Housewives of Dallas star, Cary Deuber who appeared as one of the main cast members on the first and only (thus far) season of RHOD. Mark takes the number one spot on this list because he has all the qualities of the other men on this list and more! He spoils his wife rotten! Mark acts as Cary’s personal shopper…with very expensive taste. Throughout their season he was buying her gifts, cooking dinner for her, doting on her every need and backing her up when she needed a little help fighting with LeeAnne Locken. Oh and whisking her off on vacations to go look for summer homes in Switzerland! Veiwers of their season saw Mark constantly dishing out compliments to his wife Cary, especially when he chose her to be the face of his practice, and these two cutely referred to each other as their best friend which is awesome! Mark Deuber goes down as the best husband in Housewife history!