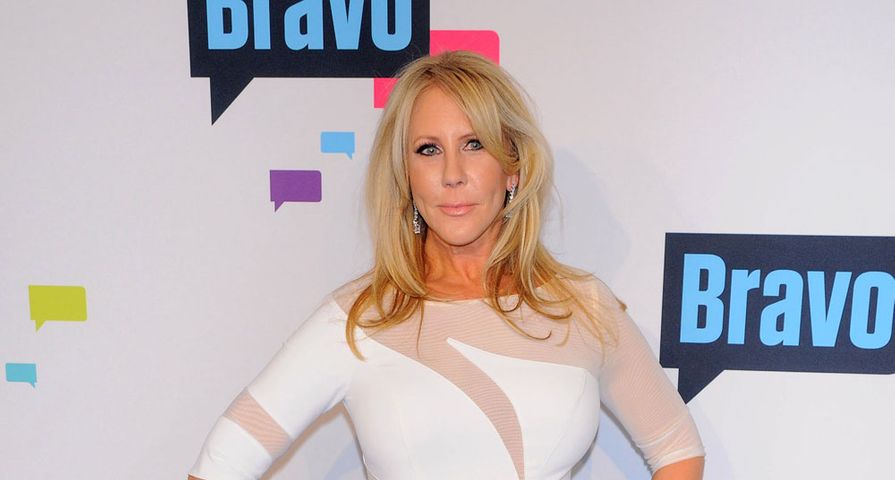 Bravo’s reality series known as the Real Housewives has gained a lot of popularity since the first show aired back in 2006. The series has become so popular it’s turned into a full blown franchise with multiple different shows across the United States and even a few internationally! It seems the bigger the show gets, the more frequently viewers see cast members come and go. There are many reasons these ladies get fired or, in some rare cases, leave on their own terms. Mainly, it comes down to whether they have interesting storylines, can provide entertaining drama, and socialize with their cast members. Despite the revolving door of women on all the shows, there’s a handful of Housewives who’ve stuck it out season after season and in many cases secured a permanent position on the show. Take a look at the 11 longest running cast members on the Real Housewives!

NeNe Leakes is one of the more popular Housewives in the Real Housewives franchise. She has taken her Real Housewives fame and made herself into a celebrity! She joined the RHOA in 2008 for their first season and, despite continuously threatening to leave the show, she ended up lasting as a main cast member until season 7. She returned as a guest in season 8. During her time as a Housewife she got her own spin-off called I Dream of NeNe: The Wedding which followed her journey to the alter with Gregg Leakes for the second time. It was a special edition show that only lasted for seven episodes. Season 9 is officially on air and will be the first season of RHOA without veteran Housewife, NeNe Leakes! We must admit she had a good run with the series.

This New York City Housewife has been around since the show started in 2008. At the time she was known as ‘the Countess’ because she was married to Alexandre de Lesseps, but her life has changed a lot since then! Viewers got to know her quite well for five years as a main cast member from season 1 to 5, but in season 6 she was demoted into the role of an on-screen as a ‘friend.’ She just recently returned as a main cast member for 7 and 8. Filming for season 9 began in October 2016 and, according to online reports, Luann de Lesseps is once again part of the cast!

Cynthia Bailey didn’t join The Real Housewives of Atlanta until season 3, but she’s stuck around ever since which gives her a total of seven seasons under her belt! Season 9 is currently on air so it’s too soon to tell if she’ll be returning for season 10, but if her track record is any indication, she most likely is! Once a Housewife has slated herself into a position as a main cast member on the show, it’s hard to get booted because fans are now invested in her story. Despite the fact that she isn’t necessarily an original Housewife for the series, we’re sure glad she joined and stuck around!

She’s the reigning queen of Beverly Hills and many of her cast members know not to mess with her! Lisa Vanderpump has basically solidified her position with Bravo considering she’s already been running her own spin-off series called Vanderpump Rules for five seasons in addition to starring on The Real Housewives of Beverly Hills. She joined the RHOBH in season 1 when the show started back in 2010 and has been a main cast member for the past 7 seasons. The seventh season just wrapped up filming and will go to air on December 6, 2016.

Teresa Giudice is the only cast member from The Real Housewives of New Jersey to last on the show for seven consecutive seasons. The show definitely revolves around her. This was evident when she went to prison for 11-months in 2015 and the show took a brief hiatus to wait for her return! We guess without Teresa Giudice there’s no RHONJ! She joined for the first season back in 2008 and has been with the show ever since which brings her total to seven seasons. She was the star of one Bravo spin-off titled Teresa Checks In which was a three-episode special that filmed and aired while she was in prison. Since season 7 just wrapped up a few days ago, it’s unclear if she’ll be back for an eighth season, but considering her financial situation, we’re suspecting she will be!

Parks was involved in the entertainment business before she started on the show as an attorney who’s represented stars like Bobby Brown and Jermaine Dupri, but she’s risen to fame after joining The Real Housewives of Atlanta in season 3 and sticking with the show all the way until the most recent season 9, which is on air now. The Secrets of the Southern Belle author has been a Housewife for seven seasons now and it doesn’t seem like she’s going anywhere anytime soon! A major part of her storyline revolved around her recent divorce from former husband, Apollo Nida, who reportedly is already engaged to someone else while in prison serving his eight year sentence! This will all unfold on camera this season — can’t wait!

This child star is the only other cast member from The Real Housewives of Beverly Hills who has stuck it out on the show for seven seasons. All of the other women who’ve been cast have dropped out after a handful of seasons, or in some cases only one! Similar to her fellow Housewife, Lisa Vanderpump, Kyle Richards joined the show back in 2010 for season one and has been a main cast member ever since. The ladies just wrapped up the seventh season bringing Richards to a total of seven seasons with the Real Housewives. It’s no secret she’s one of the leading ladies on the show, especially because she knows how to bring the drama! We’re looking forward to seeing what happens in the newest season of RHOBH!

Real Housewives Couples Who Divorced After Appearing On The Show

Fans of The Real Housewives of New York City know that the show just wouldn’t be the same without the Singer stinger! Ramona is a veteran Housewife who’s been around since the RHONY first aired back in 2008. She’s got a total of eight seasons under her belt and she’s definitely one of the leading ladies on the show. She used to be one of the most hot-headed and emotional Housewives which is how she landed her coveted main spot season after season, but lately she’d been reeling it in now that she knows the show can’t go on without her. This fan favorite Housewife is often controversial, but hey, that’s what we love about her! Filming for season 9 of the RHONY is currently underway and it’s already been confirmed that Singer will be returning once again as one of the main cast members on the show.

Kandi Burruss is the longest running Housewife from The Real Housewives of Atlanta! She’s been on the show for a total of eight seasons since she joined as a main cast member back in season 2. This Housewife is a jack of all trades as she’s credited as a singer-songwriter, TV personality, actress, record producer and a business woman! The former member of the girls group, Xscape, knows how to bring the drama which is why she’s basically solidifed a spot on the show and since NeNe’s departure and has become the new veteran Housewife who’s been serving on the show the longest.

Tamra Judge, formerly known on the show as Tamra Barney, is the second longest running Housewife on The Real Housewives of Orange County and in the entire Real Housewives franchise. She joined the series back in season 3 and has maintained her position as a main cast member ever since. Season 11 just wrapped up filming so it’s unclear if Tamra will be back for season 12, but the answer is most likely ‘yes.’ In the first few seasons she made a name for herself as one of the most hot headed, opinionated and no-nonsense Housewives who wouldn’t ever back down from a fight, but lately she’s turned over a new leaf as a somewhat calm and collected Christain and fitness guru. This past seasons was pretty heated for Tamra with the newest O.C. Housewife, Kelly Dodd, so we’re already excited to see what the next season holds for Mrs. Judge!

She’s the OG of the O.C. and nothing will stop her from being one of the leading ladies in the Real Housewives franchise. Vicki Gunvalson holds the title as not only the longest standing Housewife on RHOC, but also the longest running Housewife in the entire franchise! She’s been on the show for a whopping 11 seasons and we’ve seen her go through divorce, boyfriends, cancer scams, cancer scares, heartbreak, severed friendships and new friendships. When the first season aired back in 2006 she was working on her own with only one other employee, former Housewife Lauri Waring. Today, her Coto insurance company has grown enormously and, thanks to the success of the show, she’s become a celebrity in her own right! The often controversial Housewife isn’t always agreeable or liked by the majority of viewers, but one things for sure, she’s here to stay and the show wouldn’t be the same without her!