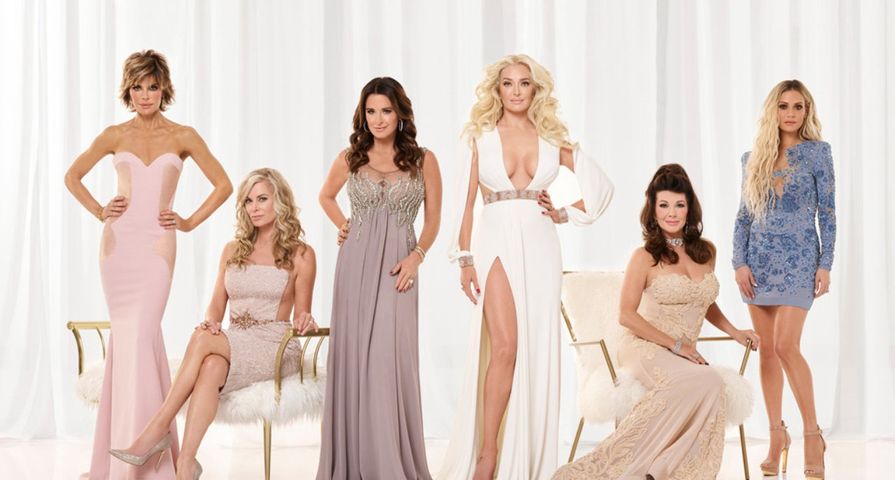 Bravo’s reality franchise known as the Real Housewives has become a pop culture phenomenon. The series started over a decade ago back in 2006 with the first version, The Real Housewives of Orange County. Ever since then the series has continuously grown into a franchise with several different shows based in various cities across the U.S., like Dallas, New York City, Atlanta, Beverly Hills, New Jersey, Potomac and Miami, into Canada and even overseas in Australia and Bangkok. As a tribute to its immense success, here’s a look at 11 of the most popular Real Housewives shows ever (both on and off the air) ranked from worst to best!

11. The Real Housewives of Vancouver

The Real Housewives of Vancouver was the first Canadian installment of the Real Housewives franchise. Unfortunately, it didn’t take off like the producers expected. The show only lasted for two seasons, mainly because the women cast on the show weren’t particularly liked by their audience. In fact, their chemistry together was downright awful! The bickering was non-stop and is most likely what ruined the show. Although the first season was actually fairly successful, as the show moved into the second season, the ratings dropped dramatically. It has never been officially cancelled by the network, but is still on hiatus. We’re not surprised that none of these ladies are still friends. In fact some of the cast members are still tangled up in lawsuits for defamation and libel.

10. The Real Housewives of Washington, D.C.

The Real Housewives of Washington, D.C. was over before it really got started! It’s now recognized as the most controversial show in the franchise after cast member, Michaele Salahi, became notorious for crashing a White House state dinner in 2009 with no invitation — and Bravo caught some flack because the whole charade was featured on the show! Her ability to sneak into the White House without an official invitation ruffled a lot of feathers. It also didn’t help that the first and only season was considered pretty boring. In fact, the majority of drama happened after the series was cancelled! It was also the first time in the franchises history that a show had been cancelled. The show was brought back in 2015, but in the area of Potomac with all new cast members.

9. The Real Housewives of Dallas

When Bravo rounded up a few Texan women for The Real Housewives of Dallas, viewers had some pretty big expectations! The Southern belles cast in the first season weren’t all that interesting. Not all of the ladies were married or rich, which isn’t necessarily required to be on the show, but their lives just weren’t all that interesting. There was definitely enough fighting between cast members to create a little bit of entertainment. Fans loved the fiery red head Brandi Redmond’s friendship with best friend, Stephanie Hollman, whereas cast members like LeeAnne Locken were a little too much to handle. It was pretty obvious from the get-go that aside from Stephanie and Brandi and LeeAnne and Tiffany, these women weren’t really friends outside the show. In order for this show to be successful, they’ve got to introduce more interesting storylines!

8. The Real Housewives of Miami

The Real Housewives of Miami was another short-lived series in the Real Housewives franchise. The series fell flat after their storyline hit a dead end during season 3 and Bravo has since announced the series end. The first season, which premiered in February 2011, was actually filmed as the Miami Social, but upon completion Bravo chose to air it as another installment of the Real Housewives franchise. The show never really gained much attention from viewers, especially since Larsa Pippen and Cristy Rice came off as extremely boring in the first season. Even though only two women appeared as a main cast member in all three seasons, they did manage to keep many of the same women around for all three seasons. The RHOM had so much potential — we’re not quite sure what went wrong here!

7. The Real Housewives of Potomac

The Real Housewives of Potomac was developed as a way to revamp the former Real Housewives of Washington, D.C. The premiere of RHOP back in January 2016 was the highest rated premiere of the franchise! It’s also become the most-watched first season of a series since the RHOBH, so it’s safe to say the first season was a huge success. The constant sassy one liners kept us all amused even when the storyline sometimes fell flat. The only cast member who has announced she won’t be returning is Katie Rost (although no one is too upset about that). The show has been renewed for a second season, but it’s unclear whether they have started filming or if they have a premiere date. Until then we’ll wait in anticipation!

6. The Real Housewives of New Jersey

Even though the Real Housewives is supposed to air a little drama, there’s supposed to be more to it than that. The Real Housewives of New Jersey was introduced in 2009, right after the franchise experienced major success with RHOA and RHONY and it was one of the shows responsible for giving the Real Housewives franchise a bad rep for fighting. The RHONJ remains one of the more popular shows in the franchise, especially with the intriguing storyline involving Teresa Giudice’s legal issues, it focuses too much on the same old petty drama. Viewers are sick and tired of the Giudice’s family drama and the Jacqueline versus Teresa saga. Even when they bring in awesome new people like Siggy and Dolores — it still comes back to the same old story! We’re hoping to see a major shake-up in the next season of RHNOJ.

5. The Real Housewives of Melbourne

The Real Housewives of Melbourne was developed as an international installment of the Bravo franchise. It premiered in 2014 and has experienced incredible success. It’s now been on air for four seasons and even spawned two more spin-offs based in Auckland and Sydney. The women cast on the show were extremely well received by audiences with the perfect mix of drama and glamour.

4. The Real Housewives of Atlanta

Things were hardly ever peachy in Atlanta on The Real Housewives of Atlanta which is exactly why this show has been so successful. The RHOA first aired back in 2008 as the third installment of the franchise and featured a cast of women who were extremely loud, obnoxious and a little over the top. The show was an instant hit because many of the women were in relationships with professional athletes, so it gave viewers an inside peak into this lifestyle. There was also a few shady back stories that added a little extra spunk to the show. Many of the women who’ve appeared on The Real Housewives of Atlanta have become famous reality stars like NeNe Leakes and Kim Zolciak-Biermann which just goes to show that the women of this show are some of the best! As of 2014, the RHOA is the highest-rated installment of the franchise and the most-watched series on Bravo!

3. The Real Housewives of Beverly Hills

The Real Housewives of Beverly Hills definitely has the most glitz and glamour out of all the Real Housewives shows. One of the best things about watching RHOBH is catching all the celebrity cameos! The women cast on this show run with a famous crowd either through working connections or simply social status. For example this season Boy George has appeared in several episodes as a family friend of PK and Dorit, while Eileen Davidson is still a working actress on the long-time soap opera, The Young and the Restless. The rest are just extremely rich business owners like Kyle Richards and Lisa Vanderpump. The lives of these women are never boring as they attend some of the most lavish parties and embark on the most glamour trips around the world. The RHOBH is definitely a must-watch for any Real Housewives’ fan.

The one thing The Real Housewives of New York City has over the other Real Housewives shows is a relatively consistent cast. Not only does this make viewers more invested in the show, but it also means the women who appear on the show are actually friends outside of filming which also makes a huge difference in the dynamic of the show. The ladies on the RHONY have a long history as either friends or frenemies, so it’s not hard to get these women to film together and conjure up an interesting storyline. To make things even more interesting, cast members like Bethenny Frankel have become immensely successful while on the show and has even become a major celebrity. As the second installment of the Real Housewives franchise, it’s also the second best!

1. The Real Housewives of Orange County

It’s not surprising that the original show that started it all lands in the number one spot on this list. The Real Housewives of Orange County was first introduced back in 2006 as an almost completely different show that focused on both working and stay-at-home moms in their everyday family life. Back then, the women rarely interacted with one another and viewers got to see more interaction with their family. Today, the show has evolved, but is still just as great. Unlike some of the newer installments, the women on RHOC often stick around for several seasons, or in Vicki Gunvalson and Tamra Judges’ case, for over 10 seasons! This allows the audience to become invested in the cast members and interested in their storylines. There have been some pretty crazy storylines on this show that have kept us completely hooked. This is without a doubt the best Real Housewives show in the franchise!