If you’ve been curious about Disney+ but aren’t sure if it’s worth the hype, now might be the time to take the plunge, especially if you’re self-isolating. Disney+ offers a combination of nostalgic classics alongside new, innovative movies which definitely gives you a wide variety of options to choose from. Follow along as we round up some of the must-watch movies currently on Disney+!

Coco is a newer Disney film that was released in 2017 and received exceptional reviews. The film is enriched with culture as the main character, 12-year old Coco, stumbles into the Land of the Dead, where he learns about his great-great-grandfather who was a legendary singer. It’s about music, heritage, and love which makes it a must-see with the family. 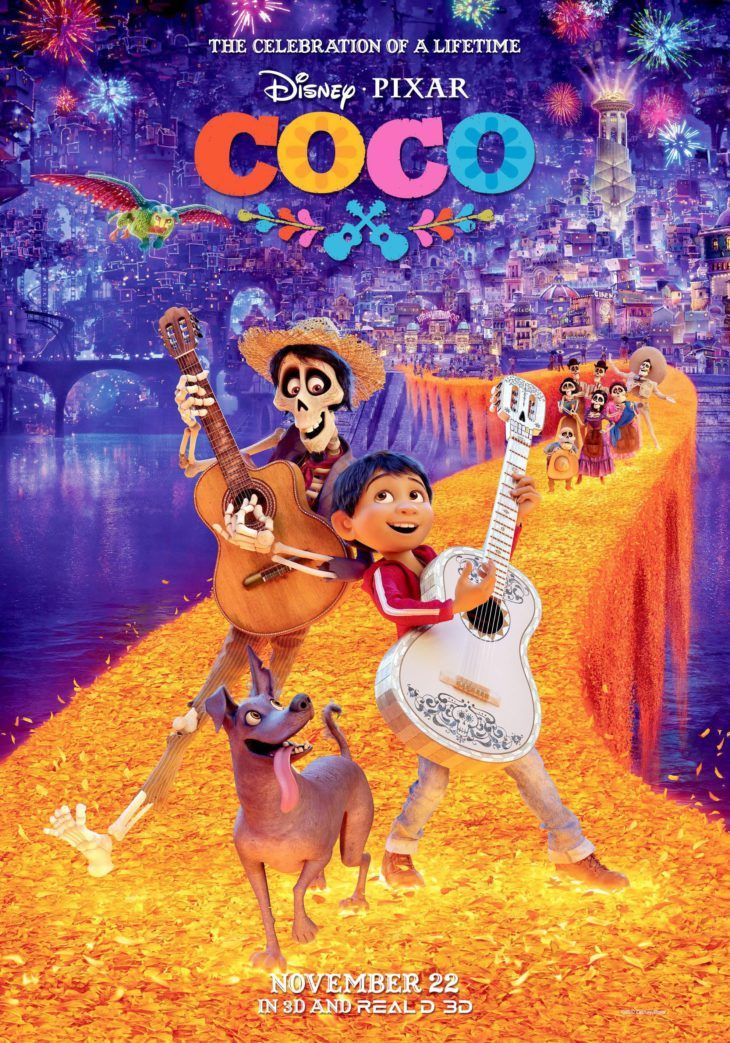 Starring Julia Stiles and Heath Ledger, 10 Things I Hate About You is a standout teen flick from the ’90s with a clever plot and memorable characters. It’s adapted from William Shakespeare’s play The Taming of the Shrew and tells the story of two sisters navigating the teenage dating scene: angsty Kat Stratford and popular Bianca. 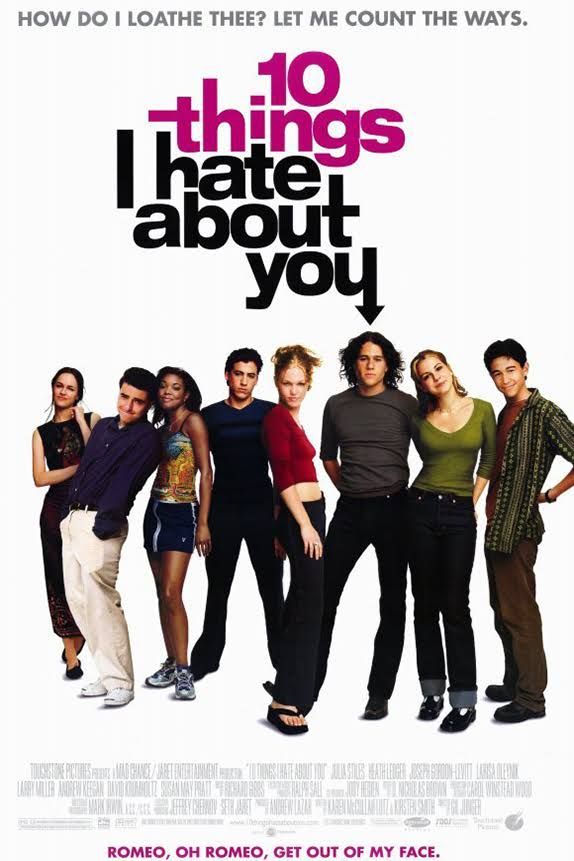 If you or your family members were a fan of Disney’s Frozen, you’ll be happy to know that Disney+ has officially released its sequel on the streaming platform. Elsa and Anna return to the big screen for an adventure of enchanted forests and dark seas once Elsa starts hearing mysterious voices calling out to her. 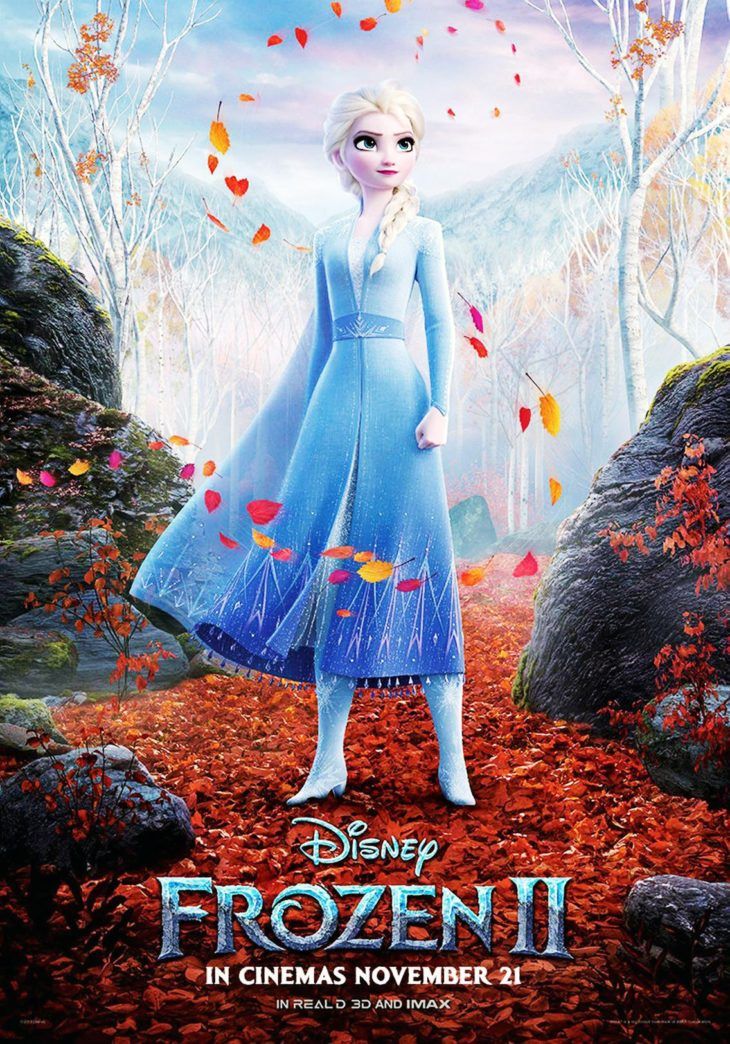 Toy Story and its sequels are Disney classics and definitely a heart-warming film series worth re-watching. The first film tells the story of cowboy toy Woody and his enemy Buzz Lightyear, who was given to owner Andy for his birthday. The evolution of Woody and Buzz Lightyear’s relationship and their common love for Andy makes this a memorable, touching story. 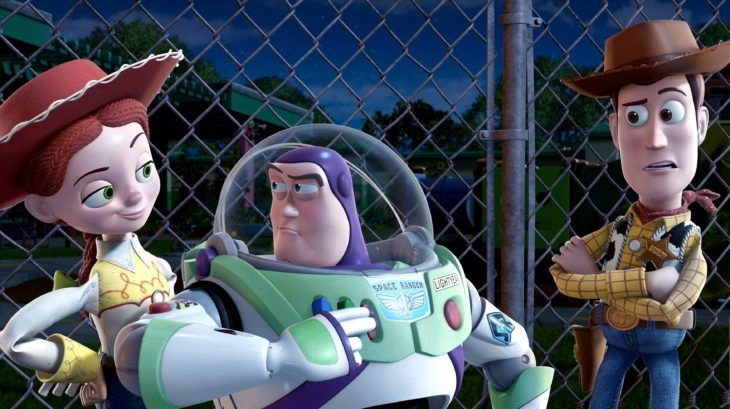 The story of Mary Poppins was brought to the television screen in 1964 with Julie Andrews playing the main role. Mary Poppins tells the story of an English nanny who cares for the Banks children and teaches them valuable lessons with a hint of magic. With iconic songs like Spoonful of Sugar and super‐cali‐fragil‐istic‐expi‐ali‐docious, Mary Poppins is a classic film that’s endured the test of time. 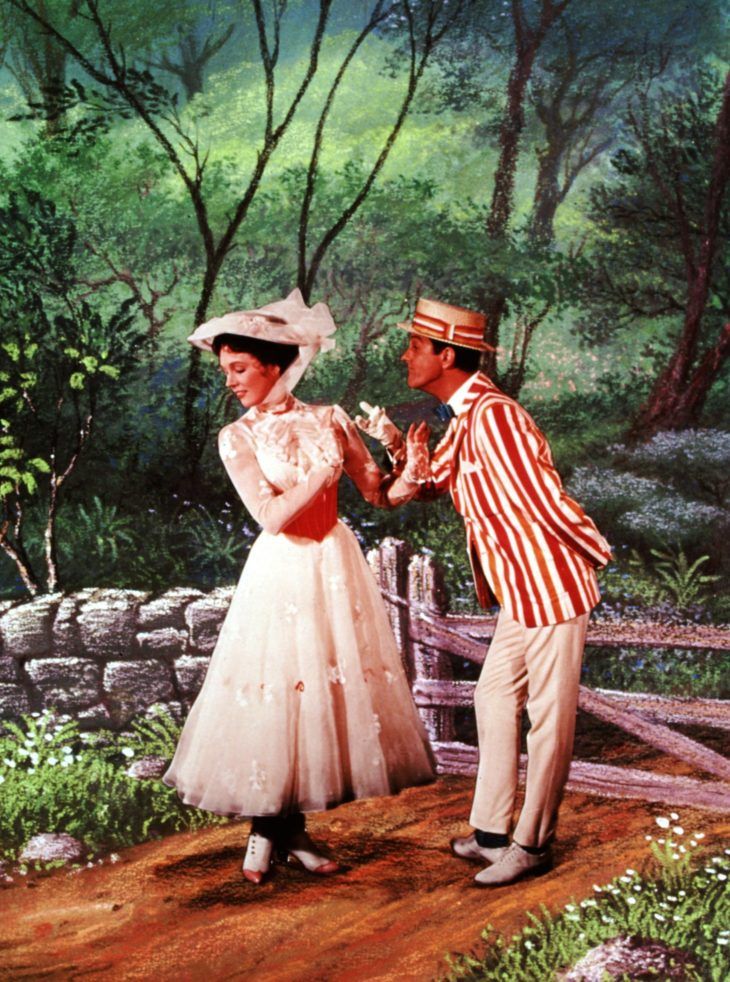 Finding Nemo tells the poignant story of familial love as father Marlin goes on an epic underwater mission to find his lost son, Nemo. With the help of forgetful Dory, the mission is every part hilarious and emotional all at the same time. 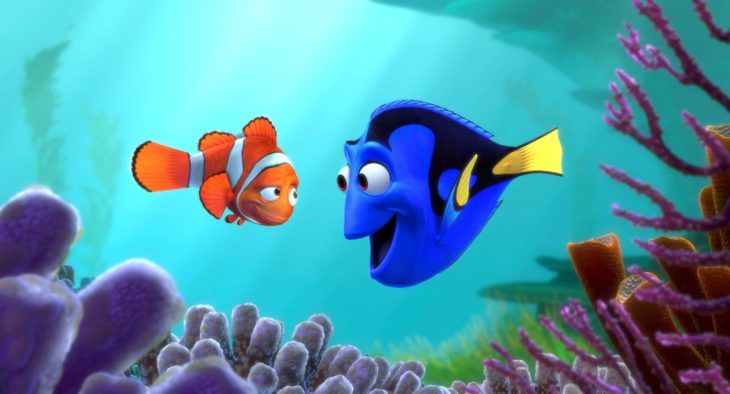 Inside Out is an innovative Disney movie that gives children a clever visual of emotional intelligence in the most Disney way possible. The story features eleven-year-old Riley who has moved to San Francisco and is forced to leave behind her life in Minnesota. This move comes with a whirlwind of emotions, which we witness battling in her head, from Fear, Anger, Joy, Disgust, and Sadness. 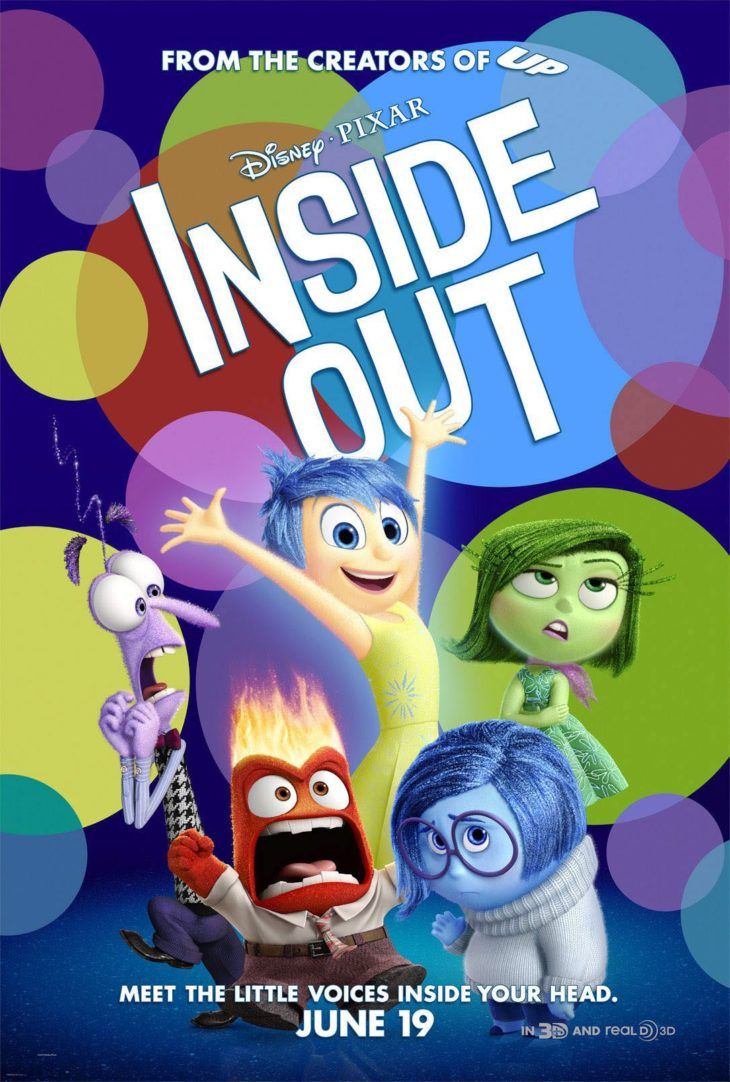 An iconic Disney film that is undoubtedly worthy of a re-watch is The Little Mermaid! A story of love, magic, mythical creatures and a desire for a life on earth, you’ll fall in love with Ariel and Eric all over again. 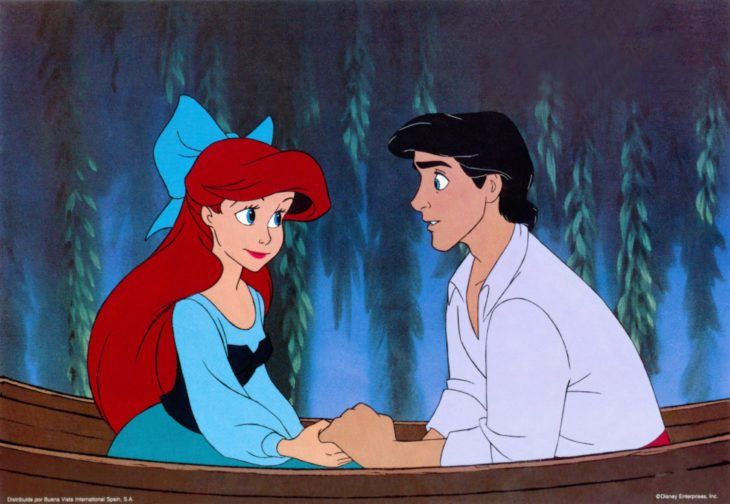 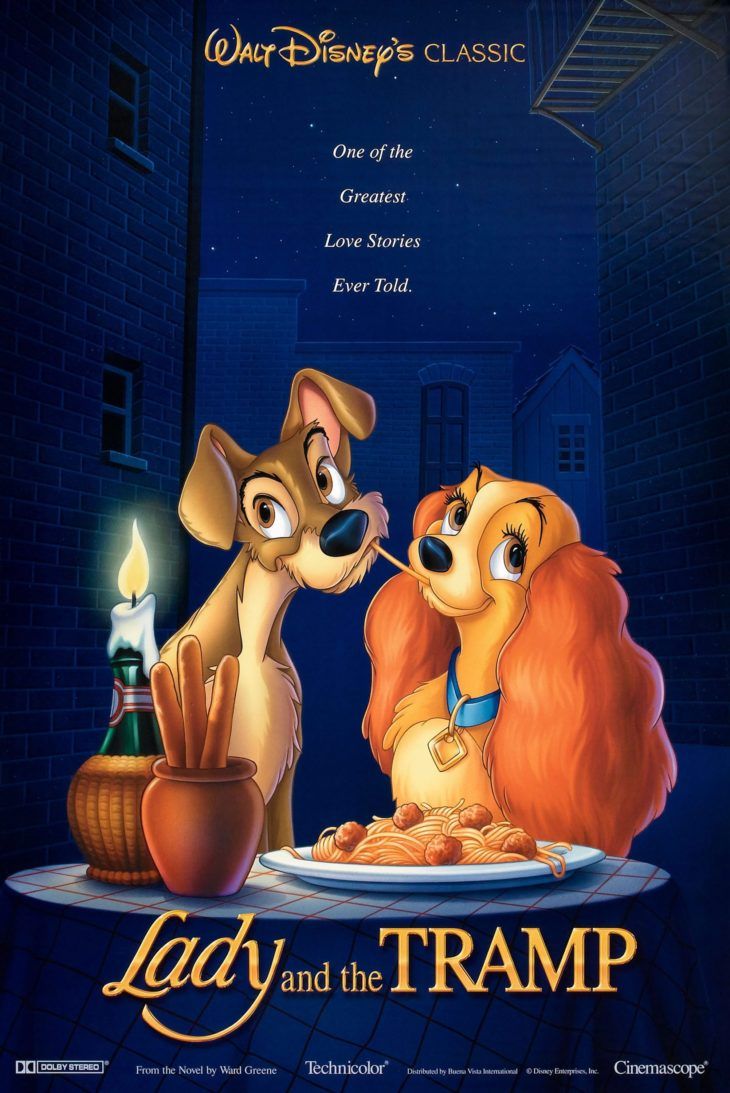 11. Snow White And The Seven Dwarfs

Snow White and the Seven Dwarfs was the first feature-length film released by Disney back in 1937. The film set the standard for the series of Disney movies that were to come with memorable songs, lovable characters, and vibrant animation. The film was revolutionary for its time, which definitely makes it worthy of a re-watch all these years later. 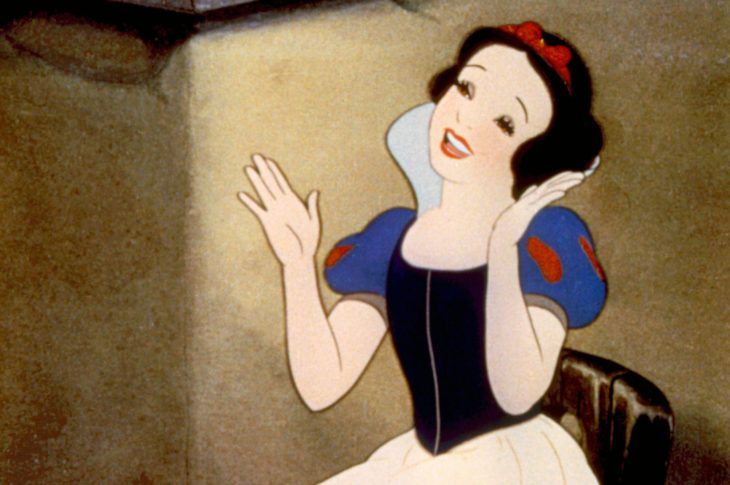 Moana is Disney’s refreshed version of a princess tale that features a strong, three-dimensional female lead. It tells the story of Moana who sets out on an adventure to save her people after the plants and the fish on her island start dying. She’s brave, daring and a true role model for young viewers. 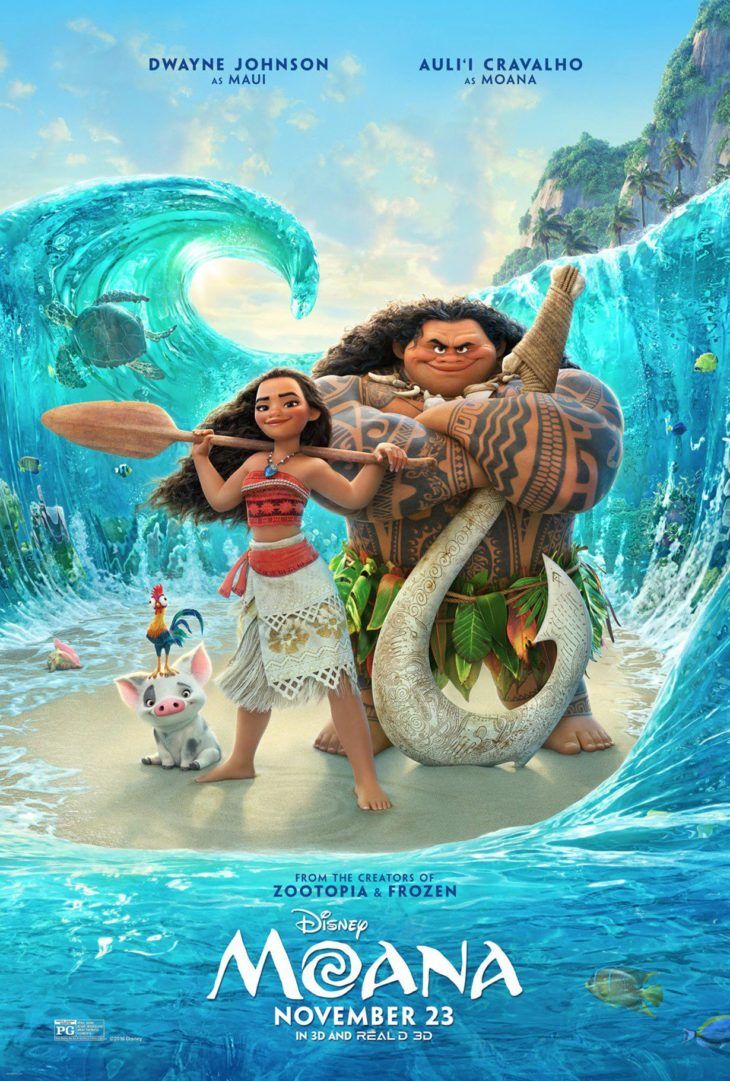 The Parent Trap is a Disney classic featuring Lindsay Lohan who plays two identical twins who are separated at birth and accidentally meet at summer camp. The duo grow to become friends and decide to switch places upon returning home to get to know their other parent while also attempting to get them back together. 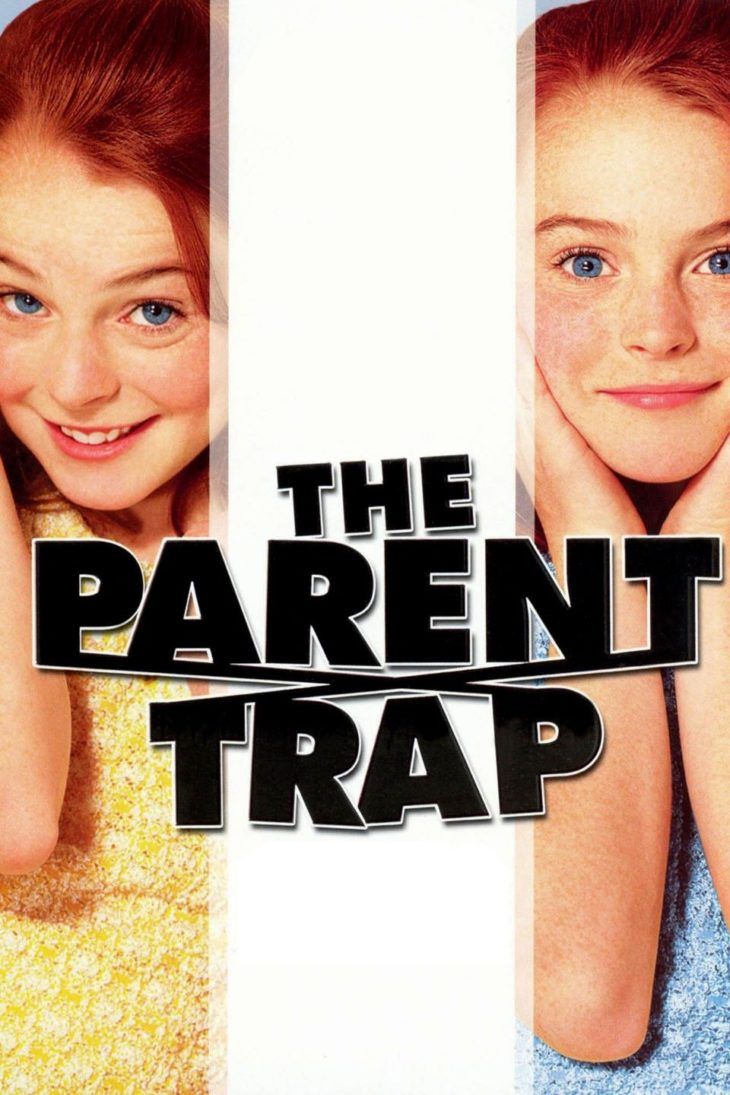 Tangled is Disney’s modernized version of the classic tale of Rapunzel. In their updated version, the kingdom’s bandit Flynn Rider is taken hostage by Rapunzel in the tower she’s been trapped in for years. The duo strike a deal to set off on an action-packed journey together which makes for some hilarious and entertaining moments. 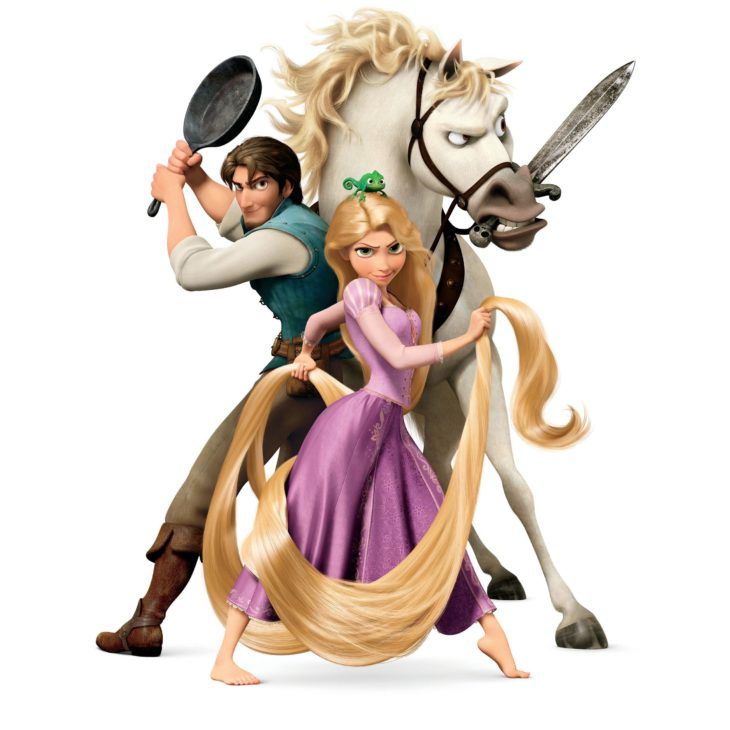 Disney’s 2003 remake of Freaky Friday tells the story of Dr. Tess Coleman (Jamie Lee Curtis) and fifteen-year-old Anna (Lindsay Lohan) who have a tumultuous mother-daughter relationship. Their world is flipped upside down, however, when they eat two identical fortune cookies at a Chinese restaurant which causes them to switch bodies. Full of hilarious and heart-warming moments, this film is definitely worth a watch. 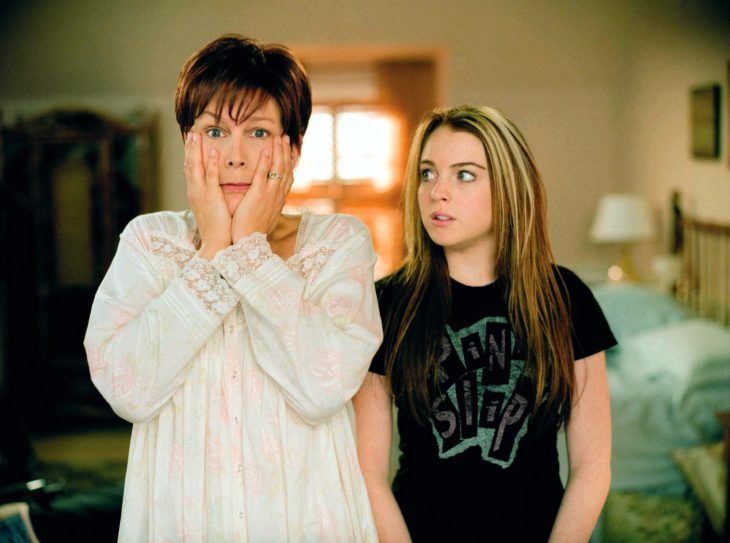 The Jungle Book is a Disney classic and Disney+ is offering both the original 1967 version and the 2016 version on its streaming platform. Filled with catchy songs and an epic adventure of self-discovery, The Jungle Book will be a hit for the whole family to enjoy. 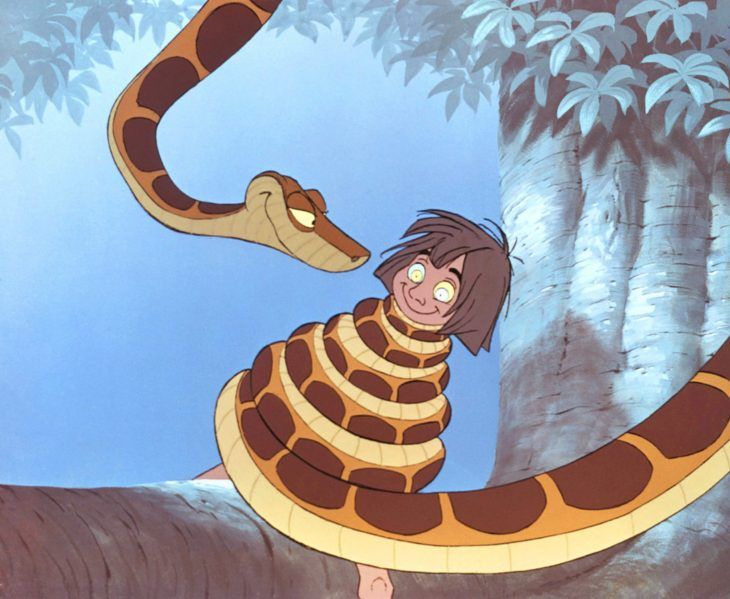 Lilo and Stitch are some of Disney’s most loveable characters and created a cult following back in the early 2000s. The story surrounds the misadventures of Lilo as she adopts an extraterrestrial, Stich. If you’re looking for an escape, where better than the shores of Hawaii with the iconic duo Lilo & Stitch? 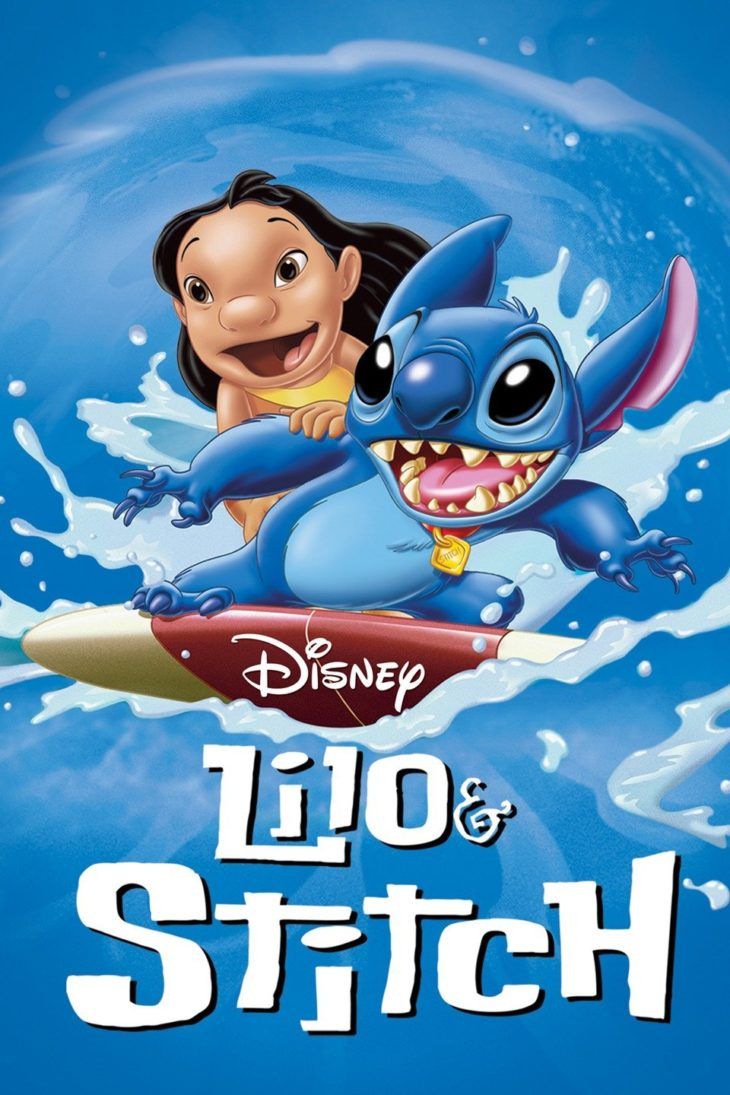 4. The Sound Of Music

If you’re looking to consume some of the classics, there’s few better than The Sound of Music which is offered on Disney+. The film takes place in the beautiful Austrian alps where nanny Maria takes care of seven children under the care of widower Captain Von Trapp. The film is filled with lighthearted tunes you’ll instantly recognize and an epic love story for the ages. 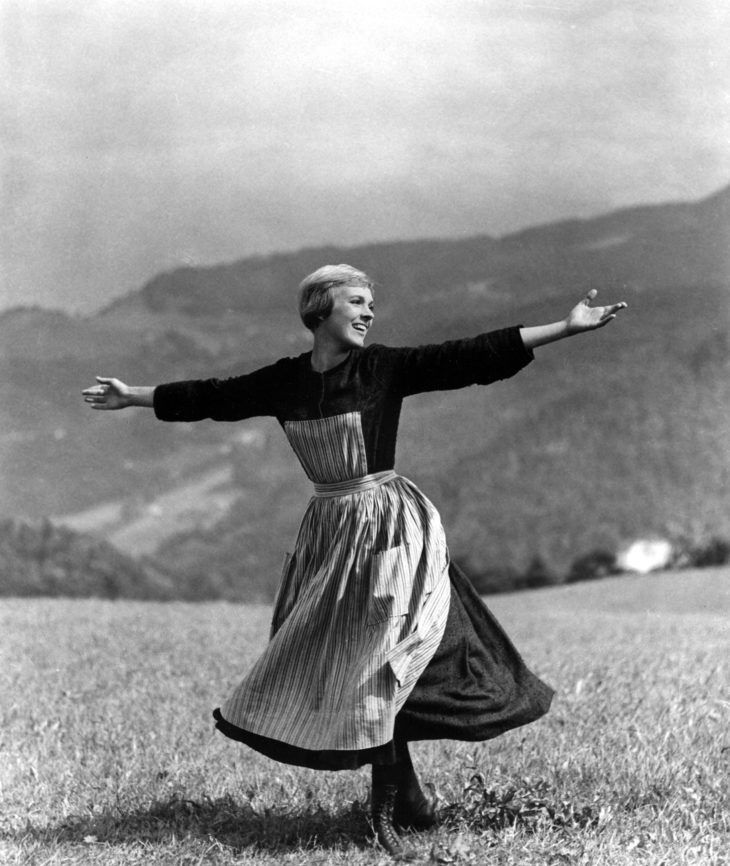 Avatar was a box-office hit and tells the story of an ex-Marine who finds himself thrust into the world of an alien planet filled with exotic life forms. He finds himself torn between two worlds with the mind of his human form but the body of the alien species. The 2009 film was revolutionary and definitely worth the 2-hour 42-minute runtime. 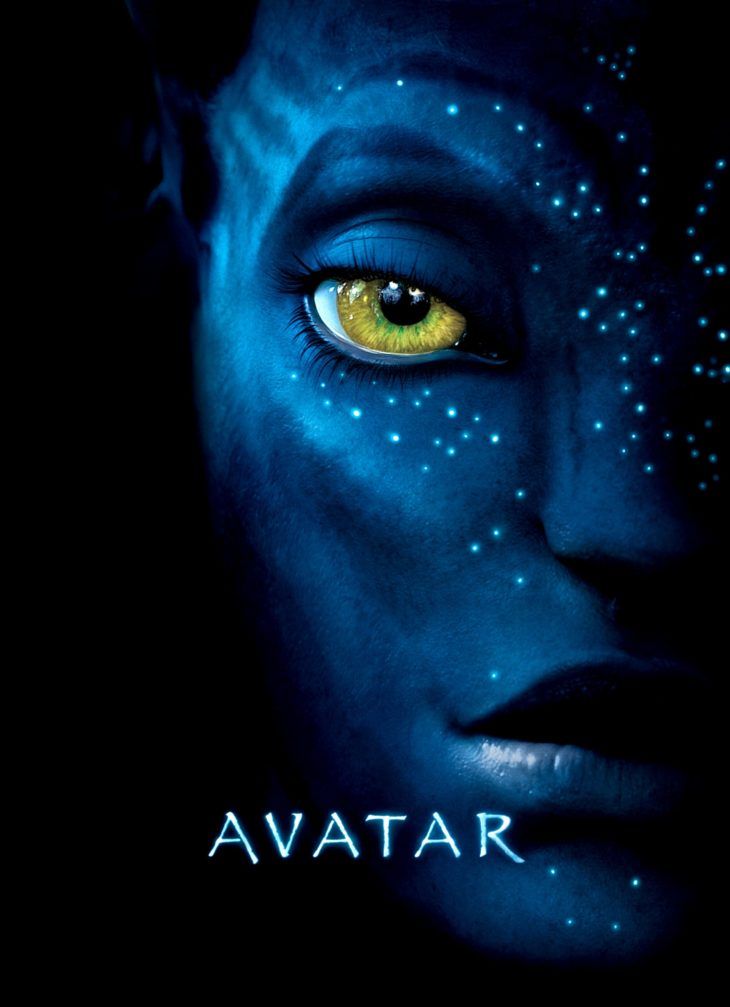 Monsters Inc. tells the story of top scarers Sulley and Mike who work at Monsters Inc. but their world is entirely flipped upside down when an adorable human girl, Boo, enters their life. With its clever script and loveable characters, Monsters Inc. is a definite Disney+ must see! 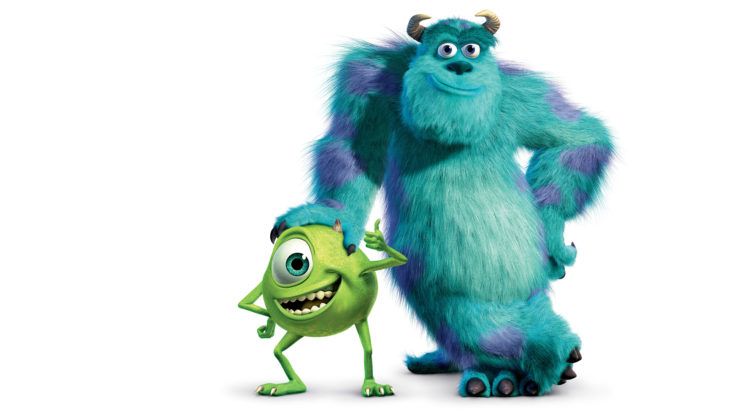 The Lion King is a Disney favorite for many with its emotional storyline and catchy soundtrack. The story follows young Simba who loses his father and his coming-of-age story. Whether you’re wanting to watch the 1994 original or the 2019 updated version, Disney+ has them both on its streaming platform! 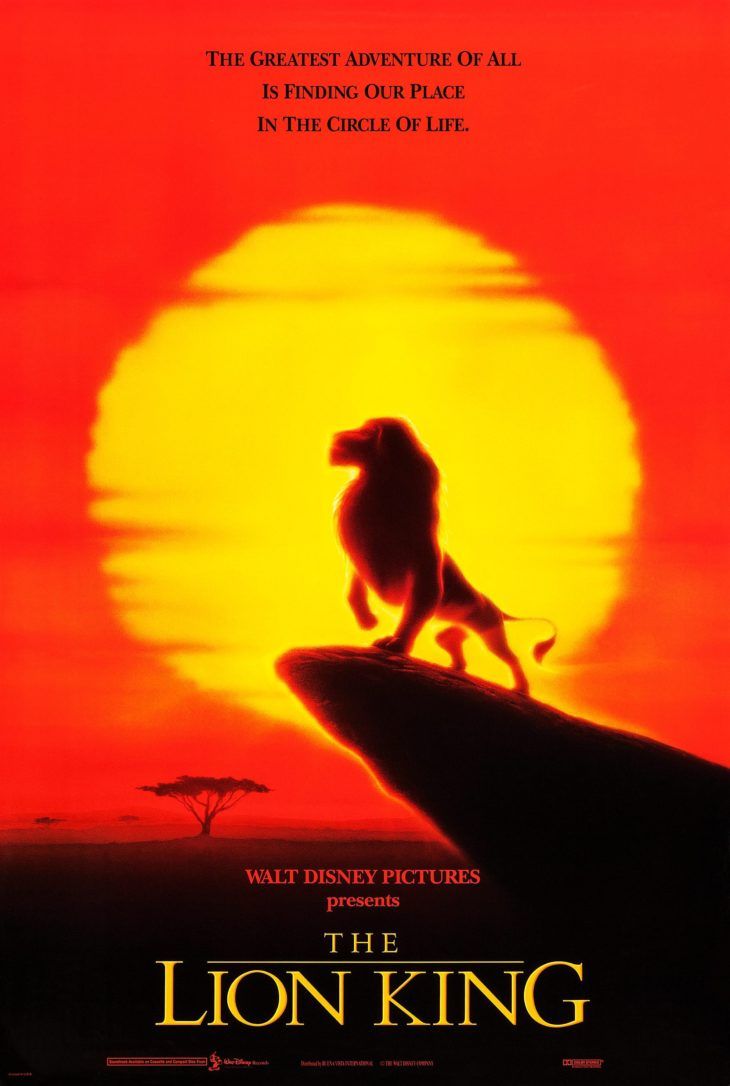