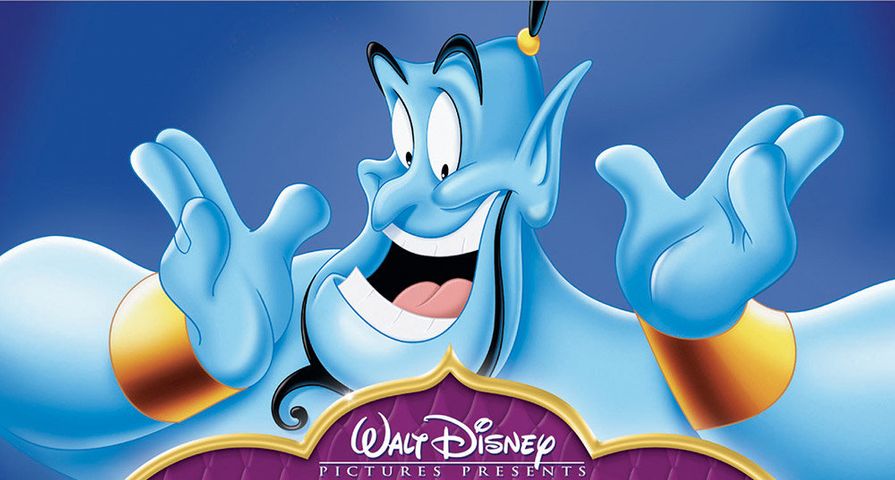 Everybody loves Disney films. Okay, maybe not everybody, but many people do and the enormous cultural impact of these films cannot be denied. With an astounding 53 feature films across an almost 80 year span, the Walt Disney Company revolutionized the entire animation industry and has continued to dominate the genre that it essentially created. Having made so many films, it is a given that some films stand out more than others when it comes to quality and impact. While every Disney fan will have their own unique take on which films deserve to be called the best, the following films are at the very least some of the most important that Disney has ever made and no Disney fan should miss a single one of them.

The newest film in Disney’s animation stable, Frozen seemingly came out of nowhere when it hit theaters late last year and began shattering box office records. Besides being an overwhelming commercial success, Frozen also happens to be one of Disney’s best films in years, arguably its best since 1998’s Mulan. Inspired by Hans Christian Anderson’s fairy tale The Snow Queen, Frozen put a fresh spin on the Disney princess trope by shifting the focus to the relationship between sisters Elsa and Anna, rather than a more traditional romantic courtship plotline (although there is still a bit of that for good measure). While the film is still a little too new to determine if it belongs near the top of Disney’s best animated films, it definitely deserves a spot in the top 10.

Mulan tends to get overlooked where considerations of the best Disney animated films are concerned, but it really doesn’t deserve to be. Based on a famous Chinese legend, Mulan tells the story of the title character’s quest to bring honor to her family and step out of her expected gender role as the daughter of a warrior father. Mulan is the best animated Disney film in the last 16 years and much of the reason for this is because of how well it appeals to both boys and girls, with plenty of action for the boys and a strong message of female empowerment for girls. While Mulan is not often brought up in discussions of Disney’s best, it should be, especially considering it is probably the last great traditional animation film that Disney will create.

8. Snow White and the Seven Dwarves

The first feature length animated film ever made, Snow White remains one of the best due to its timelessness. Although there are a few antiquated ideas and themes present (Snow White is a weak and outdated female character), there is more than enough in this almost 80 year old film to make it appeal to modern audiences. Animation that still remains impressive, a truly memorable villain in the evil Queen, and the standout ensemble hijinks of the seven dwarves all combine to make an excellent film. Most subsequent films would go on to improve upon the template established by Walt Disney’s 1st feature film, but for being the 1st out of the gate, Snow White is a surprisingly strong movie in its own right and an essential part of any Disney fan’s collection.

While it’s fair to say that Cinderella is perhaps Disney’s most conventional film, this is not a knock against it. Cinderella embodies that hard to describe magical quality that Disney’s animated films are known for: cute animals, memorable songs, gorgeous animation, and a classic tale of the princess finding her prince charming are conventions that are synonymous with Disney by this point, and they are all present and perfected in Cinderella. The rags-to-riches storyline, while a bit outdated as an ideal to strive for, nonetheless makes for an interesting story, and Cinderella as a character is so hard-done-by that she arguably deserves her happy ending. It is difficult to think of another Disney film that so perfectly encapsulates what has made Disney so special to so many people.

Sleeping Beauty is rather simplistic in structure and its two human leads aren’t very interesting but that’s okay because out of all the other Disney films, Sleeping Beauty is the best on a technical level. The level of skill and artistry on display is nothing short of breathtaking, and that alone qualifies Sleeping Beauty as one of Disney’s best. Fortunately, the film has a few other things going for it. It gave us one of the best villains of any Disney movie in the evil fairy Maleficent, a character so iconic that Angelina Jolie brought her to life in the very successful live action film of the same name earlier this year, some 55 years after the original film’s release. To put it simply, no other Disney film looks as good as Sleeping Beauty and that distinction alone makes it one of the best.

The 2nd of Disney’s animated features, Pinocchio was an improvement on Snow White in almost every way, especially in terms of its scope and ambition. Snow White, for all of its achievements, is a simplistic film when all is said and done. Pinocchio, in contrast, deals with some heavy themes such as mortality and adolescence, and gets downright dark and disturbing in certain parts. Standout scenes like Pleasure Island and the escape from the giant whale Monstro are actually a bit terrifying. Thankfully, these scenes are well-realized and animated, and Pinocchio’s light and charming characterization at the center of the film that helps counterbalance the darkness. Although it is one of Disney’s darker films, which may put off some viewers, when considered as a whole, Pinocchio is a standout film in the Disney catalogue and easily one of the best.

Arriving in 1992, right in the middle of Disney’s so-called “animation renaissance”, Aladdin is a modern classic and one of the most enjoyable Disney films to watch. Inspired by the Arab folktale of Aladdin and the magical lamp from One Thousand and One Nights, Aladdin is the story of the title character’s progression from lowly thief to hero of the kingdom, fitting in nicely with the classic rags-to-riches theme that is present in many Disney films. Featuring standout songs, and especially memorable voice work by Robin Williams as the magical Genie, Aladdin is simply one of the most adventurous and exciting animated Disney films out there. Aladdin was so popular that 2 direct-to-video sequels were made, in addition to a TV series, but none of them could touch the quality of the 1st film. While it’s not the best film in Disney’s renaissance era, Aladdin is still one of the strongest Disney films ever made.

Often cited as the film that restored Disney’s fortunes and ushered in something of a renaissance in terms of their animation output, The Little Mermaid is certainly one of the most important films the company has ever made. Fortunately, it’s also one of the best. An adaptation of Hans Christian Anderson’s fairy tale of the same name, The Little Mermaid tells the story of a mermaid named Ariel and her desire to leave the sea and walk on land. Unlike other female Disney heroes who came before her, Ariel was not a shrew. Instead, as given voice by the exceptionally talented Jodie Benson, Ariel was adventurous and a relatable character for many young girls and women who did not want their lives dictated by their parents. When it comes to Disney animation, it doesn’t get much better than The Little Mermaid.

The late 80s – early 90s saw Disney’s strongest animation output and The Lion King was the last entry in this short, but historic period of artistic excellence. The Lion King is incredibly ambitious, using the famous Shakespeare tragedy Hamlet as a template for its animal kingdom story set in the African plains. Featuring some of the best music in any Disney film and a superb cast of voice actors, The Lion King is one of Disney’s most cherished films. Focusing on the naïve heir to the throne Simba, The Lion King explores weighty themes like death, rebirth, familial responsibility, and what it means to be a great leader, just to name a few. It’s an example of Disney perfection and it only narrowly misses the title of Best Disney Film.

1. Beauty and the Beast

By the time Beauty and the Beast arrived in 1991, Disney was making history with a slew of high quality animated films. Beauty and the Beast was a refreshing hybrid of classic Disney conventions and more modern sensibilities. Like The Little Mermaid’s Ariel, Beauty and the Beast’s female protagonist Belle is a free-spirit and desires excitement and adventure rather than a traditional marriage. The film’s antagonist, the handsome but brutish Gaston, also displays Disney playing with convention, as this time out the handsome, seemingly heroic male is the villain, while the monster is the hero. While every Disney fan will have their own personal favorite film, Beauty and the Beast deserves the top spot because it contains every element that makes a great Disney film (memorable songs, animation, and characters) while simultaneously elevating the entire art form of animated filmmaking. It’s also the only traditionally-animated Disney film to be nominated for Best Picture, which in many eyes elevates it above the rest of the pack.