12 Things You Didn’t Know About Disney 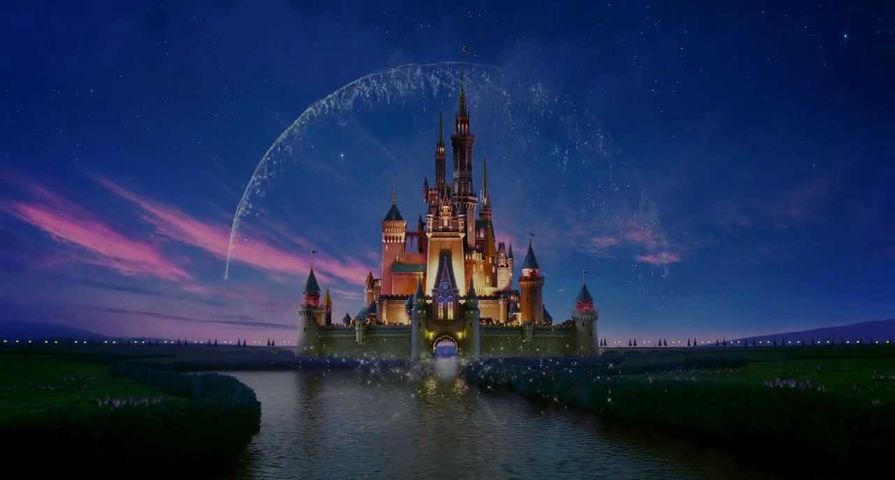 Cast of High School Musical: How Much Are They Worth Now?

Founded in 1923, The Walt Disney Company is responsible for some of our favorite childhood characters and movies, from the 1937 classic Snow White to 1992’s Aladdin, which featured Robin Williams as the lovable and memorable Genie. Disney is also behind 14 different theme parks around the world, including Walt Disney World and Disneyland. But did you know that the corporation earns more in revenue than every other broadcasting and cable company except Comcast, or that it has a dark history that includes racist depictions of minorities? Here are 12 things that may surprise you about a company that began with a cheerful, adorable little cartoon mouse.

12. ESPN is Disney’s Most Profitable Arm

Disney makes tons of money from theme parks, movie tickets, cruise lines and Disney princess toys, but in 2012, with a contribution from the Disney Channel, ESPN was generating more revenue than the rest of Disney’s other properties combined. Disney wasn’t always connected to the top sports cable network; ESPN first launched in 1979, after Bill Rasmussen was fired from his job as a hockey player and created the network, along with its top show, Sports Center. The company grew over the next few decades, spawning ESPN Radio in 1992 and ESPN 2 in 1993. Three years later, ESPN was acquired by The Walt Disney Company. ESPN isn’t a very big part of Disney’s theme parks, and ESPN Zone restaurants didn’t do so well for the company (most have closed, except for some in Southern California) – but the channel is still a huge winner for Disney. Time will tell if Fox Sports and NBC Sports can make the competition heat up.

Star Wars: The Force Awakens will be released in theaters on December 18, 2015 — and eventually, you’ll be able to relive the Star Wars experience by going to a Star Wars-themed Disney amusement park. There’s “a fair amount of design and development (taking place by the company’s Imagineers) to greatly increase ‘Star Wars” presence in multiple locations around the world,” Disney Chief Bob Iger told Wall Street in February of this year. “The plans are ambitious, so it’s going to take some time for them to be built and opened.”

Iger says that more information and attractions will be announced throughout 2015. He told Bloomberg Television, “Fairly soon, I’m sure we’ll be ready to go public with some specifics. But it’s safe to say that you’ll see a lot more ‘Star Wars’ at Disney and at Disney parks in the near future.” Back in 2014, we learned that the theme parks will be based on the new movies, not the old ones — and that’s why they’re taking their time. “I didn’t want someone to say, ‘I just saw the movie and there’s nothing in that movie in this (attraction),” Iger explained. “We waited to see what this film would have in it.”

When you think about cable channel A&E, what comes to mind are re-runs of Law & Order, reality shows like Duck Dynasty and haunting original dramas like Bates Motel. But the network is actually a joint venture between the Hearst Corporation and Disney–ABC Television Group, each of which hold a 50% ownership interest in the channel. Though once seen as boring, serious and perhaps elitist, A&E has been working since 2013 to be a “much lighter, more fun place to come and spend time.” The network also launched a new slogan, “Be Original.” The new brand focus includes the reality show Married at First Sight, which, you guessed it, features contestants who marry strangers without knowing anything about them. Perhaps they believe in the fairy tales they saw in Disney movies as kids?

9. Some Disney Cartoons Were Racist

Disney has been making cartoons since the 1930s — and many of those older titles feature racist characters or attitudes. In 1930’s Cannibal Capers, for example, the depiction of African natives is offensive. African natives are similarly depicted in 1932’s The Savages. Mickey Mouse wears blackface in Mellerdrammer (1933) and the Night Before Christmas (1933). You might even catch 1932’s Santa’s Workshop on TV around the holidays — and we bet you’ll be offended by the way Santa laughs and rejects a dark-skinned doll, calling it “mammy.” These cartoons aren’t widely known, but even the beloved classic Fantasia had a black character, Sunflower, who was made to wait on the blonde characters (she was left out of the 1960s re-release). The black crows in 1941’s Dumbo are also racist stereotypes. Recent Disney films have been accused of being racist, too; Arab-American groups protested the depiction of the Merchant in 1992’s Aladdin. You might also want to take a second look at the explanation of how Native Americans got their skin color in Peter Pan, or the Siamese Twin gang in Chip & Dale: Rescue Rangers.

8. Disney Tried To Make A Version Of Gremlins

Remember Gremlins, the 1984 movie with Gizmo, everyone’s favorite evil pet? Disney wanted to make its own Gremlins back in the 1940s, based on the Roald Dahl book of the same name. The company had writers hash out at least two scripts for the movie, which never ended up coming to fruition. The company also made a promotional book that would have been marketed alongside the movie, and there are just under 5,000 of these books, featuring creatures flying a blue plane against a red backdrop, left in the world. If you want a copy, it will cost you around $300. We have to imagine that Disney’s Gremlins would have been a little less weird and scary — and given that nobody had microwaves in the 1940s, we doubt it would have included a microwave scene!

7. “Imagineer” Is Not Actually A Job Title

Many kids grow up dreaming of becoming a Disney Imagineer — but the term is a bit of a misnomer. Disney uses the term “Imagineering” to refer to the department of people who use both imagination and engineering to create and produce the rides, art and other elements of Disney parks, resorts and cruise ships. In an interview with Inside the Magic, Imagineer Don Carson explained just how many jobs are included in Disney’s Imagineering department: “There’s countless numbers of them. The closest to me was show design and concept design. There’s producers, production designers, dimensional designers – they’re responsible for the models – sculpting, painting, various audio engineers, show writing – who are responsible for not only coming up with the scripts but also for recording all the talent, bringing that talent in and all the sound effects and the orchestration as well. There’s people who are responsible for making sure that the props are purchased. Prop purchaser is a full-time job for somebody who hunts the world for anything from pirate cannons to bird cages to fill the theme parks. There’s just no end to the types of jobs that are there.”

Kids today still watch Disney classics like Bambi and Dumbo — but they weren’t blockbuster hits right out of the gate. Snow White made $8.8 million despite industry skeptics calling it “Disney’s Folly” before it was released into theaters, but Pinocchio lost half a million and Fantasia lost even more than that when it was released. Bambi was a loser for Disney, too. (Part of the reason the films lost money was World War II, which kept a lot of people from splurging on going out to the movie theater.) Dumbo was in the black, thanks to the fact that it cost half of what Snow White did to produce (Dumbo was also quite a bit shorter). After Bambi, Disney stopped making feature films altogether for eight years! The company persisted, but was mired in debt for a long time and took a while to become a consistently prolific and successful brand.

It’s no secret that Disney makes a fortune from toys and collectibles from its various brands: LucasFilm, Marvel Entertainment, the Muppets, Pixar Films and Disney. But some collectors are so obsessed that they’re willing to spend tens of thousands of dollars on limited-edition items, such as a crystal miniature of Sleeping Beauty’s Castle that costs $37,500. Disney knows that consumers want special products, so the company produces a lot of limited-edition merchandise to sell during special events at theme parks. For this year’s 60th Disneyland anniversary, Disney has made more than 500 items, including plush toys, pins, collectible figurines,  t-shirts, sunglasses, jewelry and more. The biggest seller so far would have to be glowing Minnie Mouse ears, which, at $25, are a tad more affordable than the Sleeping Beauty castles. It adds up to a lot: Disney makes $1 billion or more each year by selling collectible items at the company’s theme parks, pulling in an additional $40 billion-plus from licensed merchandise sold at retail stores.

4. Disney Has 4 Different Cruise Ships Going To A Dozen Locations

Want to experience the magic of Disney without going to a crowded theme park? You can set sail on a Disney Cruise ship and head off to an exotic location instead. First created in 1995, the Disney Cruise Line really offers something for everyone, with destinations including Alaska, the Bahamas, the California Coast, Canada & New England, the Caribbean, Europe, Hawaii, Mexico and the Panama Canal. You can even go across the entire Atlantic Ocean. Disney’s four different cruise ships are Disney Dream, Disney Fantasy, Disney Magic and Disney Wonder. The company recently added a special Frozen cruise to Norway, and also offers special wedding and vow renewal packages for Disney-obsessed couples. On-board activities include everything from cabaret and karaoke to ionithermie cellulite reduction to detective shows for kids.

3. Disneyland’s Club 33 Is So Posh, The Waiting List Is Closed

Even Disney freaks love the idea of VIP access. Tucked away in New Orleans Square in Southern California’s Disneyland theme park, Club 33 is a private, members-only restaurant that everybody wants to get a look at — but the waiting list to become a member got so long that it is now closed. Due to a recent rule change, the only way you’ll get into Club 33 is if you literally marry into it or are born into it like a Prince or Princess. In late 2014, Disney announced that Club 33 members, many of whom waited for years on a wait list for membership, could no longer get three passes to bring in fellow VIPs; now, Club 33 members may only bring a spouse or domestic partner into the Club. To make matters worse, the annual price of membership has been raised from $12,000, up from $11,000. In 2014, Club 33 was renovated and now includes a new entrance, kitchen and jazz-inspired lounge — but is it really worth the money and hassle?

After Disneyland was finished in 1955, Disney planned to open a ski resort near California’s Sequoia National Park that would have been big enough for 20,000 skiiers. The company went through the process of acquiring Forest Service approval and made a deal with the Governor of California to build roads, but after Walt Disney died in 1966, the company abandoned these plans and focused on building Walt Disney World in Florida instead (the theme park opened in 1971). The current Walt Disney World also contains two abandoned theme parks: River Country, an old water park, and Discovery Island, an old attraction based around nature. If you really want to go hit the slopes, though, you can still plan a ski vacation through the Disney Vacation Club, which offers packages in Austria, Vermont, British Columbia, Lake Tahoe, Colorado and more.

It’s hard to think of Disney without the iconic Mickey Mouse, but everyone’s favorite rodent was almost called Mortimer instead! Luckily, after Walt Disney had drawn a few cartoons, his wife Lillian suggested to Walt that he change the character’s name to Mickey, which she thought was more marketable. Walt followed his wife’s advice and later used the name Mortimer for a different mouse character from Brooklyn who competed against Mickey to steal Minnie Mouse’s affection.