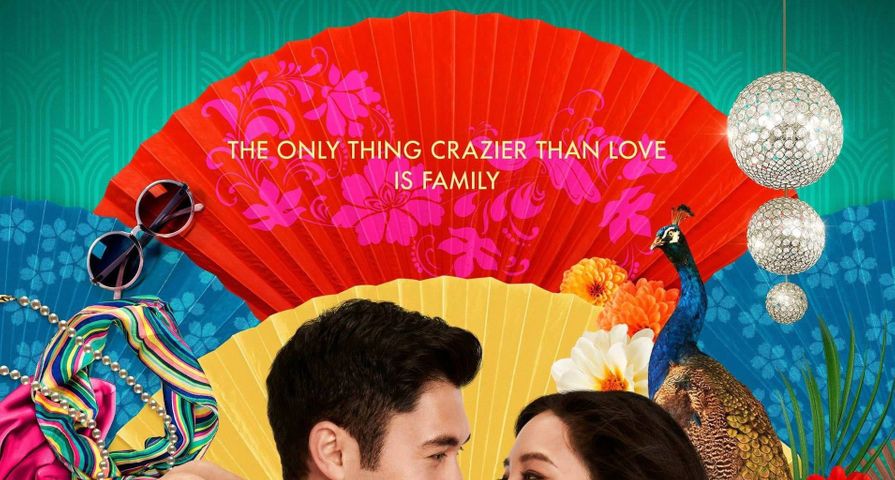 Crazy Rich Asians is one of the most anticipated movies this summer and is the perfect blend of drama and opulence. Centering around the relationship between Nick and Rachel, the film follows the two as they arrive in Singapore where Rachel learns just how wealthy Nick’s family is and how much they disapprove of her relationship with their son. With the film’s premiere coming up on August 15, check out these 12 things you didn’t know about Crazy Rich Asians:

Crazy Rich Asians is based on Kevin Kwan’s best-selling novel of the same name. He wrote it in 2013 and followed it up with China Rich Girlfriend in 2015 and Rich People Problems in 2017. Producer Nina Jacobson purchased the rights to the book in 2014 so that she could adapt it into a film and then that same year partnered with US-based Asian film investment group Ivanhoe Pictures to produce the film. In 2016, Jon M. Chu was hired to direct the film adaptation and Adele Lim and Peter Chiarelli wrote the screenplay.

11. They Turned Down a Deal with Netflix

There was an intense bidding war for Crazy Rich Asians. Although Warner Bros. ended up winning, Netflix had made quite the offer, which included “complete artistic freedom, a greenlighted trilogy and huge, seven-figure-minimum paydays for each stakeholder, upfront.” While the book’s writer Kevin Kwan and director Jon M. Chu were tempted to accept Netflix’s offer, they decided that they wanted to debut the film on the big screen. “Jon and I both felt this sense of purpose,” Kwan told The Hollywood Reporter. “We needed this to be an old-fashioned cinematic experience, not for fans to sit in front of a TV and just press a button.” In an interview with Vulture, Chu elaborated on their decision to reject Netflix’s multi-million-dollar deal. “If it came down to money, what are we actually trying to do here?” he said. “Taking it to the theater, it’s a symbol that a Hollywood studio system thinks it has value, and we were all in a position in our careers where we didn’t need the money anyway.” The result was that Kwan and Chu became more invested in the film. “It put us emotionally all in and upped the stakes. Without that, we wouldn’t be doing this marketing push. It would just be on the front page of Netflix or wherever it could end up.”

If Crazy Rich Asians is successful, director Jon M. Chu wants to direct a sequel. “We have lots of plans if the audience shows up. We have more stories to tell. We have other stories outside of the Crazy Rich Asians world that are ready to be told too from filmmakers and storytellers who haven’t had their stories told yet,” Chu told The Hollywood Reporter.

9. Criticized for Lack of Diversity

Although the film received praise for its all Asian cast, it also received criticism for its lack of ethnic diversity. One of the big criticisms had to do with Henry Golding and Sonoya Mizuno, who aren’t Chinese, playing Chinese characters. Korean/American actress Jamie Chung had an issue with this. She had auditioned for a role in the film but was turned down for not being “ethnically Chinese.”

Filming for the movie took place in Malaysia and Singapore. Penang’s Cheong Fatt Tze Mansion, also known as the Blue Mansion, is featured and so is the coastline of Langkawi and Malaysia’s capital city, Kuala Lumpur. Locations in Singapore that were used include Merlion Park, the skyline around Marina Bay, the hotel Marina Bay Sands Skypark, Raffles Hotel, CHIJMES Hall, Supertree Grove, and the Newton Food Centre.

Crazy Rich Asians is the first big-budget, non-period film to feature an all Asian cast in 25 years. The last one to do this was The Joy Luck Club, which premiered in 1993, and before that it was Flower Drum Song, which premiered in 1961. According to production president Courtenay Valenti, she believes that the story will appeal to a broad range of people. “It’s a story with rich themes about identity and culture and where do you belong, which are so universal, especially in terms of the conversation that’s resonant today worldwide,” she said.

Silicon Valley actor Jimmy O. Yang was initially interested in playing Nick in Crazy Rich Asians, but his manager convinced him that he wouldn’t be right for the part because they were looking for someone who was really “good-looking.” Instead, he auditioned to play Colin, Nick’s childhood friend who will be marrying Araminta, but the role went to Chris Pang. He was then offered the part of Bernard, Colin and Nick’s flashy friend and he gladly accepted. “I was like, dude, yeah!” Yang said. “Bernard is the most obnoxious, filthy rich, throwing his money around guy, just the worst type of person. Which is just so fun to play.”

Henry Golding – who plays Nick in the film – is biracial; his mother is Malaysian and his father is British. He lived in Terengganu, Malaysia, until he was 7 and then his family moved to London, England, which is where he acquired his British accent. He’s currently based in Malaysia with his wife Liv Lo, an Italian-Taiwanese TV presenter and yoga instructor.

4. Michelle Yeoh and Harry Shum Jr. Have Worked Together Before

Michelle Yeoh – who plays Henry’s mother in Crazy Rich Asians – acted on-screen with Harry Shum Jr. – who portrayed Charlie Wu in the film – in the 2016 movie Crouching Tiger, Hidden Dragon: Sword of Destiny, which is a sequel to the 2000 film Crouching Tiger Hidden Dragon.

3. How Henry Golding Was Cast

Henry Golding was cast as Nick in a rather unusual way. Before this role, he wasn’t an actor – he hosted travel shows for BBC and Discovery Channel. Director Jon M. Chu had been having difficulty finding the right person to play Nick when an accountant who was working on Crazy Rich Asians suggested Golding after having met him at an award show five years earlier. Chu then began following Golding on Instagram and he was impressed. They then met on Skype and, shortly after, he flew to Los Angeles for a chemistry read with Constance Wu and then two and a half weeks later he got the job!

2. The Director Pushed Back Production for Constance Wu

When Constance Wu auditioned for the role of Rachel, her schedule for the show Fresh of the Boat conflicted with the production schedule for Crazy Rich Asians, which took her out of the running. She didn’t give up so easily though. She sent director Jon M. Chu an email explaining her connection to Rachel, which ended up persuading him. He then pushed filming of Crazy Rich Asians back four months to accommodate Wu’s schedule!

According to director Jon M. Chu, casting for the film wasn’t easy. He had to cast a wide net to find the right actors and actresses for each role, which meant embarking on a five-continent search and an online open call. “We just didn’t want to miss anybody,” he told The New York Times. “I wanted this to be the ‘Avengers’ of Asian actors.”