12 Things You Didn’t Know About Breakfast At Tiffany’s 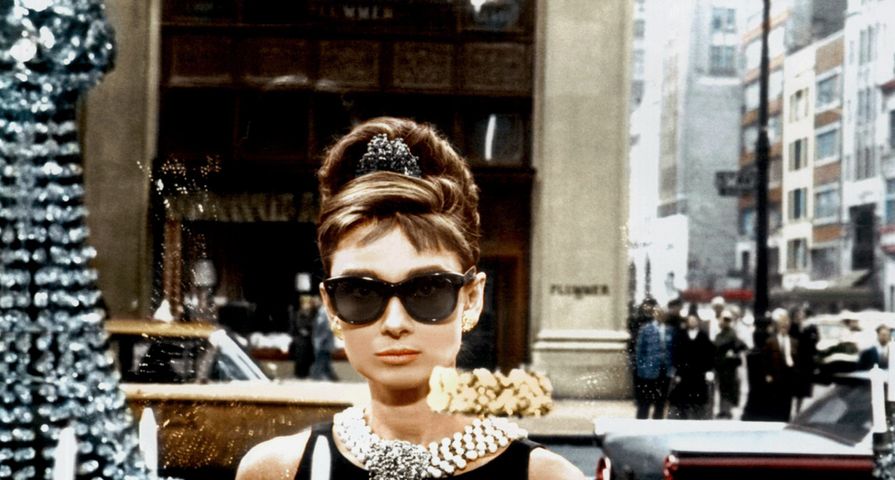 It’s been an astounding fifty-six years since Audrey Hepburn floated across old New York as Holly Golightly in the opening scene of Breakfast At Tiffany’s. Since it’s inception, the film has transcended the big screen and became a cultural icon as one of most beloved romantic comedies of all time. Hepburn’s role as socialite Holly Golightly enchanted generations of moviegoers with her beguiling charm, timeless beauty and untouchable grace. Despite the time that has passed, the visual eloquence that Hepburn exuded on screen created a cult-following that still remains today. If you find yourself feeling nostalgic, yearning for the magical streets of Manhattan in Breakfast at Tiffany’s, follow along to discover 12 things you probably didn’t know about the classic film:

12. The signature song “Moon River” was almost cut from the film

After watching a preview of the film before it’s screening debut, Paramount executive Martin Rackin supposedly requested the song “Moon River” be removed from the final cut. The romantic tune was composed by Henry Mancini and written by Johnny Mercer and went on to win the Academy Award for Best Original Song. Rumors have surfaced that when the news broke that “Moon River” was going to be removed, the habitually polite Hepburn responded with “over my dead body.” Needless to say, “Moon River” remained an integral aspect of the film and created a music legacy.

11. The production crew went through 200 boxes of Cracker Jacks before finding a ring

Rumor has it that the production crew found it harder than anticipated to find a ring in a Cracker Jack box and had to go through approximately 200 boxes before finding the hidden gem used on set! Paul and Holly attempt to have the ring engraved at Tiffany’s in a comical scene where an astute salesman points them to products in the store that are under their budget of a mere $10. The salesman surrenders and allows them to have their ring engraved after explaining that Tiffany’s prides itself on being accommodating. Holly replies by pecking the salesman’s cheek and exclaiming to Paul, “Didn’t I tell you this was a lovely place?!”

The film’s director Blake Edwards did not want George Peppard to be cast as Paul and supposedly even went as far as dropping to his knees on the sidewalk to beg producers Martin Jurow and Richard Shepherd to cast another actor. Paul was notorious for acting out back stage and his behavior on Breakfast at Tiffany’s rang true to his reputation as he tried to steal the limelight from Hepburn and didn’t listen to Edwards’ direction. Hepburn also felt similar feelings toward Peppard and is noted to have called him “pompous” and to have commented on how she was bothered by his constant need to over analyze.

Some have mistakenly attributed Holly’s iconic diva sunglasses to Ray Ban, but they’re actually made by Oliver Goldsmith. In 2011, the sunglasses were re-released for the 50th anniversary of the film and can still be purchased. The glasses feature a dark tortoise shell frame and a slight cat eye shape that create the timeless elegance and class that Audrey became known for.

The infamous party scene in Breakfast at Tiffany’s didn’t last just one night as the film made it seem, and shockingly took six whole days to film. It was shot on a sound stage and the extras were all friends of the director who were actually drinking and smoking to add an authentic effect to the scene. The “party” consisted of real champagne, 120 gallons of soft drinks, 60 cartons of cigarettes, cold cuts, hot dogs, chips and sandwiches. Allegedly a smoker used by a beekeeper was also brought on set to imitate the look of a hazed, smoke-filled room.

Despite the misleading opening scene, it was revealed that Hepburn didn’t actually enjoy danishes and preferred other sweet treats. She is portrayed gliding through New York in the opening scene admiring the glimmering Tiffany’s display and nibbling on a danish for breakfast. A 1960’s New York Times report stated, “Miss Hepburn, it developed, had no affection for the Danish, preferring ice cream at Schrafft’s.” Hepburn’s distaste towards the pastry must have made filming this particular scene quite cumbersome, especially with all the retakes.

The dress that singlehandedly made the little black dress an icon was actually specifically designed for Audrey by Hubert de Givenchy in 1961. When Hepburn passed away in 1993, the black satin gown was auctioned off for $900,000 and in 2005 the proceeds were donated to the City of Joy Aid, a children’s charity in Calcutta. Hepburn was known for her humanitarianism and was an advocate for children’s rights, so this seems the best possible result of the iconic dress! The owner of the dress said, “I’m absolutely dumbfounded to believe that a piece of cloth which belonged to such a magical actress will now enable me to buy bricks and cement to put the most destitute children in the world into schools.”

5. The film marked the first time Tiffany’s had been used as a film location

The titular jewelry store Tiffany’s had never been used as a film location until the Breakfast at Tiffany’s production. Tiffany’s opened it’s doors on a Sunday for the first time since the 19th century to allow filming and was allegedly “grateful for the kind words and free publicity” that the film brought them. At the time of filming, Tiffany’s hired forty armed guards and sales clerks to protect their merchandise inside and to prevent robbery. Despite Holly’s claim that “nothing bad could ever happen at Tiffany’s,” it seems that the jewelry store was quite apprehensive to allow a production to be filmed inside their store.

Audrey’s salary for Breakfast at Tiffany’s was an astounding $750,000, which would be equivalent to approximately $5.9 million today. In 1961, when the film debuted, Hepburn was the highest paid actress for a single film for the entire decade. Elizabeth Taylor was next in line for this title and received a whopping $1,000,000 for her role in Cleopatra in 1963.

Breakfast at Tiffany’s author Truman Capote was notorious for being an outspoken author and he didn’t hesitate to make his opinion known that he felt Holly was miscast. His first choice was actually Marilyn Monroe, but she turned down the part because her acting coach advised her to stay away from a role where she would play “a lady of the evening,” which might add to her seductress reputation. Capote was extremely disappointed with this turn of events and even stated, “Paramount double-crossed me in every way and cast Audrey.”

2. Audrey Hepburn was self-conscious about her role as Holly

Despite the poised and confident demeanor that she exuded on the big screen, Hepburn allegedly was quite self-conscious about her role as Holly. Truman Capote was not shy to voice his disappointment for her being cast as the lead and this led to Hepburn feeling uncomfortable when he was on set. She herself also admitted she wasn’t confident that she was the ideal actress for the role. “It’s very difficult and I didn’t think I was right for it,” Hepburn revealed to The New York Times. “I’ve had very little experience, really, and I have no technique for doing things I’m unsuited to. I have to operate entirely on instinct. It was Blake Edwards who finally persuaded me. He, at least, is perfectly cast as a director, and I discovered his approach emphasizes the same sort of spontaneity as my own.”

While it has been reported that much of the interior shots of Holly’s apartment were filmed on a Paramount sound stage, the famous brownstone exterior is an authentic location in New York and can actually be visited today. The apartment is located in the Upper East Side at 169 E 71st street. The apartment hit the market in 2014 for an asking price of $10 million and was sold for $7.4 million in June 2015. The luxurious interior features an enclosed greenhouse, a library, and multiple wood-burning fireplaces throughout.