Home » Entertainment » Celebrities » Cast Of I Know What You Did Last Summer: How Much Are They Worth? 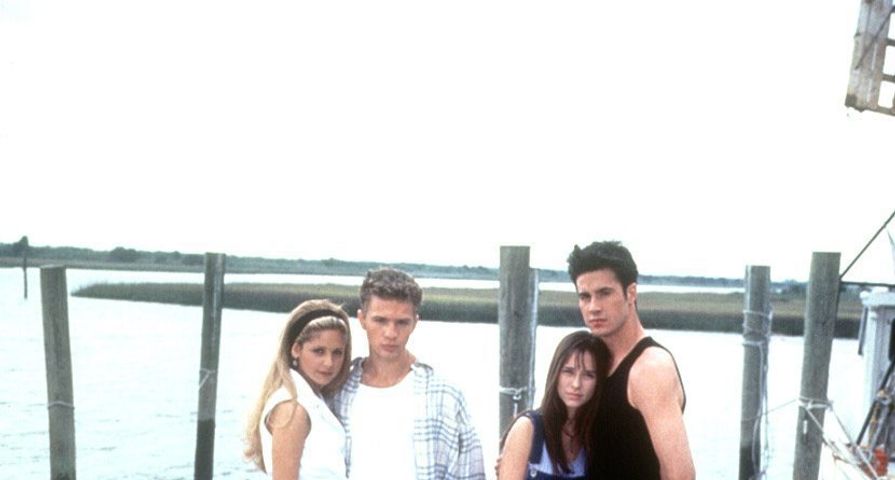 I Know What You Did Last Summer quickly became one of the most well known slasher films of the ’90s after its release in 1997. The film was packed with some of the biggest stars of the ’90s, and, although it wasn’t loved by critics, its star power propelled it to commercial success with fans, eventually grossing over $125 million at the box office. As well, Jennifer Love Hewitt has become one of the most famous “scream queens” from slasher films and many of the other stars have gone on to have successful careers. Check out how much the stars of I Know What You Did Last Summer are worth now.

Estimated Net Worth: $500 Thousand. Stuart Greer appeared as Officer David Caporizo in the flick and, although he had started acting in the early ’90s and has continued since, he has never reached high levels of stardom. Following I Know What You Did Last Summer, Greer appeared in Remember the Titans, Walker, Texas Ranger, Glory Road, Mud and the film American Ultra. Even though he has consistent roles, his small parts in the projects have only earned Greer a net worth of $500 thousand.

Estimated Net Worth: $8 Million Many forget that it was in fact Anne Heche in I Know What You Did Last Summer as David Egan’s sister Missy Egan. At that point in her career Heche was just building a name for herself, appearing that same year in Donnie Brasco and Volcano. She has gone on to have many notable roles in several films and TV shows including John Q, Everwood, Rampart, Hung and Wag the Dog. Anne Heche is now a well known name in Hollywood and proves it with her $8 million net worth.

Estimated Net Worth: $50 Million. Now, Johnny Galecki will probably forever be remembered as Leonard from the Big Bang Theory, but he too was in I Know What You Did Last Summer. Before the film Galecki had got his start on several TV shows, most notably Roseanne, and the same year it ended he took on the small role of Max Neurick in IKWYDLS. While he continued to act, he did not reach super-stardom until 9 years later with his casting as Leonard in the hit series. Now Galecki has the highest net worth of them all thanks to a whopping $1 million per episode salary, all adding up to a very impressive $50 million.

Estimated Net Worth: $2 Million. With 89 acting credits to his name, it is surprising actor Muse Watson does not have a higher net worth. Before portraying the killer Benjamin Willis in the film, he had appeared in various films and shows. He then reprised the role in I Still Know What You Did Last Summer, and also appeared in Austin Powers: The Spy Who Shagged Me. He has since appeared in a recurring role in Prison Break as well as NCIS and has made a net worth of $2 million.

Estimated Net Worth: $8 Million. Bridgette Wilson-Sampras began her career as a model before switching to acting, appearing in the hit series Saved by the Bell as A.C. Slater’s sister. She was then in Last Action Hero starring Arnold Schwarzenegger, Billy Madison as Adam Sandler’s love interest, and in 1997 she had a supporting role in I Know What You Did Last Summer as Elsa Shivers. She has also appeared in many notable films such as House on Haunted Hill, The Wedding Planner, and Just Visiting, which have made the actress a net worth of $8 million.

Estimated Net Worth: $15 Million. The mid ’90s were huge for Sarah Michelle Gellar as she not only landed the lead in Buffy the Vampire Slayer which launched her into stardom, but also starred in I Know What You Did Last Summer. She immediately became a starring actress in films such as Simply Irresistible, Cruel Intentions and Scooby-Doo. While her acting career slowed down when she had children, she starred in the hit horror series The Grudge, and also landed lead roles in several TV shows that unfortunately only lasted one season. While she isn’t in the spotlight as much as she once was, Sarah Michelle Gellar is still worth a respectable $15 million.

Estimated Net Worth: $30 Million. I Know What You Did Last Summer was one of Ryan Phillippe’s first big roles and solidified him as one of the biggest heartthrobs of the ’90s. It also didn’t take long for Phillippe to be regarded as a leading man, starring in 54, Cruel Intentions, Antiturst, Gosford Park, Chaos, Crash and Flags of our Fathers, just to name a few. Phillippe dropped out of the focus of the spotlight following his split from Reese Witherspoon, but has recently made a comeback with the new show Shooter, and can afford to lay low on the roles with a net worth of $30 million.

Estimated Net Worth: $19 Million. One of the greatest tragedy’s for many ’90s teens has been Freddie Prinze Jr.’s decline in acting. For a period there was no bigger heartthrob than Freddie Prinze, started by his role as Ray in I Know What You Did Last Summer. He quickly starred in many other hit teen films including She’s All That, Down to You, Head Over Heels, and Summer Catch. He also starred in the live-action Scooby-Doo movies as well as his own short-lived series Freddie. He has since had small roles in several TV shows and has taken to lending his voice to animated series and video games including Robot Chicken and Star Wars Rebels. As well as being married to Sarah Michelle Gellar, who has her own impressive net worth, Freddie is still doing well with $19 million.

Estimated Net Worth: $18 Million. Jennifer Love Hewitt was destined to be a star after starring in Party of Five from 1995-1999, and then starring in I Know What You Did Last Summer and I Still Know What You Did Last Summer. She went on to be in Can’t Hardly Wait, Time of Your Life, and lead TV shows such as Ghost Whisperer, The Client List and Criminal Minds. As a leading lady, Jennifer Love Hewitt has made an estimated net worth of $18 million.