Things You Might Not Know About The Movie ‘Elf’ 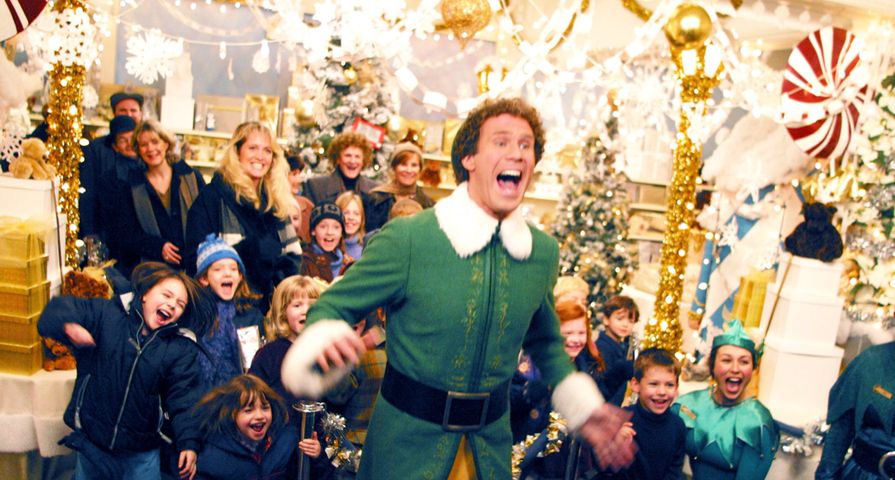 This movie is one of those cult classics that makes a comeback every year around Christmas. Starring Will Ferrell, James Caan, and Zooey Deschanel, Elf is a hilarious holiday comedy about an orphaned elf who learns he is actually human, so he travels to New York City to find his biological father. The 2003 film got rave reviews from critics and earned a whopping $220 million at the box office. Since Christmas is just around the corner, here’s a look at 15 things you probably didn’t know about Elf!

15. Jim Carrey Was Originally Considered for the Role

The original script for Elf was created by David Berenbaum way back in 1993. At this time, Jim Carrey was at the forefront of the project, but it was during his pre-Ace Ventura: Pet Detective days and it subsequently took a decade to get the film in motion. By the time the wheels were rolling, Will Ferrell had stepped into the forefront of comedy after his gig on Saturday Night Live, so he was signed as the star. There are no hard feelings though because Carrey went on to star in his own two Christmas movies! He starred in the live-action How The Grinch Stole Christmas and A Christmas Carol.

Director Jon Favreau was the one who made the decision to give the movie an “old-fashioned” kind of feel by harnessing Christmas classics from the past. One of the ways that he did this was to film with as little CGI and special effects as possible. He used stop-motion animations and forced perspective instead to make Buddy seem much larger than the other elves. Also, the scenes that took place in the North Pole were filmed on two separate sets — a larger scale one for the elves, and another for Buddy and Santa to make them look bigger. In order to make these elements invisible to the untrained eye, they used overlay in camera and lighting to blend it all together.

13. Will Ferrell was Once a Mall Santa

In an interview with Spliced Wire, Ferrell revealed he had some experience to draw on while making this movie, but not as an elf! When he was in the sketch comedy troupe The Groundlings with fellow Saturday Night Live pal Chris Kattan, they two worked at an outdoor mall in Pasadena for five weeks. Ferrell was Santa and Kattan was his elf! Ferrell said: “It was hilarious because little kids could care less about the elf. They just come right to Santa Claus. So by the second weekend, Kattan had dropped the whole affection he was doing and was like (Ferrell makes a face of bitter boredom), ‘Santa’s over there, kid.'”

Of course, there are a few times in the film when CGI had to be used like when the snowflakes drift down over the credits and in the classic snowball fight scene. The snowballs were added in during post-production, so when they filmed there wasn’t actually any snow around. This might explain why Buddy had such great aim!

Favreau deleted one major aspect of the original 1993 story when he created the film. In the early version, Buddy was bullied which is why he travelled to New York City to find his father. Favreau pushed to exclude this from the story because he didn’t like the idea of having North Pole characters be mean. He wanted them to be represented as warm. Plus it better explained why Buddy was so nice to all the people in New York who were so mean to him. Favreau also deleted a scene on a frozen hockey pond with the elves. What starts out as a friendly game turns violent once Buddy hits the ice. They actually shot the scene but it never made the final cut.

Favreau really wanted to create a Christmas movie that paid tribute to some of the classics from the past and there’s nothing more classic than the stop-motion Rudolph the Red-Nosed Reindeer from 1964. He recreated the winter wonderland including all the animals from the area and even got permission to use their signature snowman! Favreau also designed all the elves costumes based on the ones worn by Hermey and his elf peers and did his best to recreate the elf workshops.

Academy Award-nominated actor James Caan was the perfect person to play opposite Will Ferrell. They are so different that they offer such a great balance. While Ferrell is known for being silly, Caan is more of a stern character which is exactly what Favreau wanted. Not surprisingly, Caan took the comedy aspect of Elf extremely seriously because he knew it was crucial for his character to never be amused at Buddy’s antics, but even he couldn’t hold it together at times! When Walter takes Buddy to have a blood test done at the doctor and Buddy screams after being pricked with the needle, Caan can be seen turning away from the camera so he doesn’t ruin the take by laughing.

The sprawling department store called Gimbels from the film is obviously based on the real Macy’s! In fact, the whole block that Macy’s sits on in New York City was digitally altered in the film, but based on the real deal. In addition to that, Gimbels used to be one of Macy’s biggest rivals. Favreau asked Macy’s if they could use their store for filming, but they declined. “Because we’re using a Santa, of course, everybody thinks Macy’s. But Macy’s didn’t like the idea that there was a fake Santa working there. They felt it would blow the illusion for kids,” he said.

7. Fight Between Buddy and Santa

The scene where Buddy sees the department store Santa and calls him out for being a fraud who “smells like beef and cheese” was almost entirely improvised — especially the fight! It was done over a few takes, but the actual fight had to be shot in one go. In an interview with 20/20, Jon Favreau and Artie Lange said the art department worked incredibly hard to stage that scene including the LEGO city-scape, Lite Brite displays, and miniature train setup. “They have to smash the whole [thing] — so we don’t really have a lot of resets,” said Favreau.

6. No Chance of a Sequel

Whenever a movie is as successful as Elf it’s almost a fact that there will be some sort of sequel and Ferrell is not opposed to doing sequels. He reprised his role as Ron Burgundy for Anchorman 2: The Legend Continues and Maugatu in Zoolander 2, but not even an offer of $29 million could convince him to be Buddy again. Ferrell told USA Today back in 2013 that he doesn’t ever want to do a sequel to the film because it wouldn’t feel right. “I just think it would look slightly pathetic if I tried to squeeze back in the elf tights: Buddy the middle-aged elf,” he joked.

Remember the scene where Buddy eats a ton of sugary carb-loaded food like maple syrup-coated spaghetti and cotton balls (that were actually made of cotton candy)? This actually ended up making Will Ferrell sick! In an interview with About Entertainment, he said: “That was tough. I ingested a lot of sugar in this movie and I didn’t get a lot of sleep. I constantly stayed up. But anything for the movie, I’m there. If it takes eating a lot of maple syrup, then I will — if that’s what the job calls for.”

Like many movies, anything that took place on a soundstage was filmed in Vancouver, Canada to take advantage of their lower production costs, but whenever possible, they filmed in New York City. All of the Manhattan exteriors were authentic, as well as the scenes at Rockefeller Center, Central Park, and Central Park West. In the final days of production, Will Ferrell paraded around New York City in his elf costume with the director and one cameraman in tow to film all of those hilarious scenes like when he leapfrogs across a pedestrian walk, accepts flyers and gets his shoes shined. According to Buzzfeed, there were several traffic accidents reported that day because people were so shocked to see Ferrell walking around Central Park and the Lincoln Tunnel dressed up as an elf.

How could we forget that disgustingly funny burp that seemingly came from Will Ferrell after he drinks a litre of soda? While it might be one of Ferrell’s funnier scenes in the film, the burp didn’t actually come from him. It came from voice actor Maurice LaMarche, who is best known for voicing Brain of Pinky and the Brain. In an interview with the AV Club, LaMarche revealed his secret: “I’ve always been able to do this weird effect, where I turn my tongue, not inside out, but almost. I create a huge echo chamber with my tongue and my cheeks, and by doing a deep, almost Tuvan rasp in my throat, and bouncing it around off this echo chamber, I create something that sounds very much like a sustained deep burp.”

One of the reasons this scene is so funny is because of Will Ferrell’s reaction. When Buddy is acting as a toy tester in Santa’s workshop, he has to pop open all the jack-in-the-boxes which can be a little nerve-wracking, especially since all the boxes were being remotely controlled by director Jon Favreau instead of the usual pop-up at the end of the song! He set it up like this so that Ferrell never knew when it was coming and so he could get an authentic reaction with each one.

In the scenes where Buddy is a baby, director Jon Favreau hired a set of twins who were blonde with curly hair — the perfect pair to play Will Ferrell doubles! Unfortunately, he was put in the awkward position of having to fire the kids because they simply could not perform. In every scene where they were supposed to be smiling and crawling, all they did was cry! Luckily, there’s always another set of twins waiting in the wings to take their place. They hired a set of brunette triplet girls who were able to get the job done.