Things You Might Not Know About ‘The Wedding Planner’ 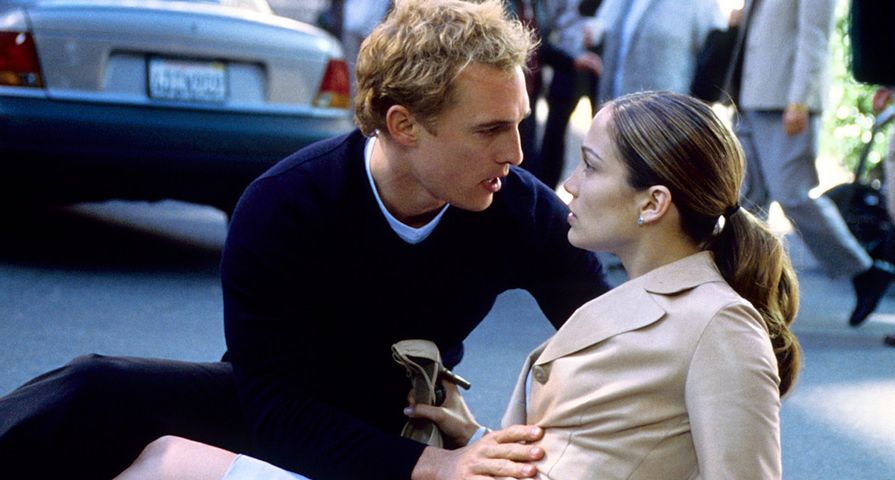 Back in the early and mid-2000s, Jennifer Lopez wasn’t only dominating the music scene, she was also starring in several romantic comedies including 2001’s The Wedding Planner. The hilarious film that starred Lopez and Matthew McConaughey has become a guilty pleasure of rom-coms fans and it is hard to believe it has been almost 20 years since it was released! Reminisce on the film with these 12 things you never knew about The Wedding Planner:

The two co-writers for The Wedding Planner got the idea for the movie after they saw an advertisement for a wedding planner class. As it turns, the pair were actually a couple when they began writing the film but ended up breaking up during the first rewrite, and despite their split, they worked on the movie together for years until it finally went into production. To help with research for the movie, they even interviewed real wedding planners at the Los Angeles Festival of Brides. “We had lunch with one wedding planner who told us that she didn’t even believe in marriage,” Falk explained.

There is no doubt that Judy Greer adds something great to every movie she is in, and although the role of Penny was minor in comparison, the casting process was extensive. The director Adam Shankman and the producers auditioned 79 actresses but eventually decided Judy Greer was the best fit, and she was the first of the 79 to audition! Now, Greer is known for her “best friend” roles in romantic comedies, but said she doesn’t mind not being the leading lady. “[When you are the sidekick] you get the funniest jokes, the best lines…and you don’t have to go to work every single day.”

The dancing class where Mary confronts Steve is one of the most intense scenes between the pair, and it wasn’t exactly easy to film. While Lopez is a natural dancer, things were more difficult for McConaughey and at first, he struggled to say his lines while dancing because he was too preoccupied with counting his steps. It ended up taking two months of dance lessons for the actor to finally learn how to tango.

Although Matthew McConaughey charmed fans in the role as Steve Edison with his piercing eyes and blonde hair, he wasn’t the first choice for the film. Before McConaughey, Brendan Fraser was slated to star in The Wedding Planner but had to drop out when it conflicted with the filming of his movie Bedazzled. “Our male star fell out four weeks before production. It was supposed to star Brendan Fraser, but four weeks before production, he fell out and we were like uh oh… Adam [Shankman] drove to Matthew McConaughey’s house and begged for him to do it, and he did,” screenwriter Mike Ellis revealed. Rumors state that Freddie Prinze Jr. was also asked to take on the role but turned it down.

Much like Matthew McConaughey wasn’t the original male lead for the role, there was another Jennifer in mind for the female lead. It seems Jennifer Love Hewitt was actually slated to star in The Wedding Planner first but also had to turn it down because of scheduling conflicts. Additionally, it seems that Sarah Michelle Gellar was asked to star alongside her real-life love Freddie Prinze Jr. in the movie, but the famous couple both turned it down. Eventually Jennifer Lopez signed on and with her movie career still getting off the ground she agreed to less than one million for the role.

7. Getting it Into Production

Despite the fact that The Wedding Planner seemed like a great addition to the rom-com canon of the early 2000s, it took much longer than expected to actually make the movie. Screenwriter Mike Ellis and co-writer Pamela Falk began working on the screenplay in 1995, and after pitching it to five studios, four showed interest, but incredibly all four studios closed before the movie could be worked on. In the end, it took seven years for the script being finished and sold, and for the movie actually being released. “We originally pitched the script to studios in 1995, and nobody bought it. We thought it was such a strong concept that we wrote the script anyhow,” Ellis revealed and jokingly added, “We singlehandedly closed four different studios. At the eleventh hour, Sony stepped in.”

The film has a lot of quirky and memorable lines, and out of them all the most memorable was Edison’s quote about only eating the brown M&Ms because, the way he sees it, chocolate is already brown, therefore there is less artificial coloring. The absurd yet sweet line was actually one of the few things that stayed in the script from the very beginning. “The M&M’s scene was absolutely there from the beginning. It was in the first draft of the script. At the time, we were eating a lot of M&M’s,” Ellis shared. Director Adam Shankman added, “When I read it, I remember laughing about it because I already knew other people who do it, so there was something about it that seemed like an easy, tropey cliché to me, but it made total sense because it was a real thing, and it deserved its place in the sun. I always thought it was weird, and when I read it in the script, I thought okay, that’s just crazy. [But the] moment is absurdly innocent.”

When coming up with the screenplay and script for the movie, the writers and crew got together and pulled in their own personal experiences to make the movie at least somewhat more authentic rather than just being another cheesy rom-com. “Almost everything in the movie is [from our lives]. We were eating macaroni and cheese three times a day, and Massimo [Justin Chambers] does that in the movie. When I get full, I hike up my pant leg, and that’s one of Steve’s quirks that Fran [Bridgette Wilson-Sampras] complains about, so we really tried to pull as much as we could from what was going on with us at the time,” Ellis revealed from his time writing the script.

Despite two major stars sizzling up the big screen as the leads, The Wedding Planner received fairly poor reviews from critics. The movie was only given an average rating of 3.9 out of 10 and a critic from Entertainment Weekly compared it to the Julia Roberts film My Best Friend’s Wedding, writing,  “Where Julia Roberts turned the world on with her huggability, Lopez’s vibe is that of someone afraid to get mussed. And where Rupert Everett was divine as a sidekick, McConaughey is mortally ordinary as a main dish who spends most of his time smiling like a party guest.”

Despite being panned critically, The Wedding Planner was definitely a hit with fans! When the filmed premiered on Super Bowl weekend in 2001 it grossed more than $13 million and opened at number one at the Box Office. During its run in theaters, the film grossed $60,400,856 domestically and earned a worldwide total of $94,728,529!

Watching the film back, fans might see a familiar face who at the time was an unknown. Justin Chambers best known for his long-running role as Dr. Alex Karev on Grey’s Anatomy co-starred in The Wedding Planner as Massimo, the man competing for the affection of Jennifer Lopez’s character, Mary. Interestingly enough, in the beginning of the movie Mary’s friend Penny asks her why she isn’t interested in Massimo and Mary explains that when they were children Massimo spent a whole summer asking her if she “had a vagina.” Penny then responds with, “maybe he wanted to be a doctor.” Little did they know Chambers’ biggest role of his career would be playing a doctor on Grey’s.

1. Having a Stunt Woman

At the time that Jennifer Lopez filmed The Wedding Planner, she had only been in a few films and had never starred in a romantic comedy and was excited to take on the new challenge, even if it included riding horses, which was much more difficult than she expected. “I grew up in the Bronx, and we hardly ever had horses,” Lopez explained. “Actually, we never had any horses. It was a new thing for me. I had been on a horse once, but it was an old, old one and it barely moved. This time it was really hard. The pointing of your feet and the way you have to keep your knees … I thought it would just be like ‘Giddyup!’ Luckily, they had a stunt woman for the hard parts.”