Grey’s Anatomy: All The Seasons Ranked From Worst To Best 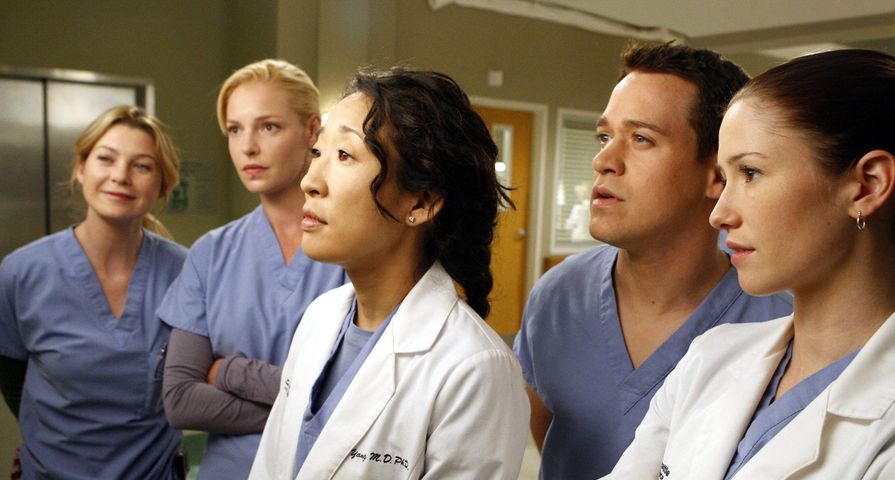 For nearly 14 full seasons, Grey’s Anatomy has been taking fans on a wild ride of highs and lows, great romances, and tragic goodbyes — and right now there is still no word on when the show will be ending. Each season has offered something new to fans, but it all circles back to some central characters and major storylines, and after so many seasons it isn’t surprising that not every season has been spectacular. It is hard to remember everything that has happened at Seattle Grace/ Seattle Grace Mercy West/Grey Sloan Memorial Hospital over the years, so take a look back at all of the seasons so far ranked from worst to best:

Season four of Grey’s Anatomy ran from September 27, 2007 to May 22, 2008 and marked the beginning of major cast changes for the series. Although the season provided some very memorable episodes and included the introduction of Meredith’s half-sister Lexie, it lands at the last spot on this list because the writer’s strike that year cut the season short. Along with some of the good things from the season such as Derek and Meredith getting back together and Meredith’s grand gesture of building the candle house, it also included the cringe-worthy George and Izzie hookup. Season four of Grey’s wasn’t completely awful but ultimately fans will never know how much better or worse it would have because it never had a full episode slate like the rest of the seasons.

The tenth season of Grey’s Anatomy had fans reeling from the fallout of the super storm which saw the death of Heather Brooks, the recovery of Dr. Webber and a strained relationship between Cristina and Meredith. Overall, the season left fans feeling disappointed and empty with storylines that made us roll our eyes. From Miranda Bailey’s random OCD (which is not something that simply comes and goes) and Jackson and April finally realizing they want to be together and running away at April’s wedding to Matthew, it was one of the worst seasons because at the end everyone had to say goodbye to Cristina Yang. After 10 seasons, Grey’s had begun to lose even some of its most passionate fans and with Sandra Oh’s character being one of the strongest components of the series, the loss of her cut deep for longtime viewers who had hung on.

Most were disappointed in season thirteen of Grey’s Anatomy because of the lackluster mid-season premiere which proved that the season really wasn’t going to get any better. With so many fans wondering if it was time for the show to finally come to an end, season 13 did nothing to encourage them that Grey’s could still be as good as it once was. Alex Karev’s character change was especially frustrating, as he was sent to jail and demoted and on top of that fans had to deal with the ridiculously annoying and frustrating Maggie-Riggs-Meredith love triangle. Needless to say, the fire destroying the hospital at the end of the season was a good representation of how fans felt about season 13 once it finally came to an end.

Season eleven is still a sensitive subject for fans of the show because of all the emotional trauma they were put through. Airing from September 25, 2014, to May 14, 2015, season eleven was the first one in which Cristina was not present and while dealing with that change, problems arose between Meredith and Derek and it was the last thing anyone wanted to see. Although the season offered more variety than some of the others which had seemed to have plateaued, season eleven is hated because it is surrounded by tragedy including Jackson and April’s son dying moments after birth, Meredith and Derek fighting, and Callie and Arizona’s marriage falling apart. Of course, season eleven also includes one of the biggest moments of the series of all time which is, of course, the tragic and shocking death of Derek Shepherd. The season certainly kept audiences on the edge of their seats but was too devastating to be remembered as one of the best seasons.

After having to take in the shock of Derek’s death at the end of season eleven, season twelve meant everyone had to adjust to Grey’s Anatomy without him, and it wasn’t easy. Although the loss of the major star was difficult, it opened up new doors and allowed some freshness to be given to the character of Meredith as she navigated her life without both Cristina and Derek. This led to her new closeness with Karev and their friendship has now become a highlight of later seasons. Unfortunately, overall season twelve was marred by the loss of Derek, Meredith’s attack, and sexual politics which included Bailey struggling to be a working mother and Callie following Penny to New York after an exhausting legal battle for Sofia.

The seventh season of Grey’s Anatomy was an interesting one which again saw a lot of heartbreak, but also offered glimmers of hope. The highlights of the season were the characters coming together in the aftermath of the hospital shooting and Cristina and Owen getting married, but what made season seven not so great was yet another Meredith and Derek fight in which Derek left Meredith for lying about the Alzheimer’s Trial. While Meredith and Derek’s drama is what initially drew a lot of fans to love Grey’s Anatomy, by season seven their relationship had matured and the regression was disappointing and frustrating for those who had seen them come this far. Of course, the season did offer another new and exciting storyline which was Cristina’s pregnancy, and good or bad, any Cristina-centric storyline is known to elevate the season at least a little bit.

For any show to go on for nine seasons is an incredible feat, but to keep viewers just as interested with twists and turns they never saw coming is another challenge all in itself. Season nine was one of the better Grey’s Anatomy seasons, but also without a doubt one of the most tragic of all which lands it at number seven on this list. Season nine focused on the aftermath of the shocking season eight plane crash which changed the lives of many of the characters forever. The season began with the surprise and intense sadness of the deaths of Mark and Lexie, Meredith’s pregnancy, and dealt with how the loss of Arizona’s leg caused issues in her relationship with Callie. There were so many highs and lows, it was hard to keep up with it, but what makes the season strong is that it went out as powerfully as it came in with the super storm that knocked out power in the hospital and left Richard electrocuted in the basement in the season finale.

Most Grey’s Anatomy fans will agree that the earlier seasons of the show were the best and that includes season three. Obviously, season three ranks one spot higher than season nine because, instead of the heartbreaking goodbye fans had to endure in season nine, season three was their first introduction to the beloved character of Mark Sloan. The season included many exciting storylines such as Richard announcing his retirement which incited a competition between the top surgeons and George, and Callie getting hitched in Vegas. While it was undoubtedly a strong season, there were some issues with season three, such as when Burke left Cristina at the altar and Meredith almost drowned after the ferry boat crashed. Burke leaving Cristina was heartbreaking and shocking, but Meredith’s drowning ranks as one of the most hated and most annoying Grey’s moments of all time, dragging the season down just a little bit.

The fifth season of Grey’s Anatomy was when the series was at some of its very best. It had been on long enough to have established itself and its characters but was still new enough that it was shocking fans with storylines they never saw coming. There is no doubt that season five is remembered because it had viewers constantly on the edge of their seats as Izzie battled brain cancer and finally married Alex, not to mention season five also gave us Meredith and Derek’s engagement! Unfortunately, season five also included George signing up to become a trauma surgeon in the army and it was hard to let one of the original and most beloved characters go.

Enough credit can’t be given to season one of Grey’s Anatomy. It had been a long time since TV audiences had seen a show with such a fantastic cast with great chemistry and brought new life to the idea of TV medical dramas. Patrick Dempsey, Ellen Pompeo, Sandra Oh, T.R. Knight, Katherine Heigl, Justin Chambers and many more pulled viewers into not only the world of Seattle Grace but their complicated personal lives intertwined with it. There were only nine episodes in the first season which made it considerably shorter than all of the other seasons, and yet in that time, it built the foundation for the TV powerhouse that Grey’s Anatomy has become. While the first season was good, there were even better on the way.

In all fairness, season six or season two could be switched up on this list and the argument would be valid. The sixth season was Grey’s Anatomy at its prime as it brought fans all the classic components that make the show great including shocking twists, romance, heartache, and tragedy. Although Izzie had survived her brain cancer, it saw her exit as she left Alex, and the season also brought the death of George. With the exit of some beloved characters, season six also brought major changes for the others as Seattle Grace merged with Mercy West, introducing new characters to fuel drama, and of course, Derek Shepherd was promoted to chief of surgery. Despite being one of the least acclaimed Grey’s to that point, it resonated with fans and the hospital’s shooting spree storyline ranks as one of the top most memorable Grey’s moments of all time, holding the season up above many of the others.

While the first season is what tells whether a series is going to be successful or not, it is season two which decides whether the series can continue its strength and season two of Grey’s Anatomy did more than deliver. The bombshell of Derek being married to Addison which was dropped at the end of season one picked right up in season two as the love triangle intensified, but season two also brought us one of the best Grey’s Anatomy romances and guest stars ever with Jeffrey Dean Morgan as Denny Duquette. Thirteen years later, season two is still the most memorable because of its major moments, but most importantly it gave characters big developments which really shaped the show and how fans felt about it moving forward. Without the progress that season two delivered, Grey’s would never have become the show that it is now.