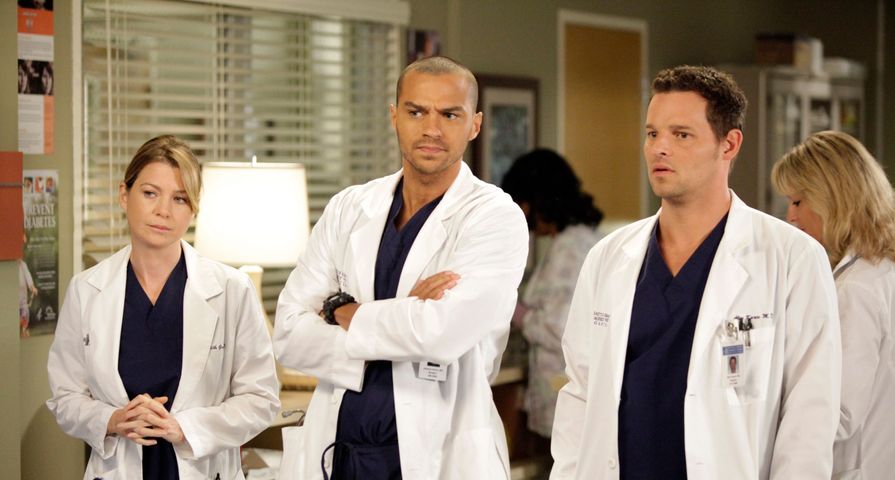 For more than 10 years, Grey’s Anatomy has brought fans more drama and jaw-dropping moments than they ever thought they could handle. Time after time, fans think it might be time to walk away from the show, but time after time they get sucked back in and now it is on to its 13th season. With more drama, and shocking twists surely to come in season 13, here are 10 small spoilers right from the stars of Grey’s Anatomy:

In many shows, including Grey’s Anatomy, they use the break in between seasons to jump ahead in time and start off far away from what the characters were dealing with in the last season’s finale. Fans who have seen the premiere already know that it picks off where season 12 left off, but Jason George who portrays Dr. Ben Warren revealed how adamant they were. “I was told all summer, don’t change anything about your look, come back exactly the way you left. And then when I got back for the table read, I found out they meant it. This is, like, minutes later,” he explained. “I’m telling everyone you need to go back and watch the finale so you’re up to speed. You don’t want to jump on a train already doing 70 miles an hour!”

Season 12 left off with a terrifying situation in which Alex severely beat up Andrew DeLuca, and many questions about what that meant for Alex and his relationship with Jo. As it turns out, there won’t be an easy fix for the couple. “Jo feels like her past puts not only her, but Alex too, in an extremely dangerous position,” Camilla Luddington who portrays Jo said. Of course, she still hasn’t told Alex that she is still wed to a man who had abused her in their relationship. “She was worried that if she told Alex, he would have a knee-jerk reaction and perhaps do something to make it worse for them both.” It also doesn’t help that seeing Alex so violent makes her rethink being with him. “There’s residual feelings about her own experience with physical violence in her home. Now she’s witnessing an assault again by someone she loves. Emotionally she’s in a very complicated place. She’s torn.”

After everything that has gone on with Alex and Jo, especially with her bombshell that she is still married, fans can’t help but wonder: will this ex show up? Luddington isn’t telling specifically, but it seems like there is a good chance. “That’s up to the writers to decide. However, Grey’s characters seem to have a hard time escaping their past.”

Fans are still dealing with the aftershock of the exit of fan favorite star Sara Ramirez as Callie Torres, but according to creator Shonda Rhimes she isn’t wasting any time in getting Callie’s ex-wife Arizona romantically involved again. “I’m very excited to introduce a love interest for her. And to get to tell a story with her that lets her be who she is, and to see who she is post the relationships that she’s had,” Rhimes said of Arizona’s storyline.

In a few seasons, April Kepner and Jackson Avery have already been through so much, and now the divorced parents have to work on co-parenting their new baby, but of course things are never that easy for the pair. “They’re going to have to really try to do this in a healthy way,” Rhimes said of their situation before adding, “Is that healthy way going to feel so healthy when they still have feelings for each other?”

5. Back to the Beginning

After so many seasons, and a revolving door of both main and recurring characters, there are only a few of the “original” stars left on Grey’s Anatomy. After so many seasons, Rhimes has decided to put more of the focus back on those characters in the 13th season. “There is going to be a lot of checking in with the original cast. We love them so much and there has been such a renaissance with the show that it’s nice to focus on the core pieces that have been there since the very beginning,” Grey’s star Caterina Scorsone revealed.

Without giving away too much, Caterina Scorsone, who portrays Amelia, revealed that there is going to a long running storyline that fans are going to get invested in right from the beginning. “Immediately on the tail of Amelia and Owen’s wedding there’s big explosive drama that’s happening right away. On Grey’s Anatomy, it could be a literal explosion, but in this case, it’s emotionally explosive. It’s going to be a key story this year that a lot of people are going to be interested in.”

Shonda Rhimes hinted that co-parenting between April and Jackson is complicated by the fact that there might be lingering feelings there, but Sarah Drew, who plays Kepner, revealed they haven’t ruled out that the pair may be exploring other romances. “April is working. Plus she is 110 percent committed to work and 110 percent committed to her child. So I’m not sure how you throw in a getting-to-know-you dating relationship. But we’ll see. It will definitely lead to an interesting dynamic and potential conflict.”

With Derek out of the picture, expect the drama to amp up in Meredith Grey’s love life again. Last season, Meredith’s half sister, Maggie, revealed her feelings for Grey’s hookup Riggs and season 13 is going to see the love triangle continue. “The writers are definitely having a lot of fun with that dynamic,” Martin Henderson who portrays Riggs explained. “It’s dramatic, funny and sad all at the same time. I think it will take a while to work itself out as not everything is being put out on the table by all of the characters. It’s bound to get increasingly complicated.”

Season after season, Grey’s Anatomy fans always wonder if Meredith Grey will ever be able to be happy. Despite flashes of happiness, it doesn’t seem to last long in her life, and maybe after the death of Derek she has had enough, but according to Shonda Rhimes that is what Meredith’s character is all about, so don’t expect her fairy-tale ending, yet. “If Meredith Grey were 100 percent happy, the show would be over. So maybe when the show ends, Meredith can be fully happy, maybe. But, if she is, we’re done. The journey would have to end for her. That would be it.”