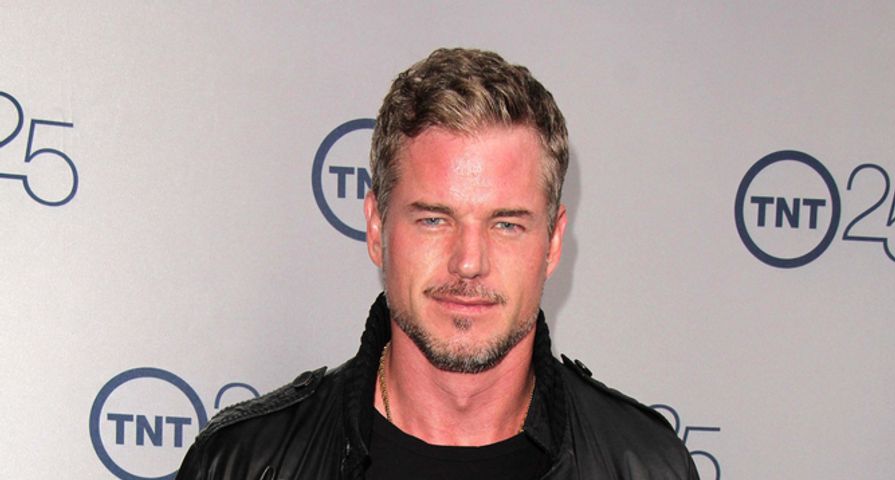 When most people think of Eric Dane, they immediately think of his character, Dr. McSteamy, on Grey’s Anatomy, but that isn’t necessarily fair. He’s branched out since he exited the show in 2012 and he’s managed to keep a pretty tight lid on his personal life as well. After some research, however, we’ve discovered several things that you probably didn’t know about the television star, so here ya go!

The Last Ship star’s father died tragically when he was seven years old. “He was a Navy man and ended up becoming an architect and interior designer. He was a troubled soul,” he told the Gulf Times. “He died of a gunshot wound. My grandmother thinks it was an accident. Everybody’s got a different opinion on it. My mother raised two kids.”

In 2009, a nude video of Dane and his wife Rebecca Gayheart and former Playboy model Kari Ann Peniche was leaked. Although no sex acts were performed, the three did prance around Peniche’s apartment naked, hang out in a hot tub and discuss their potential porn names. All of them seemed intoxicated and, at one point, Gayheart says that she needs to lie down because she’s “so high.” In response to the leaked video, Dane and Gayheart’s representative issued a statement to People: “This is simply a private, consensual moment involving a married couple, shot several years ago, which was never intended to be seen by the public. Although the participants are nude, the tape is not a ‘sex tape.’ It is a private tape made for only my clients’ personal use, and nobody has the right to exploit it. If anyone exploits the tape, they will be violating my clients’ rights and will be exposed to significant liability.”

He became interested in acting in high school and moved out to L.A. in 1993. His first roles were small and in shows like Saved by the Bell, The Wonder Years, Roseanne and Married… with Children.

In 2011, the television actor entered rehab for a prescription drug addiction. He had reportedly become addicted to pain medication after suffering a sports injury.

During their marriage Dane was crazy about his wife, actress Rebecca Gayheart, who he had been married to since 2004, but the pair split in 2018, and their two daughters. “She gets prettier every day I wake up next to this woman. I’m not kidding. When you marry somebody, and that woman provides you with two beautiful little girls, you just automatically become prettier and prettier,” he said.

His eldest daughter Billie Beatrice has no idea what he does for a living. In fact, she thinks he’s a mechanic! “Our eldest, Billie, thinks I’m a mechanic because I walk around the house fixing things and putting her toys together. I told her, ‘Daddy’s going to work on a ship.’ She thinks I’m repairing it,” he told Parade magazine.

Eric was dating Lara Flynn at the same time that Jack Nicholson was and it looks as though she ended up choosing Jack over him. “The guy’s a colossal personality and I’m sure he’s charming, and I bet she had a lot of fun with him, but my take on the whole thing was, I’m 30. He’s 70. This is not going to go down like this,” he told Elle. “I couldn’t comprehend a 35-year-old woman gravitating toward a 70-year-old man.”

The former Grey’s Anatomy star and his ex-wife Rebecca Gayheart introduced Brooke Mueller to Charlie Sheen in 2006 and they attended the doomed couple’s wedding back in 2008.