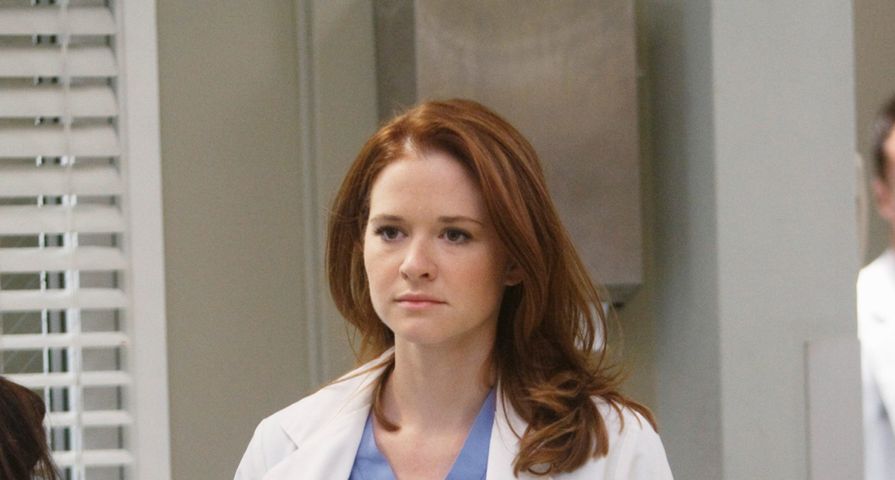 Shonda Rhimes has a true talent in the entertainment industry and it is obvious why “Shondland” now dominates primetime television spots. Her unbelievably intriguing shows get fans hooked and her characters are almost flawless, but as is the case with every show, not every character can be a hit. Since it has been on for twelve seasons, and has confronted fans with numerous shocking character deaths and exits, it is not surprising that Grey’s Anatomy has had a continuous stream of different characters thrown into the mix. The heavy drama of the show have turned even the best characters annoying at times, while others were just always that way.

She may be the star of the show and most times is the best person to watch, but over twelve seasons, Meredith Grey has proven she is also pretty annoying at times. Her character is prone to whining… a lot, and while she has had a few things to whine about, it has also gotten out of hand with her once or twice, and in earlier seasons, it became exhausting to hear her constantly state just how “dark and cloudy” and broken she is as a person. Every time things didn’t go her way, particularly with Derek, she blamed it on being some misunderstood woman, and that too got old quick. By all means, she is still amazing, but there are just some times when she is hard to take.

At first Preston Burke was one of the most intriguing characters on the show, not to mention his relationship with Cristina Yang had fans hooked. While things started off okay with the character, his attitude became annoying, and his overbearing nature was also hard to handle, especially when he was with someone as confident and independent as Cristina. Of course, the worst part about him was when he left Cristina at the altar, for someone so logical and meticulous this move was cold and unnecessary.

Nurse Eli didn’t have a huge part in the show, but during his stint he enduced probably more eye-rolls than most other characters combined. Eli was introduced as a love interest for Miranda Bailey after she broke up with Ben, and are fans ever happy that it was short-lived because Bailey still wasn’t over Ben. Eli was too cocky and tried too hard to prove his dominance over Bailey, spewing some gag worthy lines such as, “Outside the hospital, I’m the man. I am the man […] and that is not going to stop me from taking you home to my bed and showing you what kind of man I am.” Dude was mad that Miranda had so much power within the hospital, and was a strong, opinionated woman, and the fact that he couldn’t just let her have that was very annoying.

Poor George O’Malley. He had a really rough love life, and while some found him annoying, a lot of it had to do with his partners, and one of the worst was Olivia Harper. It might not be the most reasonable explanation, but there was just something about her face that made her hard to like, and then of course was the fact she was basically just used as the linchpin for a plot device about all of the sex going on in the hospital. George was so happy and he really liked her, only to learn that not only had she slept with Alex Karev, like so many other women in the hospital, but she also had syphilis. It was just one thing after another with her!

Fans of Grey’s are pretty split on Arizona, but one thing that can be agreed upon is that her character drastically changed following the plane accident. Of course being involved in such a traumatic event and losing your leg will change you, unfortunately it was dragged out way too long and Arizona became just another whiny, repetitive and annoying character. She also cheated on Callie, further proving the point that Shonda Rhimes never wants anyone to be happy.

Resolutely one of the worst characters on the show, it was hard to like Erica Hahn right from the start and that never got any better. She always wanted to make it seem like she was better and smarter than everyone else, and for the most part treated everyone poorly. A strong female character is always welcome; however, Hahn tried too hard and in the process lacked chemistry with pretty much everyone which was assumed to be one of the reasons she was let go from the cast.

Shane Ross was one of the most awkward characters on the show and no one knew how to feel about him. He was extremely awkward, didn’t seem to know how to respond to social situations and then wound up as a hook-up for Cristina Yang in one of the most uncomfortable couplings on the show. Then there was the whole situation surrounding Heather’s death, which clearly wasn’t his fault, yet was dragged on for the character over and over again.

Izzie definitely had her moments where you were on her side, but her character was all too often resorted to being in the middle of some messed up storylines. After so many opportunties to act on her feelings for George, it was unbelievably annoying that it happened during his marriage to Callie, which then ended. To make it worse, she and George had no sexual chemistry and didn’t work out either. Her personality traits did nothing to make the character any more likeable, including the fact she seemed to relish in creating drama, feeding gossip, and she never seemed like a reliable surgeon making many wonder after a couple seasons, “what is she doing here?”

Leah was the worst. As a character, she was kind of bland and like Olivia was more of a plot device. She added absolutely nothing to the show except someone no fan could like and with that a lot of drama. First, Leah was completely obsessed with Alex, but after that ended, she was looking for someone else to give her attention, and that happened to be Arizona. Leah continually disrupted people’s lives and was clearly unstable and should have been seeking help for herself. Not only was she annoying, her storylines were annoying and her exit from the show couldn’t come soon enough.

While a lot of the other characters mentioned were annoying, at least in part, because of their forceful nature, the opposite is true for April Kepner, which arguably made her character worse. At first, Kepner wasn’t so bad and was very different than most other personality types explored on the show, but she quickly became overbearingly annoying. She was resolute in her faith, but it took almost nothing for those beliefs to deteriorate, yet any time anything came up, she used her faith as an argument. It was always the same innocent, naive storyline for her, making her always seem spineless and weak, and it made no sense why two such amazing guys would be so head over heels for her.