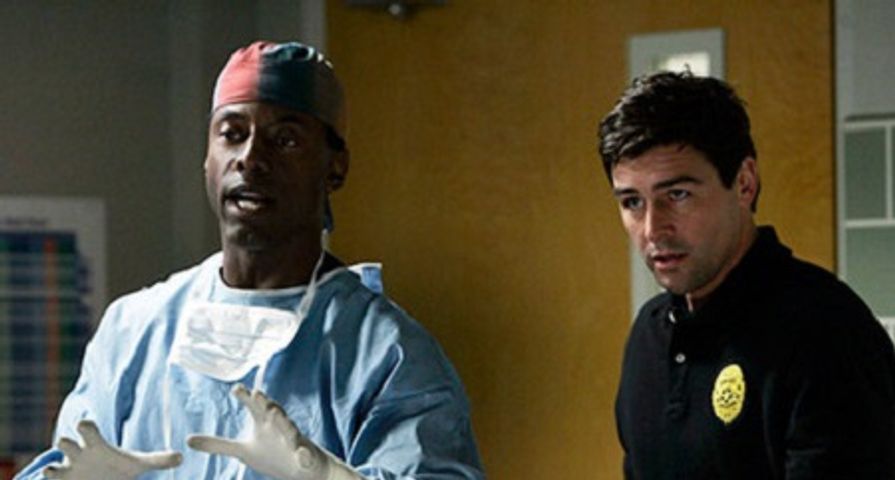 With twelve seasons, a huge fanbase and as the medical drama that basically spawned a new genre of medical shows, Grey’s Anatomy has caught the eye of many people. Throughout the years the major cast has rotated in and out, helped along by the numerous shocking deaths creator and writer Shonda Rhimes inflicts upon audiences, and with different patient cases almost every episode there have been many opportunities for several actors and actresses, and other celebrities to make appearances in the show. Sometimes stars appear in popular shows before they are really famous, and sometimes they request to be on the show because they are personally fans. Either way check out 9 of the best celebrity appearances on Grey’s Anatomy.

Back in Season 6 in the epsiode “Holidaze,” actress Danielle Panabaker appeared as a patient who required heart surgery. At the time of her appearance in 2009, Panabaker was a recognizable young actress having appeared in many shows and a few films. Looking back on the episode now however, Panabaker is a much bigger star having had roles on Justified and Arrow and now stars on the CW hit The Flash.

Fans of the show Friday Night Lights were excited to see actor Zach Gilford on Grey’s Anatomy in the Season 5 episode, “Here’s to Future Days.” Gilford appeared as a soldier who has a pain so bad in his leg, he simply asks the doctors to amputate it, so he can get a prosthetic one and return to duty. His character Charlie is what inspired George to join the army, which we all know led to his death by jumping in front of a bus to save a woman before he was to ship out.

Mae Whitman appeared for a two part episode way back in Season 3 as Heather Douglas, a young patient with VATER syndrome. Her condition is so bad that she walks at a 90-degree angle, and is befriended by Izzie who donates a part of her $8.7 million inheritance from Denny to pay for Heather’s surgery after her insurance company won’t cover it. Whitman’s star has really risen since the spot on those show, as she has appeared in both films and series such as Scott Pilgrim vs. the World, Arrested Development, Parenthood and The DUFF.

Now, everyone recognizes Theo Rossi as Juice from the hit show Sons of Anarchy, but before gaining recognition on that show, he too was on Grey’s Anatomy for a two part episode in Season 4. Rossi portrayed Stan Giametti, a paramedic whose emergency vehicle gets into a serious accident. As a result, he is crushed from the waist down but instead of wanting the doctors to help him, he tells them to save his partner who has an oxygen regulator embedded in his back. As a result of his action he manages to save his partner’s life before he dies.

Christina Ricci only appeared in two episodes in Season 2, but her role was pivotal to one of the most intense storylines the show has produced. In “It’s the End of the World” and “As We Know It,” Ricci portrayed Hannah Davies, a young paramedic who ends up having her hand holding a bomb that is inside a patient. She is unable to move while the bomb squad figures out a plan until eventually the pressure is too much and she runs out, leaving Meredith as the one with her hand on the bomb.

Singer Demi Lovato really surprised fans with her turn on Grey’s in the Season 6 episode “Shiny Happy People.” In the episode her character Haylie Mays is a suspected schizophrenic after she tries to claw her own eyes out and threatens to stab herself in the heart with a syringe. Alex comes to her rescue, however, after thinking there might be something else wrong, and tests revealed she had a small hole in her inner ear, amplifying sound and causing great pain. The former Disney star proved her acting skills were still on par after turning mostly to music following her Disney years.

Theo Rossi wasn’t the only star to make an appearance in the Season 4 episodes “Crash Into Me: Part 1 and 2,” as well known actor and comedian Seth Green had his own storyline embroiled in the show. Green appeared as Nick Hanscrom, who had a tumor removed from neck which resulted in him having very little covering his artery. As is common for Green, he played an optimistic, happy-go-lucky guy, and focused on flirting with Lexie even in his extreme situation. Unfortunately, after laughing a little hard, the artery burst and he eventually died after efforts to save him from blood loss failed.

The intense bomb-scare episodes welcomed not only Christina Ricci into the mix at Seattle Grace, but another Friday Night Lights alum as well. The one and only Kyle Chandler guest starred in the episodes and did what he does best, playing a tough yet reasonable bomb squad leader, Dylan Young. Dylan helps coach Meredith in staying calm with her hand on the bomb; however, as she hands the bomb over, Dylan is blown to pieces. His character was so popular that he was brought back after his death in Season 3 in the episodes “Drowning on Dry Land,” and “Some Kind of Mirace,” where he coaches Meredith in the afterlife to return to the living after she drowns. As always, he was amazing.

Actress and singer Mandy Moore had a 4 episode recurring role on Grey’s with two episodes in Season 6 and two episodes in Season 7 as Mary Portman. She first comes to the hosptial for a surgery, but that happens to be the day that Gary Clark rampages through the hospital. Mary ends up trying to help Bailey in saving Dr. Percy after Clark shoots him, and after surviving the traumatic day she returns to the hospital six months later for her surgery only to never wake up and is taken off life support.