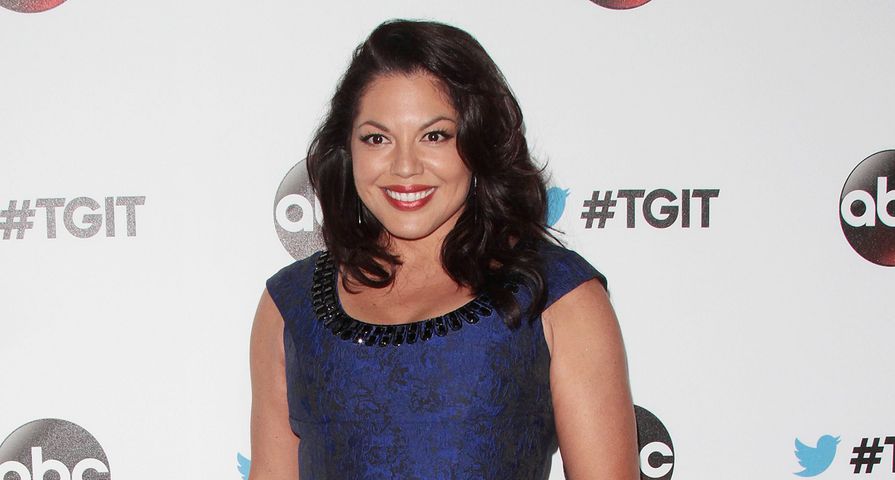 Sara Ramirez quickly became one of the best characters on the hit series Grey’s Anatomy as Dr. Calliope “Callie” Torres in the show’s second season. While that may be her most famous TV role to date, there is a lot more to the stunning actress and her experience in acting that fans aren’t widely aware of. She blew audiences away as Callie with all of the ups and downs and dramatically different storylines the character took-on, and sadly after 13 seasons, called an end to her career on Grey’s. She will be one of the most missed out of all the Grey’s characters that have exited the show, so get to know the star behind Callie Torres!

Ramirez was born in Mazatlan, Sinaloa, in the northwestern coast of Mexico on August 31, 1975. Her father was of Mexican ancestry while her mother was Mexican and Irish-American. When she was young her parents divorced so she and her mother relocated to Tierrasanta, San Diego. As a result of her upbringing she is fluent in both English and Spanish.

Ramirez took to performing early on and graduated from the San Diego School of Creative Performing Arts, after which she attended the prestigious Juilliard School of Drama and graduated in 1997 with her B.F.A.

Photo By A SAVIGNANO / REX FEATURES

She went to Broadway where she made her debut in Paul Simon’s The Capeman in 1998. She continued performing in several plays before being cast as the Lady of the Lake in the musical Spamalot for which she earned the 2005 Tony Award for Best Featured Actress in a Musical.

Aside from being extremely talented on the screen and on the stage, it turns out she is a sought-after voice actress as well. In 1998 she lent her voice to Lammy in the Playstation game UmJammer Lammy and her voice has also been featured on Dora the Explorer as Queen of Hearts and the hit children’s show Sofia the First as Queen Miranda.

As it turns out, she landed her TV breakout role as Callie Torres after top ABC executives raved over her performance in Spamalot. Ramirez stated on The Oprah Winfrey Show that they loved her so much that they told her she could have a role on any ABC show that she wanted. Being a fan of Grey’s, she naturally chose to be on that show and quickly rose as one of the series’ main stars.

After dating her longtime boyfriend, business and banking analyst Ryan DeBolt, for many years, the pair got engaged in Paris on June 17, 2011. They were engaged for only a year before marrying on July 4, 2012 in a small and private beachside ceremony in New York. “The connection was there very early on,” Ramirez stated of meeting DeBolt. “Pretty much when I first met him we both knew something on some very kind of spiritual level.” Of their wedding she said, “We had a very intimate ceremony with friends and family and there was so much love in that space, I can’t even tell you.”

Ramirez shocked fans after she confirmed that the season 12 finale of Grey’s Anatomy was her last episode, stating, “I’m deeply grateful to have spent the last 10 years with my family at Grey’s Anatomy and ABC but for now I’m taking some welcome time off. Shonda’s been so incredible to work for and we will definitely continue our conversations! I send my love to Ellen [Pompeo], the rest of the cast and crew, and I look forward to always being a part of the Shondaland family!” While Shonda Rhimes did nothing but praise Ramirez’s time on the show, she has stated before Ramirez’s exit that she has wanted to explore Arizona’s storyline without Callie for some time.

Although Grey’s is her biggest role, Ramirez had dabbled in screen acting long before getting the role. Most notably she appeared in You’ve Got Mail, Spider-Man and Chicago as part of the female ensemble.

Back in 2011, as the cover girl for the March issue of Latina Magazine, Ramirez revealed she had suffered from severe depression. She stated that at one point she could barely get herself out of bed to go to film Grey’s. “Somehow I managed to do it, but it wasn’t pretty. There were days that I would show up to work and come out the side of my face to people who didn’t deserve it.” In the interview she also opened up about the death of her best friend who she referred to as her “gay husband,” Al D. Rodriguez. “For about 10 or 11 years, up until he died, he opened my eyes up to accepting myself and loving myself. He would sleep with guys and I would do my thing, but we were going to grow old together.” She said, thankfully, a grief counselor helped push her through the toughest times of her life following Rodriguez’s death.

As it turns out her name isn’t actually “Sara.” Her first name is pronounced “sada” with the R pronounced as somewhere between the sound of a T and a D.