Home » Entertainment » Celebrities » Cast Of Veronica Mars: How Much Are They Worth Now?

Cast Of Veronica Mars: How Much Are They Worth Now? 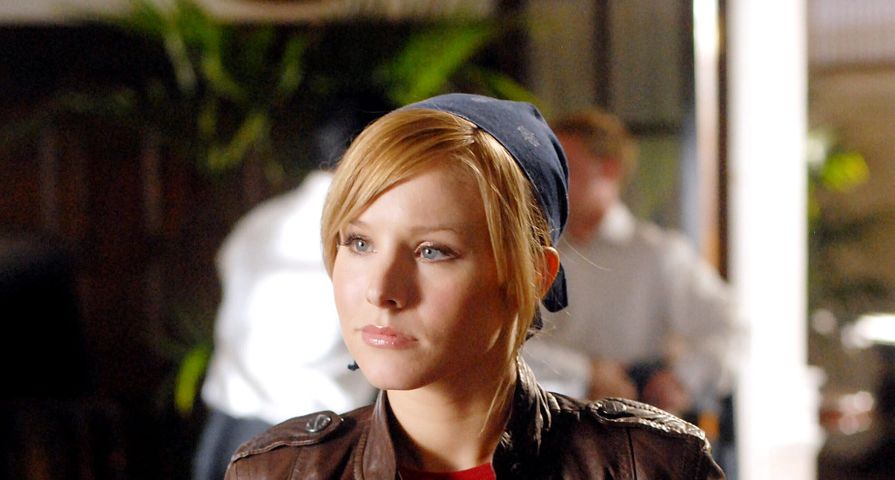 Veronica Mars was a teen mystery drama series starring fan favorite, Kristen Bell. The show only lasted for three seasons, but it was incredibly successful. The first seasons landed on many best lists and garnered several awards and nominations — it  even spawned a spin off feature film! The story of Veronica Mars came from a young adult novel which originally starred a male protagonist, but it was changed to a female to make the show more interesting. It’s been almost a decade since the show went off the air, so we’ve decided to take a look back at some of the main characters featured on the show and see how much they are worth now!

Estimated Net Worth: $1.5 million. Lately, Tina Majorino’s career has focused mainly on television with main roles in Camp Wilder, The Deep End, Napoleon Dynamite and most recently, Legends. She held recurring roles on Veronica Mars, Big Love, True Blood and Grey’s Anatomy. When it comes to the film industry, Majorino did most of her acting as a child star in films like When a Man Loves a Woman, Corrina, Corrina, Andre, Waterworld and Napoleon Dynamite. She’s also made a lot of television films. Her resume might not be stacked like some of the other actors on this list, but she’s had some pretty impressive and important roles on really popular series. Tina Majorino is now estimated at being worth $1.5 million.

Estimated Net Worth: $3.5 million. Michael Muhney is most well known for playing Sheriff Don Lamb on Veronica Mars and Adam Newman on The Young and the Restless. His career kind of took a dive when he announced on Twitter that he was fired from the soap series after acting in the role for five years. He hasn’t had much of an acting career since then, but in addition to his two main roles he’s appeared in series like ER, Boomtown, JAG, Charmed, CSI: Miami and Numb3rs. Despite his currently stalled career, Muhney is estimated at being worth $3.5 million!

Estimated Net Worth : $1.5 million. This actor doesn’t have a very extensive list of credits. He’s appeared in four films, The Manchurian Candidate, Jumper, Kill Theory and A Good Funeral. He’s only had one main role on television which was on Veronica Mars as Duncan Kane. He’s also appeared on popular series like Gilmore Girls, Grey’s Anatomy and CSI: NY. Today the majority of his net worth has come from his main role on Veronica Mars, but it’s paid off pretty well because he’s worth an estimated $1.5 million!

Estimated Net Worth: Unknown. Ryan Hansen has an extensive acting career. He’s had main roles in popular series like Party Down, Friends with Benefits, Bad Teacher, Bad Judge and Resident Advisors. When it comes to Veronica Mars, Hansen started out as a recurring character, but ended up becoming a main cast member for the last two seasons. In addition to these big roles, he’s appeared on shows like Ally McBeal, 2 Broke Girls, Parenthood, Grandfathered, Royal Pains and The League — just to name a few. Hansen hasn’t starred in any films, but he’s appeared in quite a few like Palo Alto, Friday the 13th, Hit and Run, Veronica Mars, Boy Band and Brother’s Justice. It’s surprising his net worth is largely unknown because he’s starred in quite a few shows, but he’s probably worth around $3 million.

Estimated Net Worth: $3 million. This Canadian actor is a veteran when it comes to television! He’s well known for his main roles on shows like Veronica Mars, Just Shoot Me!, Hope and Gloria, Person of Interest and a lead roles on Flashpoint and Remedy. He’s also done quite a few movies, his most notable have been starring in The Wrong Guy, Galaxy Quest, A.I. Artificial Intelligence, The Chaperone, Weather Girl, Sherman’s Way, Veronica Mars and Contagion. Colantoni also had prominent guest starring roles on shows like Bones, Stargate SG-1, Party Down, Numb3rs and Monk. Enrico’s had many starring and regular castings and it’s all paid off because he’s now worth an estimated $3 million!

Estimated Net Worth: Unknown. Francis Capra is best known for his portrayal of a young Colagero Anello in A Bronx Tale, Max Connor in Kazaam, and his main casting in Veronica Mars as Eli “Weevil” Navarro. Capra hasn’t starred in an television series or films since Veronica Mars, but he’s appeared in films like Blood and Bone, Black Irish and Crank. He’s also continued acting with appearances on popular shows like Bones, Touch, Blue Bloods, NCIS, Castle, Sons of Anarchy, Heroes, Friday Night Lights, Criminal Minds, Blind Justice and Closer — just to name some of the most recent. His career is most definitely still active, but he hasn’t starred in much lately which is probably why his net worth is largely unknown. He’s probably worth around $800 thousand.

Estimated Net Worth: $1.5 million. Jason Dohring is best known for his two main television roles — first as Logan Echolls on Veronica Mars and right afterwards as Josef Kostan on Moonlight. He hasn’t starred on anything since, but he’s had a few recurring roles on shows like Ringer, The Messengers and The Originals. Jason has also appeared on shows like Motive, Supernatural, Rules of Engagement, CSI, Party Down, Cold Case and Judging Amy. His film career is not as extensive with appearances in a few projects like The Squeeze, Veronica Mars, Searching for Sonny, The Deep Below, Deep Impact and Black Cadillac. Dohring has successfully maintained an acting career and he’s doing well for himself with an estimated net worth of $1.5 million.

Estimated Net Worth: $800 thousand. Percy Daggs III is best known for his roles as Wallace Fennel in Veronica Mars and starring in commercials for big products like Hot Pockets and Orbit Gum. Daggs has also done prominent guest appearances on shows like The Nightmare Room, The Guardian, NYPD Blue and Boston Public. His only main casting on television has been in Veronica Mars, but he’s appeared in a lot of shows like NYPD Blue, iZombie, Southland, The Guardian, Boston Public, Family Law and Freaks and Geeks. His film credits are low with appearances in Veronica Mars, Detention, American Son and Blue Hill Avenue. His resume is short with his only prominent role being on Veronica Mars, but he’s still worth an estimated $800 thousand.

Estimated Net Worth: $20 million. Kristin Bell is easily the most successful actor to have emerged from the Veronica Mars series. The show pushed her into the spotlight as her major breakout role and she hasn’t slowed down since! Once Veronica Mars ended, she got major roles on shows like Gossip Girl, House of Lies and currently stars on a new show called The Good Place. Bell has appeared on shows like Parks and Recreation, Unsupervised, Party Down, Heroes, American Dreams and Robot Chicken. Her film career has garnered her the most success with involvement in huge projects like the animated Disney film Frozen (which also boosted her singing career), Forgetting Sarah Marshall, Couples Retreat, Reefer Madness, Bad Moms, The Boss, You Again and Big Miracle. Bell has the ability to sing, and quite well! So she’s done a lot of theater work in productions like Hair, A Little Night Music, The Crucible and The Adventures of Tom Sawyer. Kristen Bell is also married to fellow actor Dax Shepard! It’s most definitely not surprising this talented actress is now worth a whopping $20 million!