Home » Entertainment » Celebrities » Cast Of Ugly Betty: How Much Are They Worth Now?

Cast Of Ugly Betty: How Much Are They Worth Now? 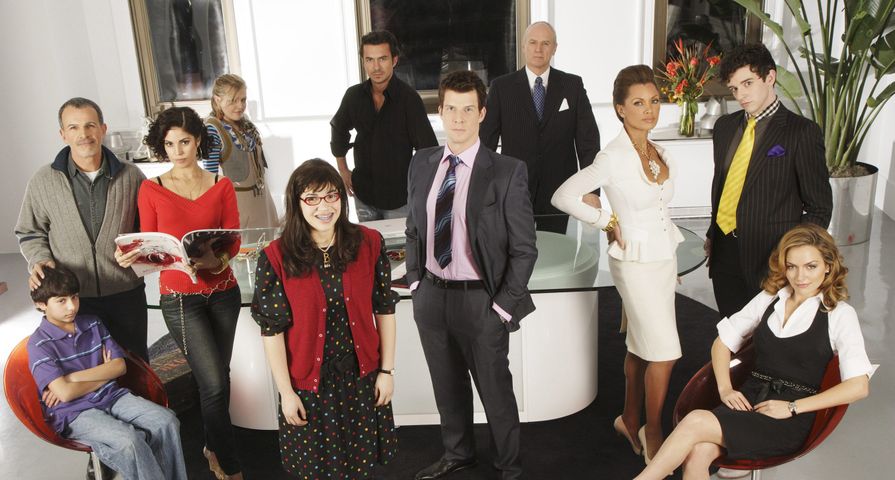 Ugly Betty was not given its fair shake on TV with only a four season run from 2006-2010 before ending. Fans were rightfully outraged by its cancellation, yet since the show’s ending has gained somewhat of a cult following that has been great for keeping the show alive in re-runs, and also for creating hope of an Ugly Betty movie. The writing was witty, fun and emotional and perfectly played out by a great team of actors and actresses. Now that it has been six years since the show ended, take a look at how the cast has fared since with this list of how much they are worth now!

Estimated Net Worth: $5 Million. Christopher Gorham was loved by Ugly Betty fans for his time as Betty’s loyal friend Henry Grubstick, appearing in 35 episodes overall. Gorham has had a lot of success on TV, appearing in series such as Party of Five, Buffy the Vampire Slayer, Popular, Felicity and more. Following the end of Ugly Betty, he has had continued success by appearing in Covert Affairs: Sights Unseen, Covert Affairs and most recently the series Heartbeat. All together he has done very well for himself with an estimated net worth of $5 million.

Estimated Net Worth: Unknown. Ashley Jensen has also had a pretty substantial career so far, which makes it surprising that her net worth remains unknown. She began acting in 1990 and has been in several TV series and TV movies including May to December, Roughnecks, Eastenders, City Central and Extras before starring as Christina McKinney for 66 episodes of Ugly Betty. She has since appeared in Accidentally on Purpose, Love & Marriage and Catastrophe and most notably lent her voice to the character Phlegma the Fierce for the hit animated film How to Train Your Dragon. With 58 credits to her name and continuous work she most likely has a very comfortable net worth built up.

Estimated Net Worth: $5 Million. Judith Light is a well known actress who began her career in the ’70s in theatre productions before moving on to Broadway. As roles ran out, she almost quit acting before her agent was able to successfully transition her to the small screen with One Life to Live. She has since appeared in many projects including Who’s The Boss?, The Simple Life, Law & Order: SVU and Ugly Betty as Claire Meade. She has since had small roles in other series including Dallas and most recently has starred in the hit series Transparent, all adding up to an estimated net worth of $5 million.

Estimated Net Worth: $28 Million. Vanessa Williams is well known in the entertainment industry as an singer, actress, producer and former beauty pageant winner, who has had  a lot of success in her acting career. Her first role was in 1984 on the show Partners in Crime which quickly turned into appearances on several more series and movies including 1996’s Eraser. For her role in Ugly Betty as Wilhelmina Slater, she was nominated for an Emmy, and went on to appear in Desperate Housewives and the ill-fated series 666 Park Avenue. She has most recently been seen on The Good Wife and Broad City and has a very impressive net worth of $28 million.

Estimated Net Worth: $1 Million. Mark Indelicato’s best known role so far has been as Justin Suarez, Betty’s nephew, in Ugly Betty. Prior to the role he appeared in a few single episodes of different TV shows and afterwards went on to appear in Hot in Cleveland, Madison High and White Bird in a Blizzard. Although he only has 10 acting credits to his name, he already has a net worth of $1 million.

Estimated Net Worth: $3 Million. Michael Urie got his breakout role as Marc St. James for 85 episodes of Ugly Betty and afterwards appeared in many shows including Partners, Hot in Cleveland, Modern Family and The Good Wife. He also made his way to Broadway and is the casting director for Plum Production. He has also produced some material and his wide array of work has landed him with an estimated net worth of $3 million.

Estimated Net Worth: $2 Million. Becki Newton started her career appearing in shows such as Cold Case, and Charmed and the film August Rush before landing the role as Amanda Tanen on Ugly Betty. She has since appeared on shows such as Love Bites, How I Met Your Mother and The Goodwin Games. Her most recent work has been lending her voice for a few episodes of the animated sitcom American Dad! and appearing on the series Weird Loners. While she only has 20 acting credits to her name, she is still doing well with an estimated net worth of $2 million.

Estimated Net Worth: $2 Million. Ana Ortiz has made a name for herself in the TV industry after beginning her career back in 1995. She appeared in shows such as Everybody Love Raymond, NYPD Blue, Over There and Boston Legal before starring as Hilda Suarez in Ugly Betty. Ortiz went on to appear in Hung, Black-ish, Marry Me,and Devious Maids, all adding up to a net worth of $2 million.

Estimated Net Worth: Unknown With 182 acting credits to his name, it is truly surprising that Tony Plana’s net worth remains unknown, but is known he has success in acting. While has been in many notable shows and films, he is best known for his role in Three Amigos!, Primal Fear, Goal! The Dream Begins, and of course Ugly Betty as Ignacio Suarez. He has since been seen in Desperate Housewives, The Fosters and Madam Secretary, just to name a few.

Estimated Net Worth: $3 Million. Eric Mabius has been in many films and TV series since beginning his career in 1995’s Welcome to the Dollhouse. One of his best known roles came early in his career after appearing in the 1999 cult classic film Cruel Intentions before moving on to other films and series such as Party of Five, Resident Evil, The O.C., Eyes, The L Word and Ugly Betty as Daniel Meade. He has continued acting and has most notably been in Signed, Sealed, Delivered and Chicago Fire. Mabius now has an impressive net worth of $3 million.

Estimated Net Worth: $8 Million. Last but not least is the star of the whole thing, America Ferrera. Before her major role as Ugly Betty, ferrera was well known for starring in Real Women Have Curves, The Sisterhood of the Travelling Pants and Lords of Dogtown. She has since lent her voice to the hit film How to Train Your Dragon and appeared in Christine, The GoodWife, Superstore and lent her voice to the How to Train Your Dragon spin-off TV series, Dragons: Riders of Berk. All together, Ferrera is sitting comfortably on an estimated net worth of $8 million.