Home » Entertainment » TV » Cast Of That ‘70s Show: How Much Are They Worth Now?

Cast Of That ‘70s Show: How Much Are They Worth Now? 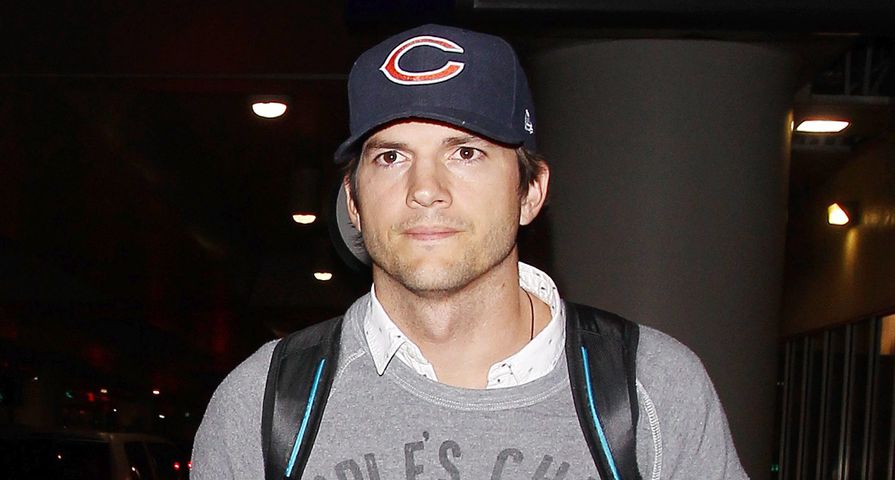 While it was on air, everybody loved That ‘70s Show. It showcased an original cast of fun loving teens who were inseparable and hilarious in their own sort of way, along with Eric’s parents who happened to be a Korean war veteran father, and the lovable, bubbly mommy, Kitty. The show was so popular it even inspired That ‘80s Show, which to everyone’s dismay, wound up being a massive flop! The young cast members experienced a lot of publicity while on the show, but many of their careers took some interesting turns afterwards. This list takes a look at just how much the cast of the classic show are worth today:

Estimated net worth: $10 million. The star of the show had slightly different plans for himself than the cast and crew of That ‘70s Show, and he left the show at the end of the 7th season to pursue his film career. The writers wrote his character out of the storyline, but he was nonetheless mentioned in every episode of season 8, and returned for the series’ finale. He had some fairly substantial film roles in movies like Traffic, Mona Lisa Smile, Win a Date with Tad Hamilton, In Good Company, and Spider-Man 3. He briefly disappeared from the big screen to take his turn on Broadway in “Lonely I’m Not.” He’s kept busy over the years and it shows! He’s reportedly worth an estimated $10 million.

Estimated net worth: $55 million. Who could forget Jackie Burkhart? Mila delivered such an unforgettable audition for That ‘70s Show, producers gave her the role despite only being 14 (production had specified actors must be over 18). Mila reportedly told them that she would be 18 on her birthday…but didn’t specify which one. Her unique style has kept her in business ever since! Mila provides the voice for Family Guy’s Meg Griffin, and she has starred in many successful films including Friends with Benefits, Ted, Black Swan, and Bad Moms. In 2012, Kunis began a relationship with her former co-star, Ashton Kutcher. The couple married in 2015 and have a daughter together, Wyatt Isabelle, and a son, Dimitri.

Estimated net worth: $200 million. Turns out Aston Kutcher isn’t much like his dimwitted character Michael Kelso from That ‘70s Show. Kutcher worked on the series for its entire run and simultaneously appeared in films such as Dude, Where’s My Car? and The Butterfly Effect. He also had his own prank show on MTV called Punk’d and started a production company known as Katalyst Films. His most recent gig was on the show Two and a Half Men, where he reportedly made $800,000 per episode. Ashton managed to become the highest paid actor on television despite being a college dropout that started his career as a pretty face for Calvin Klein. He even invested in start-up tech companies! Hence, the $200 million!

Estimated net worth: $16 million. Good ol’ Hyde started his acting career as a wee little pup alongside his brother Christopher. Danny appeared in more than 100 commercials by the time he was 16! He also appeared on other television shows like Cybill and Party of Five. In 1999, he picked up DJing as DJ Mom Jeans and now he works clubs all around Los Angeles. He is the owner or partial owner of at least 11 restaurants across the US, including the Los Angeles restaurant, Dolce, that he owns with co-stars Wilmer Valderrama and Ashton Kutcher. He is also an avid poker player, and along with his brother and former co-star, Laura Prepon, invested in Card Player Magazine.

Estimated net worth: $12 million. Best known as Donna Pinciotti, Laura Prepon has gone on to other ventures since the end of the series at season 8. She has remained on the television circuit, appearing in shows such as Orange is the New Black, How I Met Your Mother, Medium, and October Road. Prepon has also done voice-over work on shows like American Dad and King of the Hill. She dated fellow Scientologist and That ‘70s Show guest-star, co-star Christopher Masterson for 7 years, but the couple split in 2007 and now she’s engaged to actor Ben Foster and together they have one child, a daughter, born in August 2017.

Estimated net worth: $18 million. According to Celebrity Net Worth, Wilmer is worth $18 million! He played the lovable “foreign kid” Fez on That ‘70s Show and landed the part when he was still a senior in high school. When the series ended, he bought the ’69 Oldsmobile Vita Cruiser used in the show for $500. He also starred alongside Freddie Prinze Jr. and Jessica Biel in Summer Catch. He hosted the short-lived MTV show Yo Momma and attempted a music career with the single “The Way I Fiesta.” His BFF status with Ashton Kutcher has landed him appearances on Punk’d and a spot as co-owner of Dolce restaurant in Los Angeles.

Estimated net worth: $5 million. Debra Jo Rupp has earned her fortune acting on Broadway and in television shows like That ‘70s Show, Friends, and Kate and Allie. She made her film debut in the movie Big with Tom Hanks and has since been in many more movies including Garfield, She’s Out of My League, and my personal favorites, Air Buddies, Spooky Buddies, and of course Super Buddies. While filming That ‘70s Show, Debra’s hair became so damaged from all of the styling after the first season, that she insisted she wear a wig for the rest of the series.

Estimated net worth: $10 million. Kurtwood is no stranger to acting. He started his career in the 1970s where he worked regularly with the California Actors Theatre. Many of his roles have been associated with the sci-fi genre including RoboCop, Star Trek VI: Undiscovered Country, and Star Trek: Deep Space Nine. Interestingly, he played Eric Forman’s father on That ‘70s Show, and also played the father of a patient treated by Dr. Eric Foreman on House M.D. Coincidence…I think not!

Estimated net worth: $5 million. Don Stark was perfect for the role of Bob Pinciotti, who he played for all 8 seasons of the show. He has earned his money by co-producing episodes of shows like Friends and appearing in all sorts of television shows including Supernatural, Curb Your Enthusiasm and American Horror Story. He has also been in films like Time Cop and Star Trek: First Contact and has an extensive background in bodybuilding, martial arts, and dancing.

Estimated net worth: $10 million. Bond girl Tanya Roberts hung up her acting boots in 2006 after the passing of her husband, Barry Roberts, but she has nonetheless appeared in over 41 on-screen productions. She began acting on Charlie’s Angels in 1980 until its cancellation and was also in films including Sheena, Night Eyes, and Sins of Desire. She’s done well for herself! She’s worth a reported $1o million!

Estimated net worth: $1 thousand. Lisa Robin Kelly played the role of Eric’s sister Laurie on That ‘70s Show for five seasons until issues with alcohol caused her to leave the cast. She was known for her roles in films such as Payback and Amityville Dollhouse and television shows like The X-Files and Days of Our Lives. She died tragically in 2013 due to “multiple drug intoxication ingested orally” at the age of 43.