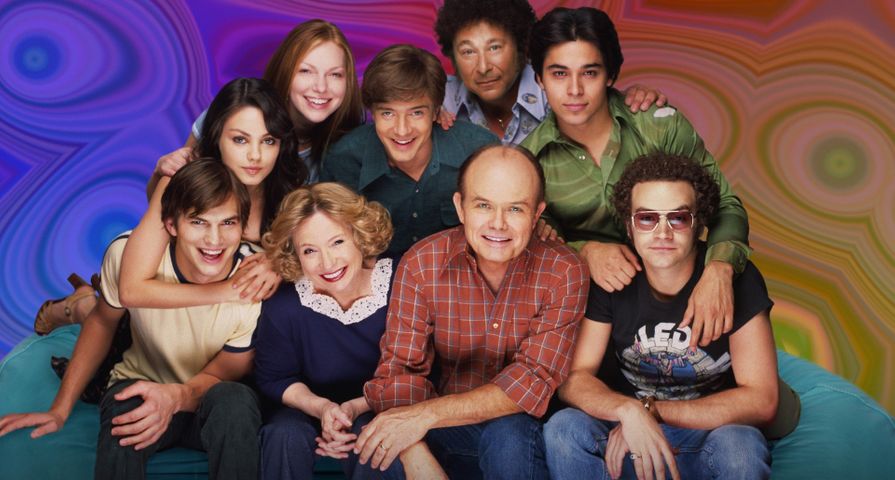 For those unfamiliar That ’70s Show is a Fox sitcom that follows the adventures of a group of friends growing up in the 1970s suburban Wisconsin.  This show launched the careers of Mila Kunis, Topher Grace, Ashton Kutcher, and Laura Prepon and launched a huge fanbase of all ages thanks to the humor and wit provided by every character. That ’70s Show ran for eight seasons from 1998-2006 and is still a syndication darling as re-runs must be watched whenever possible. Based in the ’70s, aired in the early 2000’s and packed full of comedic gems, we know you love it so check out 10 Things You Didn’t Know About That ’70s Show.

Lisa Robin Kelly portrayed Eric (Topher Grace)’s older sister on That ‘70s Show in Season One, and then disappears in Season Two for reasons unknown.  In the Fifth Season she returns to the Forman household, and then leaves again in Season Six and Christina Moore takes over the role of Laurie.  Two years ago, Kelly died at the age of 43 from a drug overdose.

In the first season, Jackie claims Michael (Ashton Kutcher) could be a model, only to be shot down by Donna in the Season Two “Water Tower” episode.  When recruiting actors for That ‘70s Show, Kutcher was actually working as an Abercrombie and Fitch model.

8. Time Goes By Slowly in Wisconsin.

Mila Kunis (Jackie Burkhart) is 5’4” while her co-star Laura Prepon (Donna Pinciotti) is 5’10”.  To close the height gap while filming, Jackie is usually wearing heels in her scenes or the girls are sitting down.

Mila Kunis’ (Jackie) first kiss was onset with Ashton Kutcher’s character Michael Kelso.  About 25 years later Kutcher and Kunis are the proud parents of Wyatt Isabelle.  Too bad Kutcher had to marry a woman in her forties to realize he was in love with a girl from the seventies.

The name Fez is actually an acronym for Foreign Exchange Student, and the character is played by Wilmer Valderrama.  In the show, Jackie (Mila Kunis) constantly makes references to Fez being foreign.  However, Kunis was born in Ukraine and Valderrama is a native of the USA.  In the show, Fez’s home country is never mentioned.

Original titles of the show included “The Kids Are Alright” and “Teenage Wasteland” and if you think they sound familiar, it’s because they are both The Who songs.  Due to legal obstacles, the show was named “That ‘70s Show”.  However, all the episode titles for Season Six are The Who songs.  In addition, Season Five uses Led Zeppelin song names, and The Rolling Stones song titles were used in Season Seven.

To get the part of Jackie Burkhart, actress Mila Kunis lied about her age.  She told producers she would be 18 on her birthday, but didn’t tell them that she wouldn’t turn 18 for another 4 years.