Home » Entertainment » Celebrities » Cast Of Seinfeld: How Much Are They Worth Now?

Cast Of Seinfeld: How Much Are They Worth Now? 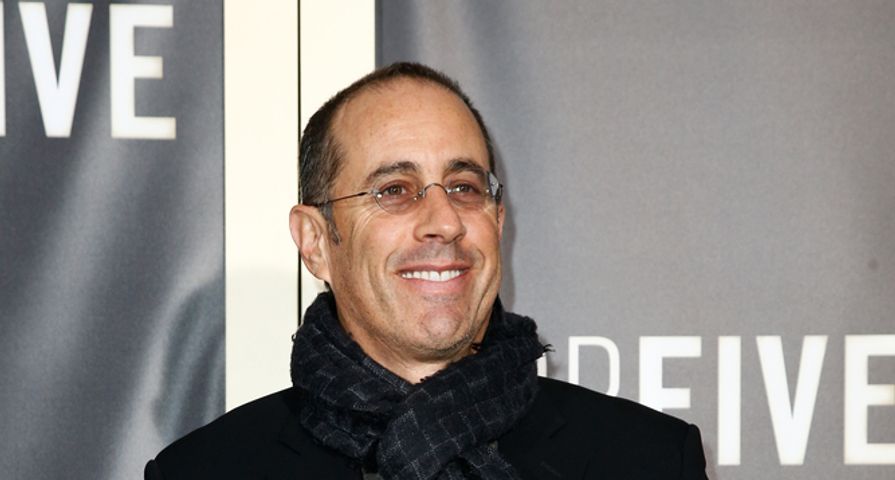 Seinfeld was one of the most successful and popular sitcoms of the ’90s. The NBC comedy was created by Larry David and Jerry Seinfeld, with the hilariously witty concept of Seinfeld starring as a fictionalized character of himself. The series ran for nine seasons and was well received by critics, won numerous awards, and yada, yada, yada, claimed TV Guide’s title as the “greatest television program of all time.” It’s been almost 20 years since the series ended, and it’s interesting to how far these actors have some since their time on Seinfeld. Check out this list to find out how much the cast is worth now:

Estimated Net Worth: $8 million. Wayne Knight began his acting career on Broadway and landed his first film role in the late ’70s. His career quickly escalated with more high-profile films like Dirty Dancing, Dead Again, JFK, Basic Instinct, Jurassic Park and To Die For. After conquering the film industry, he moved onto television and was cast in a few small shows before he landed one of the biggest roles in his career as Newman on Seinfeld. His career soon took off and he went on to appear in numerous other shows like Third Rock from the Sun, That ’70s Show, CSI: NY, Curb Your Enthusiasm, Nip/Tuck, Bones, The Exes and Hot in Cleveland. He has lent his voice to a huge number of projects like Toonsylvania, Hercules, Toy Story 2, Buzz Lightyear of Star Command, Kung Fu Panda, and The Penguins of Madagascar  — just to name a few! Wayne Knight has been able to maintain a fruitful career, both in front of the camera and behind it voicing the characters of our favorite films and television series, all of this has left him with an estimated net worth of $8 million.

Estimated Net Worth: $45 million. This American actor and comedian is widely recognized for his role as Jerry’s quirky neighbor, Cosmo Kramer on Seinfeld. His acting career didn’t begin until after serving two years in the army. In 1979 he got his first big break on a Billy Crystal cable TV special and became a series regular on ABC’s Fridays. Before starring in Seinfeld, he appeared in So I Married an Axe Murderer, Airheads, Young Doctors in Love, Problem Child, Coneheads, UHF and Trail and Error. In 1989 he began his role on Seinfeld and won more Emmy’s than any other cast member on the show. After the show finished, he starred in his own sitcom, The Michael Richards Show, but that was short lived and didn’t even last a full season. He went on to perform stand-up comedy, but his career fell apart when a video went viral of him voicing expletive racial slurs at an audience member. He was forced into retirement and has popped up for one or two jobs since, but nothing major. Despite his career fallout, Richards is still worth an impressive $45 million!

Estimated Net Worth: $50 million. Jason Alexander is so much more than just an actor, he’s also a comedian, producer, voice actor, singer and director. It’s no wonder his estimated net worth is so high! Alexander is well recognized for his role as the awkward, but lovable George Costanza. His career started in Broadway musicals, and he even won a Tony Award for Best Leading Actor in a Musical. Since taking on his role in Seinfeld, Alexander has appeared in over 50 films, produced music videos and directed Broadway shows, landed endorsement deals and made many, many guest appearances in television shows. His biggest film projects were roles in Pretty Woman, Shallow Hal, and The Adventures of Rocky and Bullwinkle. He’s also voiced a number of characters in projects like, 101 Dalmatians II…, Aladdin, Hercules, The Legend of Tarzan, and The Tom and Jerry Show — just to name a few. He’s also appeared in over 50 shows like, Curb Your Enthusiasm, Friends, Malcom in the Middle, The New Adventures of Old Christine, Kristie, and Criminal Minds. All of this hard work has earned Jason Alexander a comfortable $50 million.

Estimated Net Worth: $200 million. Julia Louis-Dreyfus is no stranger to wealth, she comes from old money and her father is an entrepreneurial billionaire. Despite all of this she’s done well to earn her own net worth. She began her career as a comedian on Saturday Night Live, which lead to her most critically and commercially successful role as Elaine in Seinfeld, for which she was earning approximately $150 thousand per episode! She has dabbled a bit in the film industry with notable roles in National Lampoon’s Christmas Vacation, A Bug’s Life, Hannah and Her Sisters and Enough Said. Her biggest success has been in television where she’s managed to become a well-respected actress and producer. Since Seinfeld she’s made appearances in shows, but her biggest success was producing and acting in Watching Ellie and The New Adventures of Old Christine. Her most recent show Veep has received lots of praise from critics and is currently one of the most popular comedies on HBO. Julia Louis-Dreyfus is most certainly one-of-a-kind and her talent has earned her an impressive estimated net worth of $200 million!

Estimated Net Worth: $400 million. Larry David is an interesting actor because in almost every role that he’s had on television, he’s appeared as himself. Some of these shows include Entourage, Hannah Montana, Totally Tracked Down, and Love & War. His huge net worth can almost entirely be credited to Seinfeld and Curb Your Enthusiasm — both of which he was a creator, writer and producer. He did the majority of writing for Seinfeld, alongside Jerry Seinfeld for which he was paid handsomely. Before these two shows he was also a writer for the series Fridays. When Seinfeld was sold to Columbia Tristar, it was reported that Larry was paid $650 million! Unfortunately, his net worth took a hit when he divorced his ex-wife Laurie, who he had to pay 50 percent of his net worth and any further income from both Seinfeld and Curb Your Enthusiasm. In addition to television, David has also been in a few films like Radio Days, New York Stories, Sour Grapes, Whatever Works and The Three Stooges. Thus, Larry David’s fruitful writing and producing career has earned him an enormous net worth of $400 million.

Estimated Net Worth: $800 million. Jerry Seinfeld was quite famous as a stand-up comedian for 15 years before co-creating the series Seinfeld with Larry David and then starring in it. Before Seinfeld, he regularly appeared on the Tonight Show and David Letterman as a comic. Jerry has admitted that his time as a writer and actor for the show Seinfeld took a lot out of him and since the show ended he’s basically retired. He still appears as himself on some shows, and was the executive producer for the reality series The Marriage Ref. He also wrote the book “Seinlanguage,” and the children’s book, “Halloween.” He co-wrote and co-produced the animated film, Bee Movie, which he also voiced the main character. He also directed the Broadway show, Long Story Short and created and hosted the web series Comedians in Cars Getting Coffee. It’s clear that he’s managed to stay busy over the years, but his income from NBC sitcom Seinfeld contributed greatly to his overall net worth. Today, Jerry is comfortable with an estimated net worth of $800 million.