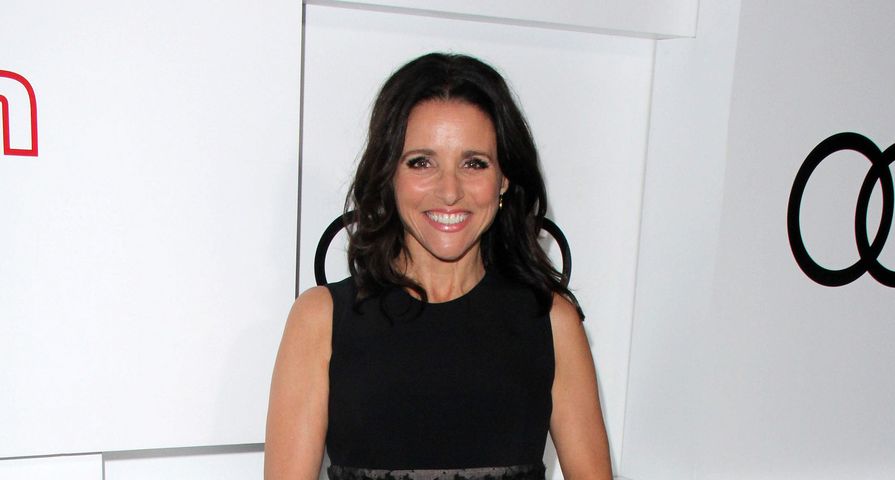 Julia Louis-Dreyfus is one of those actresses that is loved by everyone. Her career-changing role as a lead female character of Elaine on the widely successful sitcom, Seinfeld, shot her into stardom. Since then, Julia has never been shy about playing the role of a comedic leading lady. In fact, it’s what she does best. She’s a popular actress who we’ve been seen on screen for many, many years, but here’s a list of some things you probably didn’t know about the popular actress:

Before her acting career took off, Julia Louis-Dreyfus went to Northwestern University in Evanston, Illinois, where she studied theatre. While she attended school, she was part of an improv comedy troupe in which she was the only female member.

She met her husband, Brad Hall, when they were both undergraduates at Northwestern University. Hall is also an actor and a writer. The two married in 1987 and have two sons together, Henry and Charles.

7. Her Sister is an Actress

Her half sister, Lauren Bowles, is an actress and has appeared in roles alongside Julia on Seinfeld, The New Adventures of Old Christine and Watching Ellie.

Julia almost wasn’t cast in her career defining role as Elaine Benes on the NBC comedy series Seinfeld. In the pilot episode “The Seinfeld Chronicles” there is no female cast member. After the episode aired, the network demanded that there be a female presence on the show. Louis-Dreyfus beat out some big names when she auditioned for the role like, Rosie O’Donnell, Megan Mullally from Will & Grace and Patricia Heaon from Everybody Loves Raymond.

Over the course of her career, Julia has been nominated for 18 Emmy’s, 15 of which were as an actress, making her the most nominated comedic actress in Emmy history. In 2012, when she won her Emmy for the show Veep, she became the only actress to win three Emmy’s for three separate comedy series, Seinfeld, The New Adventures of Old Christine, and Veep.

Julia comes from a wealthy background. Her father is a French born American businessman, who is the chairman of a multi-million dollar enterprise known as Louis Dreyfus Energy Services. Her great-great-grandfather founded the French commodities and shipping conglomerate in 1851. However, Julia does quite well on her own. The actress is estimated to be worth about $200 million, much of that is from her Seinfeld success.

3. Youngest Female Ever Cast on SNL

Louis-Dreyfus was cast on the famous live comedy show, Saturday Night Live in 1982 after being scouted during a performance at The Practical Theatre Company in Chicago. Julia made history as the youngest female cast member to ever be cast on the show. It was here that she met writer Larry David who would later cast her for the show Seinfeld. Her husband Hall also appeared on SNL at the same time as Julia, making them the only husband and wife team to do so.

In 2010, Julia was awarded with a star on the Hollywood Walk of Fame. However, the honor fell short when they misspelled her name! The star reads, “Julia Luis Dreyfrus” — they forgot the hyphen in her name and the letter “o.” Apparently, she was a good sport and laughed off the mistake.

While filming for the show Seinfeld, Julia was able to hide two real-life pregnancies while still acting simply by wearing a roomy overcoat. In fact, she spent all of season 3 pregnant.