Home » Entertainment » TV » The 10 Most Streamworthy Episodes Of ‘Seinfeld’

The 10 Most Streamworthy Episodes Of ‘Seinfeld’ 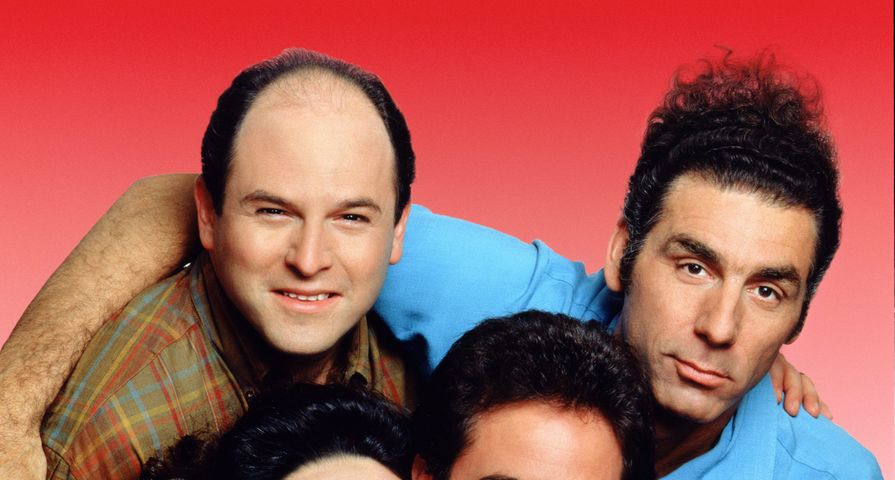 When people say “they don’t make them like they like used to,” Seinfeld is a great example. The quintessential show about nothing changed the comedy landscape and bucked the conventional trend that a series has to be a “instant hit.” Now as Hulu begins to stream Seinfeld and all of its catch-phrases, colorful nicknames and insane antics bubble back up to the pop culture surface, we wanted to take a look back at the best moments from the iconic series.

Admittedly as Seinfeld came to a close, it did get more and more outrageous, but there was just something crazy enough about “The Merv Griffin Show” that worked and needed to be on this list. The episode centered on Kramer (for no logical reason) finding the set of the classic Merv Griffin talk show in a dumpster and then re-assembling it in his apartment and channeling the late broadcasting legend.

As Kramer went through “tweaking” his format, Jerry, Elaine and George just went with it as did audiences who learned a long time ago to just watch Kramer be Kramer and enjoy it while it lasts.

Best Quote: “Where are the cameras?” – guest star Jim Fowler

Now while “The Calzone” is listed here…any of the episodes with the fictional version of former New York Yankees owner George Steinbrenner could have been included. Steinbrenner became a recurring character over the years as somehow George Costanza was able to land his dream job working for his favorite baseball team.

While what George actually did (or didn’t do) all those seasons as the travelling secretary never really came into play, what often did was his attempts to please the fictional Steinbrenner. In “The Calzone” he got his boss hooked at the Italian treat, but then got himself banned from the place, which left him no choice but to enlist Newman and eventually Kramer.

The episode’s other plots were also memorable including Elaine’s “boyfriend” Todd Gack and Jerry’s flavor of the week Nicki whose unique skills ensured they end up together by the credits. Overall, it’s a solid episode with a lot going on.

Best Quote: “I’m like a drug dealer. I got the guy hooked. I’m having lunch at his desk every day this week…just him and me. He doesn’t make a move without me.” – George

A show about nothing. Imagine walking into a network pitch meeting with that idea. Well basically that’s what Jerry Seinfeld and Larry David did and here audiences got to see an exaggerated version of what that must have looked like.

In “The Pilot,” NBC decides to shoot a pilot (a.k.a. “test episode”) for Jerry!, a not so thinly veiled spoof of the series. Jerry would play himself while his friends were brought to the screen through other actors (including a pre-Entourage Jeremy Piven as George).

Watching Jerry and George try to bring that minutia to a show within the show went over well with real life audiences, but sadly not with the fictional NBC executives who would eventually pass on it, though the concept came up a few times in later episodes…including the controversial finale.

Best Quote: “Did he just steal the raisins?” – George

Most series take the mistaken identity plot device and muddy it up to the point it is painful to watch, but not Seinfeld, as “The Limo” took it in a new and fun direction.

In the episode Jerry and George decide to take someone else’s limo from the airport, but what they don’t know is that it belongs to Donald O’Brien, the new head of Aryan union. The one thing working in their favor though is that O’Brien has never been seen in public before so nobody knows what he looks like.

Best Quote: “They can’t shoot us in the city.”/ “Naah, no one’s ever been shot in the city.” – George and Jerry

Who would have thought a trip to the airport would have been this interesting?

In one of the show’s early episodes from its Emmy-winning fourth season, George and Kramer race to the airport to pick up Jerry and Elaine. Yet weather issues force the pair’s plane to be diverted twice causing more havoc for all of them.

Aside from the in-air storyline revolving around Jerry getting an upgrade to first class and Elaine being stuck in coach, the on-the-ground plot with George and Kramer was spot on as they tried to plan the “perfect pickup.”

Best Quote:  “You *cannot* abandon people in the middle of an airport pickup! It’s a binding social contract. We must go forward, not back.” – George

As fans of the show know the series was famous for its addictive new catch-phrases and sayings…yada,yada, yada is one of its most well-known. Coined by George’s girlfriend (at the time), the expression was meant to gloss over parts of a conversation. Of course George’s paranoia kicks in and he demands to know what she’s “yada yadaing” about…and then quickly realizes he was better off not knowing.

The episode also included another appearance by a pre-Breaking Bad Bryan Cranston as a dentist that Jerry suspects converted to Judaism just for the jokes. Cranston was among a handful of recurring guest stars (including Debra Messing who also appeared in this episode) that help populate Seineld’s crazy universe.

Best Line: “I gotta tell you, I am loving this yada yada thing. I can gloss over my whole life story.” – George

The brilliance of ‘The Chinese Restaurant’ was that it perfectly fit into the show’s “nothing” premise. The series basically did an entire episode that revolved around Jerry, Elaine and George waiting for a table at a Chinese restaurant. The episode cleverly found ways for the characters to get into their own unique brand of trouble while doing something mundane like catching dinner before a movie.  While most series would use that as a part of story, the Seinfeld team brilliantly made it THE story.

Predictably, because it was so off the beaten path, NBC executives were not too fond of the idea…audiences on the other hand loved it and the episode’s gone on to be a fan favorite.

Best Line: “Do you ever notice how happy people are when they finally get a table? They feel so special because they’ve been chosen. It’s enough to make you sick!” – Elaine

Seinfeld’s core four could barely tolerate each other, but throw them into a confined space with others and that disgust with humanity began to amplify…quickly. This was one of the series’ most classic episodes and one of the rare ones that mostly takes place almost entirely outside of the show’s New York City setting.

In “The Hamptons,” the gang is invited out to the beach by new parents anxious to show off their “breathtaking” baby. Of course “breathtaking” takes on a few new meanings and things spiral from there on out.

However, baby aside, the best storyline from the episode revolves around George who once again was able to add a new word to our pop culture vocabulary with “shrinkage.” After Jerry’s girlfriend walks in on George changing, audiences everywhere learned what happens when a certain part of the male anatomy gets cold for an extended period of time.

George’s relationship with fiancée Susan Ross presented audiences with a number of hysterical situations. Her parents for example hated George no matter how hard he tried to win them over and introducing his parents to them did nothing to help the situation.

“The Rye” revolved around the Costanzas and Ross’ meeting for the first time and not exactly hitting it off. Throw in another get-rich scheme by Kramer involving a horse-and-buggy and discount beans and you get another classic Seinfeld situation that showed off what made the series so much fun to watch. Of course die-hard fans know that even after Susan’s untimely passing, George and his former in-laws to-be continued to irritate each other, resulting in even more interesting situations.

Best Line: “Let me understand. You’ve got the hen, the chicken and the rooster. The rooster goes with the chicken. So, who’s having sex with the hen?” – Frank Costanza

Ranked by TV Guide as the best episode of all time, “The Contest” definitely is among the most clever of any from the show’s run. The episode focuses on the foursome making a bet about who could go the longest without giving into their own desires.

As expected the network had some “concerns” about the content and the actors had to use a number of euphemisms to progress the story. The episode won series co-creator Larry David a Emmy for penning the script and “master of your domain,” and quickly became part of pop culture vernacular.

The episode even became part of the series’ history and was addressed in multiple episodes down the line including the finale when it was revealed, in classic Seinfeld-fashion, who really was able to hold out the longest.

Best Line: “But are you still “Master of your Domain?” – Jerry

The gang’s “go-to” lawyer Jackie Chiles said it best when he quipped to Jerry and Elaine in the finale “you people have little pet names for everybody.” Yet it’s hard to argue one of the best was for Yev Kassem, a.k.a ‘The Soup Nazi.’ Played by Larry Thomas, the hard to please soup maven is arguably one of the show’s most well-known characters and it’s not hard to see why.

Seinfeld’s best episodes were always when all four characters had ties to the main storyline and that was on full display here. From Jerry breaking up with his girlfriend over soup to Kramer befriending the equally bizarre business proprietor, all the pieces fit here right down to Elaine’s last act discovery that ended Kassem’s reign of verbal restaurant terror.

Best Line: “No soup for you.” (Really? What else would it have been?) – The Soup Nazi