Home » Entertainment » Celebrities » Cast Of Nashville: How Much Are They Worth? 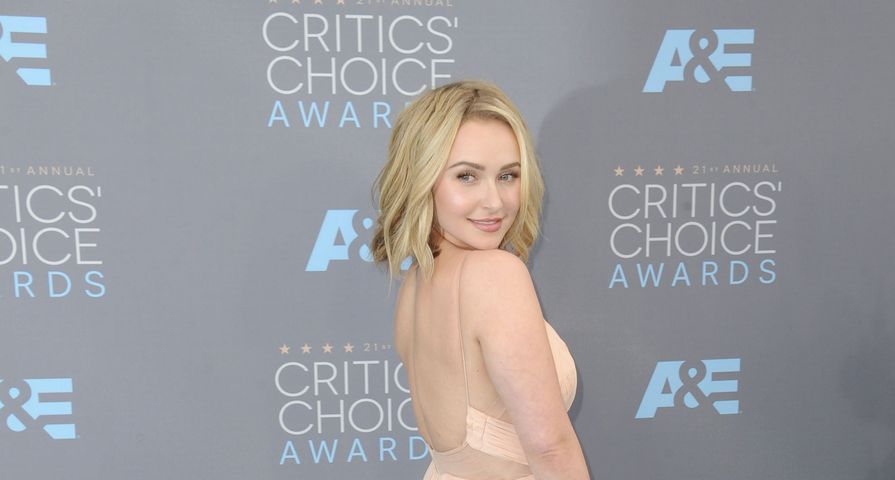 The musical drama Nashville won over our hearts with its amazing musical performances, incredible cast and of course, those celebrity guest appearances with country music stars! The ABC hit show is four seasons into the series and continues to be successful as it gives viewers an inside look at what the music industry is like in Tennessee’s famous music city, Nashville. The show’s cast is extremely diverse, with actors and actresses who are relatively new to the acting world, like Clare Bowen alongside experienced veterans like Connie Britton. This list contains a roundup of the main stars on Nashville and how much each actor is worth.

Estimated Net Worth: $2 million. This American actor, singer and former model gets to play the Southern heartthrob, Will Lexington. Besides this role, Carmack is probably most widely recognized for his role as Luke Ward in the popular television series The O.C. These two roles have largely contributed to his resume, and $2 million net worth, but he’s also made a career in modeling jobs with jobs at Guess, Nautica, Macy’s, Target, Lord and Taylor, Elle France, Cosmogirl and Abercrombie & Fitch. He’s been in some notable films like Love Wrecked, Bring It On, The Butterfly Effect 3: Revelations, Into the Blue 2: The Reef — but his money making jobs have been on the small-screen. In addition to his main roles on The O.C. and Nashville, he’s had reoccurring roles on the shows Beach Girls and Related. Carmack has also had many guest appearances on popular series like Smallville, CSI: Miami, Desperate Housewives, NCIS, CSI: NY and Jake in Progress, to name a few. All of these jobs have contributed to Carmack’s small, but mighty fortune of $2 million.

Estimated Net Worth: $4 million. Eric Close’s career began after being recognized in the theater production Rat Songs, and was offered a part in the film American Me. He then went on to create a career in daytime television as Sawyer Walker on the Soap Opera Santa Barbara — he even received a Soap Opera Digest Award nomination for his role. He’s had notable roles on series like McKenna, Sisters, Dark Skies, Now and Again, Without A Trace, Chaos, Suits and was in two episodes of the wildly popular American Horror Story: Murder House. His role as Martin Fitzgerald on Without A Trace was a huge money maker for Close as the show ran for an entire 7 seasons. He’s also done guest appearances on shows like Kim Possible, Criminal Minds, and Law & Order: SVU. His impressive resume doesn’t stop there! He’s also contributed to his net worth with roles in popular films like American Sniper and The Magnificent Seven. Eric Close has been acting for a long time, and all of these jobs have amassed him an estimated net worth of $4 million.

Estimated Net Worth: Unknown. Sam Palladio hasn’t built up as big of a career as some of his cast mates, but he’s still been around the block and across seas — he’s a British actor and musician! His biggest career advancing roles has been on Nashville as the charming Gunner Scott, but prior to that he had roles in the films: Runner Runner, Strange Magic and 7 Lives. He also had a reoccurring role on Episodes which featured Matt LeBlanc, and guest appearances on shows like, Little Crackers, Doctors, The Hour and Cardinal Burns. Other than starting up an acting career, he was the lead singer in a band called Salt Water Thief. Sam Palladio’s career is only beginning so it is hard to tell what his estimated net worth might be, but we’re guessing with his past film credits and handful of television roles, it’s somewhere around $500 thousand, but it will definitely continue to climb with the success of Nashville!

Estimated Net Worth: $3 million. What some people might not know is that Jonathan Jackson is an extremely successful soap opera star and has won 5 Emmy’s and 2 Soap Opera Digest Awards for his time on General Hospital. This was his first notable role and it contributed greatly to his overall worth, but he eventually moved onto films with roles in The Deep End of the Ocean starring Michelle Pfeiffer, Insomnia, Dirty Dancing: Havana Nights, Riding the Bullet, Venom, A Little Thing Called Murder and Kalamity, just to name a few. His band Enation had some success with several albums and songs featured on shows like One Tree Hill, Riding the Bullet and General Hospital. His biggest television role has undoubtedly been as Avery Barkley on Nashville and as Lucky Spencer on General Hospital, but he’s also had reoccurring and guest appearances on the shows, Terminator: The Sarah Connor Chronicles, One Tree Hill, The Twilight Zone, Night Visions and Boy Meets World. Jackson is a seasoned actor and he’s accomplished a lot in his career, thus managing to make an estimated net worth of $3 million. Impressive!

Estimated Net Worth: Unknown. The 31-year-old Australian actress is a fan favorite on the show Nashville in her portrayal of Scarlett O’Connor. Viewers are constantly blown away by her hauntingly beautiful voice, and despite her success now, Clare Bowen is somewhat unknown in America. Her prior jobs have been in Australian productions like the film The Combination, and she’s guest starred in the Australian television series: The Cut, Gangs of Oz, Chandon Pictures and Home and Away. She landed her first leading role in 2010 in the rock musical Australian film Spring Awakening which was artistically overseen by Cate Blanchett. Her next big break was on the ABC drama series Nashville which has gained her a lot of notoriety. Her gifted singing voice has landed her several theater productions, stage performances and a solo album. Her overall estimated net worth is largely unknown, but based on her current work and passed acting gigs we believe shes’s sitting somewhere around $400 thousand.

Estimated Net Worth: $15 million. Hayden Panettiere is one of the youngest cast members on Nashville, but she has the highest net worth. This is because she’s been in the acting biz since she was an infant! She appeared in a commercial when she was only 11-months-old, and then worked in daytime television for six years on One Life to Live and Guiding Light. We all remember her as a child in the film Remember the Titans, and she’s had many other notable roles like Amanda Knox: Murder on Trial, Scream 4, Ice Princess, Raising Helen, Normal, Ally McBeal, Tiger Cruise and I Love You, Beth Cooper. Her acting career is extensive between film and television — she is widely recognized for her main role on the hit show Heroes, and she’s also been a returning guest host on Punk’d. She was nominated for a Grammy Award for her single in the film A Bug’s Life, and she’s recorded numerous other singles for Disney Channel films and productions. She’s had modeling and endorsement deals and even lent her voice to characters in numerous video games. It’s pretty clear Hayden Panettiere has been busy accumulating her net worth! She’s no stranger to the game and been around for quite some time before nestling into her Nashville role as Juliette Barnes making $75 thousand per episode. All of this work has amassed her an estimated net worth of $15 million.

Estimated Net Worth: Unknown. Charles Esten, who’s also known as Chip Esten is an American actor, singer and comedian who’s been around for a long time, but working as a comedian he never had too big of an impact on screen. His first big gig was on the popular guest on the improvisation show Whose Line Is It Anyway? He took a break to play the role of Luke on Party of Five, but eventually returned when Drew Carey hosted. He went on to do guest appearances on The Drew Carey Show, was a reoccurring guest on Drew Carey’s Green Screen Show and a regular on Drew Carey’s Improv-A-Ganza. In 2003 he did a brief stint hosting a semi-scripted comedy show called On The Spot, and had some small film roles in 61*, The Postman, Thirteen Days and Swing Vote. His biggest television guest roles have been on The Office, The New Adventures of Old Christine, ER, Big Love, Wilfred, Jessie, The Mentalist, NCIS: Los Angles, along with a few more. But of course, Nashville has been his biggest home hitter as a series regular. He’s kept a low profile most of his career trying to make it as a comedian, which is probably why his net worth is unknown, but it’s most likely somewhere around $350 thousand to $400 thousand.

Estimated Net Worth: $8 million. Connie Britton is a beloved actress who began her career working on off-Broadway productions. Today, she’s a singer, actress, producer and UNDP Goodwill Ambassador. She landed her first film credit in The Brothers McMullen, leading her to land reoccurring roles on television programs like Ellen, Spin City, The Fugitive, 24 and West Wing. She starred in short-lived sitcoms like The Fighting Fitzgeralds and Lost at Home. Her break out main role was definitely on the popular drama series Friday Night Lights where she took on the role of Tami Taylor. She also landed a lead role in season 1 of the FX horror-drama series American Horror Story. She has extensive film experience, but her most notable have been: A Nightmare on Elm Street, Friday Night Lights, The Last Winter, Me and Earl and the Dying Girl, This Is Where I Leave You and American Ultra. She’s currently starring in Nashville making a whopping $100 thousand for each episode, and has a role in the new FX series The People vs. O.J. Simpson. Surely we can expect more from this beautiful actress in the near future! Connie Britton is sitting comfortably on an estimated net worth of $8 million.